Case 45 mm in diameter, in Texalium, carbon-fibre with aluminium coating, in two available colours, blue and grey. Water-resistant to 100 metres

Strap in blue denim on black rubber with titanium studs; strap can easily be removed with a pushbutton system; clasp with carbon-fibre deployant buckle 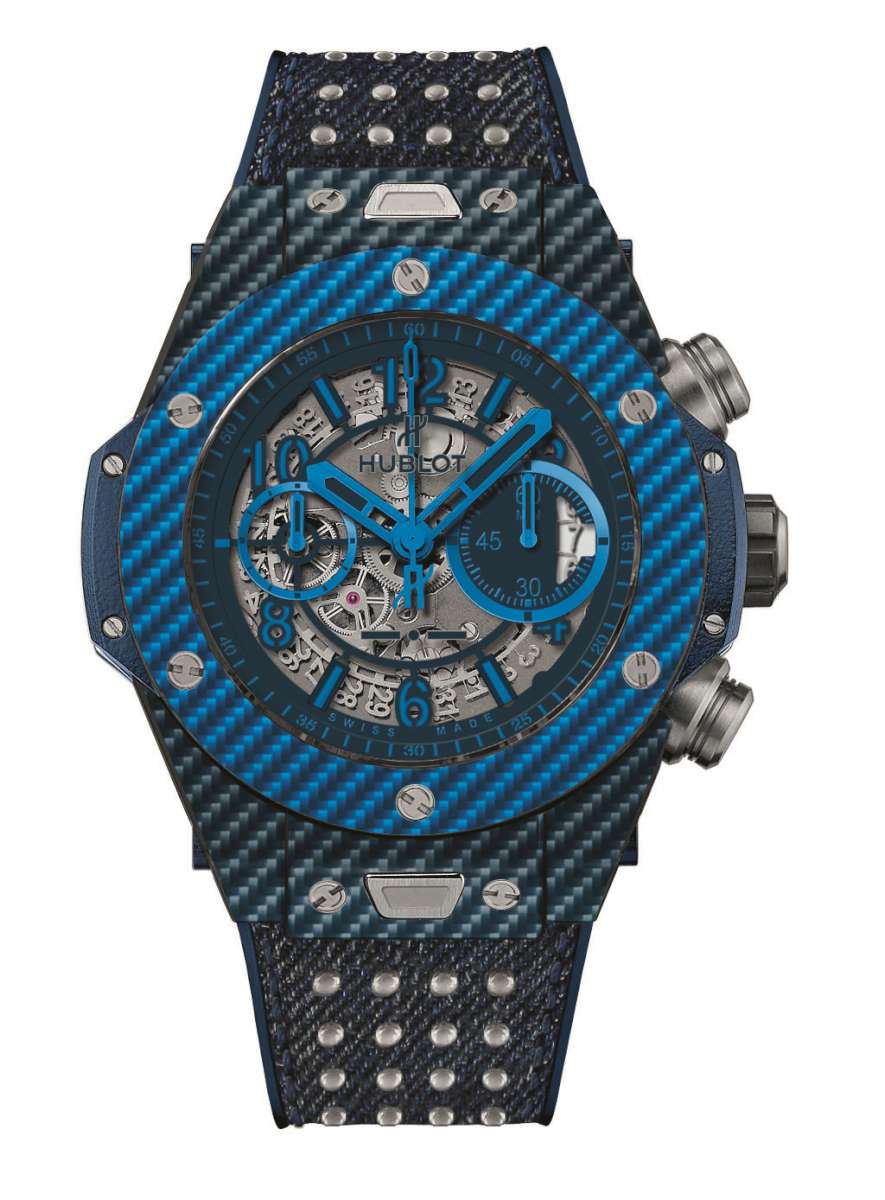 This is the operation that was announced by Hublot in November 2014 and presented at Baselworld 2015: the Hublot Big Bang Unico Italia Independent is the result of a partnership with Lapo Elkann’s company Italia Independent whose core business is eyewear. The Big Bang flyback chronograph is Hublot’s classic Unico, but with a case and bezel in Texalium, aluminium-coated carbon fibre that can be made in different colours, and in particular the bright shade of blue that Mr. Elkann particularly likes. 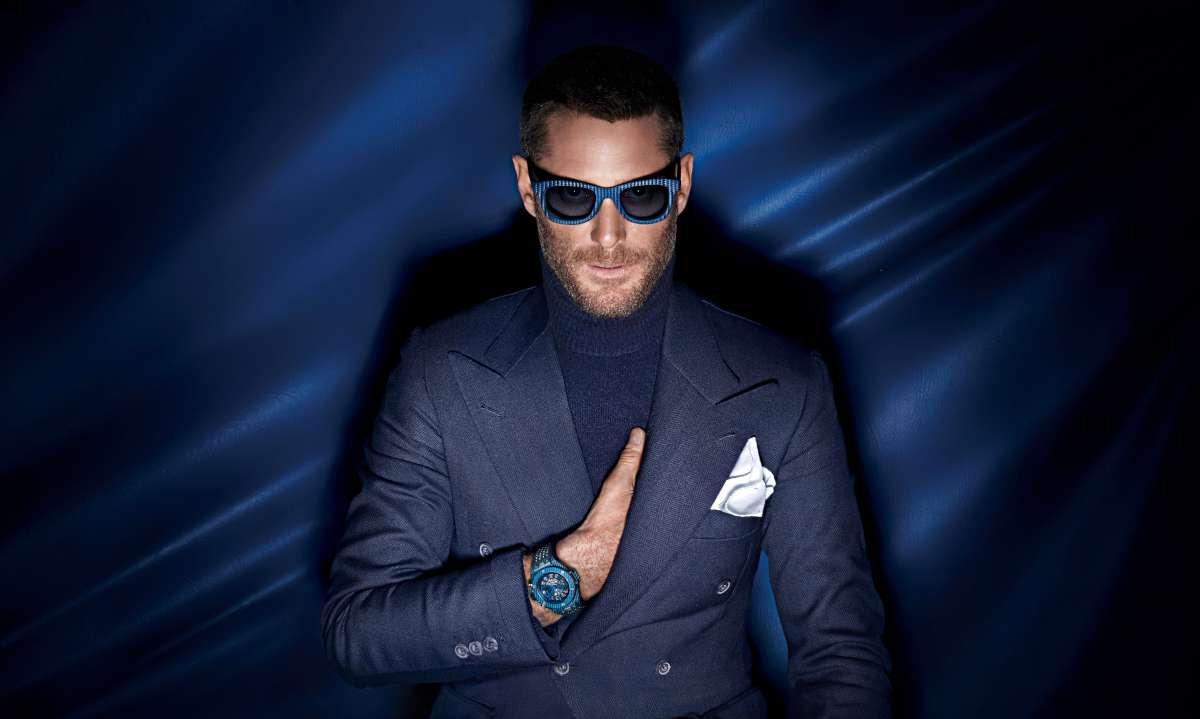 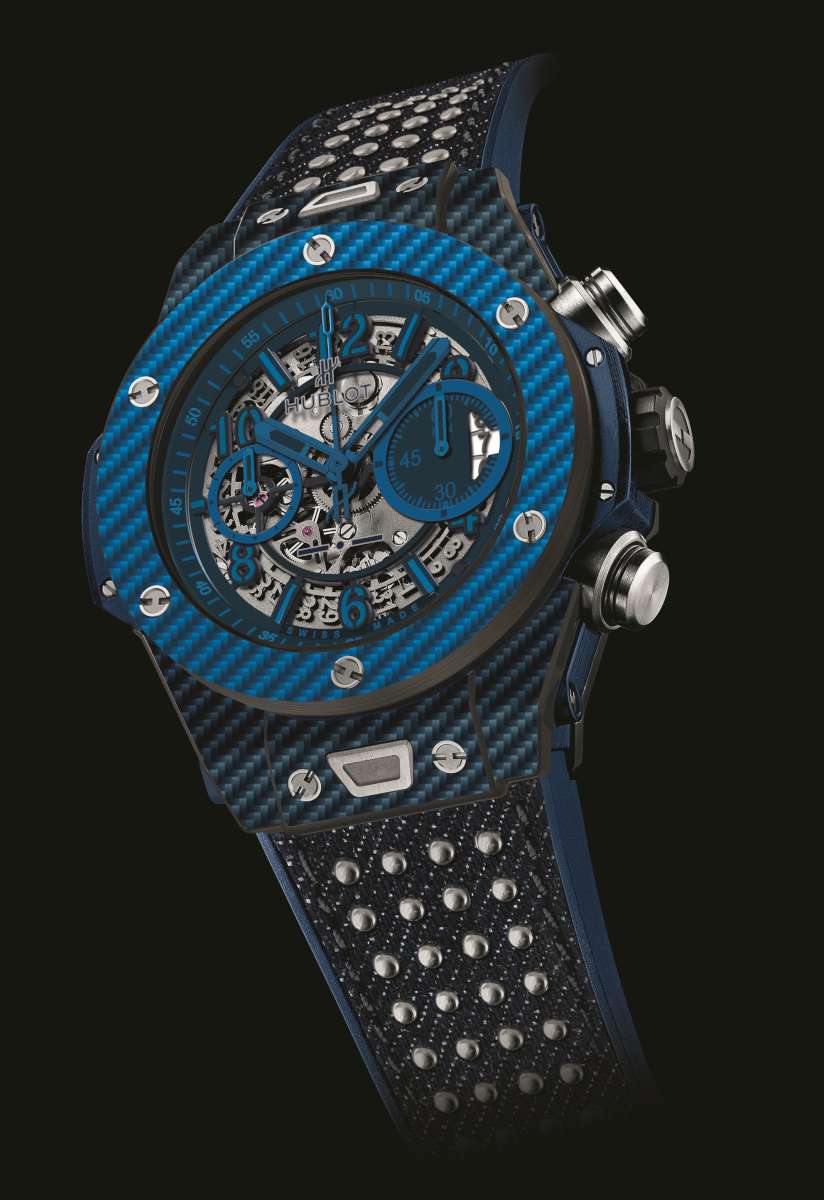 Lapo Elkann likes blue shoes as well, and the watch mirrors that as well, with a strap made from denim fabric with the grey or black studs often seen on the latest fashion footwear.

There is something about this particular Hublot Big Bang flyback chronograph that I don’t like, and that is the date window that interrupts the scale on the chronograph minutes subdial. If you’re using the watch to time something and the event lasts between 12 and 18 minutes, you’ll have to take a guess at the duration in minutes. This, and the fact that the seconds scale around the edge of the dial has just whole second markings, shows that this is one of the many chronographs (click here to see another example) in which the subdials are more a form of decoration than a practical time-measuring instrument. This is my personal opinion, of course: in today’s world, appearance comes first and foremost, and watches have become subject to the rules of fashion, and so a piece such as this is wholly functional as a fashion accessory.

The Big Bang chronograph has been around since 2005 and it was initially powered by the ETA Valjoux 7750 with modifications by Hublot. In about 2009, Hublot purchased some of the assets and equipment of movement manufacture BNB Concept founded in 2004 by movement designer Matthias Buttet with two associates, after this company filed for bankruptcy. Hublot’s Jean-Claude Biver took on Buttet as well, and so was able to begin designing and building its own movements, and in particular the Unico which was first presented in about 2010. This flyback chronograph movement has a few distinctive features, principally the column wheel that is on the dial side. As column-wheel chronographs are generally considered as the highest-quality chronograph movement, brands often ensure that the actual column wheel itself is visible through the transparent caseback. Hublot is probably the first brand to place it dial side, complete with Hublot’s H logo at the centre. 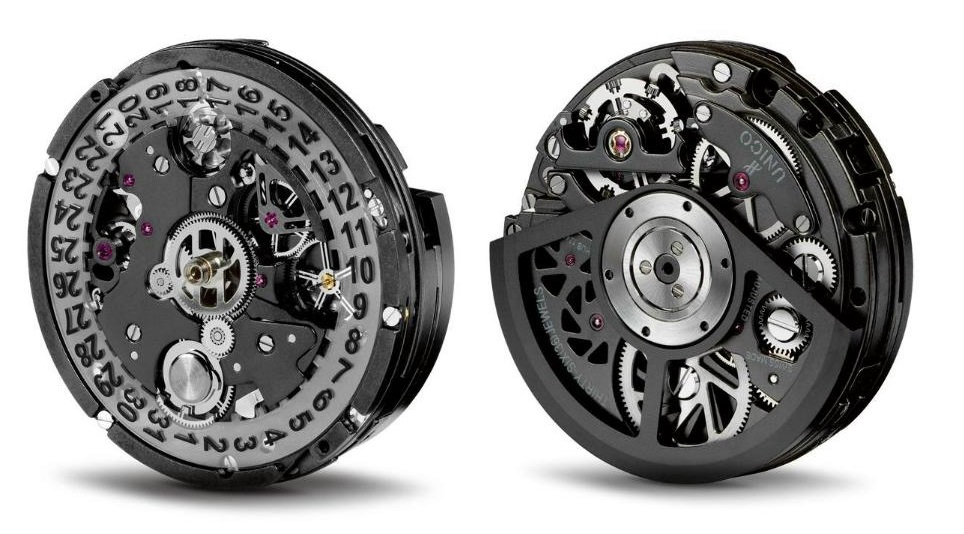 The other unusual characteristic of the HUB 1242 UNICO movement is its modular construction, with an escapement assembly comprising a pallet fork and escapement wheel made from silicon and fixed to a removable platform that can quickly be removed for service. The use of silicon for these important components help increase the efficiency of the watch, contributing to its 72-hour power reserve. The movement also has a double horizontal clutch, instead of the vertical clutch that is more usual for a column-wheel chronograph. It runs at 28,800 vph, 4 Hertz. 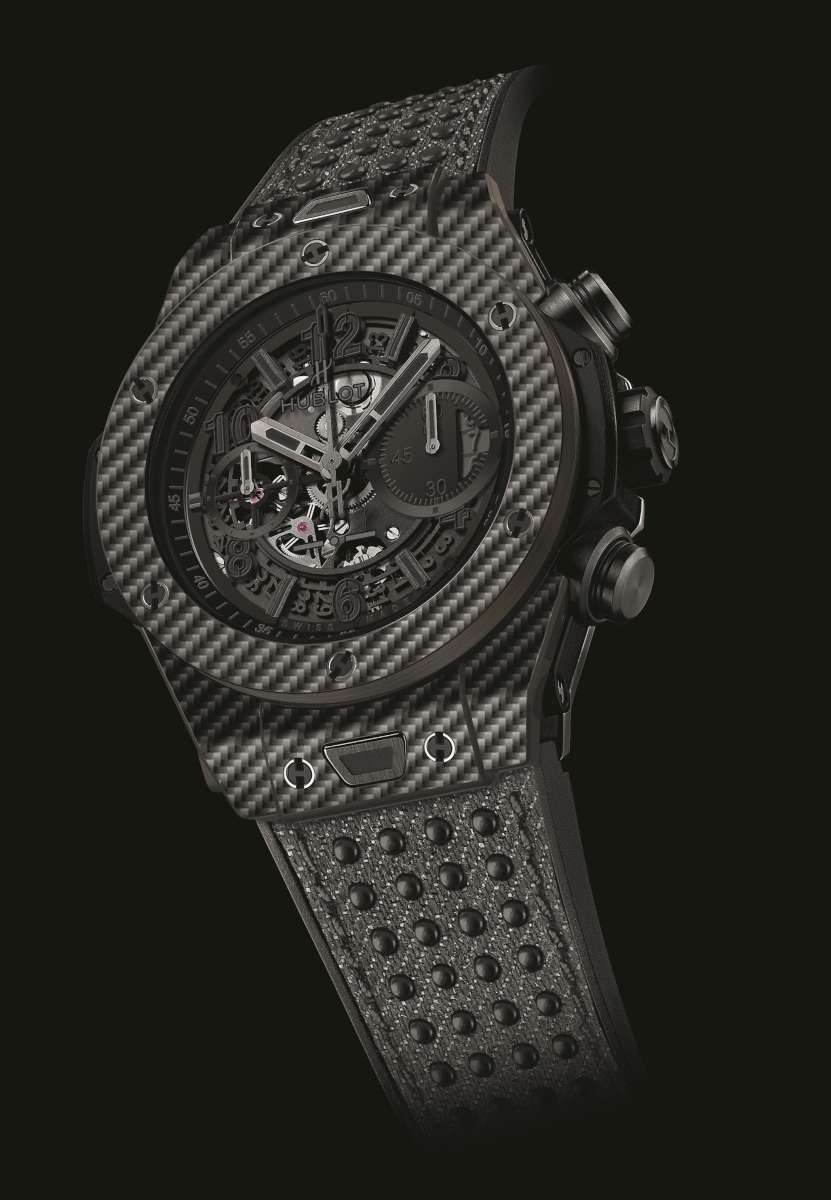