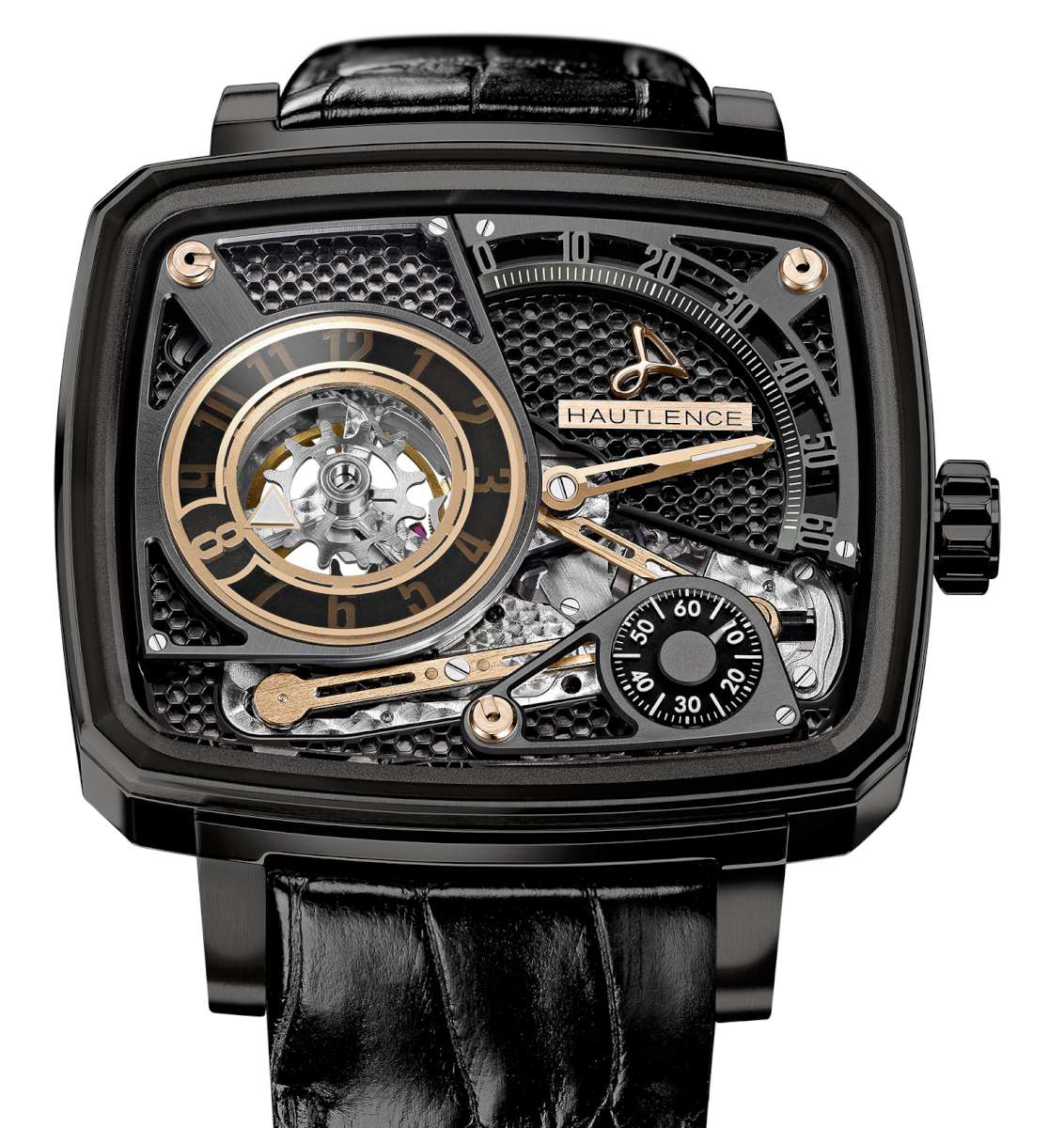 The HL Black Ceramic is a good example of Hautlence’s mission to create different ways of telling the time. It is the new version of an existing model – the Hautlence HL, the brand’s very first calibre presented a couple of years after the brand’s foundation in 2004 – with jumping hours on the left, retrograde minutes at top right and seconds at bottom right. 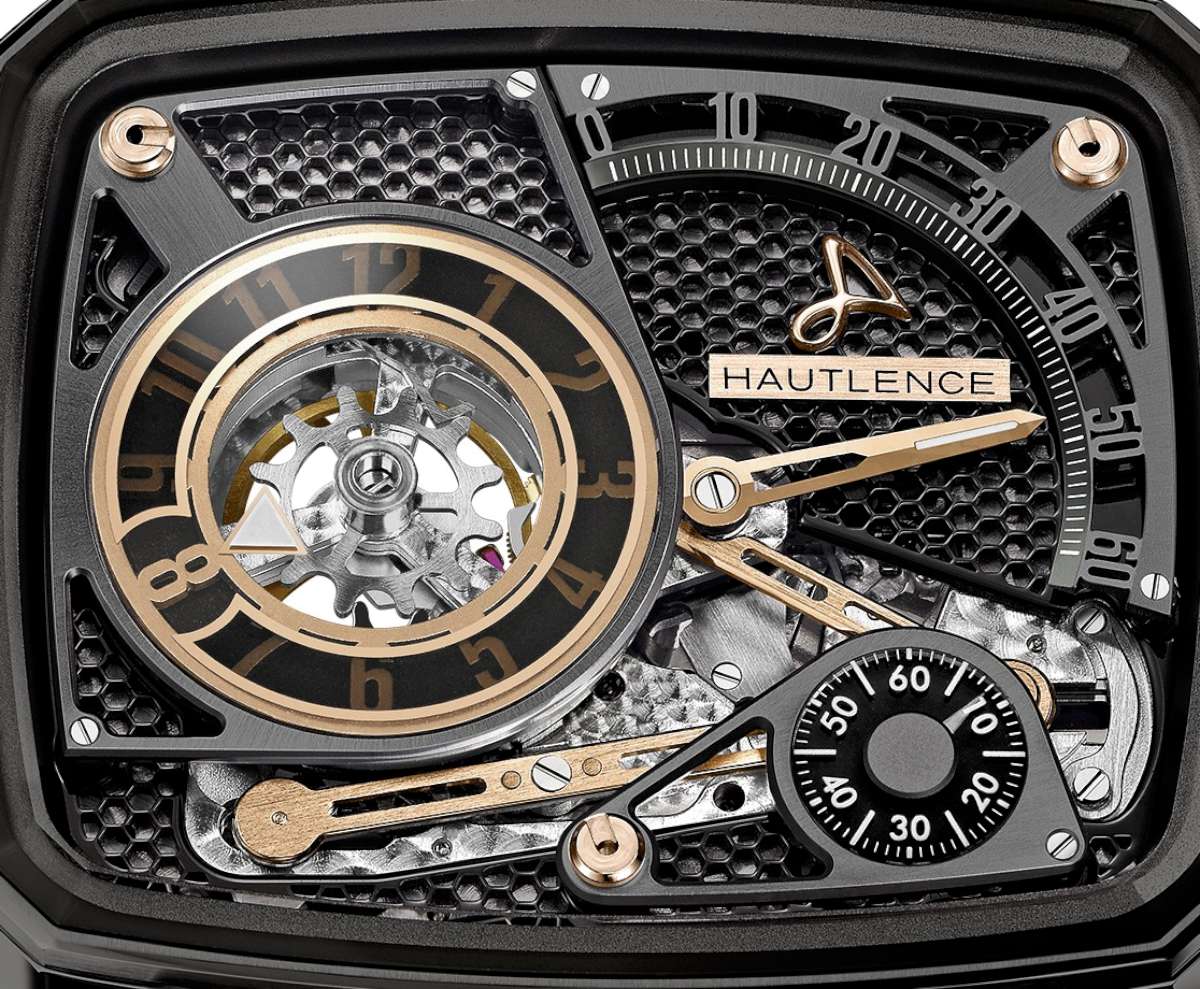 The hours are shown by a sapphire disc with a fully transparent area, so that on the hour the disc rotates to reveal the correct numeral. The dial’s appearance is based on the contrast between the black case and honeycomb base, with details in gold-plated metal. The openworked plates holding the hour disc, minutes scale and seconds disc are in black gold. The connecting rods driving the retrograde minutes display and the jumping hours are in prominent view, and other parts of the skeletonized movement can be glimpsed through the honeycomb structure.

Case and lugs are in black ceramic, and the case’s size and shape makes it wearable for anyone: 37 x 43.5 mm, 10.5 mm thickness. Inside, the hand-wound Hautlence HL in-house calibre has 206 components and provides a power reserve of 40 hours, running at 21,600 vph (3 Hertz). The watch is mounted on a black alligator strap with a clasp in black PVD-coated steel. Below, the back of the movement, visible through the sapphire caseback. 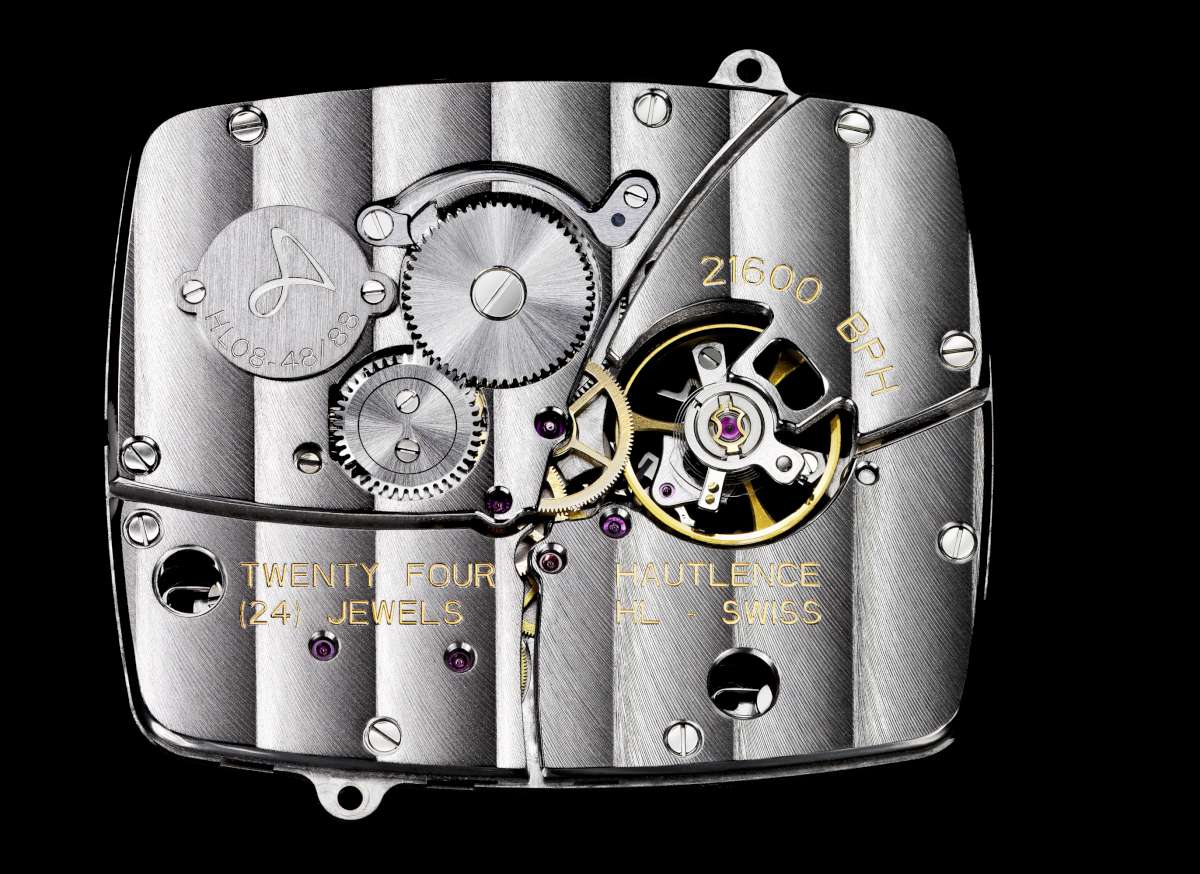 The watch is a good example of the sort of innovation performed by Hautlence, not only on their watches, but also as concerns their operation. The company consists of just ten people, including two watchmakers and two engineers, and they commission components from third-party suppliers, assembling them in-house. In 2014, they produced 200 watches, and the figure for 2015 is expected to reach about 400. 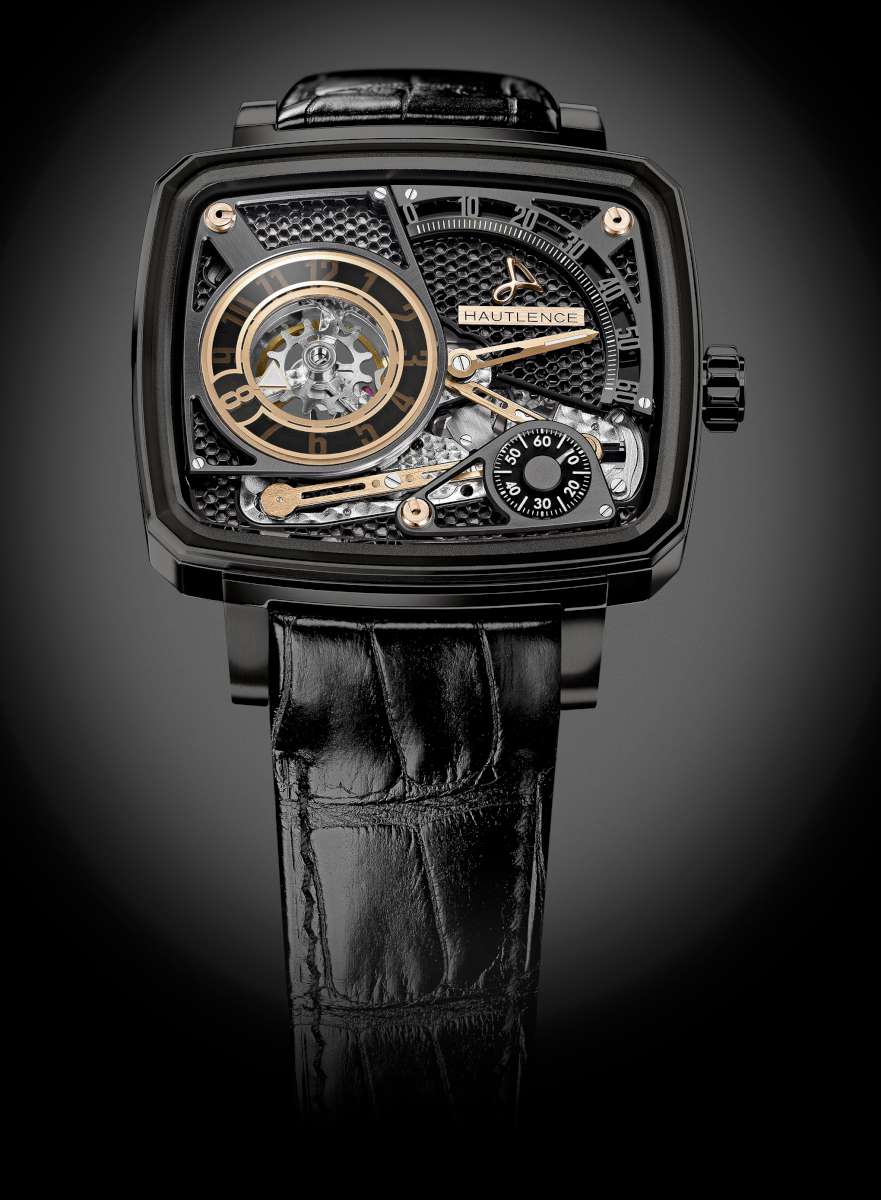