Removable charm, white gold arrow with ruby heart; it can be attached at 12 or 6 o’clock as desired

Bezel set with just over 0.5 carats of diamonds 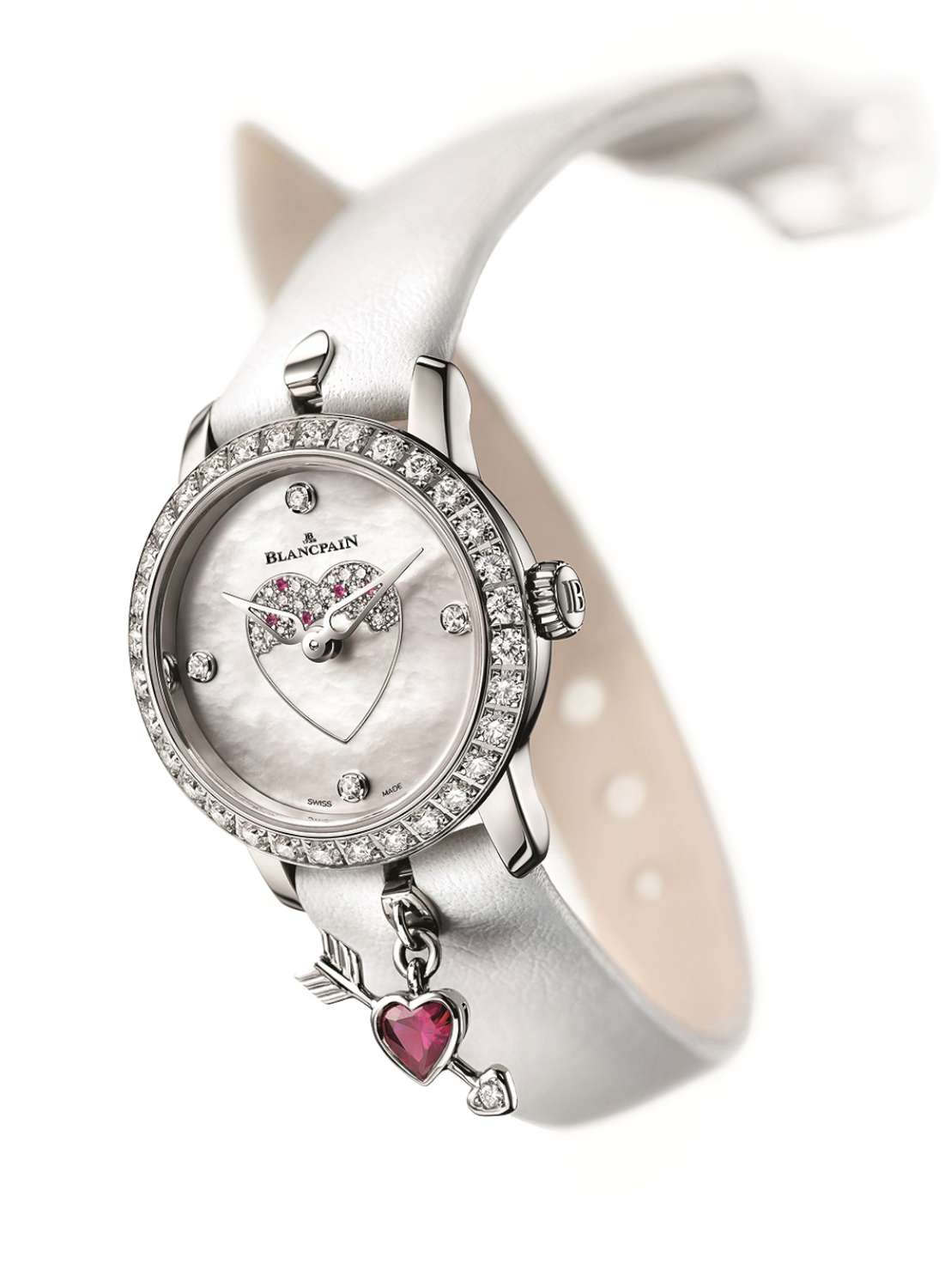 Blancpain has presented its 16th Valentine’s day watch, a small, elegant and romantic piece, whose highlight is a removable charm in the shape of a white gold arrow with ruby heart. It can be attached at 12 or 6 o’clock as desired. Blancpain’s charms first appeared at Baselworld 2015, though to be honest they are far more a tradition at Van Cleef & Arpels, whose charms are attached to the bezel in such a way that they can rotate around it. 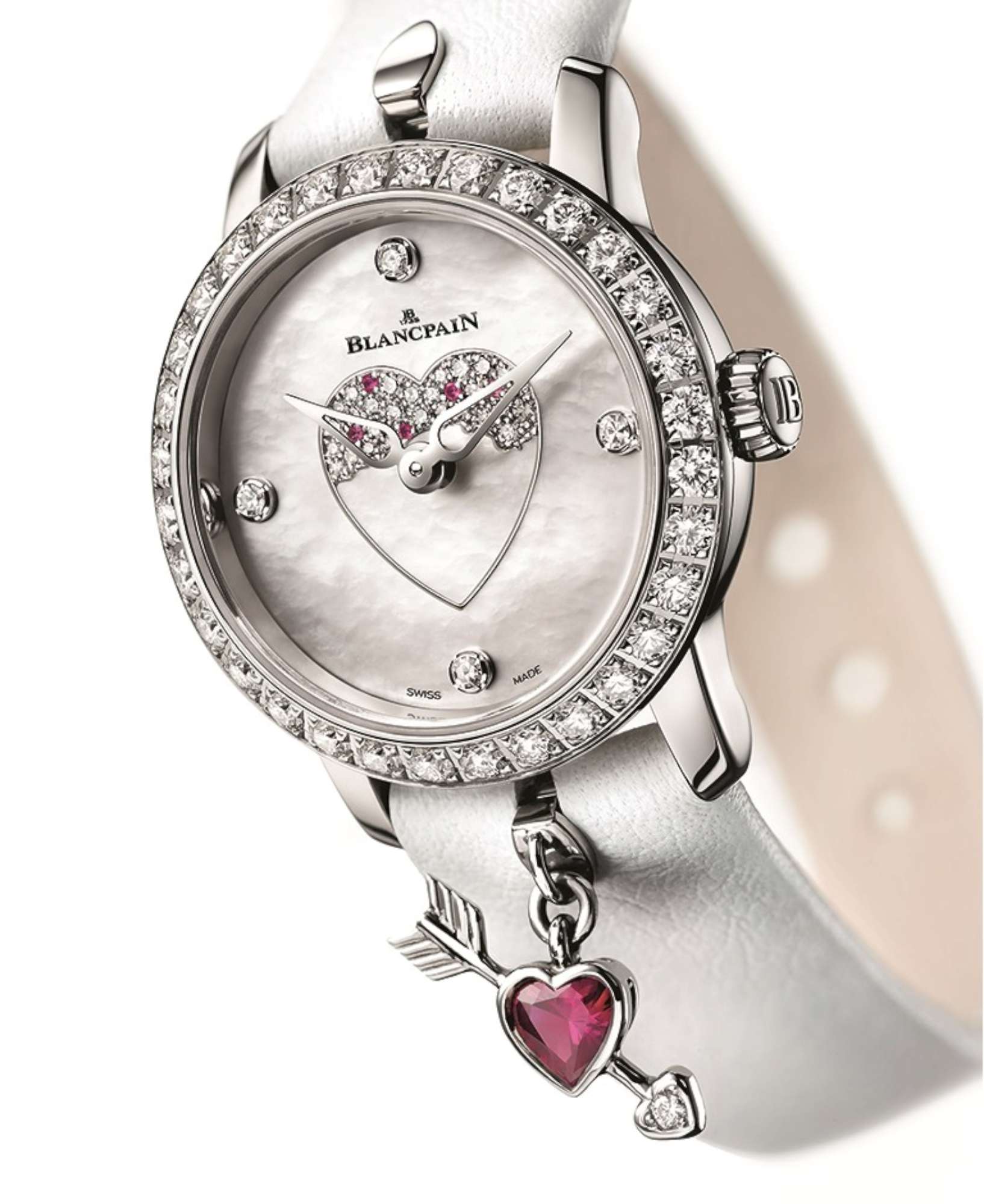 The Blancpain Ladybird for Saint Valentine’s Day 2016 is also notable for its small size, 21.5 mm, and its small self-winding movement, the maison’s own calibre 6150, equally diminutive at just 15.7 mm in diameter and 3.9 mm thick, with 180 components, now equipped with an anti-magnetic silicon balance spring and providing a power reserve of 40 hours. It is one of the smallest watch movements in the world (the record is still held by Jaeger-LeCoultre’s Calibre 101, launched in 1929 and weighing just a gram).

This year’s Ladybird has a mother-of-pearl dial, with decoration in diamond and rubies, and a bezel set with just over 0.5 carats of diamonds. The watch has a calfskin strap. It is a 99-piece limited edition. Price on application from the brand’s points of sale.