This version of the Apple Watch, with rose gold case, costs $17,000

The Apple Watch has a huge number of apps, and a lot of resident functions that include measuring and sharing heart rate, drawing sketches and sending them to someone else, notifications, nudges, email...

The H. Moser Swiss Alp has one app, displaying time, plus a power reserve indicator on the back

Beautiful design, both the case and the straps or bracelets, which use magnets to make them interchangeable, easily adjustable, and easy to open and close. The functionality of the crown and the "taptic" screen, which can distinguish between light and heavy taps, are also sophisticated features

H. Moser's hallmark is its graded dial, which gives its products an instantly recognisable appearance. In this piece, the modern style of the case, deliberately based on the Apple Watch, contrasts with the traditional watchmaking finish of the movement seen through the caseback

The Apple Watch will keep going for 18 hours, and then it has to be recharged using the supplied cable. Not only are you "connected," you're tightly bound to electricity

The Swiss Alp has a power reserve of 100 hours, so you wind it, and then 3 or so days later, you rewind it. No electricity, just you and your watch

The Apple Watch is as collectable as a gold ingot. Its price is based purely on the materials

The Swiss Alp by H. Moser is a limited edition of 50 pieces, they're sure to sell out in a jiffy

Just like computers and smartphones, the Apple Watch will need regular upgrades and will eventually become obsolete

The H. Moser Swiss Alp, like all mechanical watches, don't need upgrades, just a bit of maintenance every few years. It will be an object that will live for longer than its owner 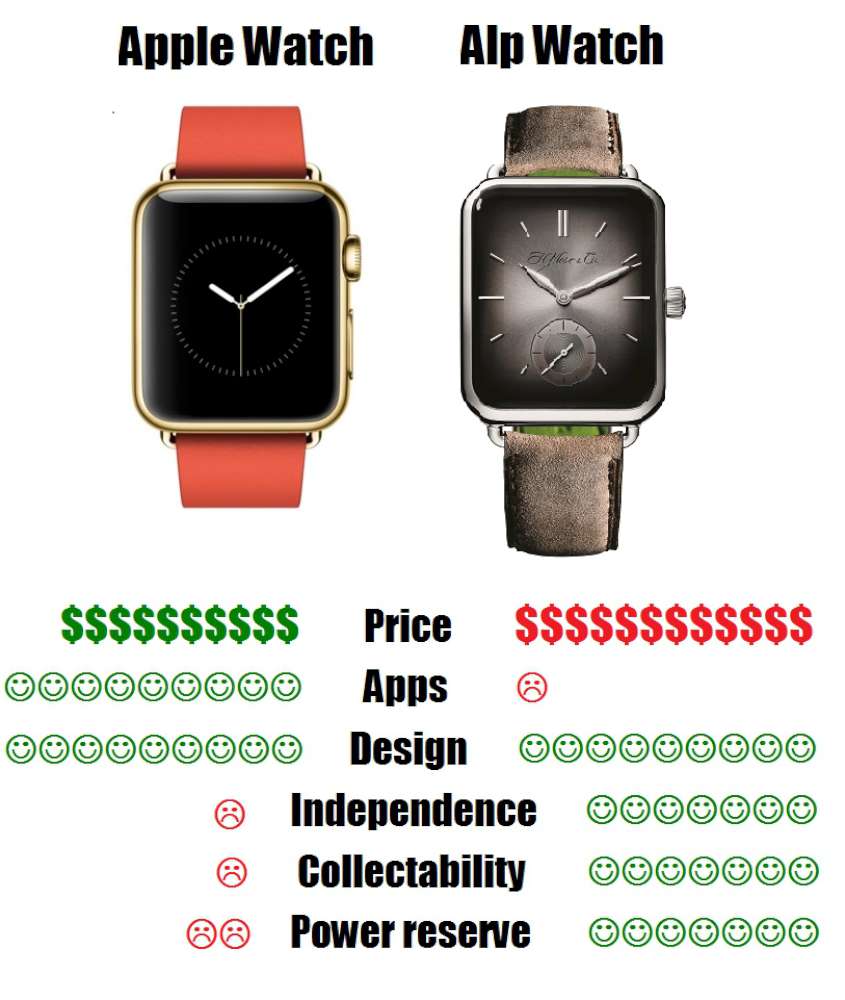 The Apple Watch was announced by Tim Cook on 9 September 2014, and it immediately sent shivers through the spines of everyone involved in the mechanical watch industry, in particular in Switzerland. This was understandable, because in the 1970s, the introduction of cheap quartz watches from Japan and the United States put about two-thirds of Swiss watch brands out of business. Today, a few brands are reacting to the challenge of smartwatches and are incorporating “connectability” into their timepieces in one way or another (Montblanc, Bulgari, IWC, Alpina, Frédérique Constant). Many on the other hand are simply continuing to do what they have always done, making prestige mechanical watches and ignoring the new electronic timepieces. 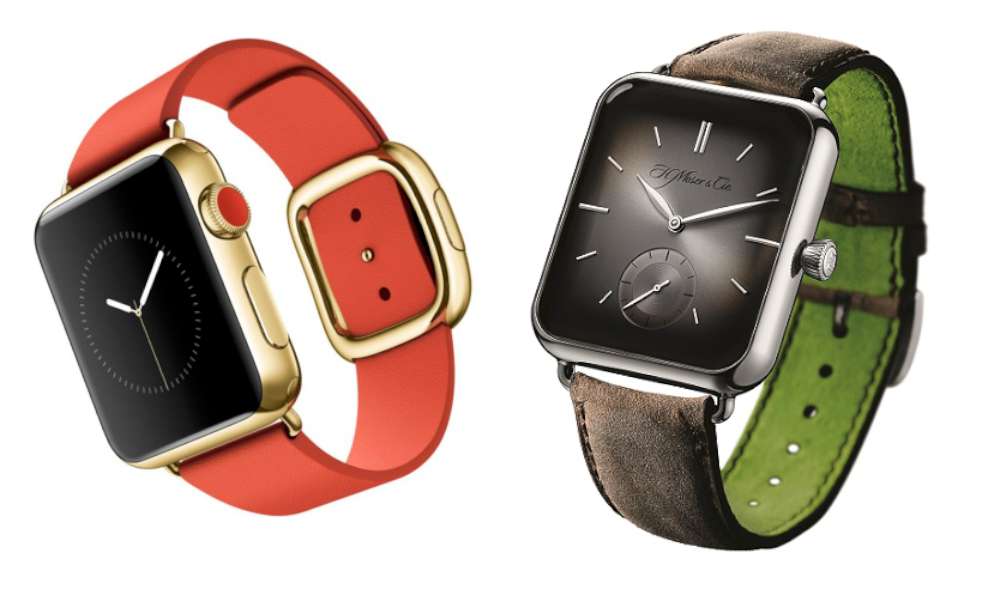 It’s very much a David and Goliath situation. Apple is a multinational giant, H. Moser is a small company making about 1,500 timepieces a year. Edouard Meylan, CEO, says, “The Swiss Alp Watch is symbolic. It represents our resilience, our ferocious desire to fight for our values and traditions. It embodies everything we believe in.” Even the name is a touch of brilliance: Alp is not far from Apple, and (as far as I know) it had never been used for a watch.

The Swiss Alp was made over a relatively short timespan, using an existing movement, and it was deliberately designed to resemble the Apple Watch, with the same case shape, similar wire lugs, and a strap incorporating a bright colour. Differently to the Apple Watch, the Swiss Alp has a fumé dial, one of H. Moser’s hallmarks, and of course a mechanical movement, the hand-wound HMC324 calibre that offers an exceptional power reserve of 100 hours. But in its marketing it takes the fight direct to Apple.

“The Swiss Alp Watch does not allow you to make calls, or send messages to share the latest gossip; it does not give you the option to send beautiful sketches you have created on a two-inch screen or to share your heart rate. It does much more than that: it lets you reconnect to what matters in life. It takes you back to sharing emotions with your nearest and dearest without a filter, interface or embellishment. Most importantly, it is something you can pass on to your children one day without having to upgrade it.” Edouard Meylan proudly asserts the lasting value of a mechanical watch, an object with just one “app,” time, as opposed to the 4,500 available apps for the Apple Watch. The Swiss Alp has just one extra complication: a power reserve indicator, visible through the sapphire caseback. The HMC 324 movement is designed and built in-house, and it runs at 18,000 vph, 2.5 Hertz.

The real difference between the two products is how you keep them going. The Apple Watch has to be recharged every 18 hours if you’re lucky, probably more frequently as the battery ages. What Apple calls “power reserve” is a function by which, when power starts running out, the device switches everything off except for the time function which will keep going for max 72 hours. So you’re a slave to the electric mains. Wherever you are, you have to find a place to plug it in. You wind the Swiss Alp by hand, put it on, and it will keep running for 100 hours, 4 days. All you have to do is to wind it up again every few days and it will keep running indefinitely. Without electricity, without wi-fi. 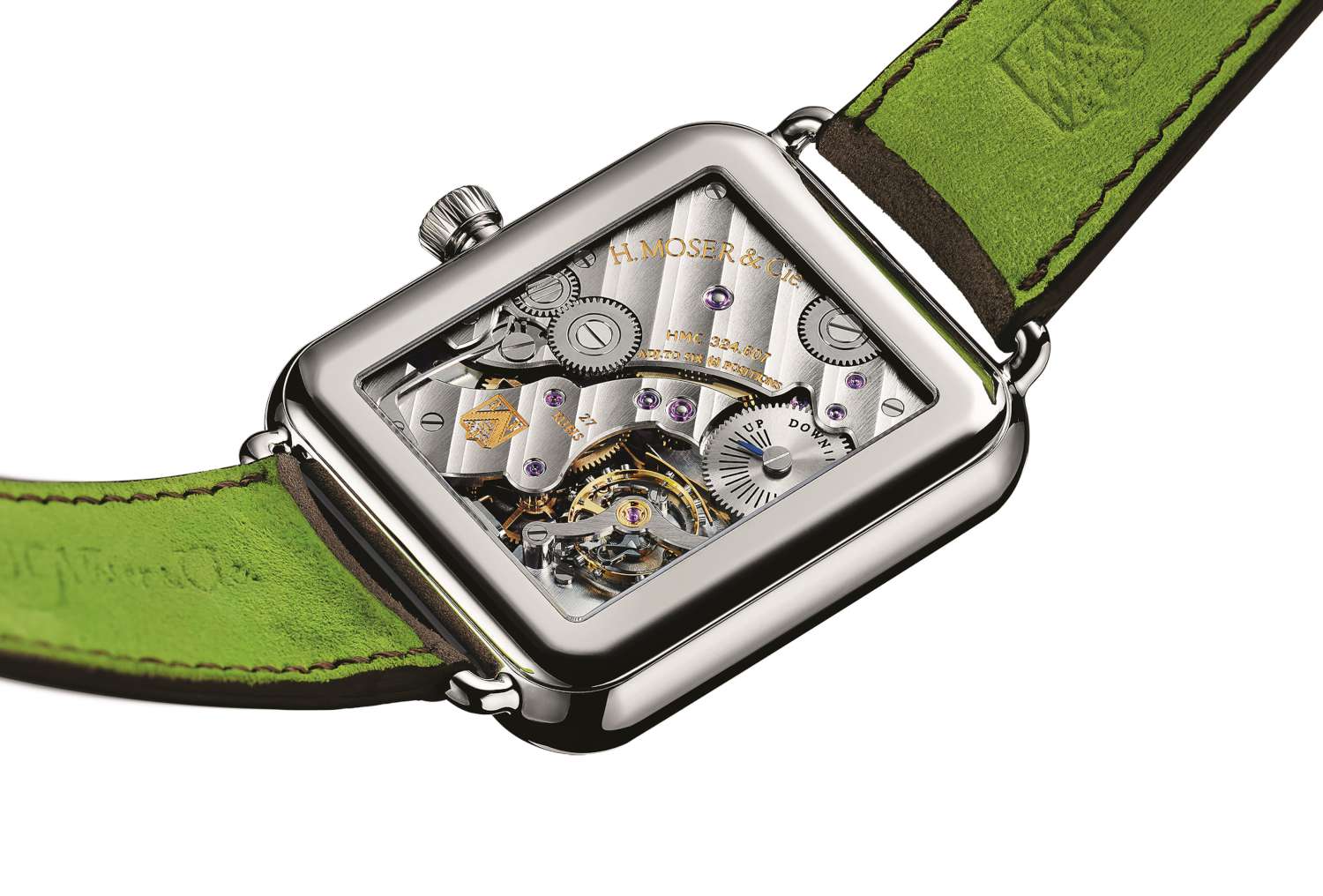 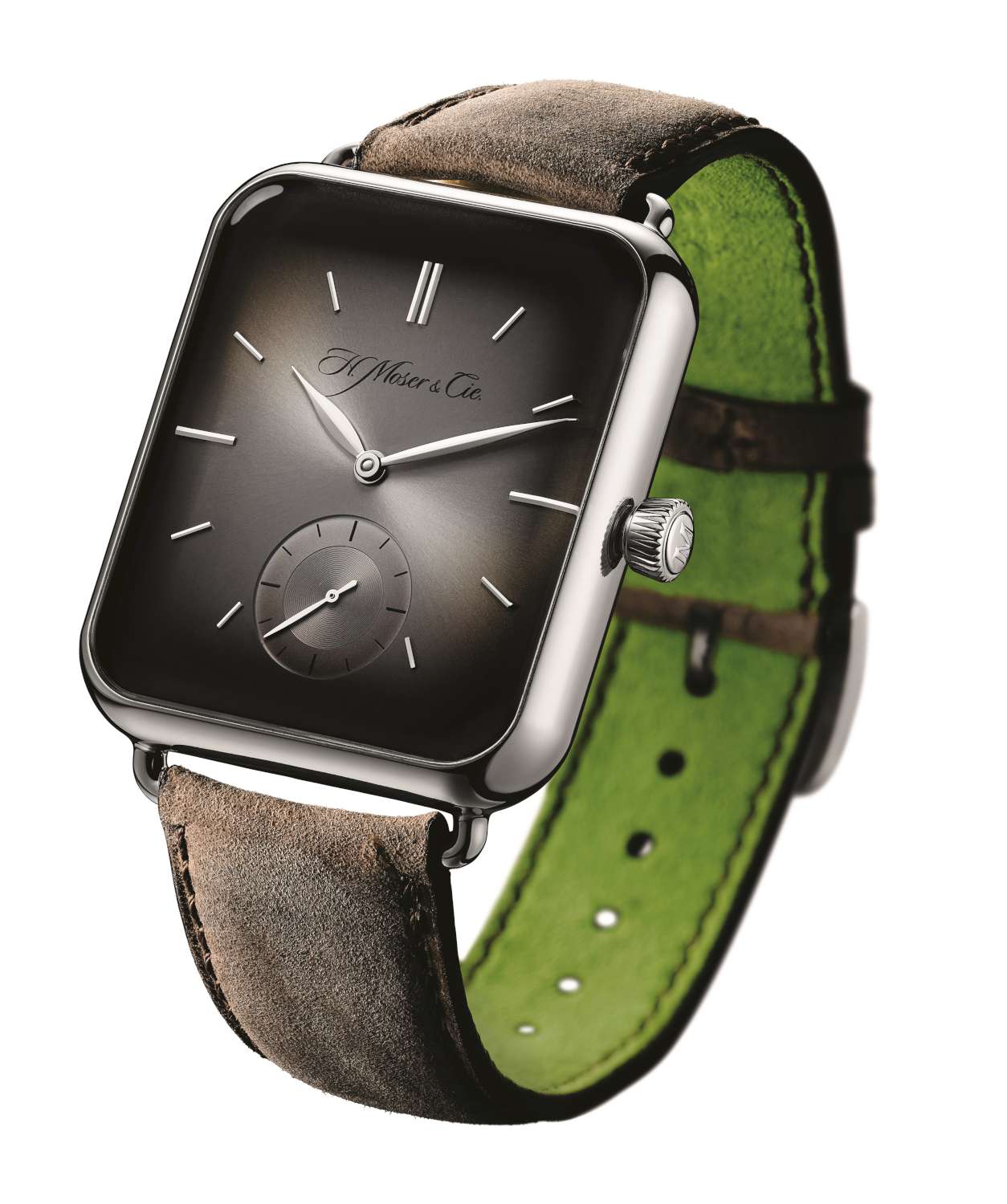