Heinrich Moser was born, ninth in a family of twelve children, in Schaffhausen, Switzerland, in 1805, into a family with watchmaking traditions: his grandfather Johannes, and his father Erhard were watchmakers. His birthplace is still visible, the house named “Zum blauen Himmel” on Lower Vordergasse. Heinrich trained under his father and grandfather and then set up his own workshop in 1826 in Le Locle. Heinrich was a smart businessman as well as a good watchmaker, and in 1828, following a dispute with Le Locle’s town council (or possibly the watchmaking guild), he decided to move a long way away, and set up the company H. Moser & Cie in St. Petersburg, so that he could sell the watches made by his workshop in Le Locle to the Russian monarchy and aristocracy. He also sold movements to other companies such as Fabergé. 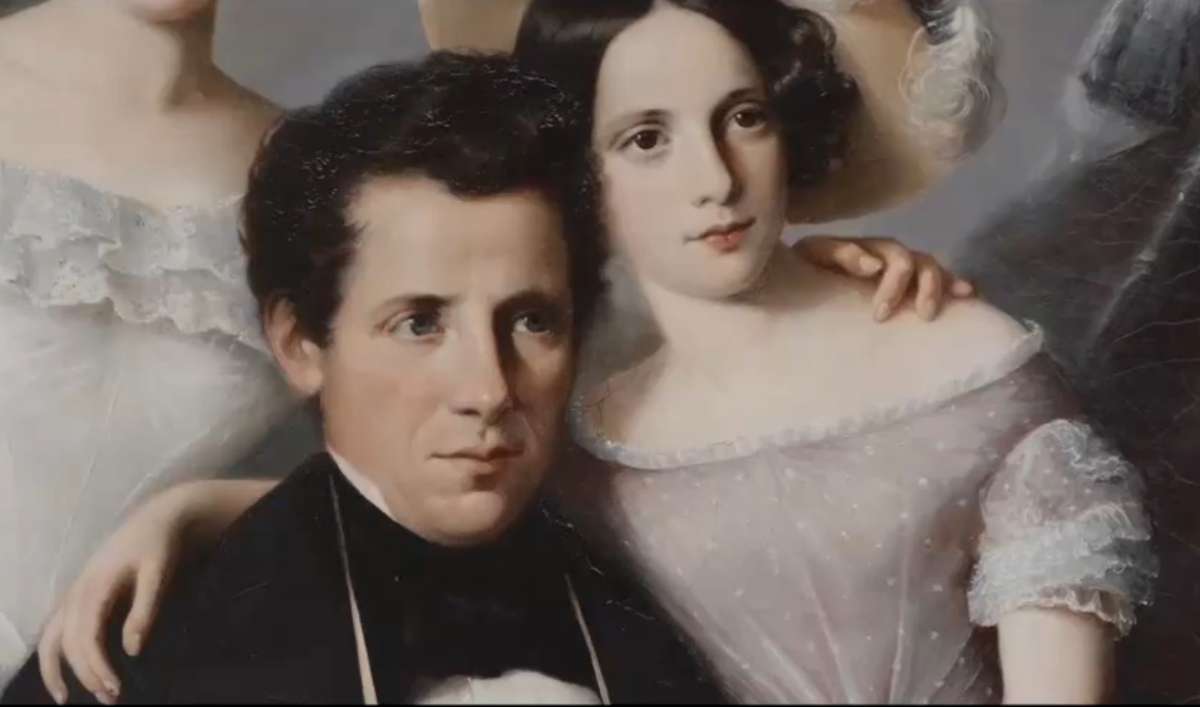 By 1848, Moser had become very wealthy principally through his clients in Russia, and in that year he returned to Schaffhausen, while his company in St. Petersburg continued to operate, and became an industrialist, investing his money into the industrial development of his home town. Schaffhausen had long been an important trading centre, with the river Rhine providing an important means of transport. The Rhine Falls meant that everything had to be unloaded from the barges, transported by land and then reloaded onto barges upstream or downstream. Moser decided to turn a problem into a resource and set about harnessing the river as a source of power for manufacturing, excavating a canal that supplied the water to drive an 80 HP turbine. This was followed by a more ambitious construction, a dam that would become the largest on the river in Switzerland. Meanwhile he was also involved in the railway line from Schaffhausen to Winterthur, and he opened a case-making workshop in the town in 1853. 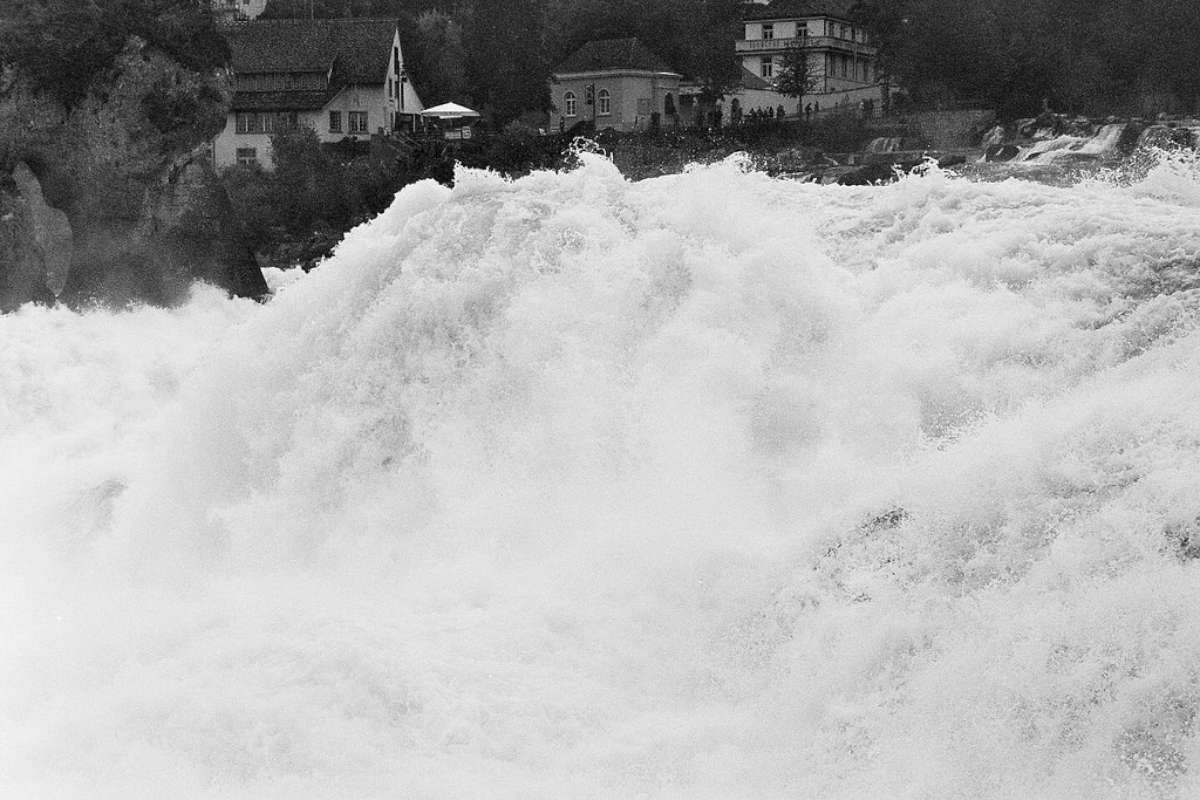 The dam and turbine were complete by 1864, and in 1866 the first hydro-electric plant in Switzerland began operating. In the same year he met the American watchmaker Florentine Ariosto Jones who was looking for a place in Switzerland to produce his watches, and Moser rented out factory space, complete with power, to Jones and his International Watch Company – IWC.

Heinrich Moser died in 1877. His son Henri didn’t want to have anything to do with the watch company, and so Heinrich’s wife Fanny, already one of the richest women in Switzerland, sold everything, the Russian operation to the local manager Mr. Winterhalter, and the watch factory in Le Locle to Paul Girard. Both continued to operate as before, up until 1917, when the October Revolution wiped out the watch market in Russia. The company there was expropriated and continued to operate as a state-owned watchmaking concern named the Central Watch Repair Workshop. The workshops in Le Locle also went on with production, making wristwatches and movements under the name H. Moser & Co. It suffered under the quartz crisis and became part of the Dixi-Mechanique Group.

The original brand name, H. Moser & Cie, was registered internationally by Jürgen Lange in 2002, and in 2005, the company returned to Schaffhausen, launching a new Manufacture, Moser Schaffhausen AG. There is still a connection with the original family, with Roger Nicholas Balsiger, Heinrich Moser’s great-grandson, as Honorary chairman. The brand’s innovative Perpetual Calendar won the GPHG Grand prix in 2006. In 2012, the Meylan family, with their company MELB Holding, took over control of H. Moser & Cie (along with Hautlence). H. Moser currently have about 55 employees and make about 1,000 watches per year. Its strongest markets are Switzerland and Germany (it works with Bucherer), and it is also successful in Asia, a market on which its complication watches are particularly appreciated.

Roger Nicholas Balsiger is also President of the Heinrich and Henri Moser Foundation, whose activities include sourcing antique watches and other exhibits for the Moser Museum, located in Charlottenfels Manor, Heinrich Moser’s family home. 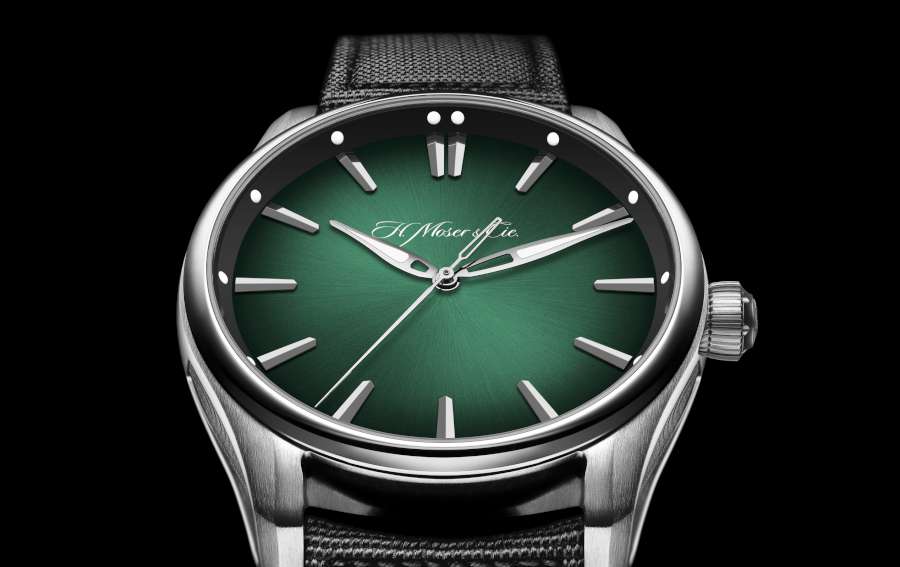