Audemars Piguet is one of the oldest watch manufacturers still controlled by its founding families, and its history is closely linked to Switzerland’s watchmaking history. Both the Audemars and the Piguet families were living in the Vallée de Joux, and in the 1700s they, like many families in this area with very hard winters, were making watch components during the winter to supplement their income from livestock and dairy production. In the Audemars Piguet museum there is a pocket watch made in the mid 1700s, signed “Joseph Piguet – Le Brassus.”

(In the photo below, design for the new Audemars Piguet museum by the BIG architecture studio (Bjarke Ingels Group, based in Copenhagen and New York), with a spiral design that expresses the brand’s commitment to the natural environment, and more specifically to the Vallée de Joux landscape where it is located.)

Jules-Louis Audemars, born in 1851, started working on watch components with his father, and attended lessons held in the area with an apprenticeship that ended in 1873. He married Eugenie Renaud in 1874 and returned to Le Brassus in 1875 where he opened a workshop making ébauches (unfinished movements) for other brands. He obtained some important clients, some of the leading watchmaking companies in Geneva, and he began making movements of his own design. He had met Edward-Auguste Piguet (born in 1853) during his apprenticeship, and with him he founded “Audemars, Piguet & Cie” in 1881. Their mission was to make specifically high-quality watches and complications. They continued to make movements for other brands such as Gubelin and Tiffany & Co., and began making their own watches, presenting their first complications, perpetual calendars and minute repeaters, in 1882.

By 1889, the company had ten employees. In that year they exhibited at the Paris Universal Exposition, with many of their complication watches, and this helped them develop distribution in London, Berlin, New York, Paris and Buenos Aires. The company thrived up until the First World War which marked the first of the 20th-century crises that beset the entire Swiss watchmaking industry. Jules-Edward Audemars died in 1918, and Edward-Auguste Piguet in 1919, and they were succeeded by their sons Paul-Louis Audemars and Paul-Edward Piguet. After the 1920s, the Great Depression brought Audemars Piguet close to collapse. In 1929, the company made about 730 watches, while this dropped to 50 watches in 1931. By 1932, the staff had dropped to just two employees. There was an upturn after the Second World War, and in 1946, Audemars Piguet created the calibre 9’’’ ML, at that time the slimmest mechanical movement in the world at 1.64 mm. By the late 1950s, the number of employees had increased to 26. Later the quartz crisis of the 1970s once again caused some difficulties.

One of the brand’s reaction to the quartz crisis was to commission a sports watch in steel from Gérald Genta. It was apparently the response of the company’s managing director, Georges Golay, to a suggestion by the company’s Italian importer, Alessandro De Marchi, who requested a sports-style watch made in steel but with the maison’s habitual high quality. Georges Golay, managing director of the company from 1965 right up until his death in 1987, commissioned the piece from Gérald Genta who, according to legend, invented the Royal Oak in just a day. It was unusual for its octagonal bezel shape, with eight exposed screws, eight bolts on the back, and an integrated bracelet. The name came from a series of British warships named Royal Oak, in turn named after an episode in British history when King Charles II hid from Cromwell and his troops by hiding in an oak tree. One of the Royal Oak battleships had octagonal gun ports secured by eight bolts, supposedly the inspiration for Genta.

At the time, 1973, a high-end sports watch in steel was unusual, and initially it wasn’t a great seller for the brand, but in due course it became a massive success, with many other brands adopting similar styles. The first series of 1,000 Royal Oak watches, the A-series, have the AP logo at 6 o’clock, while later series had it at 12 o’clock. These watches have understandably become collectors’ items. Today the Royal Oak in its various forms represents about 40% of the brand’s total sales. In 2015 Audemars Piguet made about 40,000 watches, with sales at about 800 million Swiss francs. Their products are in four main areas: Sport Extreme (Offshore), Sport Prestige (Royal Oak), Classical Contemporary (Jules Audemars and Edward Piguet), Millenary and Millenary Lady.

The brand currently makes and sells around 40,000 watches per year, with a turnover of 800 million Swiss francs in 2016. In other words, they are not far from becoming one of the select group of companies exceeding a billion Swiss francs in sales per year (they are Rolex, Omega, Cartier, Longines and Tissot). However the company do not plan to increase the number of watches sold, but simply to improve the quality of sales – in other words, more sales in brand-owned boutiques. 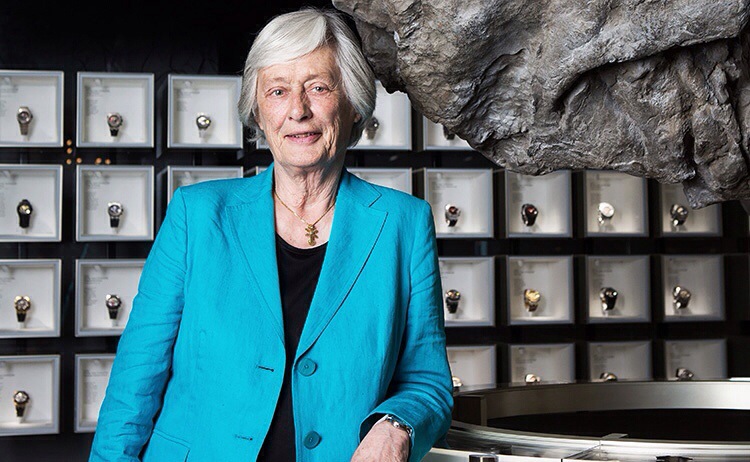 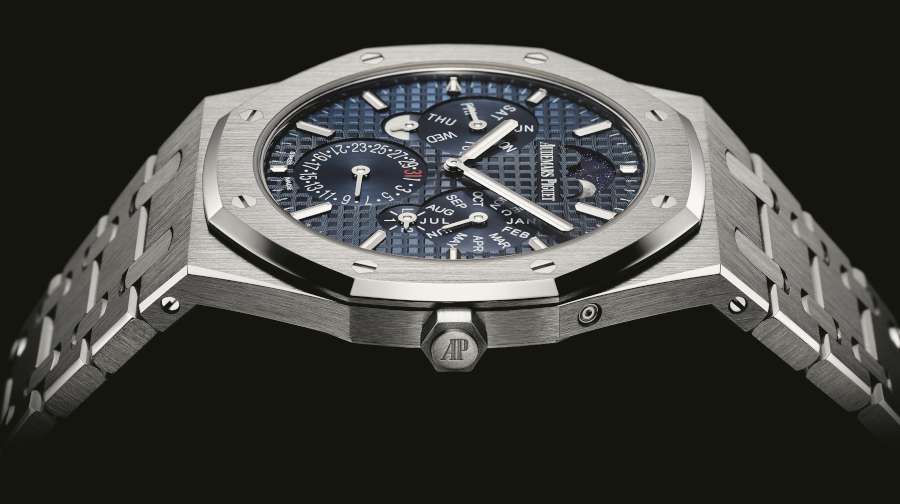 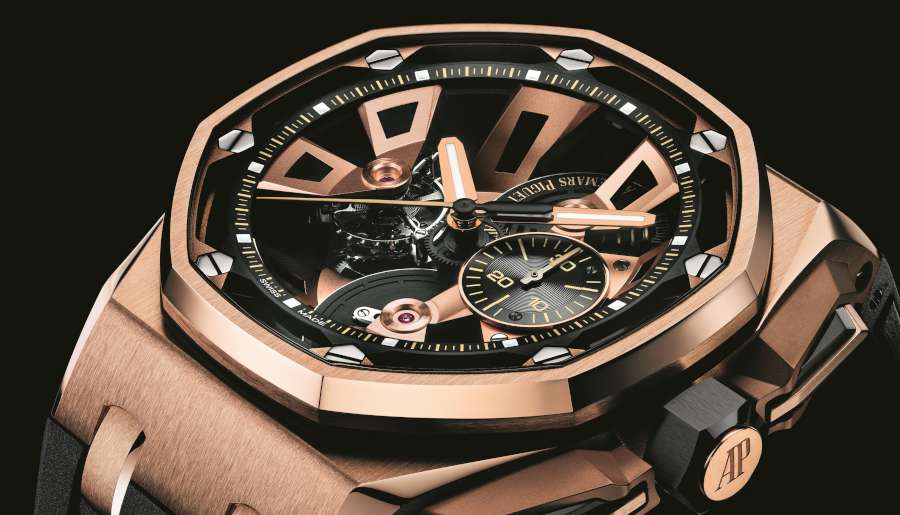 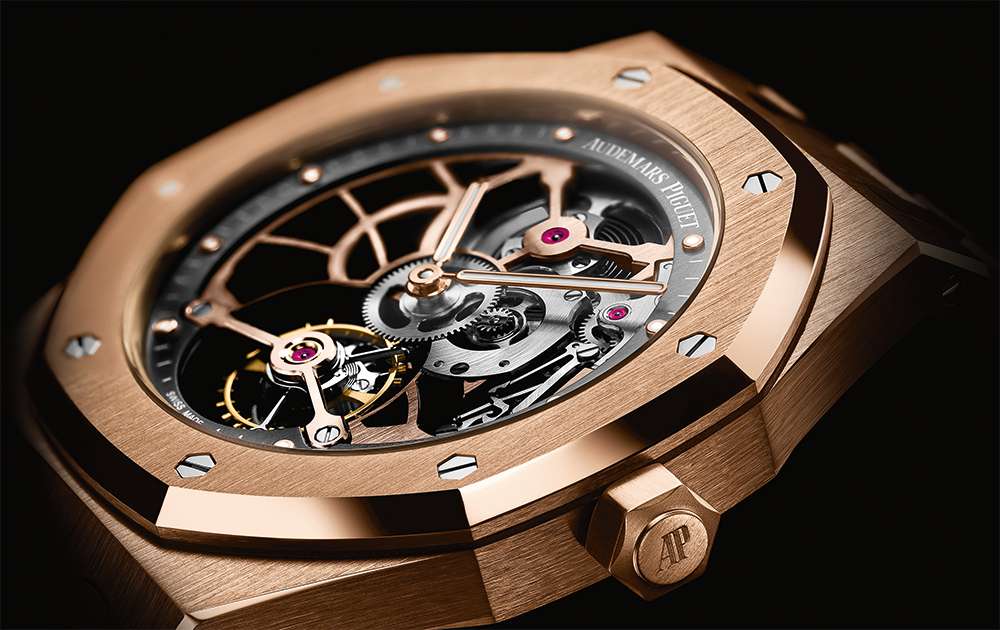