Watchmaking brand Parmigiani Fleurier revealed that it is working on a new watch movement that could produce a revolution in the mechanical watch industry. Normally a mechanical watch has a power reserve – the time that the watch will keep running from when its mainspring is fully wound – of about 40 hours, with some, fitted with two, three or more mainspring barrels reaching 80, 100 hours, up to seven or eight days. Parmigiani is currently perfecting a new movement, named Senfine, that will have a power reserve of 45 days, possibly reaching 60 days! A mechanical watch that keeps running for about two months before having to rewind it! 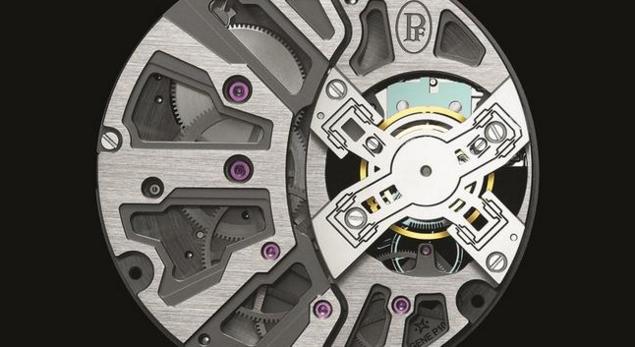 This is made possible by a totally new escapement invented by Pierre Genequand, an aerospace engineer and physicist from Geneva, now retired, who built the prototype in wood and metal at table-top size. It is currently being developed by Vaucher, movement manufacturer in Fleurier, and it has been patented by the Swiss Centre of Electronics and Microtechnology (CSEM). Vaucher and Parmigiani Fleurier have an exclusive license to develop it, and a first prototype was completed in 2014. They aim to have the first watches on the market by 2018.

Senfine movement based on silicon technology

The massive power reserve is made possible by reducing the friction in the regulator. While in a conventional escapement the balance wheel, balance spring and pallet fork are three separate components in the Senfine regulator they are fused into a single component, with none of the friction-generating pivots. Instead, it is suspended on leaf springs, with virtual pivots. It is described as a “constant-contact grasshopper-type escapement.”

The key to Senfine is silicon technology. The balance runs about four times as fast as in a normal escapement, at 16 Hertz, and at a very small amplitude, 16°, instead of the usual 280-300°. Oscillating quickly through a very small arc instead of the wide swings of the normal balance wheel further reduces friction. 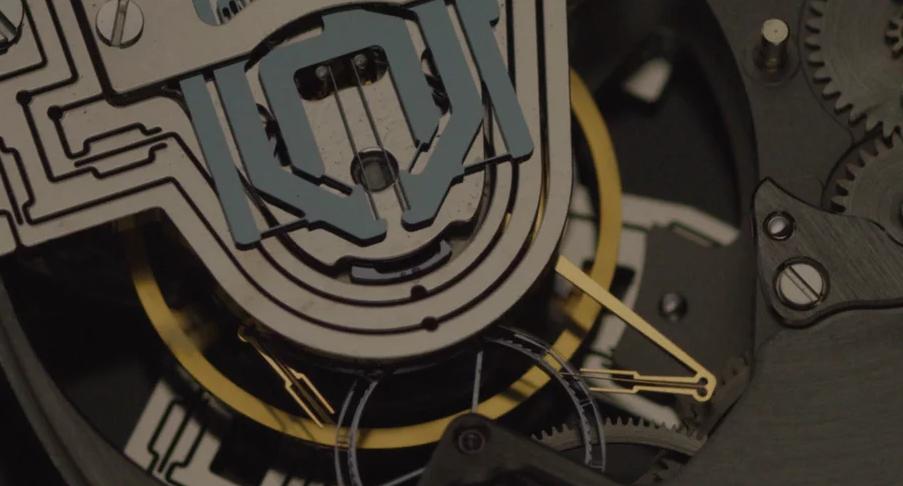 Jean-Daniel Dubois, General Manager of Vaucher, said, “This is a revolution. We still have a lot of work to do, particularly as regards shock resistance, because silicon is not an easy material to work with, it requires a lot of technology particularly as the thicknesses concerned are of the order of 40 microns. Once we have solved the problems, the first step will be a series of 500 or 1,000 pieces. As concerns precision, the fact that the amplitude is very small has no adverse effect on precision, it will be at least at COSC standards (+/- 4 secs deviation per day) and we will obtain COSC certification for the new movements. It is likely that in the medium term, it could be possible to manufacture this type of movement at an accessible price.” 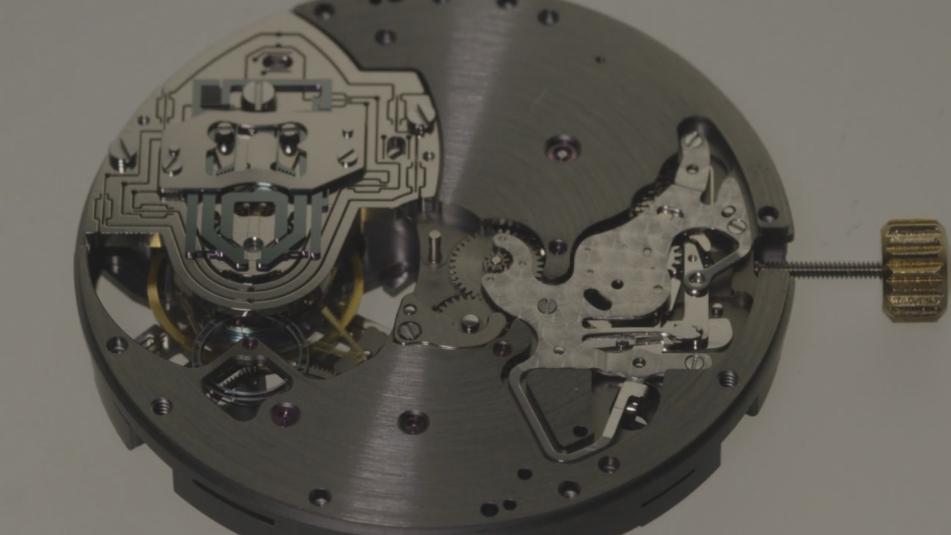 The movement was exhibited at watch fair SIHH in January 2016, where Parmigiani made the announcement. You could glimpse the golden-coloured circular balance glimmering as it spun at 32 vibrations a second. Jean-Daniel Dubois was wearing a watch running with the new Senfine movement – the name means “eternally” in Esperanto. So their date of 2018 looks feasible for what could genuinely be a watchmaking revolution.

Read more on the Parmigiani blog. 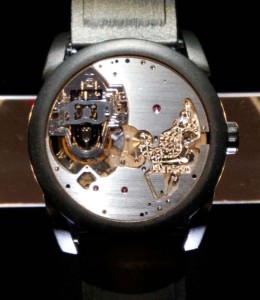