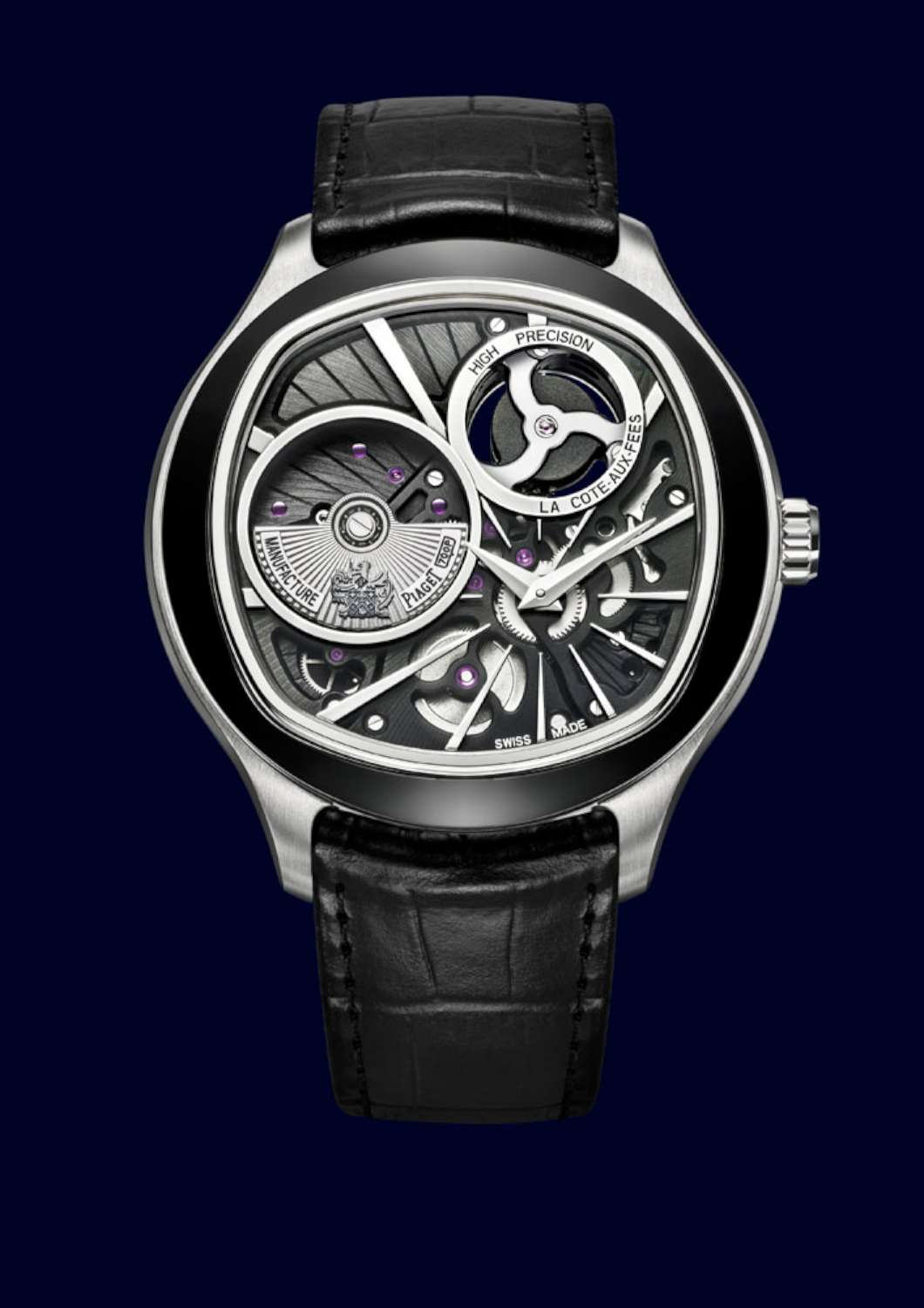 The Piaget Emperador Coussin XL 700P brings quartz into a mechanical watch. Will purists like it? Who knows. But it is a bold, perhaps even revolutionary move, and Piaget are able to describe it as “the most precise mechanical watch in Switzerland.” Piaget has long made its own quartz movements – the name of this piece is a tribute to Piaget’s first quartz movement, the 7P, launched in 1976, so exactly 40 years ago – used principally for its women’s and jewellery watches, but those are powered by batteries. There is no battery in the 700P. The watch has a conventional automatic winding system with a rotor that swings with the movement of the wrist, and this somehow produces the power that enables the quartz crystal to oscillate at 32,768 Hertz and give the watch its extreme precision. Whatever you may feel about using quartz in a mechanical watch, this piece provides an indication of how the principal defect of the Apple Watch – the fact that you have to connect the charger a couple of times a day – could one day be overcome: by equipping the watch with its own independent energy source. 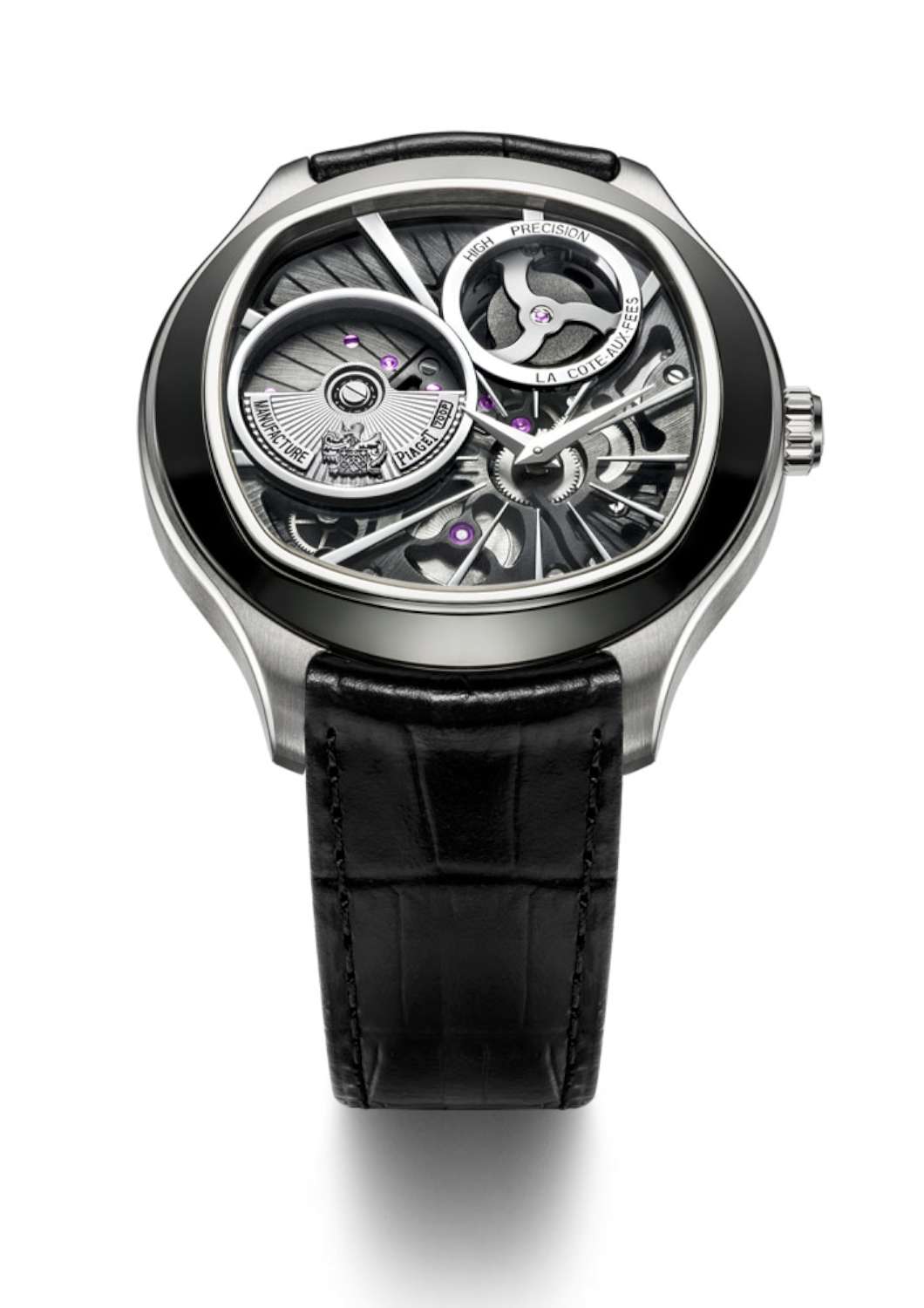 Classic Piaget looks in the 700P

The Emperador Coussin XL 700P has a powerful appearance, with its 46.5 mm cushion-shaped case in white gold, rounded bezel with black ADLC coating, silvered indexes, and the substantially skeletonized movement. The watch is built with the main functional elements visible from the dial side, with the offset oscillating weight and the generator forming a figure-of-8 motif. The other parts of the movement, visible because there is no dial, have traditional finish, with guilloché on the micro-rotor, sunburst bridges with chamfered edges, satin-brushed wheels and silvered screws. The watch has a black alligator leather strap with a white gold folding clasp.

It’s not clear exactly how the watch works. It comprises several inventions for which about ten patents are still pending and so perhaps Piaget are keeping the details under wraps for the moment. The system is NOT based on a conventional dynamo-type generator (conductors moving in a magnetic field), but it is described as an “electrodynamic energy” generator. According to their description, the ultra-thin movement is “regulated by the high frequency of a quartz crystal oscillating at 32,768 Hertz which controls the speed of the generator at 5.33 turns per second.” I presume that this means that the 32,768 Hertz vibration of the quartz crystal is used to control both the gear train driving the time indications, and the rotation of the generator which in turn produces the current to power the quartz. The result is a robust and accurate movement of 298 components, and it is unaffected by magnetic fields and gravity. Power reserve is about 42 hours, shown on a power reserve indicator. The movement was developed during two years of in-house research, based on a Swiss concept registered in 1972. 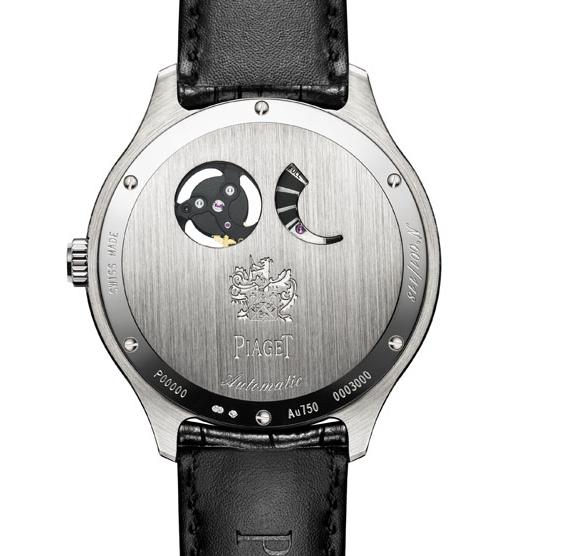 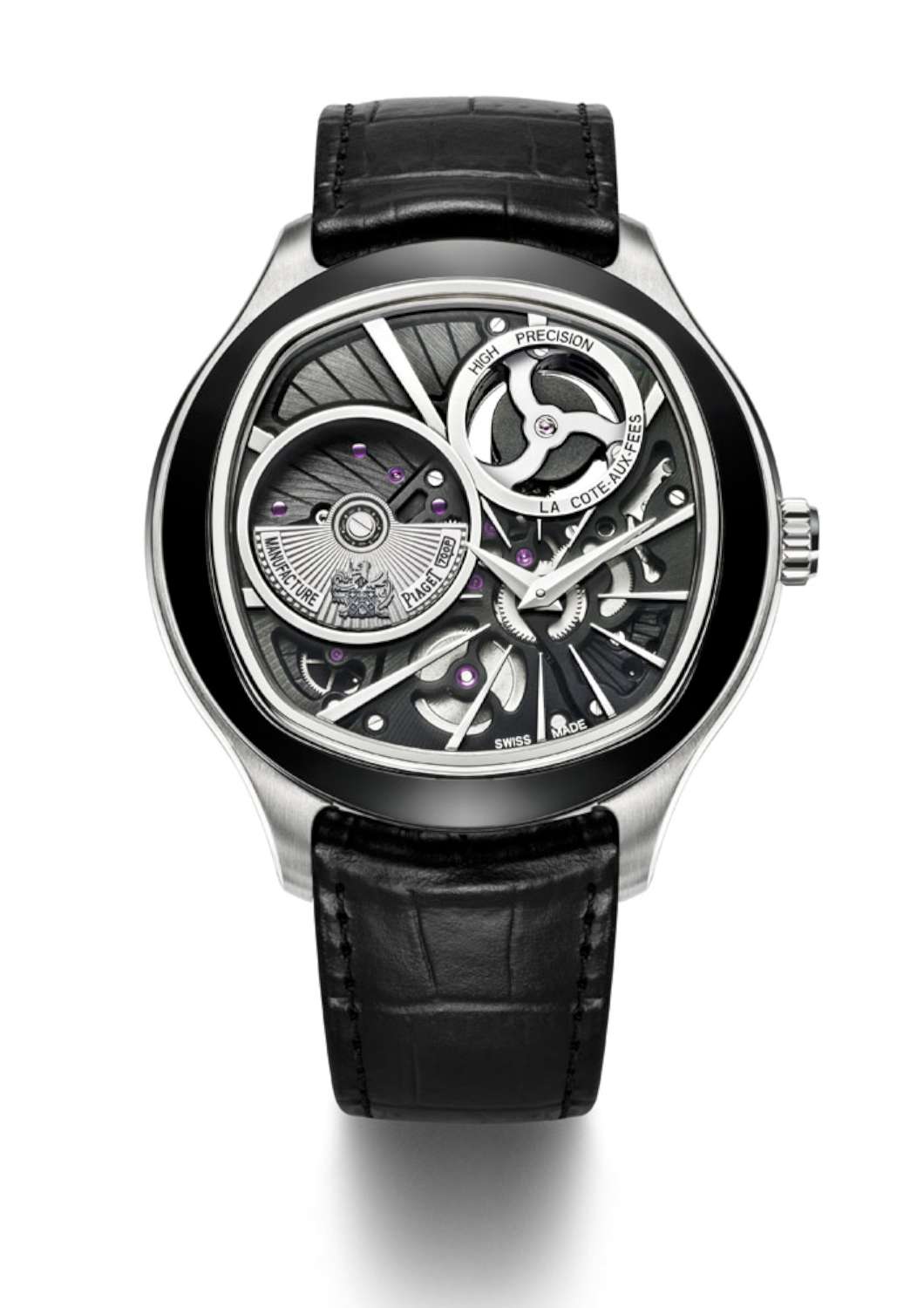