Sprung rotating bezel that is depressed to turn in order to show the time in the various time zones. The movement of the bezel is directly linked to the hour hand, the 24-hour hand and the date display

Summer times are shown with a small S

Chronograph hours and minutes shown on the totalizer subdial

Crown that provides the stop-seconds function for precision time-setting 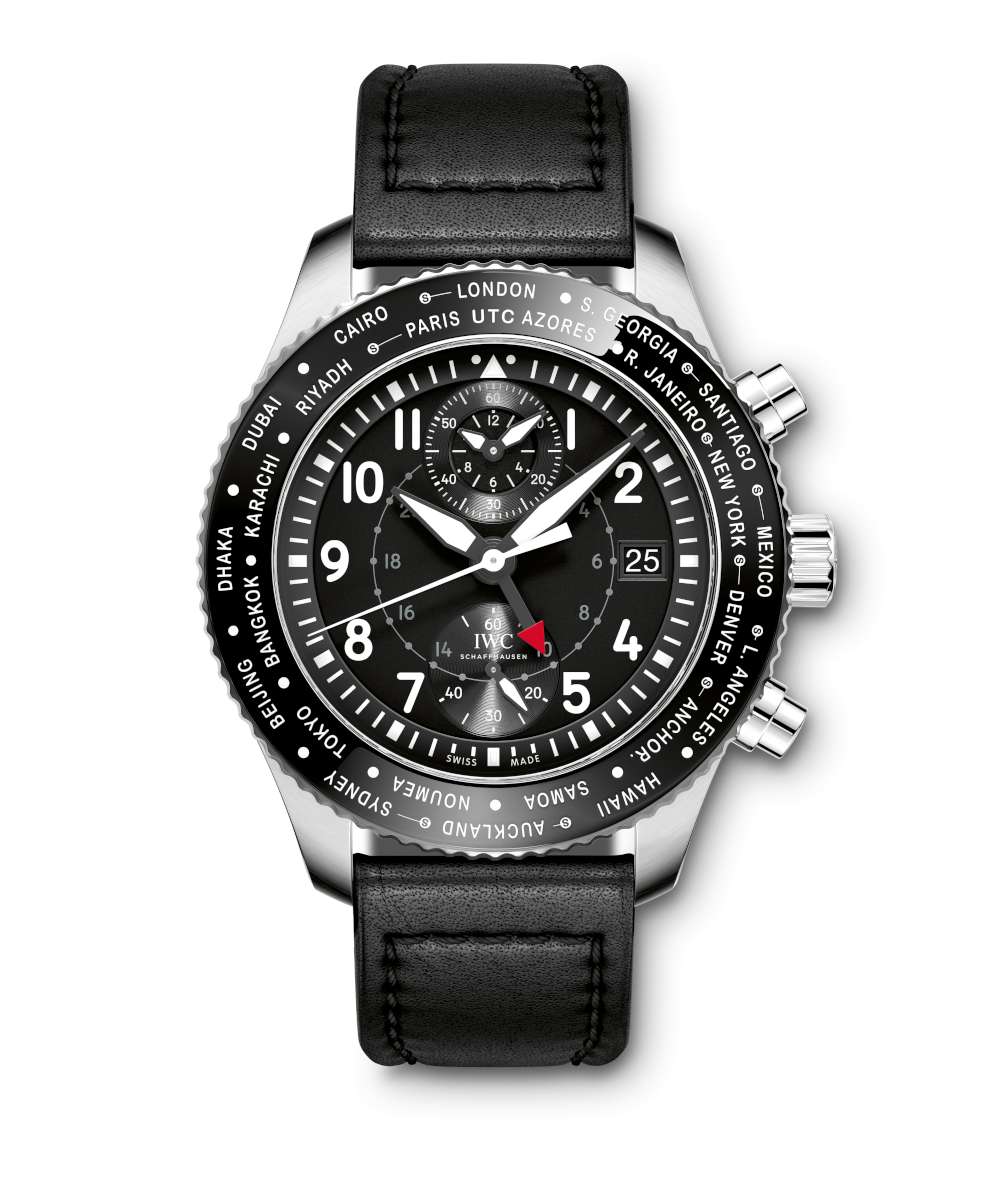 IWC’s new Pilot’s Watch Timezoner Chronograph has an interesting complication: a world time function based on a sprung rotating bezel that you have to depress to turn, and which shows the time and date in another time zone, along with the 24-hour hand that functions as a day/night indicator. It has a busy dial, but the chronograph subdial at the top has a practical hour and minute layout that makes it easy to see elapsed time. The case is large at 45 mm diameter, and fairly thick, 16.5 mm, in part due to the Timezoner system that has an extra inclined wheel.

It’s not a conventional GMT watch because it doesn’t show two time zones simultaneously, but you can simply rotate the bezel to show the time in a new time zone, and then rotate it back to where you were previously. The action of rotating the bezel doesn’t modify the movement of the minute hand, and so the watch continues to show the correct time even after repeated time zone changes. The bezel also shows summer time for countries that use it. It has a ratchet system that ensures that it locks into exactly the right position for each city. It is limited to whole-hour time zones and so cannot manage the half-hour and three-quarter-hour time zones of India, Sri Lanka, Australian states and so forth. As the chronograph hours and minutes are shown on a twelve-hour totalizer, this could be used to show a second time zone by starting the chronograph at the appropriate time and leaving it running. 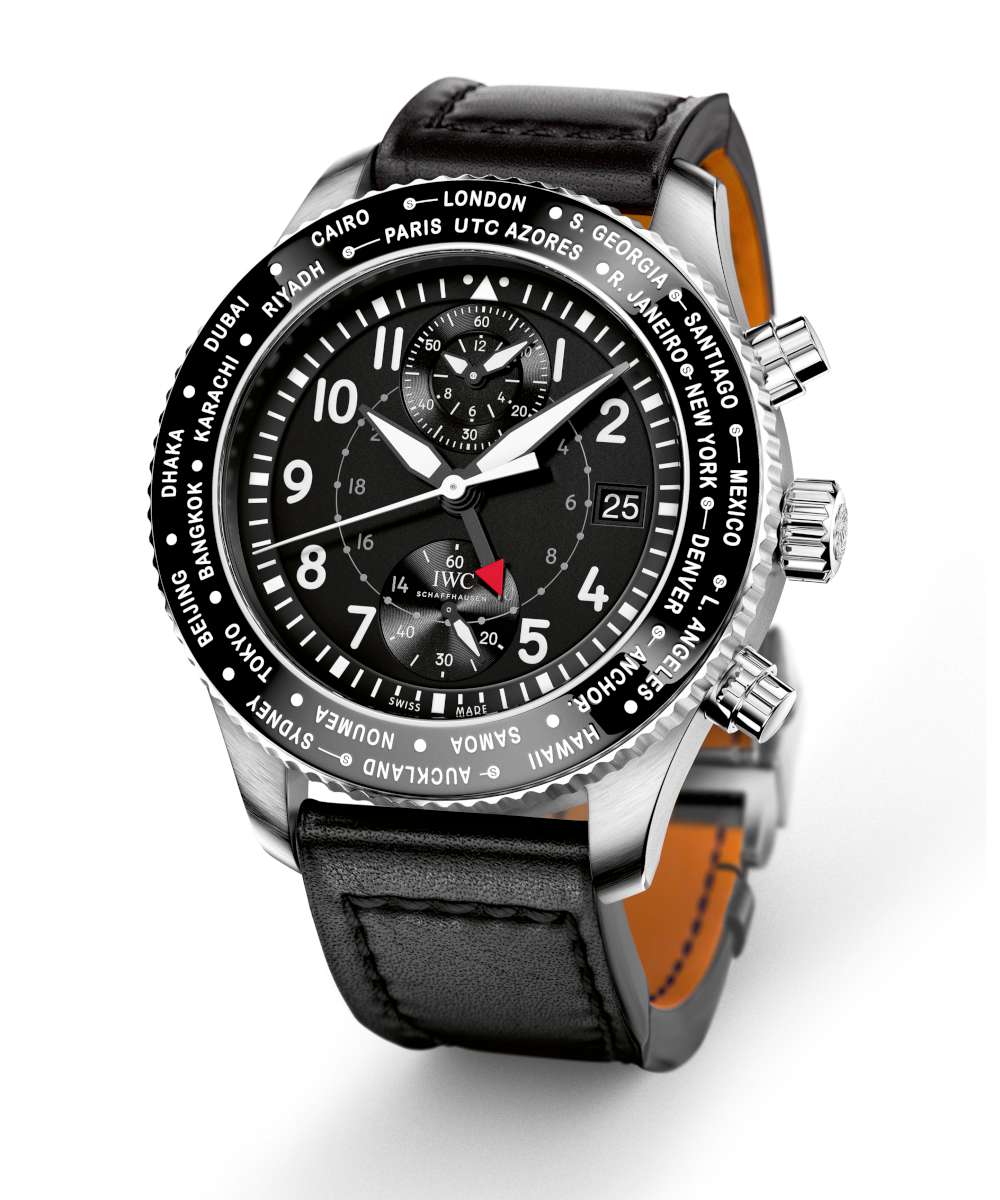 This is an innovative system because the bezel is connected to the movement, and more precisely to the hour wheel. This ensures that rotating the bezel, whether forwards or backwards, acts simultaneously on the hour hand, the 24-hour hand and the date. Even though there is a mechanical connection between the bezel and the movement, the watch still has a water resistance of 6 bars (theoretically corresponding to 60 metres depth water, and in any case double the standard 3-bar water resistance of most watches).

Origin of the Timezoner system

The system was invented by Michael Vogt and presented by his company Vogard at Baselworld in 2014. IWC purchased the intellectual property and developed it into the Timezoner Chronograph. Michael Vogt said, “As a niche manufacturer and watch atelier we do not have the financial and structural resources to fully exploit the potential of the Timezoner technology. I am very pleased that we found one of leading brands with the power to further develop the Timezoner and to establish it on a world-wide level.” The essential component of the Timezoner system is an inclined wheel that meshes with both the hour wheel and the date disc.

The movement is the new in-house IWC calibre 89760, with column-wheel flyback chronograph, based on the brand’s existing calibre 89361. It runs at 28,800 vibrations per hour (4 Hertz), and has a power reserve of 68 hours. The continuous seconds, shown on the subdial at 6 o’clock, can be stopped by pulling out the crown for precise time-setting.

The internal part of the dial is close to the classic pilot’s watch aesthetic, with white numerals on black dial, and a grey 24-hour scale. The watch has a solid caseback with a Junkers Ju 52 engraving, and a black calfskin strap by Santoni, with the Italian brand’s hallmark orange lining. 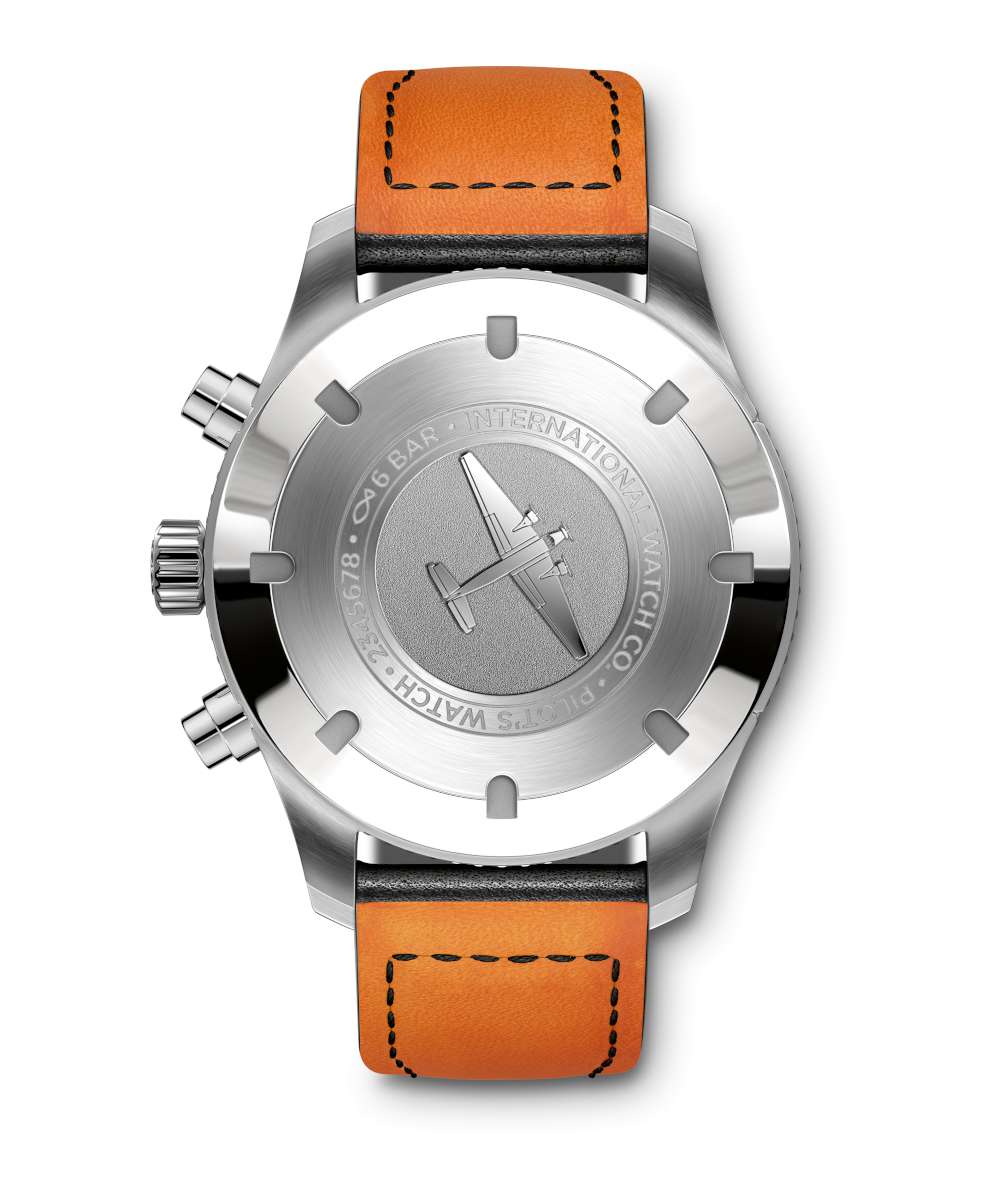