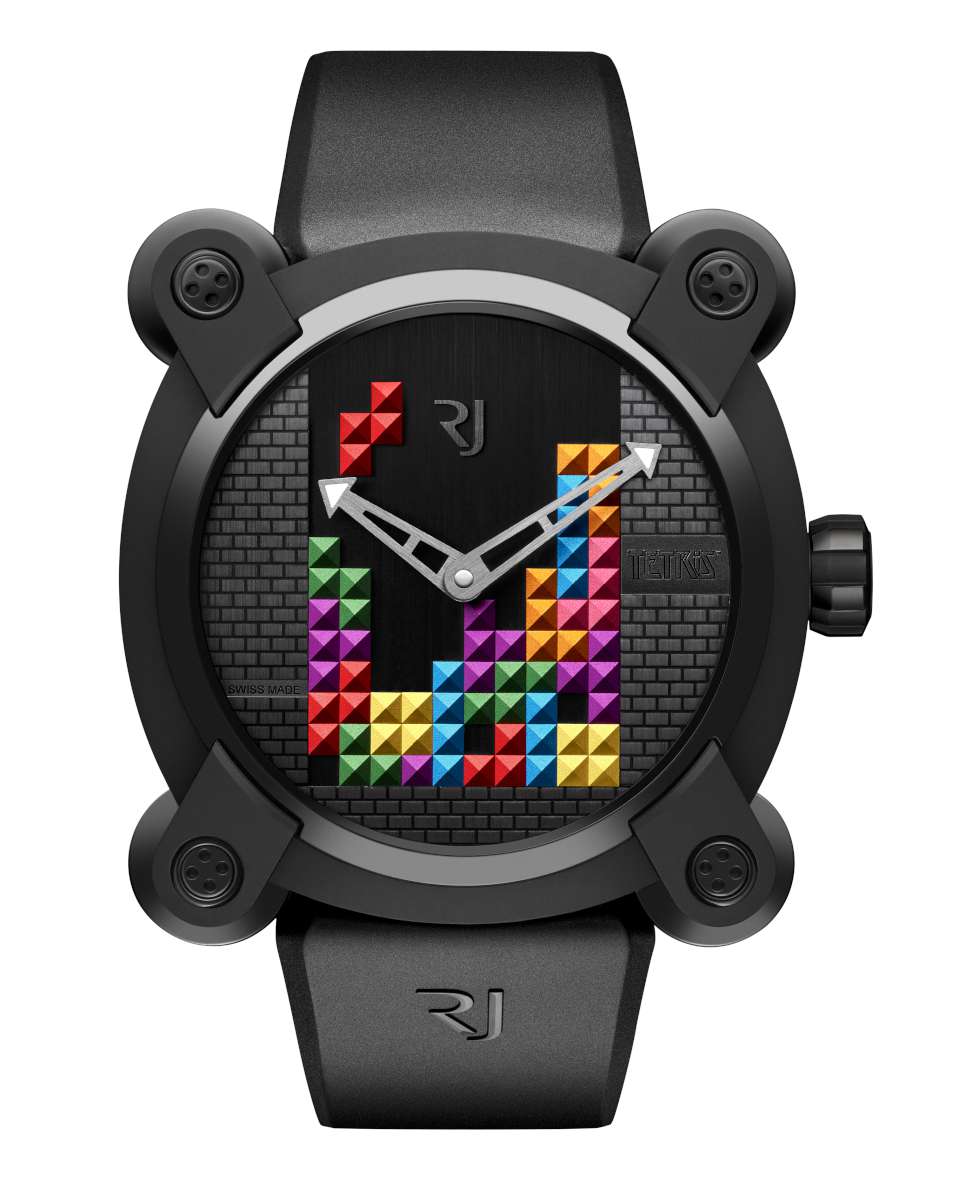 Is Tetris educational? At first sight, the game seems to encourage spatial ability as it calls for the visualization of geometrical shapes and their rotation. But in actual fact, according to a scientific study, experienced Tetris players just become good at Tetris and this spatial expertise doesn’t transfer to other areas of cognitive ability. 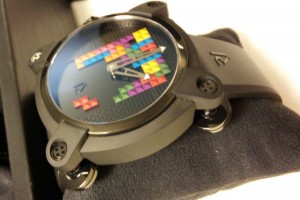 Nonetheless it was a massive success in the 1980s when it appeared on the miniature Gameboy device. Manuel Emch, CEO of Romain Jerome, was addicted to the game in his youth, and so it was logical for him to create a watch using the motif. The watch is a collaboration with The Tetris Company LLC, and the dial features the “Tetriminos,” geometrical shapes consisting of four square blocks. These are made in anodized aluminium placed on a brushed “Matrix” background in a brick-field setting. The case is the brand’s 46mm Moon Invader format in black PVD-coated titanium, with its four circular feet that can move freely on ball and socket joints at the corners. The piece is comfortable on the wrist. The watch has a solid caseback with a Tetris medallion, and a rubber strap. Water resistance is the standard 30 metres. 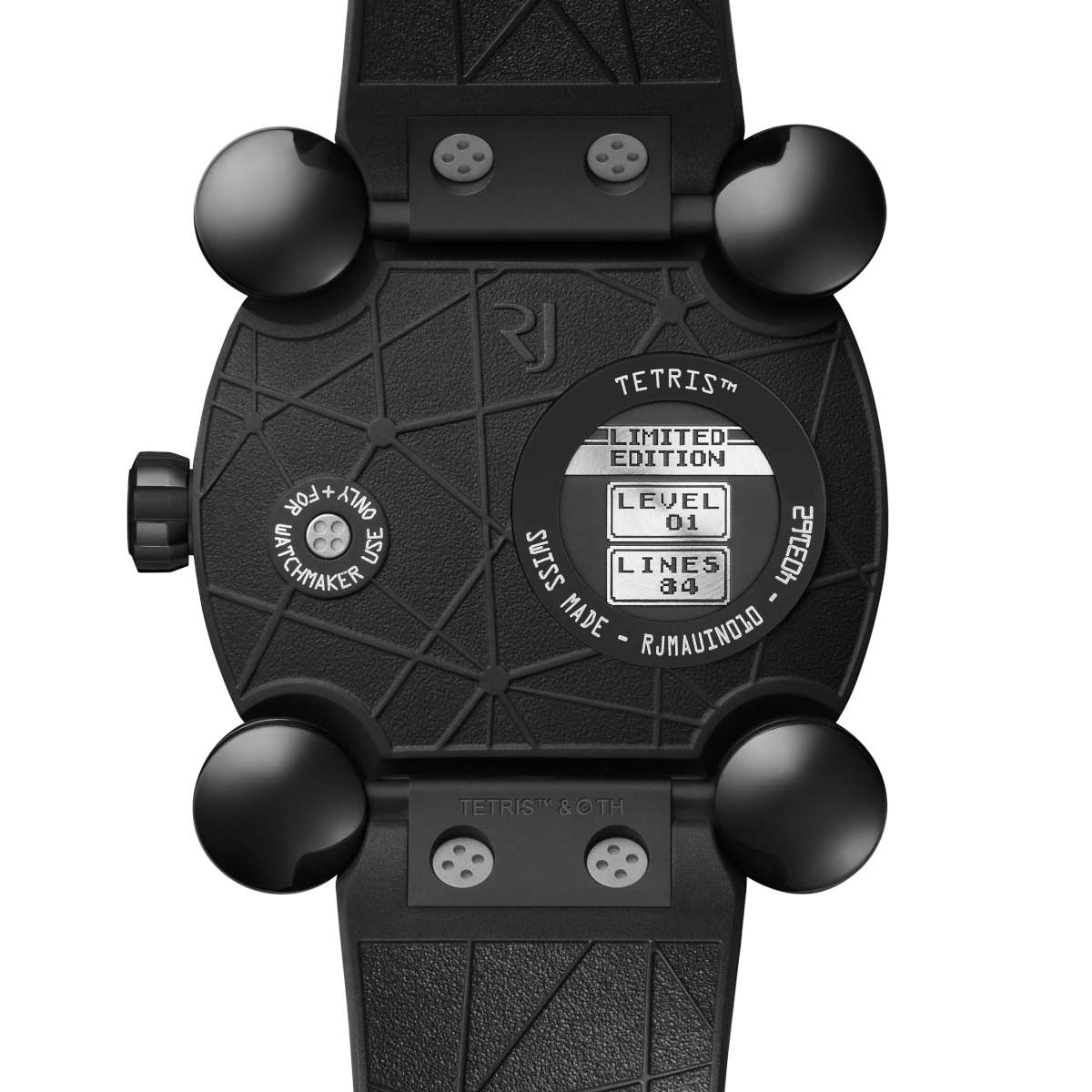 Inside the case is the RJ001-A mechanical self-winding movement, Swiss made, perhaps by ETA or Concepto. It runs at 28,800 vibrations per hour (4 Hertz), has 23 jewels and a power reserve of 42 hours, and provides hour and minute time functions. Hands have areas of blue-emission SuperLuminova at the arrow-shaped tips. 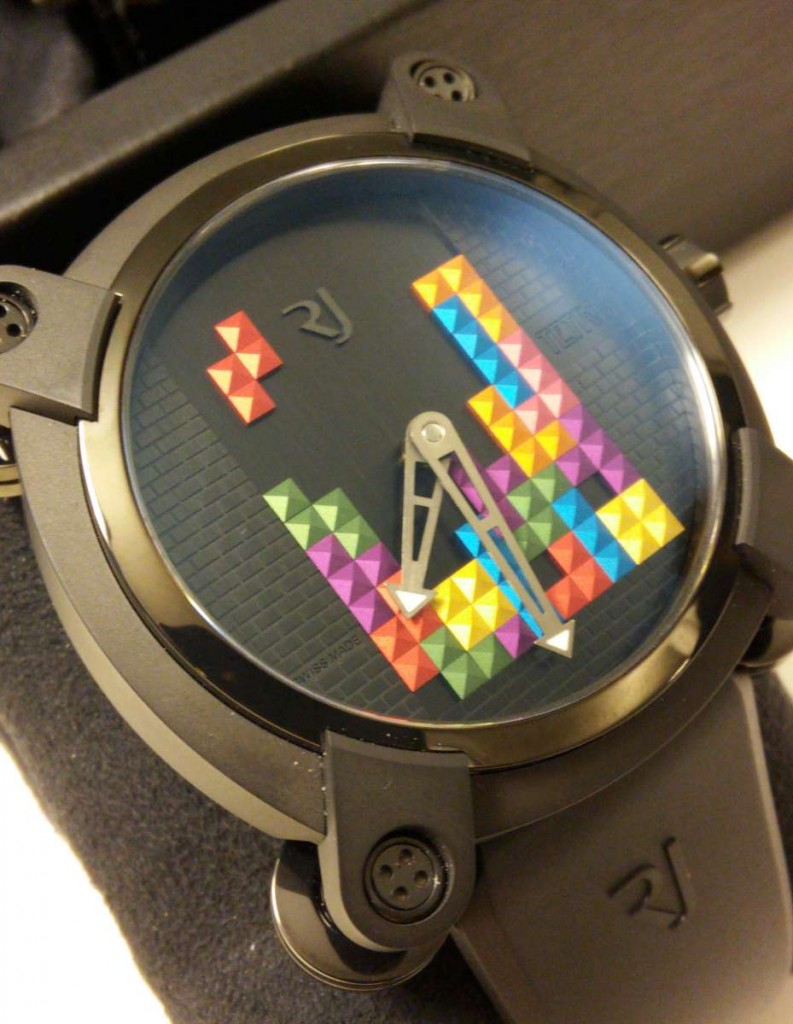