The Bovet family came from Fleurier in Switzerland, and they were, like many people in that small town, active as watchmakers. In the late 1700s, Napoleon’s trade protection policies forced many Fleurier watchmakers to emigrate in order to find work, and the Bovet brothers Edouard, Charles-Frédéric and Charles-Alphonse went to London. In 1818, Edouard’s employers, a company called Magniac & Co, sent him to China, which at the time was an important market for watches. After the four-month journey, they started working in Guangzhou. Edouard’s diaries provide an indication of the totally different atmosphere in which they found themselves, and he wrote that if English women saw how tea was processed – workers walking barefoot on the new leaves – perhaps they would give up the beverage.

In 1822, Edouard started his own business in Guangzhou, together with Charles-Frédéric and Charles-Alphonse in London, and another brother Claude-Gaspard-Philippe-Gustave in Fleurier. Watches were made in Switzerland and London, and despatched to Edouard who sold them to Chinese dignitaries and imperial staff. The company thrived, new generations of the Bovet family arrived, and the Chinese emperors loved these “curious treasures that come from abroad, that function without water or fire, with second and minute hands progressing imperceptibly.” In 1844, Louis Bovet moved the business from Guangzhou to Shanghai. Meanwhile, the watchmaking workshops in Fleurier were employing 175 people.

In 1901, the Bovet family sold their brand to César and Charles Leuba. Highlights of later years include the 1939 Bovet patent for the Easel Watch, which enabled a pocket watch to be used as a table clock. In the later 1900s the brand seems to have declined towards dormancy, and in 2001, it was purchased and relaunched by Pascal Raffy, who enacted his plans for vertical integration and in-house movements. Progress in this regard was helped in part by further acquisitions, Bovet 1822 Manufacture de Cadrans, a case manufacturer, and Dimier 1783, a movement manufacturer.

One of the most original features introduced by Raffy and Bovet 1822 is the Amadeo system, which enables a timepiece to be converted into a table clock, pocket watch or reversible wristwatch, without the use of tools. In the same way, a women’s watch can be converted into a pendant, in a high-end version of a style that is becoming highly fashionable amongst the younger generation in several countries. 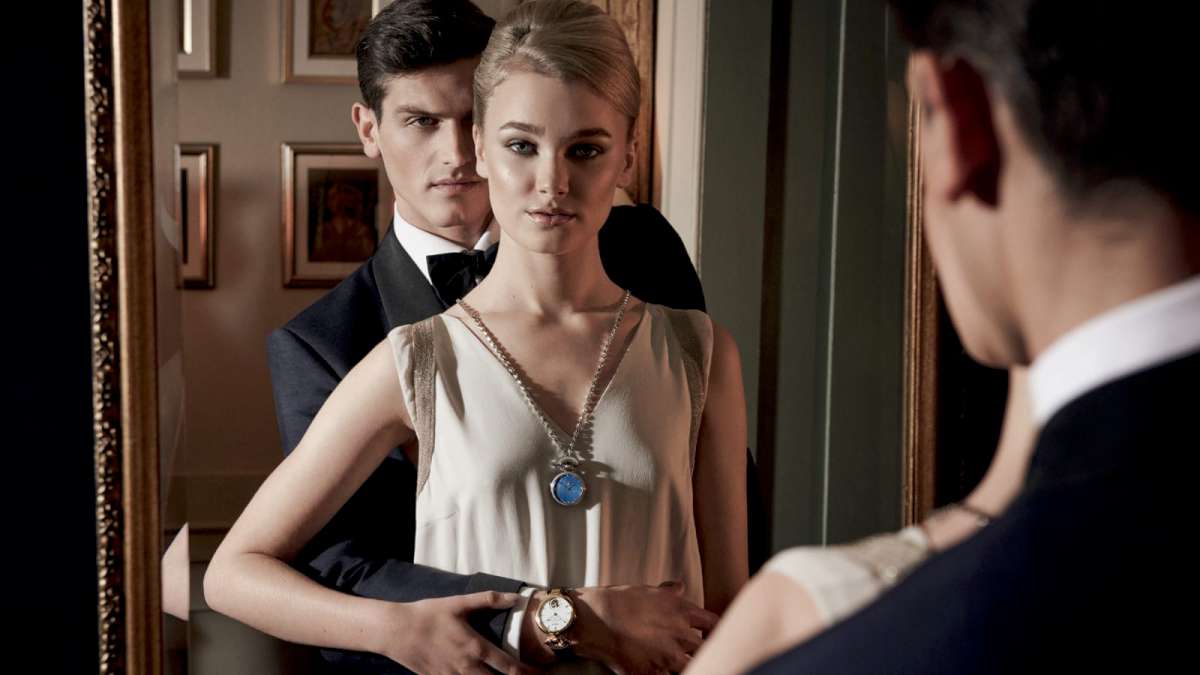 Some of Bovet’s watches from their golden age, from 1822 to 1901, are exhibited in the Palace Museum, Beijing. Pascal Raffy, current owner of the brand, collects antique Bovet timepieces and owns 32 watches. They are housed in Château de Môtiers, Switzerland, one of the locations of Bovet’s workshops.

Bovet have a fundamentally verticalized structure, with most parts of their watches made in-house, including balance springs. They can personalize watches according to client requests, with gem-setting, miniature paintings and hand-engraving.

The Middle East is currently the strongest market, along with the United States and China. Bovet 1822 make 2,500-3,000 watches per year. 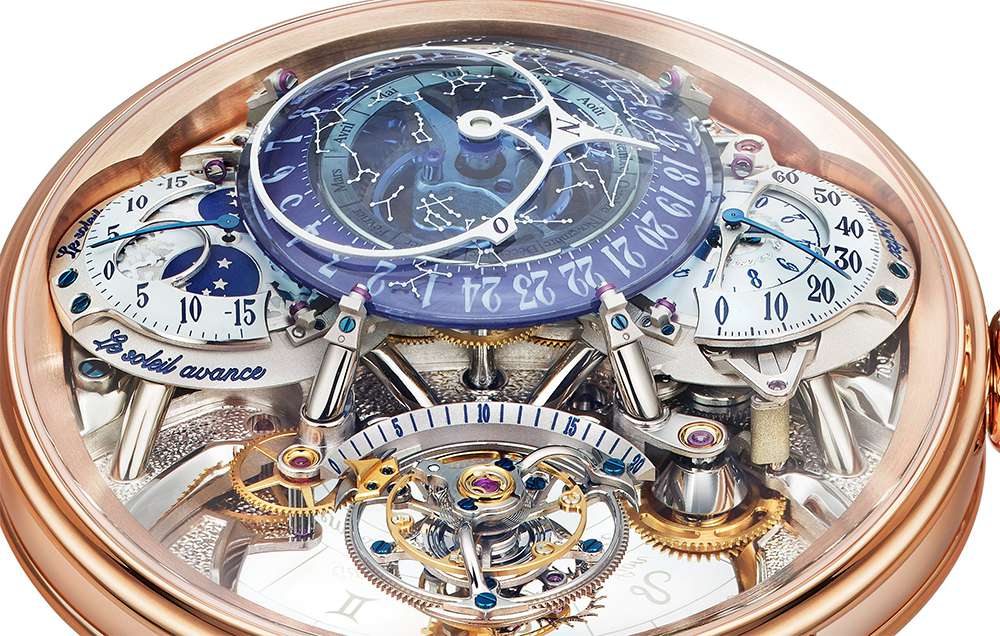 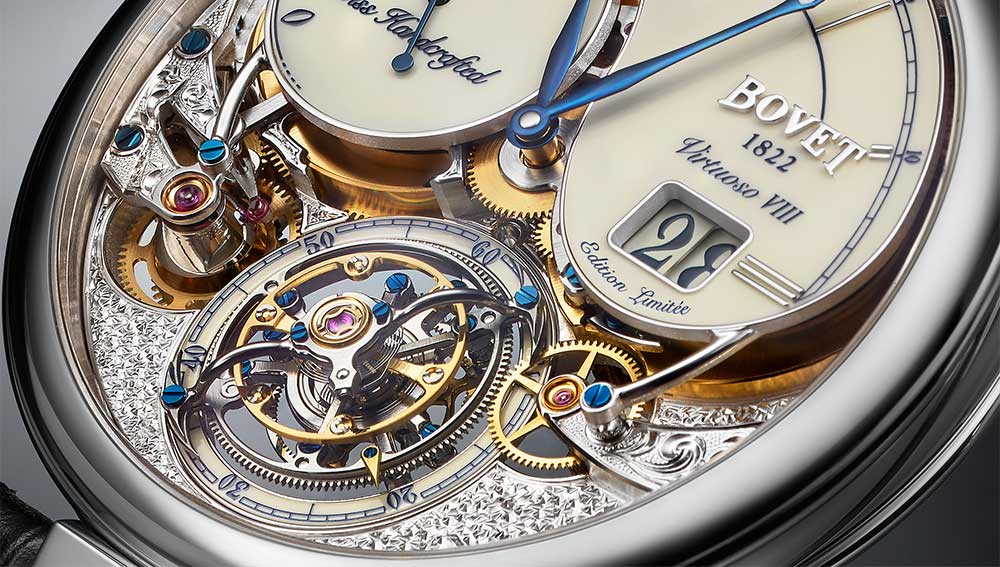 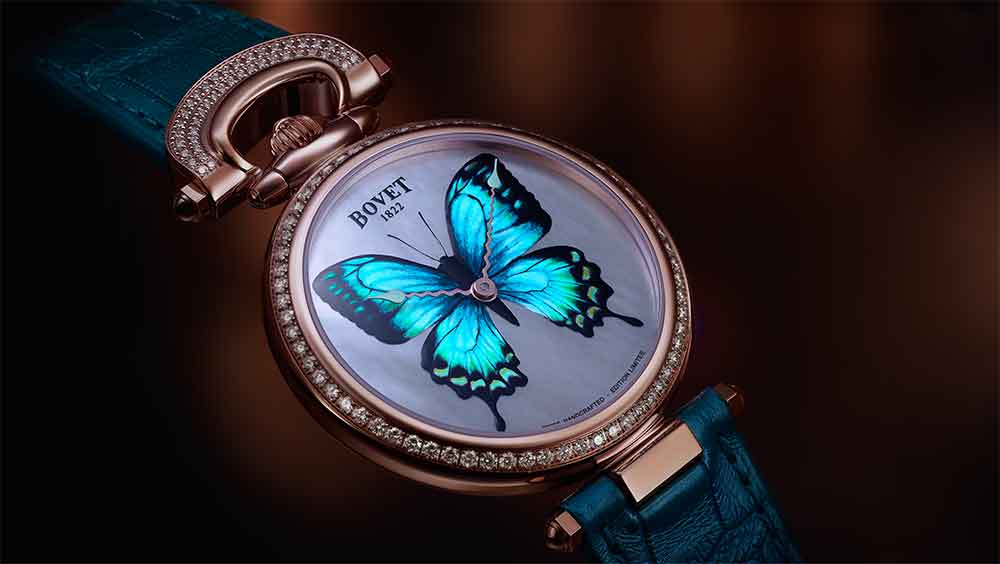 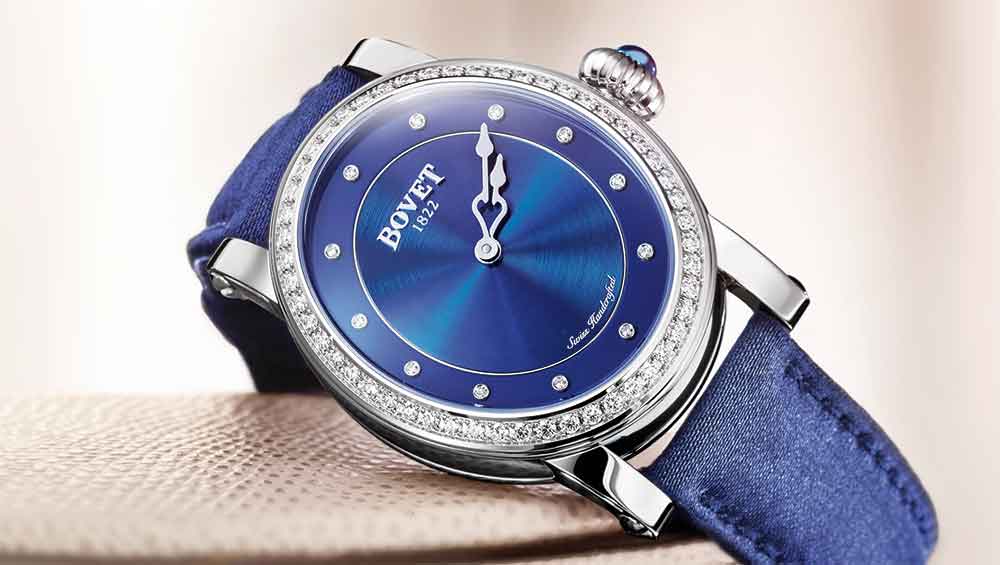