Crown protector with locking lever, exerting a slight pressure on the crown to ensure water-resistance

Grade A SuperLuminova on dial indications and hands

Watchglass in Plexiglas; a spare is provided in the presentation box

Crown for winding and setting the time; in one of the positions, it moves just the hour hand, a useful function when changing time zone 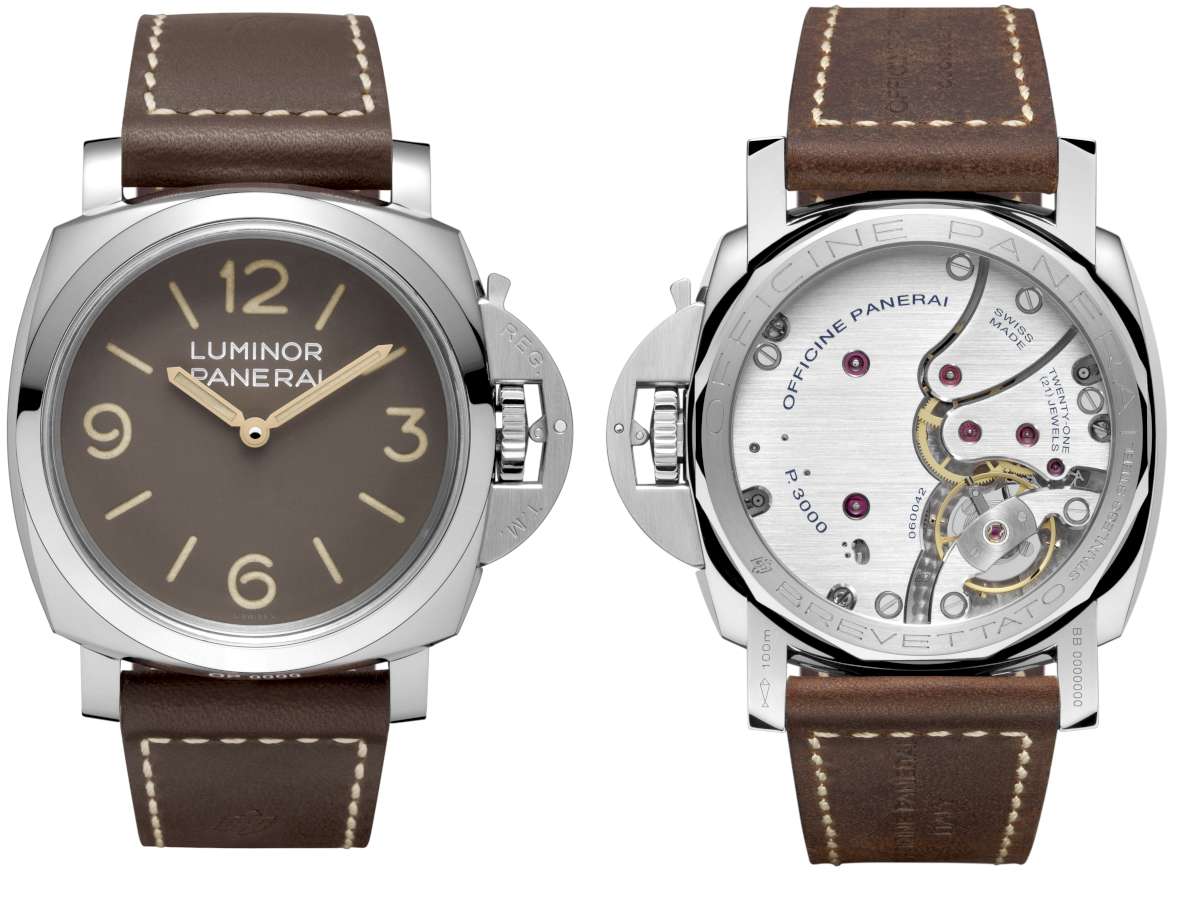 This watch illustrates why Panerai is a world apart from most other brands. It is pure simplicity, just hours and minutes, four numerals in the graceful Panerai style, eight straight hour markers, and that’s it. No date window, and that is something fantastic and courageous. The Panerai Luminor 1950 3 Days Acciaio 47 mm PAM00663 is a watch that displays the concept “less is more” better than most. Turn it over, and you see the beautiful P.3000 manually-wound movement in all its functional glory. At €9,900, it’s not exactly cheap, but it’s a masterpiece, and a limited edition of 1,000 units.

The watch’s apparent simplicity conceals a vast amount of content. The word Luminor, for example, accompanying the brand name on the dial. Luminor is now one of Panerai’s case designs, along with Radiomir, but the word was originally the tradename of a radioactive, tritium-based luminescent paint that Panerai patented in 1948 and used for its watches supplied to naval forces. The Luminor case is similar to the Radiomir, with the addition of a crown protector with locking lever. When closed, it exerts a slight pressure on the crown that protects it from accidental blows and helps ensure the 100-metre water-resistance. The crown protector first appeared in the 1940s but it was patented only in 1955. The other feature of the Luminor case comprises the reinforced lugs made from the same block of steel as the case. 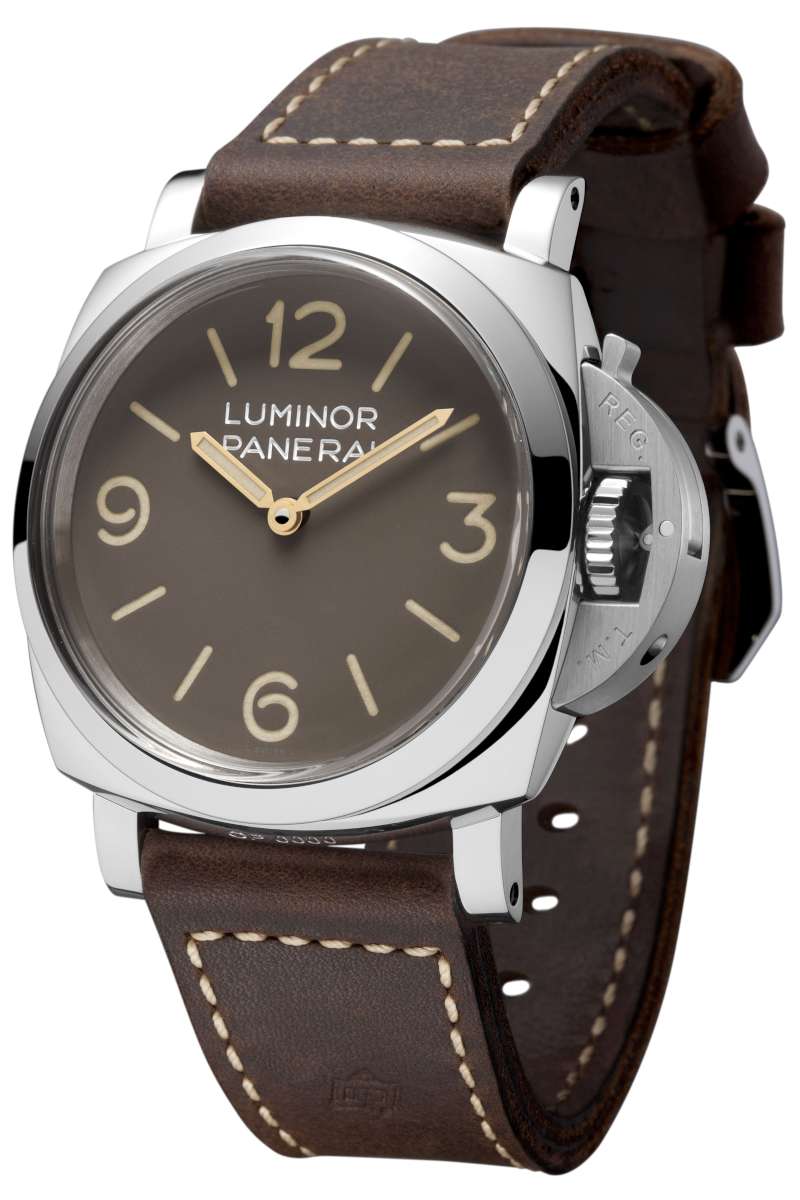 The brown dial recalls the dials of Panerai’s pre-war military watches, in which the Radiomir luminescent paint was so radioactive – based on radium and zinc sulphide – that it discoloured the black dials to brown. Today of course, the luminescent paint used in Panerai watches is not radioactive, but (in this case) Grade A SuperLuminova, applied to furrows on the dial surface and hands to provide a greater thickness of paint, and higher luminosity.

The shape of the numerals reflects another feature of some Panerai watches, the sandwich dial, in which numerals and hour markers are cut out from the top layer to reveal the SuperLuminova at the core, above a base layer. The shape of the 6 and 9 are based on a single continuous line, so that they can be cut out of a layer of metal.
The watchglass reflects Panerai’s history, as it is not in sapphire glass, but in Plexiglas, origina
lly used because it is more flexible and tougher, better suited to military purposes. Plexiglas scratches more easily than sapphire glass, and so Panerai provide a spare in the box, and will mount it onto the watch free of charge at any Panerai boutique.

The sapphire caseback reveals the hand-wound P.3000 movement, made in-house, with two mainspring barrels providing a three-day power reserve. It’s a beautiful sight, a perfect size-match for the case. The brushed bridges provide a refreshing change to the ubiquitous Côtes de Genève found in most watches, and form a graceful pattern. The large balance wheel runs at 3 Hertz, 21,600 vibrations per hour. The crown is used to wind the watch and set the time, and in one of the positions, it moves just the hour hand, a useful function when changing time zone. 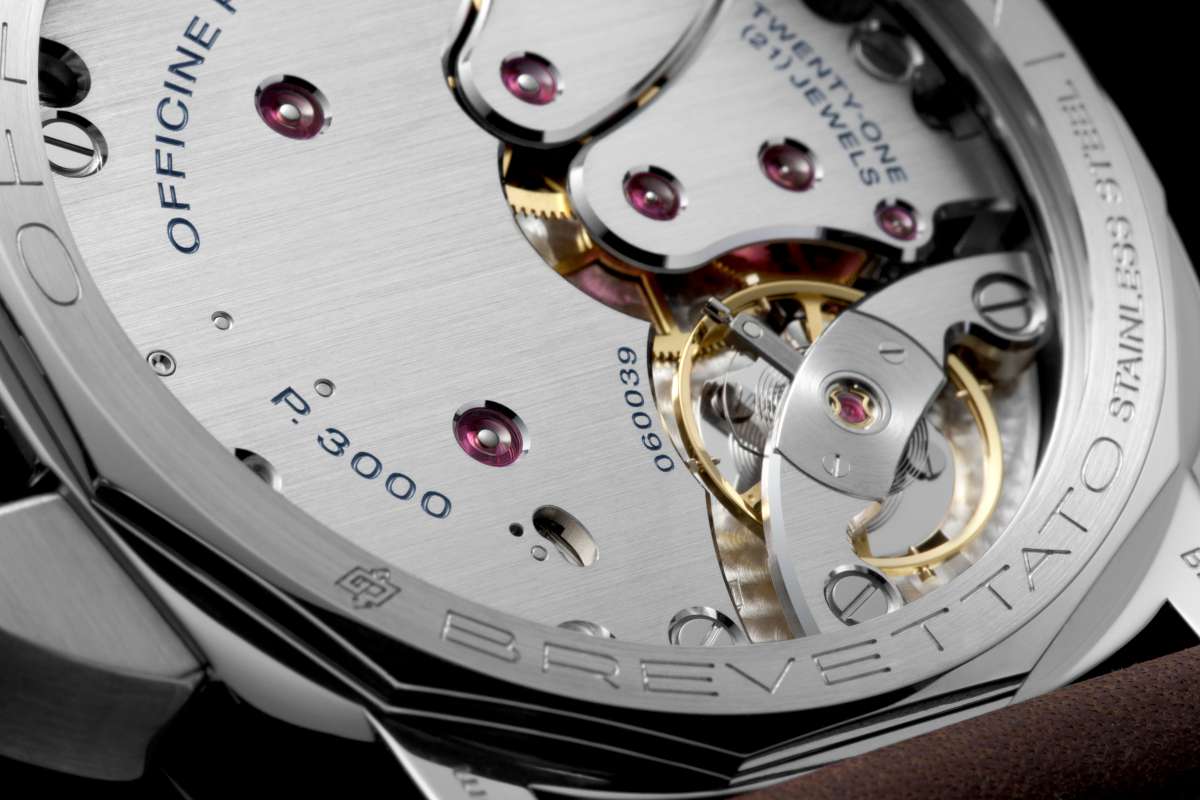 The strap has a vintage appearance, with its open sides, and beige stitching contrasting with the brown calfskin. There is a heat-embossed OP logo, and a tongue buckle in steel. 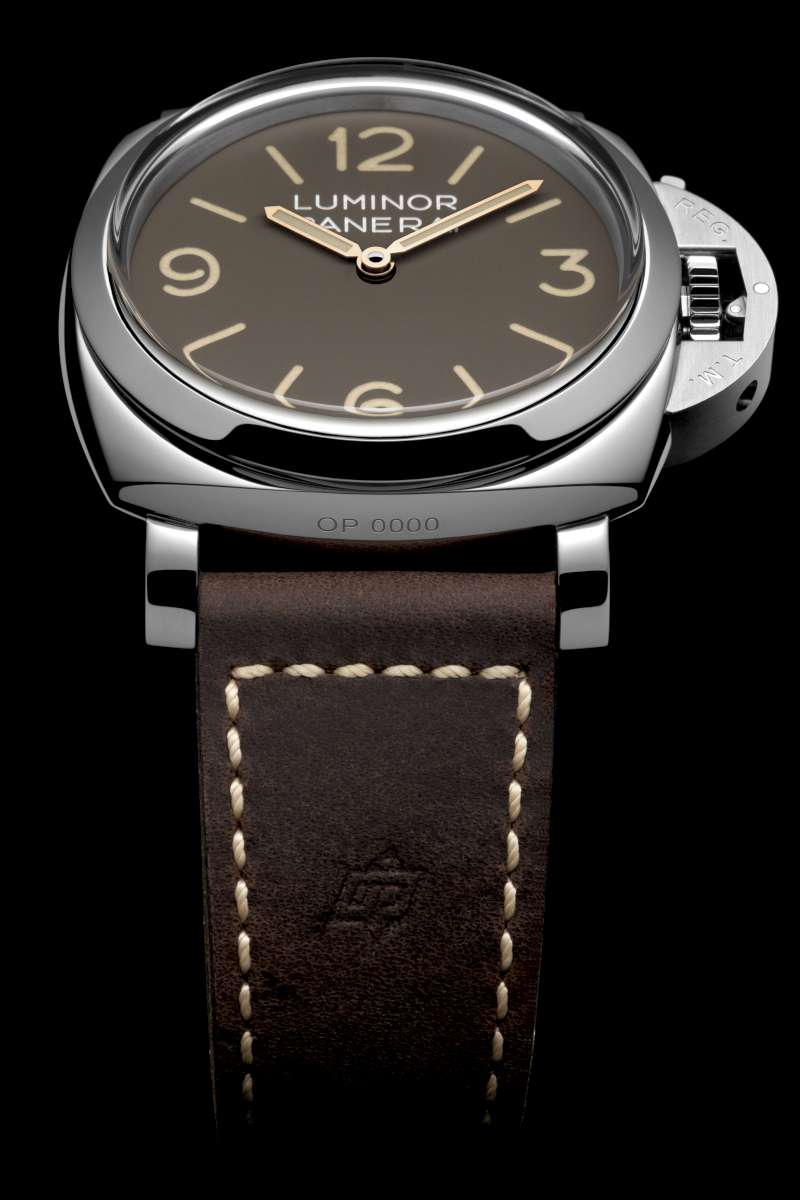 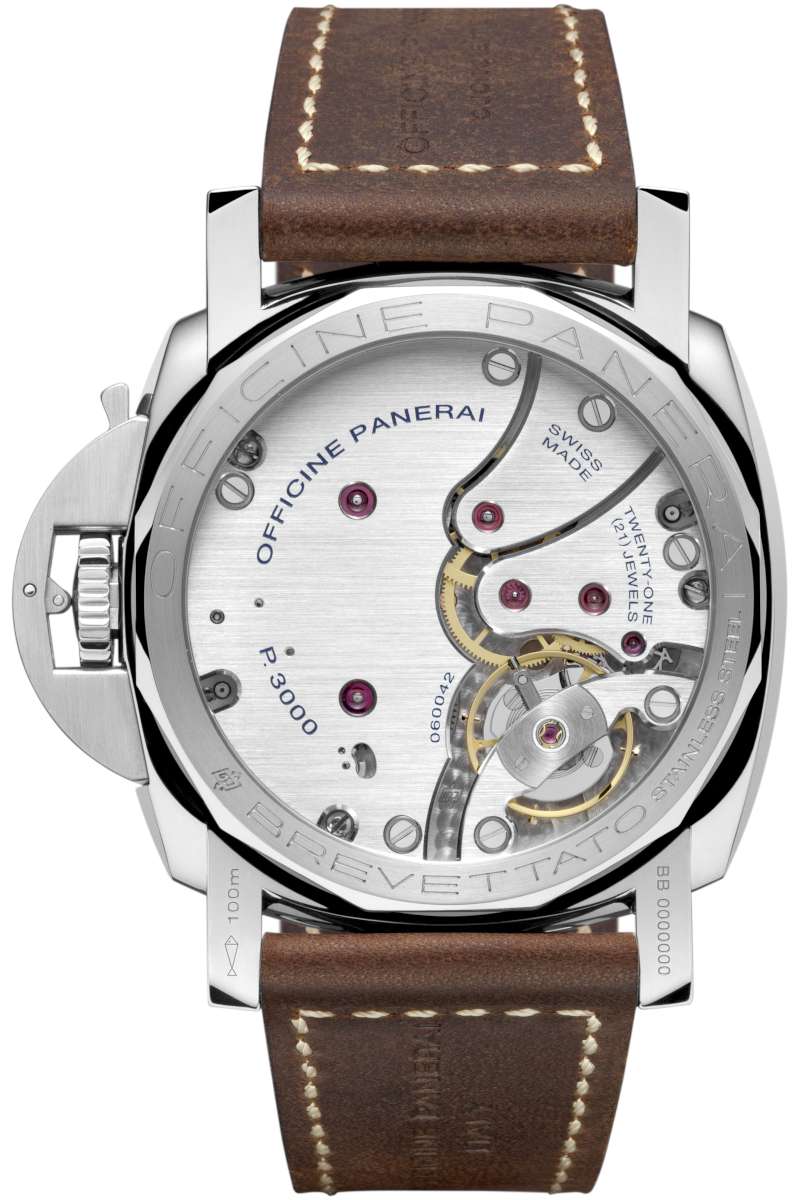