47 mm titanium Luminor case made using the direct metal laser sintering technique, that enables it to be made with a hollow internal structure, lighter and with high rigidity. Water resistance 10 bar/100 metres

Numerals and hour markers attached to flange, with luminescent coating

Wells containing the three mainsprings, connected in series to give the watch its 6-day power reserve (144 hours)

Patented tourbillon , cage rotates on an axis perpendicular to that of the balance once every 30 seconds. Balance runs at 28,800 vph/4 Hertz 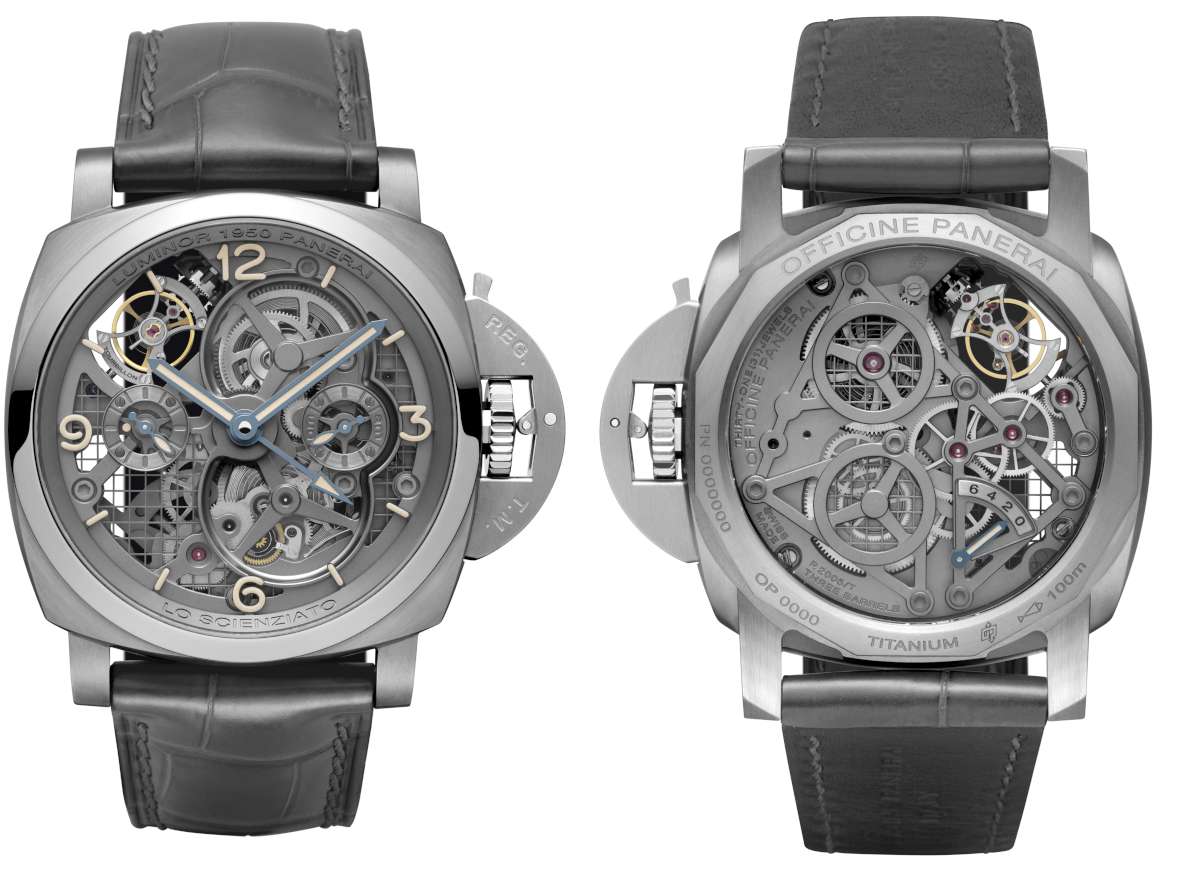 This watch by Panerai had already been presented in 2015 in a red gold case, and in 2016 the same concept has been given a 47 mm titanium case designed to make the watch lighter. You could say that the middle case is 3D-printed, and this enables it to be made hollowed out internally, like the bones of a bird. The process, “direct metal laser sintering,” builds up the object layer by layer, using a fibre optic laser and powdered titanium. The result is a component that is very light, but with excellent rigidity, helping to maintain the water resistance of 10 bar (100 metres). 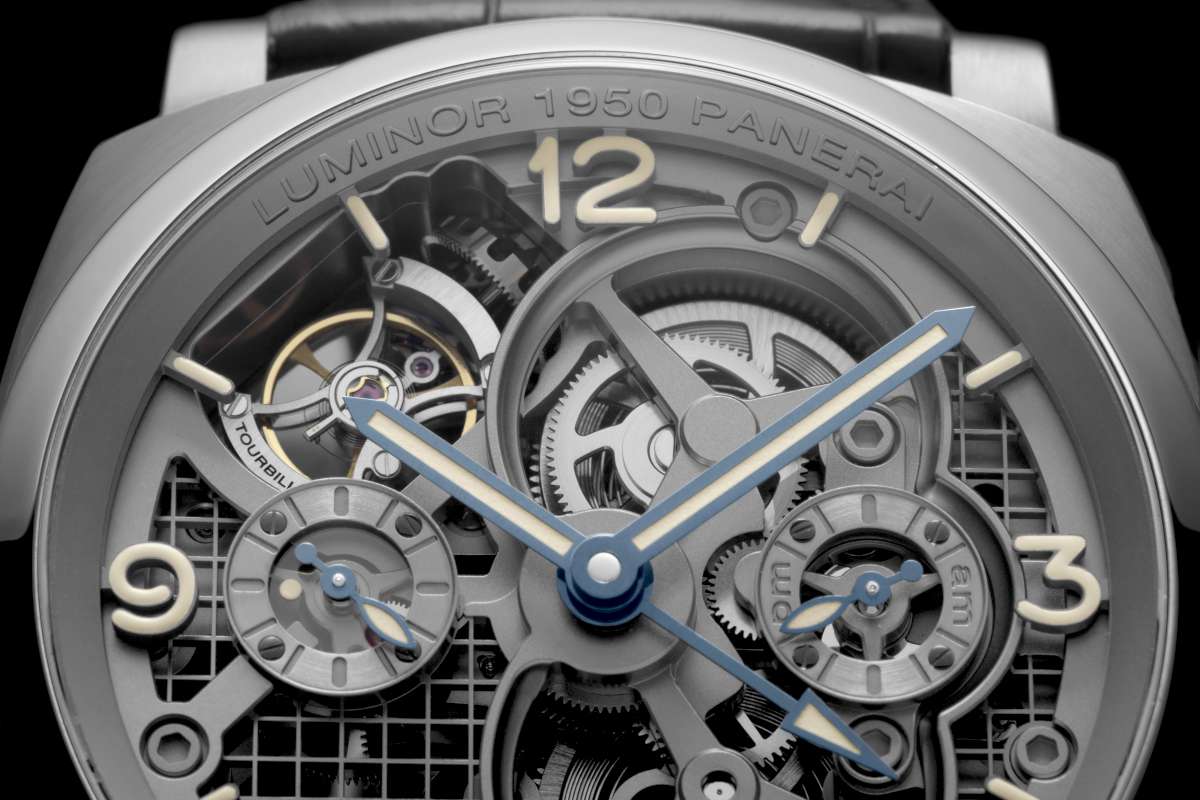 Weight is also kept low by the skeletonization of bridges, plates and spring barrels, and the absence of a normal dial. Numerals and hour markers are attached to the inner flange of the bezel, and the subdials at 9 o’clock and 3 o’clock are integrated with the movement. Dominant features on the front of the watch are two wells containing the three mainsprings, connected in series to give the watch its 6-day power reserve (144 hours). The tourbillon is relatively small, at the top left of the dial. The spaces between the skeletonized bridges and movement components are filled in with a sort of metal mesh, something that is appearing in several watches (the Hautlence HL Black Ceramic is another recent example). To be honest, I don’t really like this, in my opinion it makes the watch look like a building site or a chicken pen. Whether it’s done for structural purposes, or to reduce the transparency of the watch (so that wrist hair doesn’t get visually mixed up with the movement), it’s that random square geometry that gets me, it seems distant from the aesthetic of a watch with its combination of curves and straight lines. 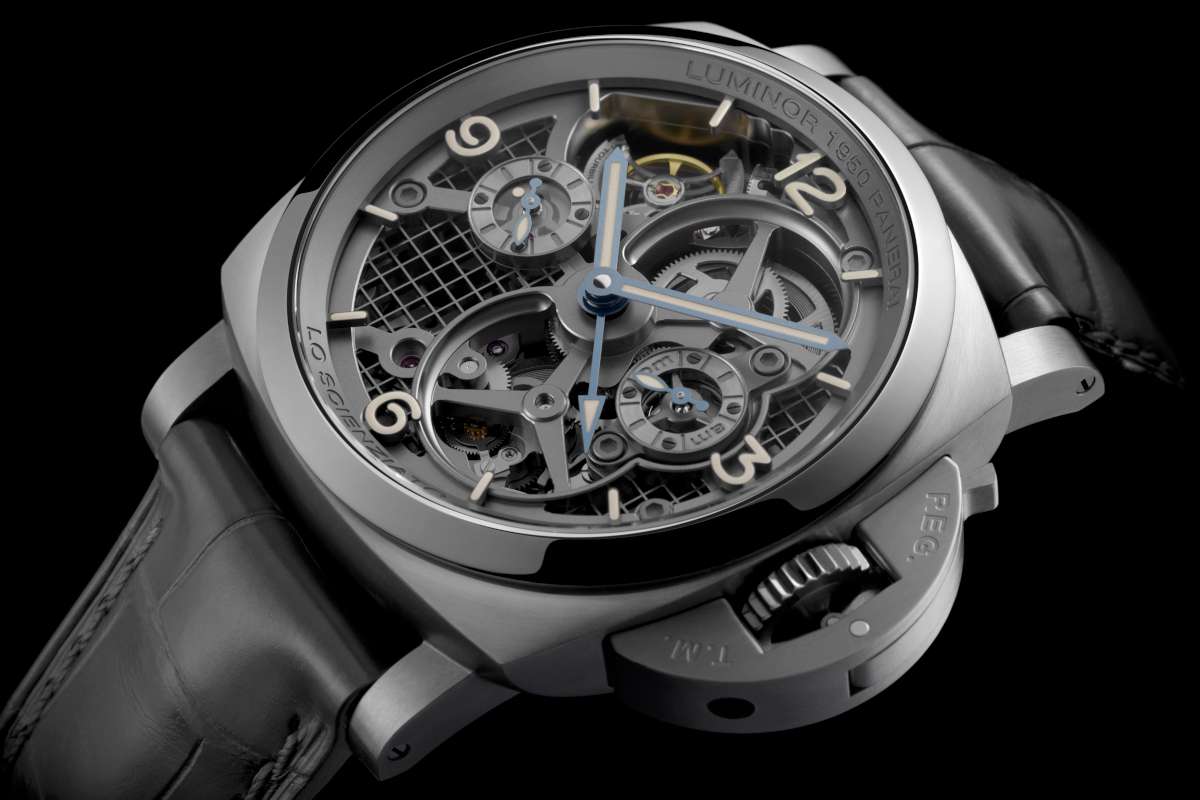 The movement is hand-wound, designed and built by Panerai. It has the brand’s patented tourbillon design, in which the cage rotates on an axis perpendicular to that of the balance, once every 30 seconds. The action of the tourbillon can be seen from Panerai’s video of the preceding 2015 version of the watch.

The watch has an anthracite-colour alligator strap, with titanium deployant buckle that is skeletonized like the watch itself. 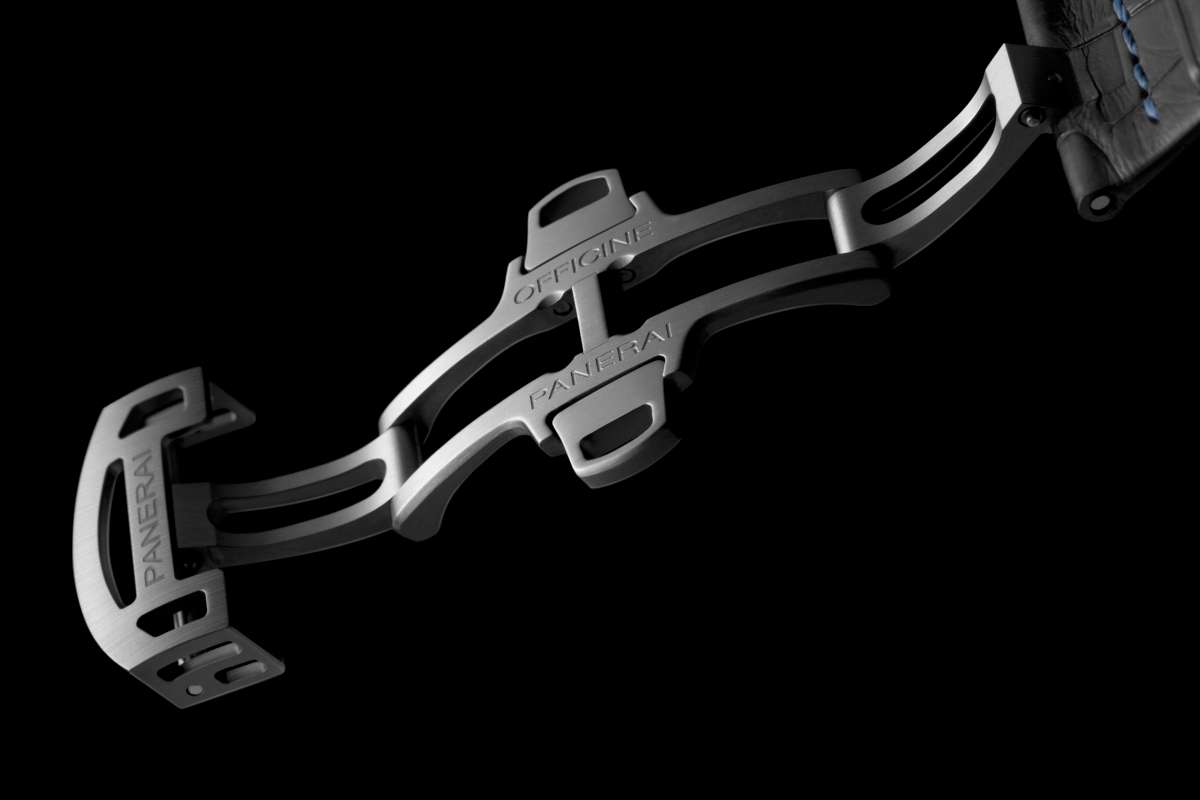 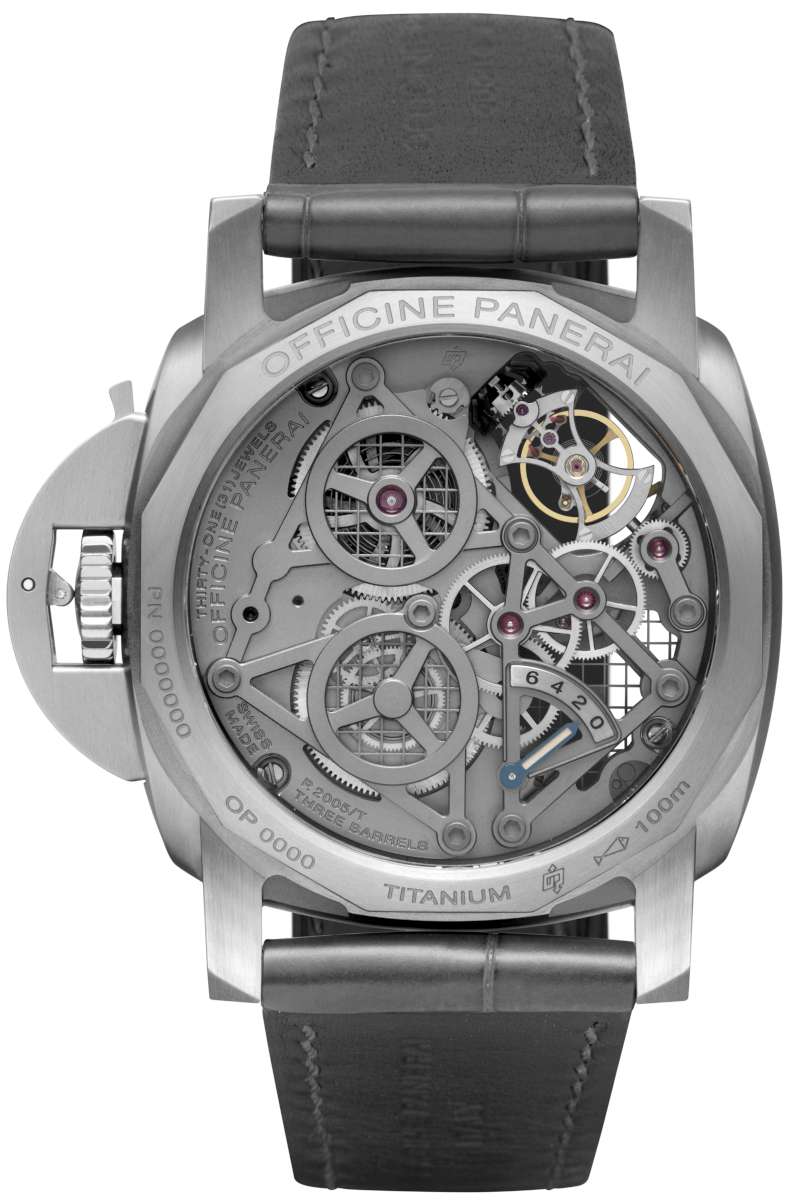