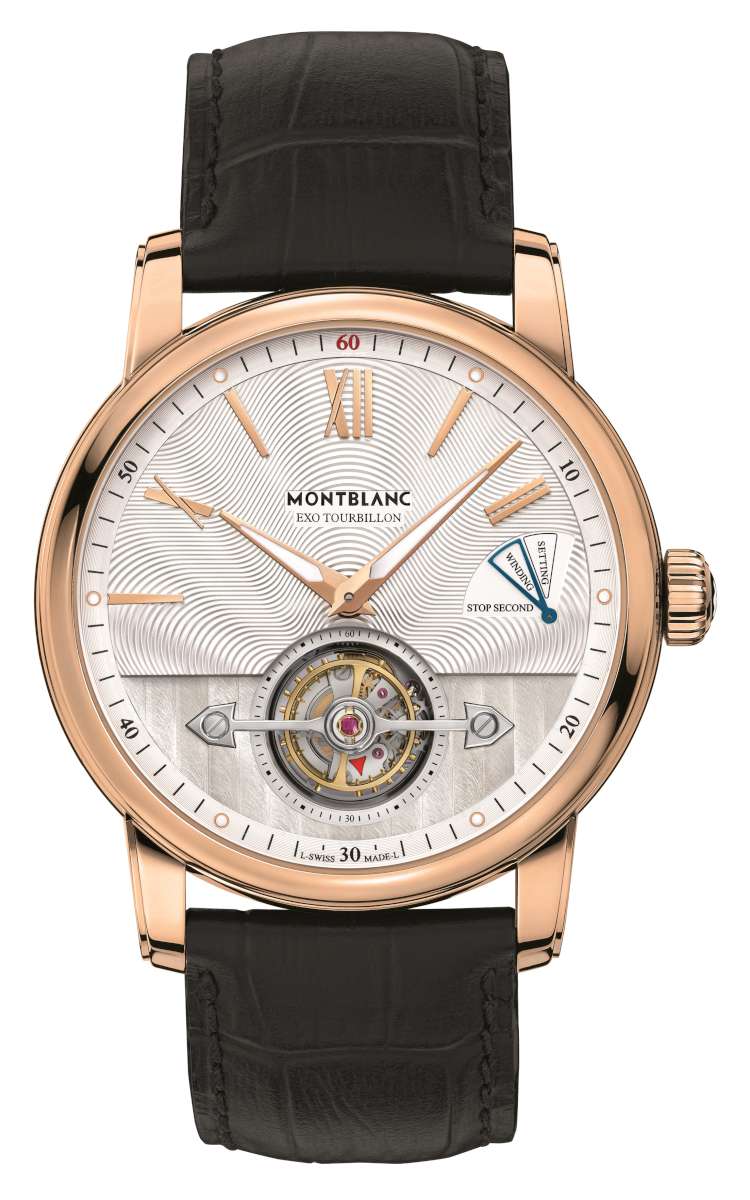 Montblanc has now completed its set of watch families and from this year begins a process of consolidation, reinterpreting existing models. But this doesn’t mean that the brand is resting on its laurels: just in the 4810 range, this year there are three new in-house movements, accompanied by a lot of design work. The new 4810 ExoTourbillon Slim adds the stop-second function and a crown-position indicator, as well as a redesigned case. The movement, Calibre MB 29.21, is 4.5 mm thick, so that the watch, in its 42-mm-diameter case, is just 10.14 mm thick. All watches are subjected to the Montblanc Laboratory Test 500, which simulates real-life wear for 500 hours. 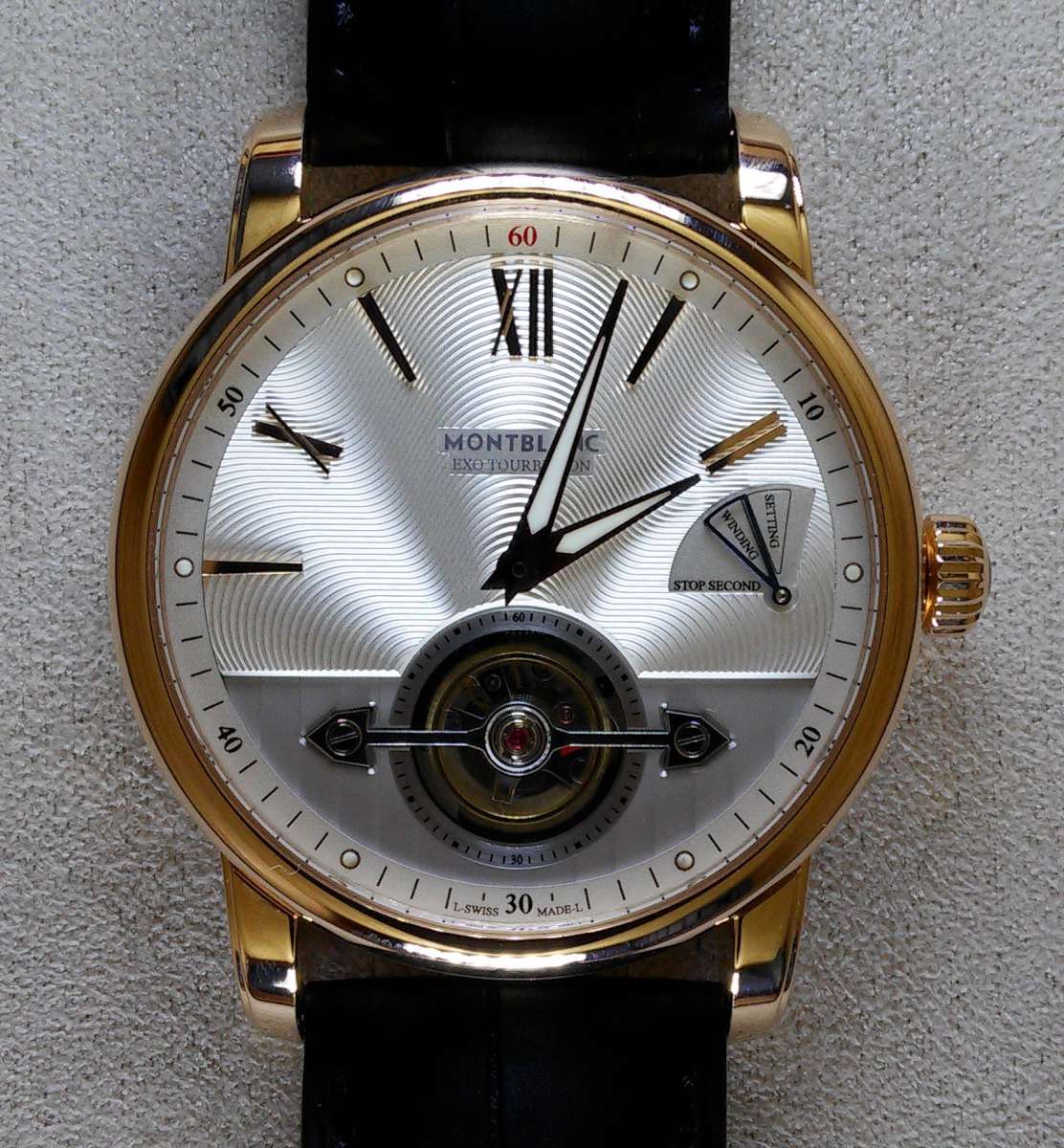 The ExoTourbillon is the star of the show

It’s an impressive tourbillon, with a generously-sized 9.7mm balance, with 18 screws, of which four are for precision regulation. The patented ExoTourbillon has been part of Montblanc’s heritage for some years, based on a cage that does not enclose the balance, as in normal tourbillon, but is smaller and placed underneath. This enables the cage to be smaller and the balance to be larger. The balance runs at 21,600 vibrations per hour, 3 Hertz. The movement has a micro-rotor that provides a better view of the calibre through the sapphire caseback. The bridge taking up most of the caseback view is decorated with Côtes de Genève en Eventail, a spiralling pattern. 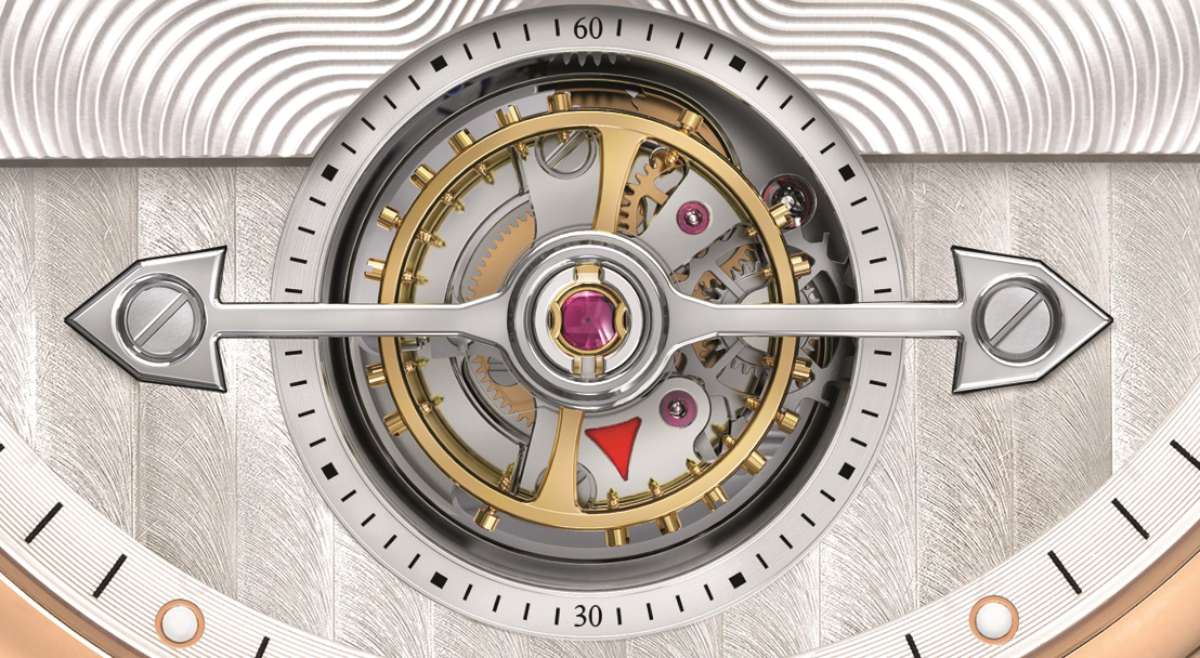 The tourbillon is given pride of place, framed by the lower part of the dial decorated with Côtes de Genève. The rest of the dial is in wavy guilloché that seems to be radiating out from a Montblanc emblem but this is imaginary, in a position corresponding to the centre of the tourbillon. There is a red arrow on the tourbillon cage which indicates the seconds on a scale around the well. This, with the stop-second function, enables the user to set the time to the exact second. 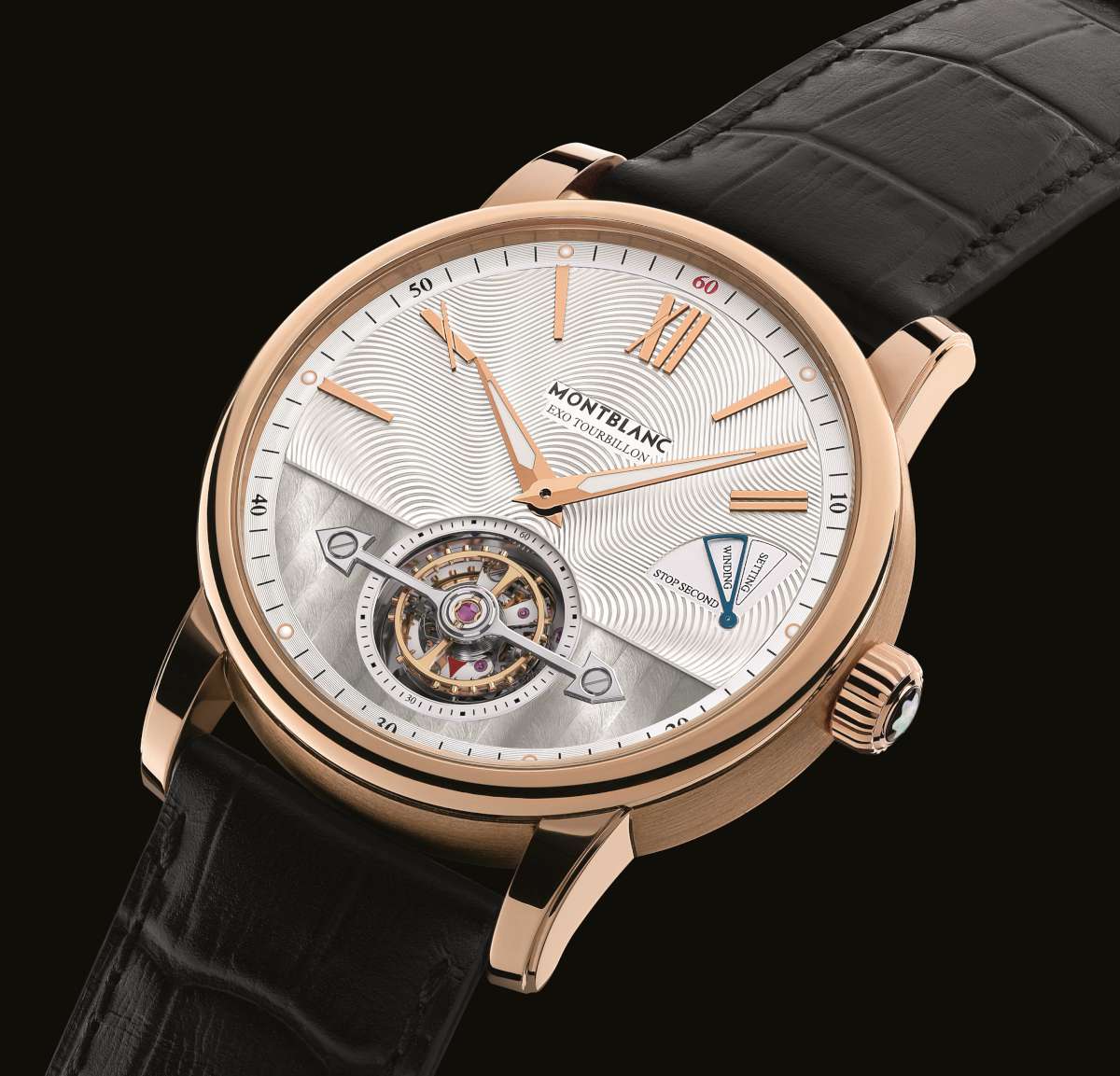 The crown’s position is shown by an indicator that resembles a ship’s telegraph. This is part of the collection’s overall themes, based on the age of the great Atlantic liners. Possibly excessively theatrical, given that the crown has just two positions, one for winding and one for time-setting, with the latter including the stop-second function. But a tourbillon watch is pure theatre anyway and so it adds to the atmosphere. The crown is finished with the Montblanc emblem in mother-of-pearl.

The case is in red gold, with a water resistance rating of 5 bar (50 metres depth). The caseband has a brushed finish that contrasts with the polished bezel and lugs. The bezel is narrow to enhance the dial’s sense of space. The watch has a black alligator strap with red gold pin buckle. 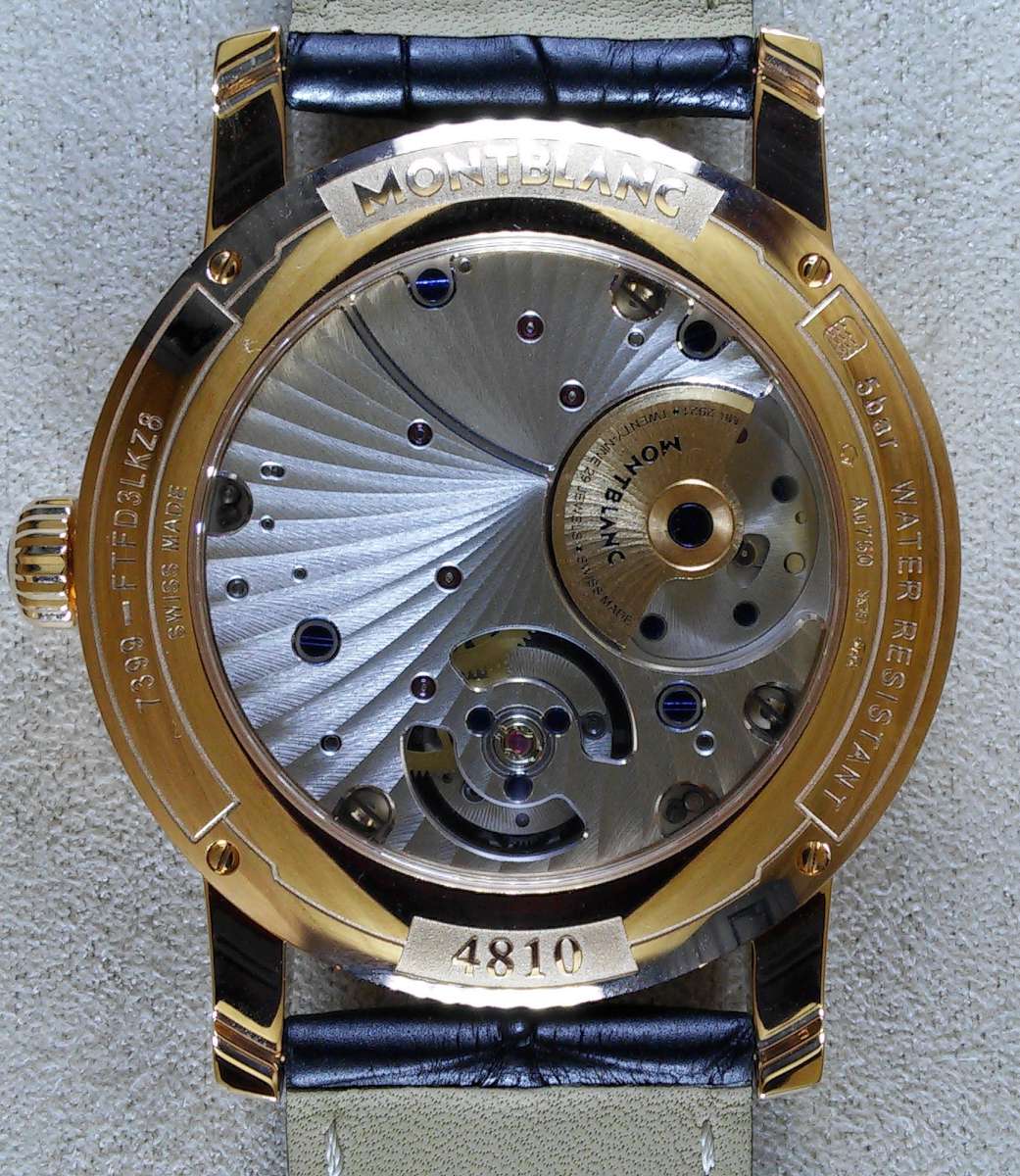 The Montblanc 4810 ExoTourbillon Slim, reference 114864, costs €34,500. This makes it one of the most accessible tourbillons on the market.

Below, the two sides of the new Calibre MB 29.21 movement: