Hand-painted map, each watch is different 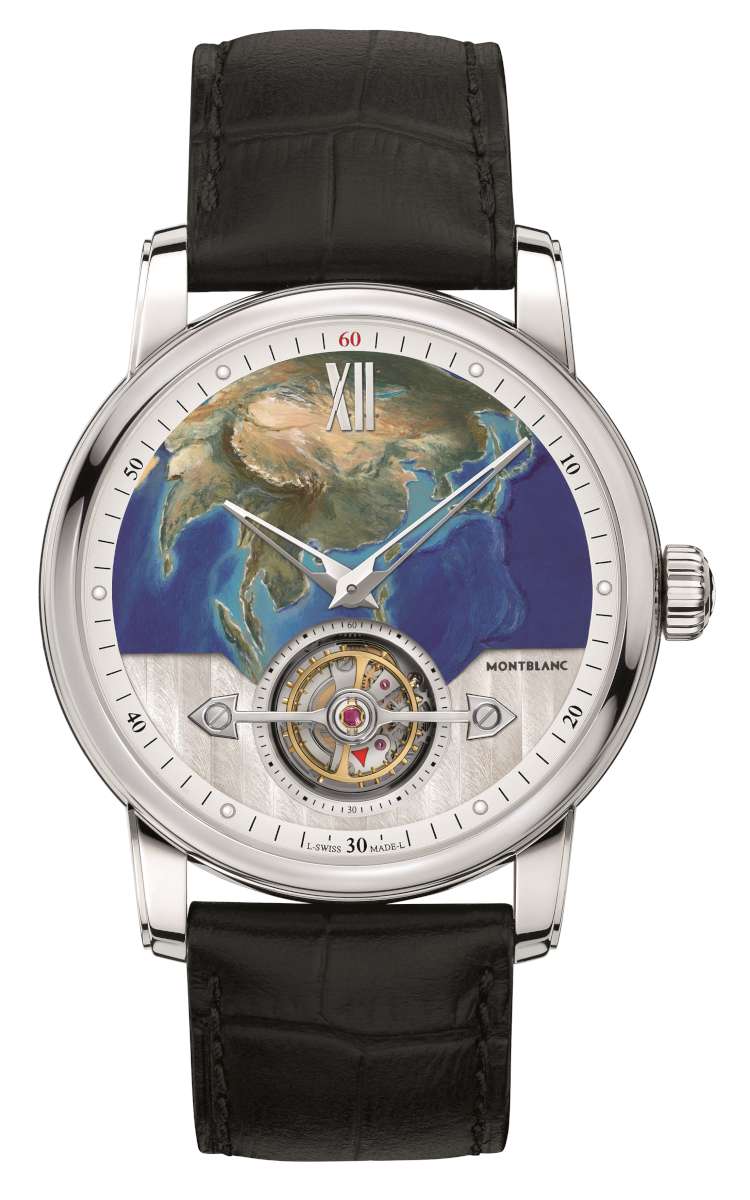 Montblanc has created three limited editions of the ExoTourbillon Slim, with hand-painted maps. The editions are of North America (36 watches), Asia (38 watches) and Europe (36 watches), so that in total there 110 watches, celebrating the brand’s 110th anniversary. The watch itself is basically the same as the 4810 ExoTourbillon Slim, with its new Calibre MB 29.21 movement, the one-minute tourbillon at the base of the dial framed by Côtes de Genève decoration, and the stop-second function for precision time-setting. 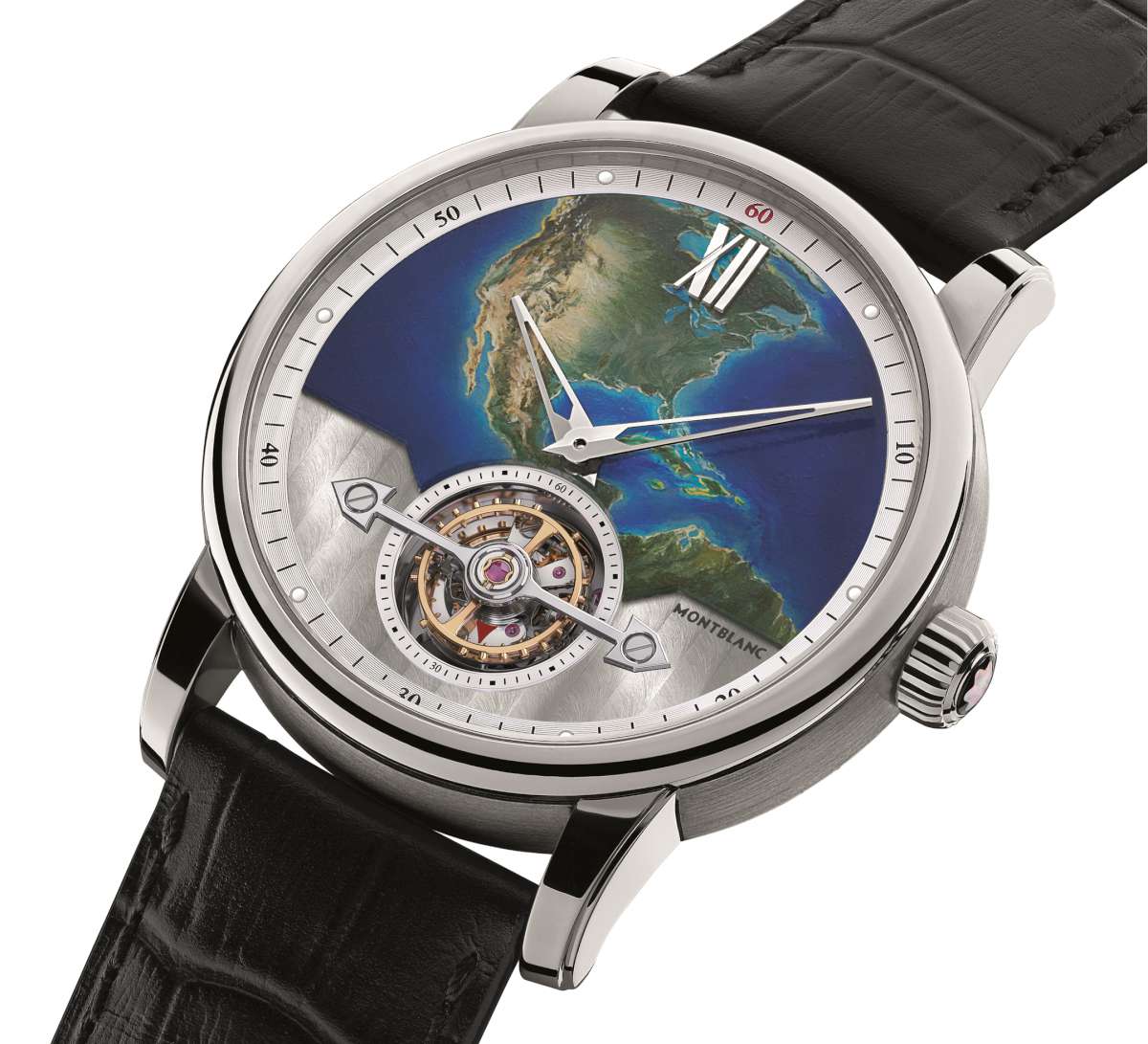 The difference is purely on the upper part of the dial, with the guilloché silvered dial replaced by the oil painting, and the crown position indicator omitted. Hands are skeletonized to maximize visibility of the painting, and the only hour indication is the XII at the top of the dial. The map itself is painted layer after layer, and each is unique, providing a striking impression of the globe seen from space. The effect is nice, though I have to say that everyone looks at a watch likes this and immediately searches for their own town, and so there may be problems, say, for someone on the Isle of Man (which has sunk without trace), or Ireland, or Corsica which seems to have merged with Sardinia, and so forth. 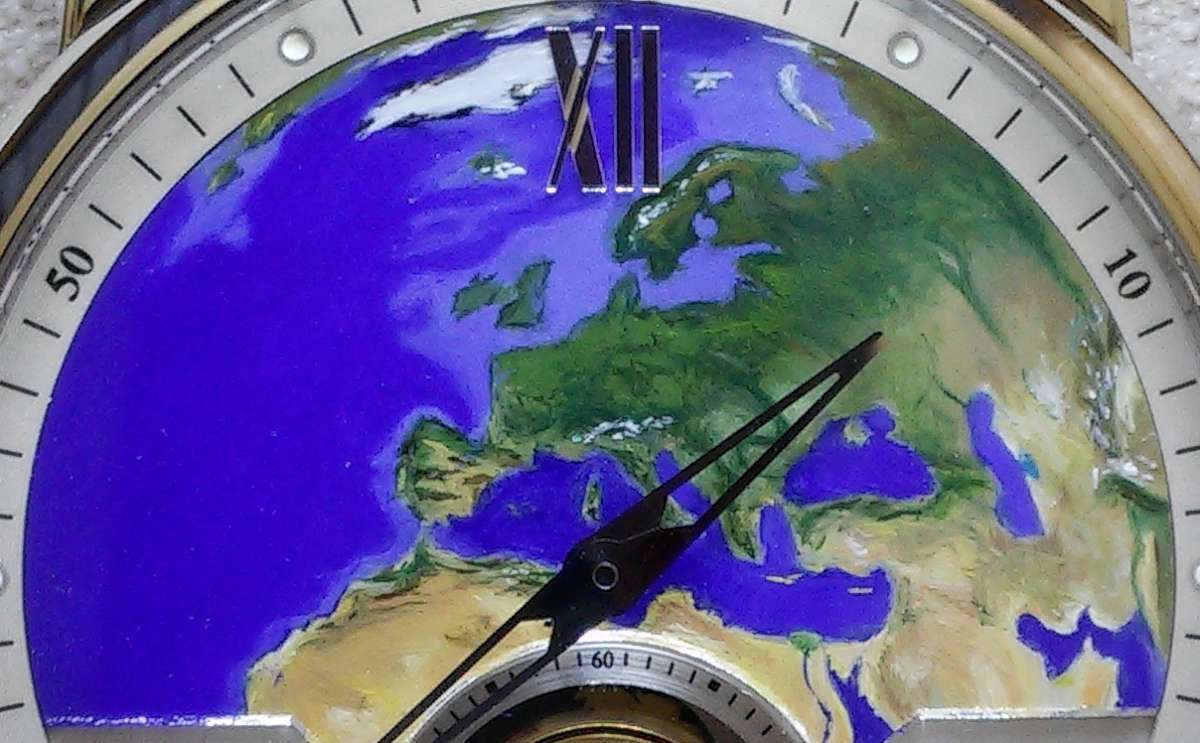 The view of the movement through the sapphire caseback is identical to ExoTourbillon Slim, with a limited view of the tourbillon, the decorated a micro-rotor, and the bridge decorated with the spiral geometry of Côtes de Genève en Eventail. 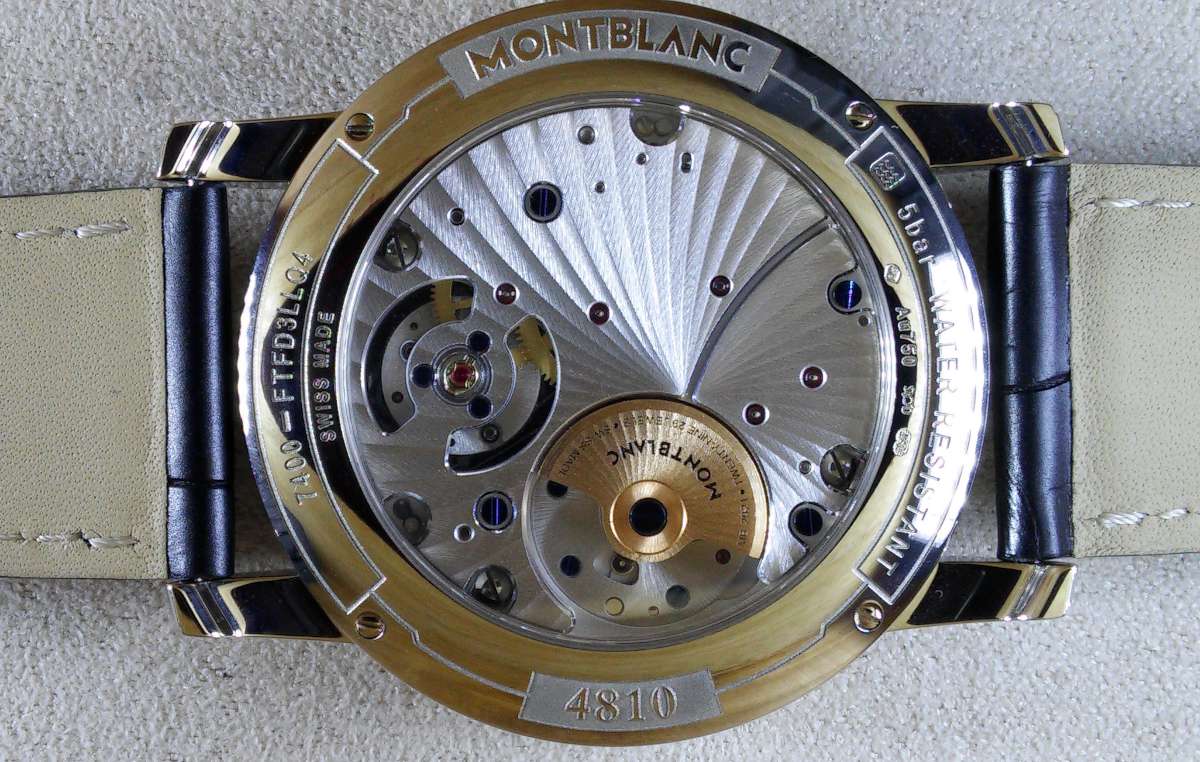 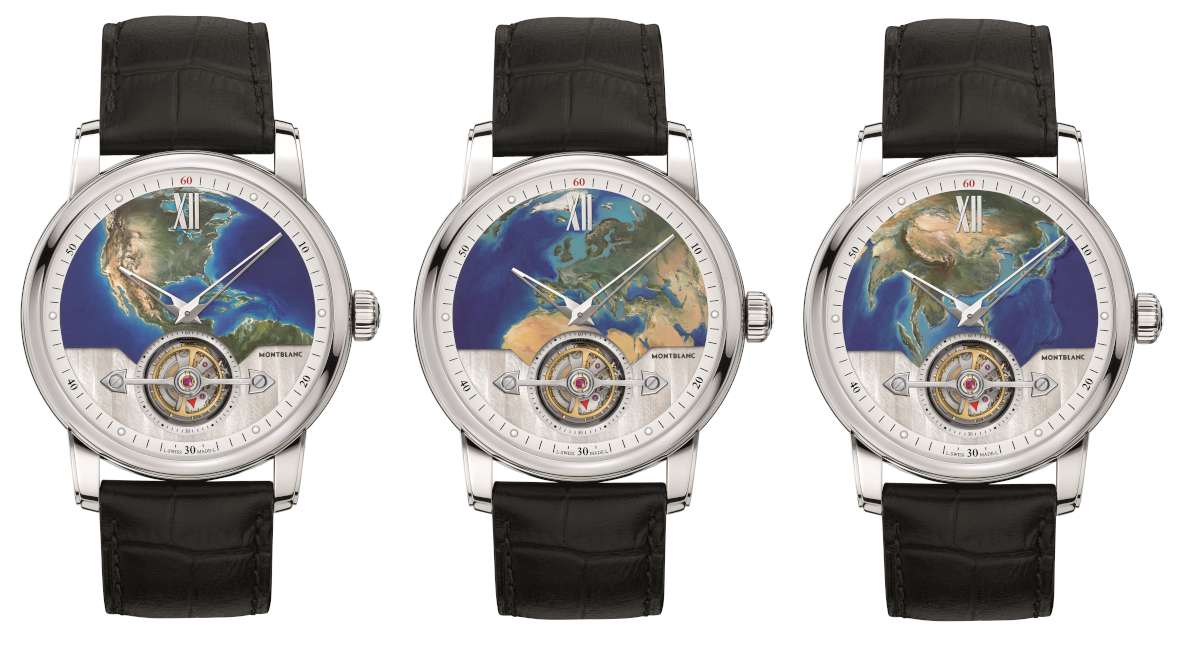