Wandering hours display of time, with four rotating discs, each with three numerals, showing the hours

Minutes shown by the position of the hour marker, moving from right to left 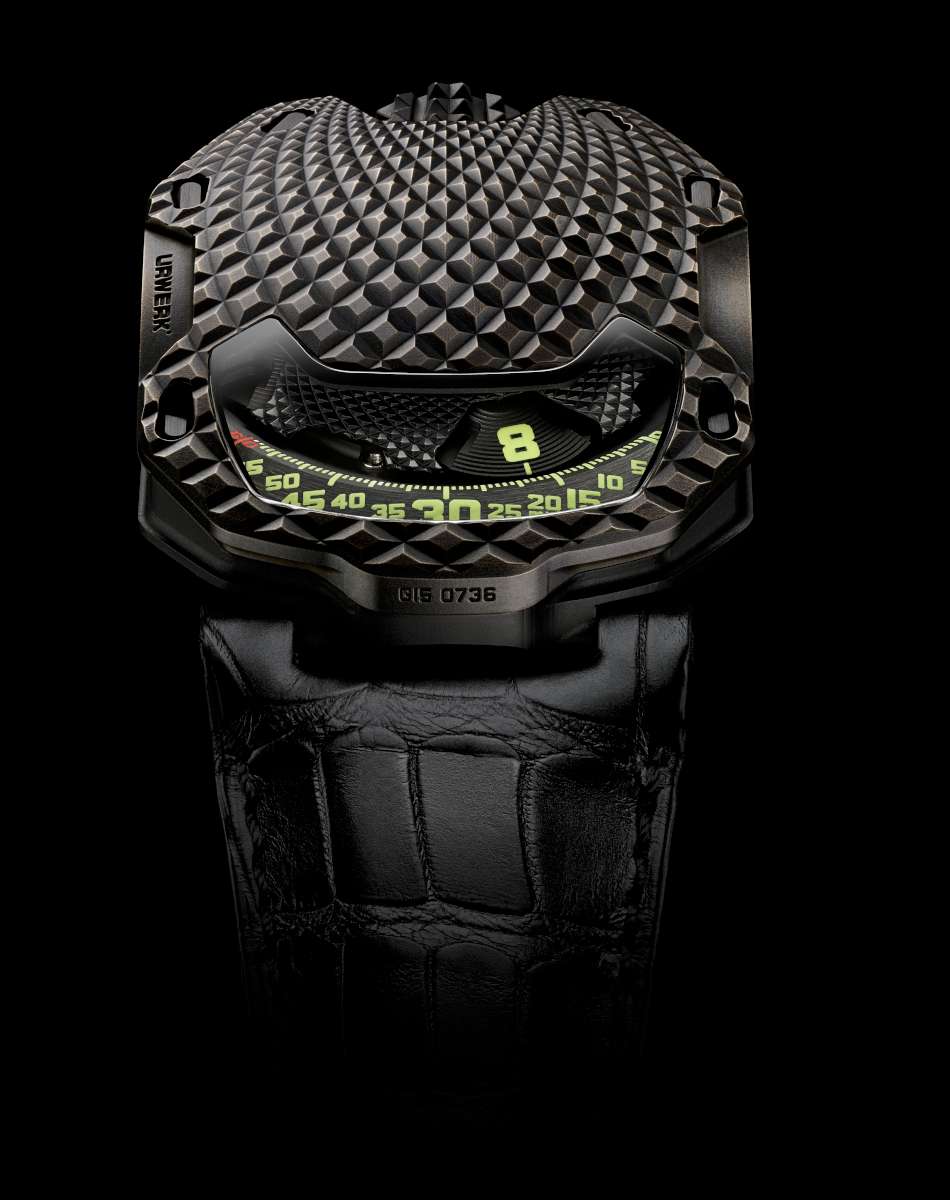 Would you want to meet this thing on a dark night, or in a tropical jungle? It’s name is menacing enough, T-Rex, and that spiky carapace looks threatening to say the least. The top of the case is in hand-finished bronze, and the crown at the top is also magnificently aggressive. Even when new, the watch’s appearance looks aged, with the hand-patinated surface suggesting a mature leathery dinosaur skin. It will continue to develop organically as the watch travels through time and space. 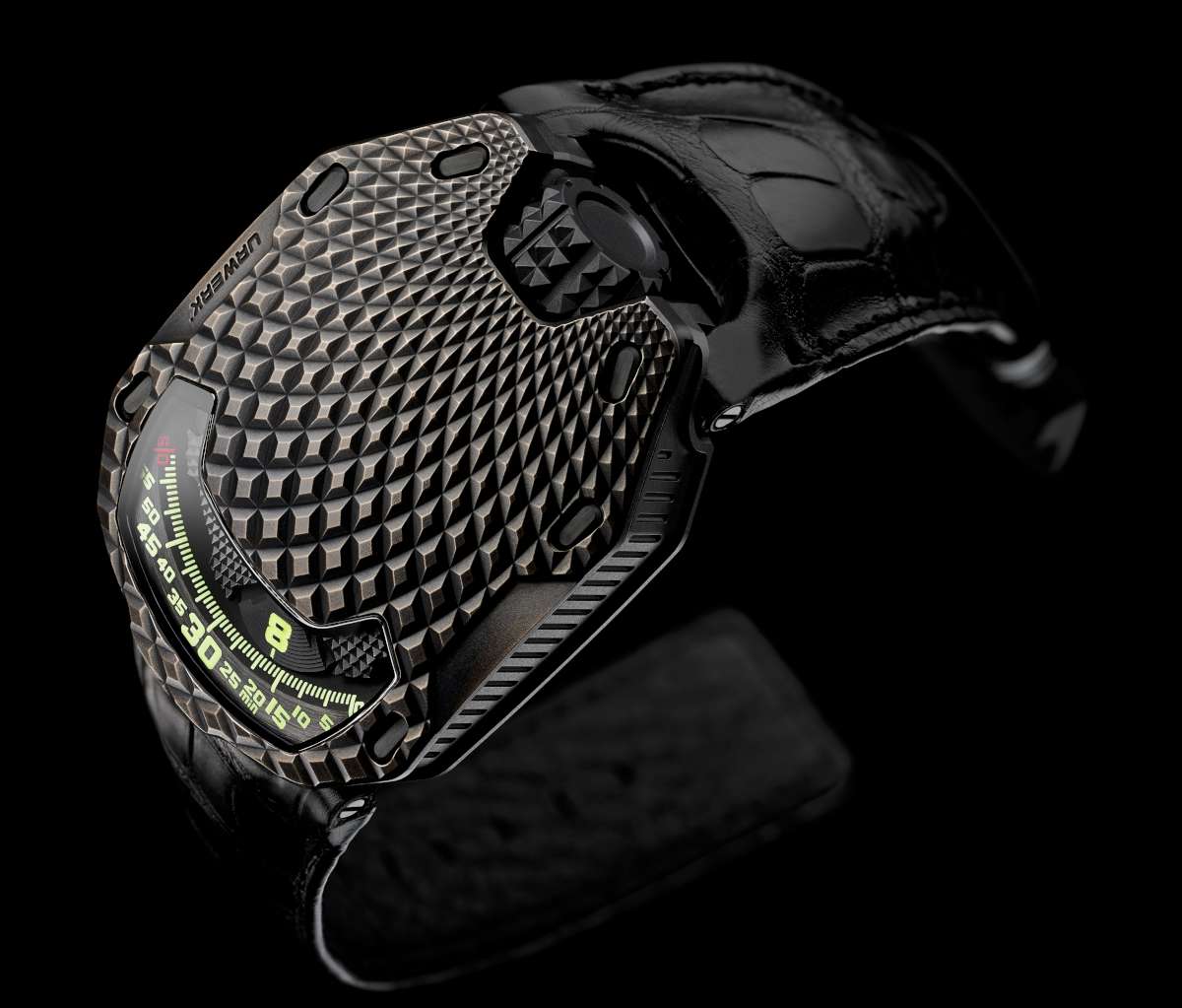 The UR-105 T-Rex by Urwerk is a new version of the existing UR-105 with its characteristic wandering hours display of time, with four rotating discs, each with three numerals, showing the hours. Minutes are shown by the position of the hour numeral as it sweeps along the scale from right to left. Hour and minute markers are coated in SuperLuminova for visibility at low light levels. The main case and caseback are in PVD-coated titanium. Water-resistance is the standard 3 bar, 30 metres depth of water. The watch is large at 39.5 mm width, 53 mm length and 16.8 mm thickness. 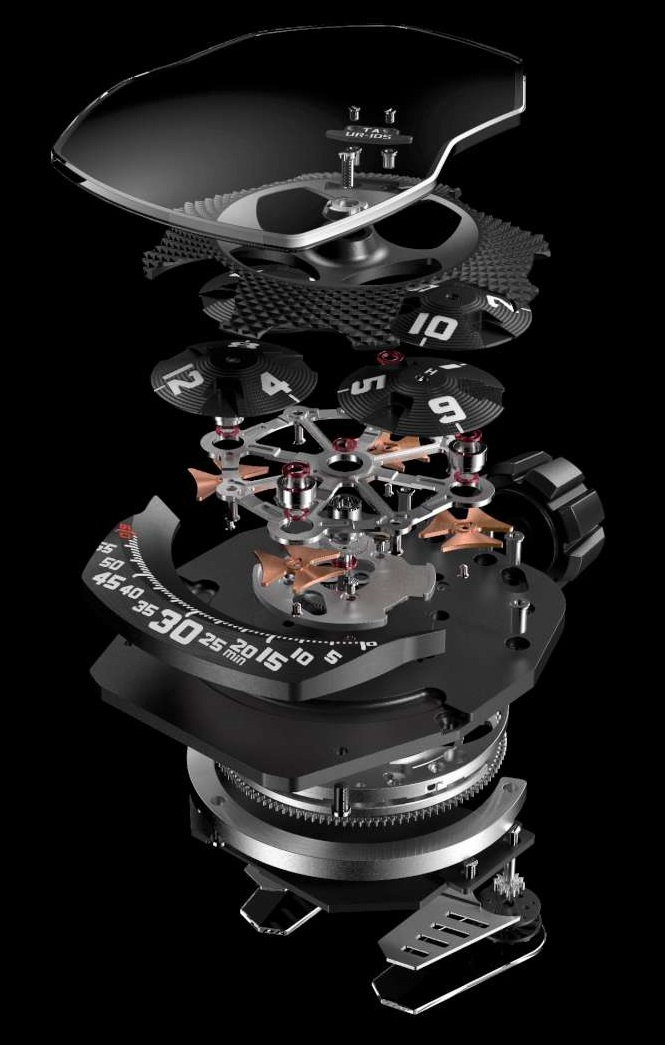 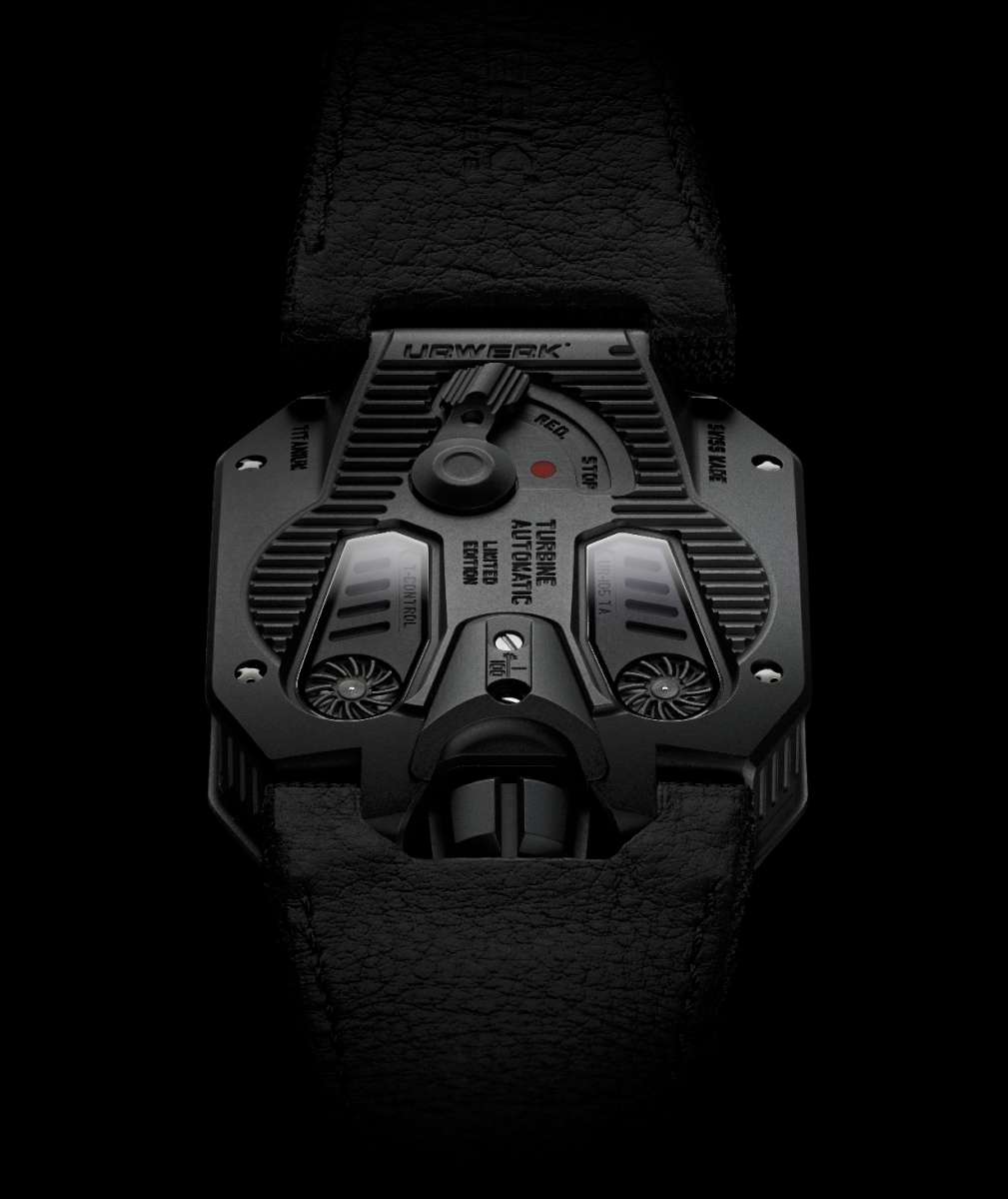 The base movement for this watch is made by Girard-Perregaux or Zenith, and the extra stuff – satellite hours, double turbines for automatic winding – is made and assembled in-house by Urwerk. The entire movement is called the Calibre 5.02 UR. It runs at 28,800 vibrations per hour, 4 Hertz, and has a power reserve of 48 hours.