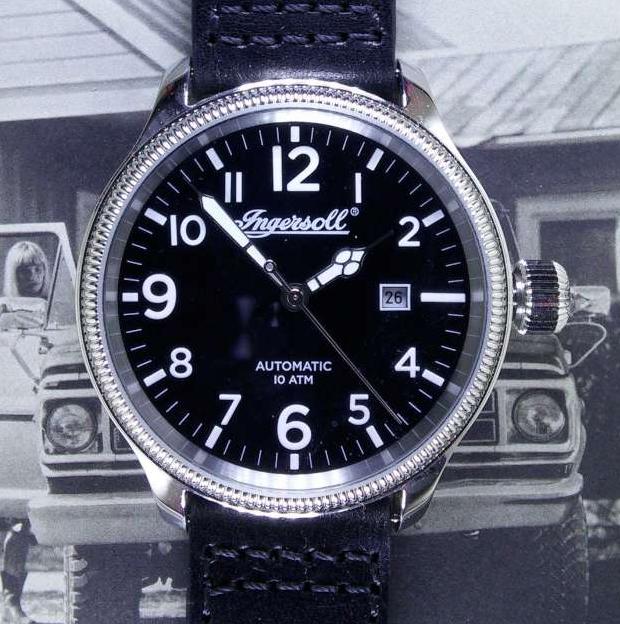 This pilot’s watch by Ingersoll 1892 is a new product that will be launched in June 2016. In a 43 mm case, it has some appealing visual features, such as the cathedral hands and the knurled bezel that reinforce the vintage effect. Unfortunately the designers have added a date window which mars the dial’s overall balance. Most Ingersoll watches are quartz: this has a Miyota movement, and the watch itself is assembled in Asia. The watch will cost $450. 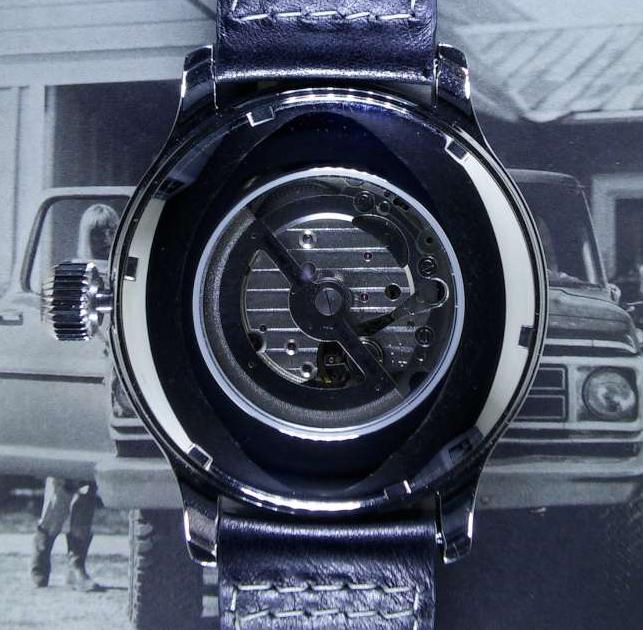 The company was founded in 1892 by the Ingersoll brothers in Michigan, and it became famous for the “Yankee” watch costing $1, introduced in 1896. By the start of the First World War, the company had sold almost 40 million dollar watches, but the American company went bankrupt in 1921, re-emerging later with another name and eventually becoming Timex Group USA. A British subsidiary continued trading as the Anglo-Celtic Company. Today the Ingersoll brand name is owned by Zeon Watches, a British subsidiary of the Chinese company Herald Group. The company’s new website ingersoll1892.com is currently under development.