One of the trends at Baselworld 2016 is for so-called Heritage watches, based on pocket watch designs from the early 20th century. These often have bold Arabic numerals in gold and a small seconds subdial at 6 o’clock; several brands have introduced pilot’s watches in the same pattern. 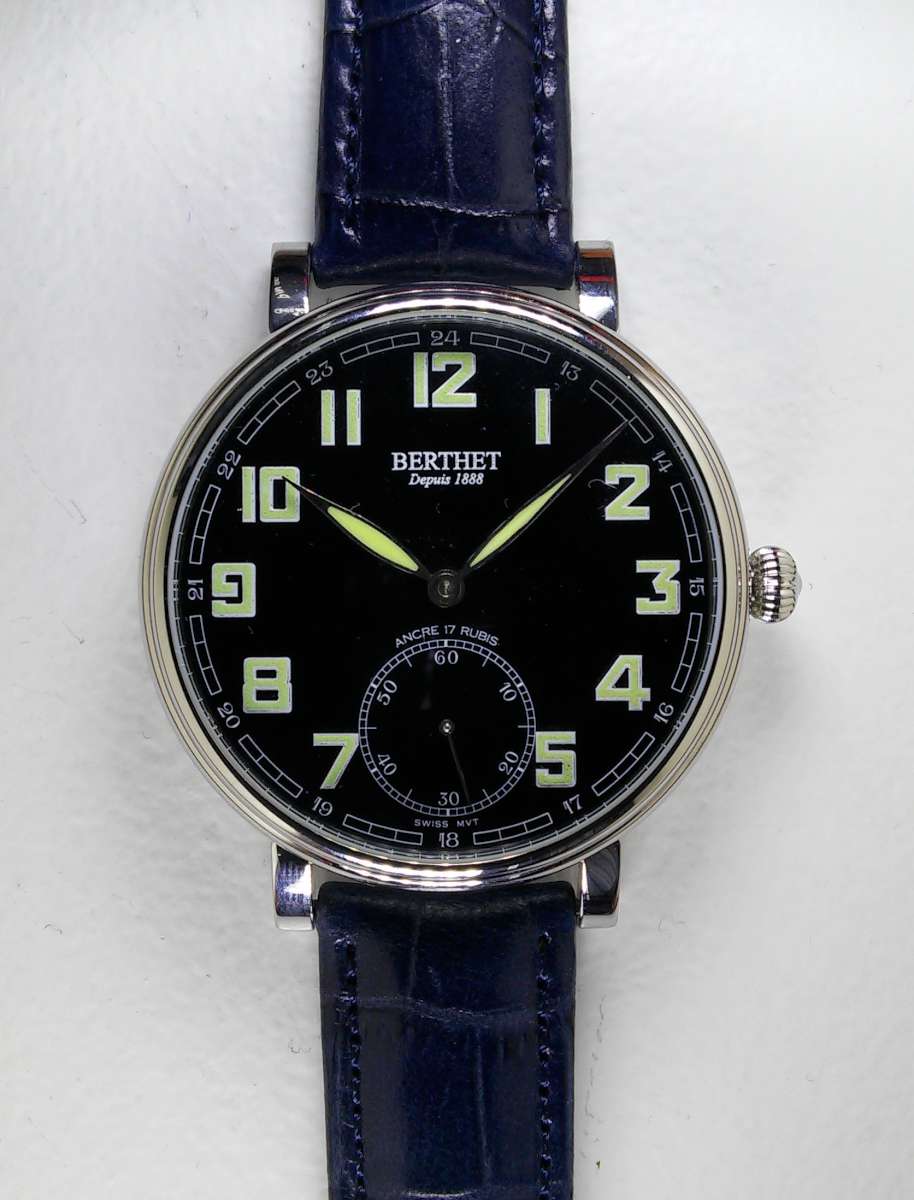 There are some traditional brands that have been making these pieces throughout their history. The watch featured here is by Berthet, one of the few watch brands still operating in France. It has a 43 mm case in stainless steel, beautifully finished, with fluting on the caseband. The movement, visible through the sapphire caseback, is built by the company on the basis of the classic Unitas hand-wound movement 6498-1, nicely finished with Cotes de Genève, blued screws, and chatons for the bearing rubies. The movement provides 46 hours power reserve, and the balance runs at 18,000 vph (2.5 Hertz). The dial is marked with the lettering “Swiss mvt” through a partnership with Swiss company Carol Anguenot Horlogerie. 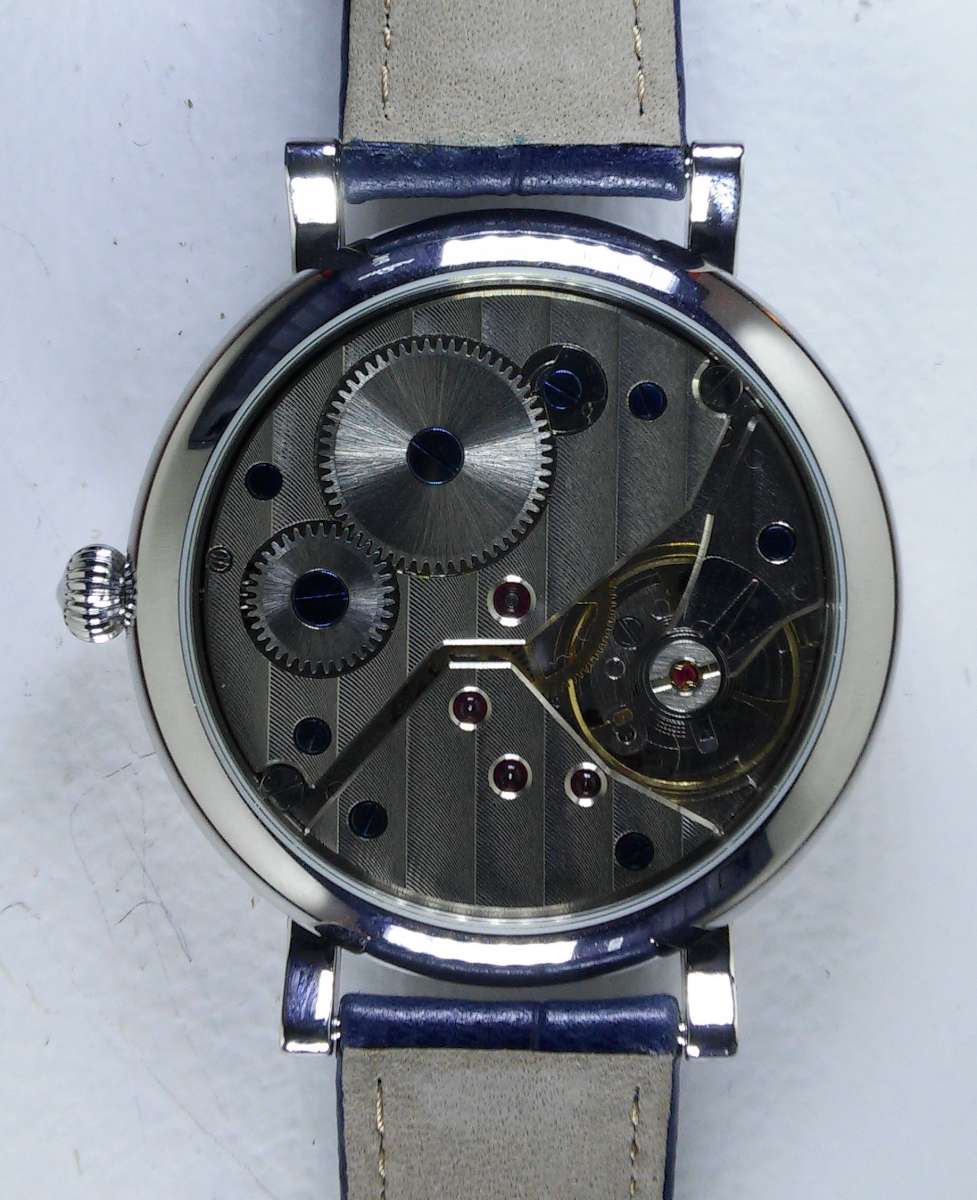 It’s a watch whose quality and authenticity are obvious from the very first glance. At a price of €495 before tax, this watch is a very attractive proposition. Further information from www.berthet.com

Horlogerie Berthet was founded by Joseph Berthet, the son of a teacher, who went to Switzerland to study watchmaking, bought some tools and machines, and returned to Charmauvillers in France, not far from the Swiss border, where he set up shop in 1877, in a farmhouse. He was joined by his brother and later his sons and grandson. A new factory was built in 1952, and extended in 1977. There are now two production units, with watches and movements made in Villers Le Lac, France. The company makes mechanical wristwatches, pocket watches, and complications. 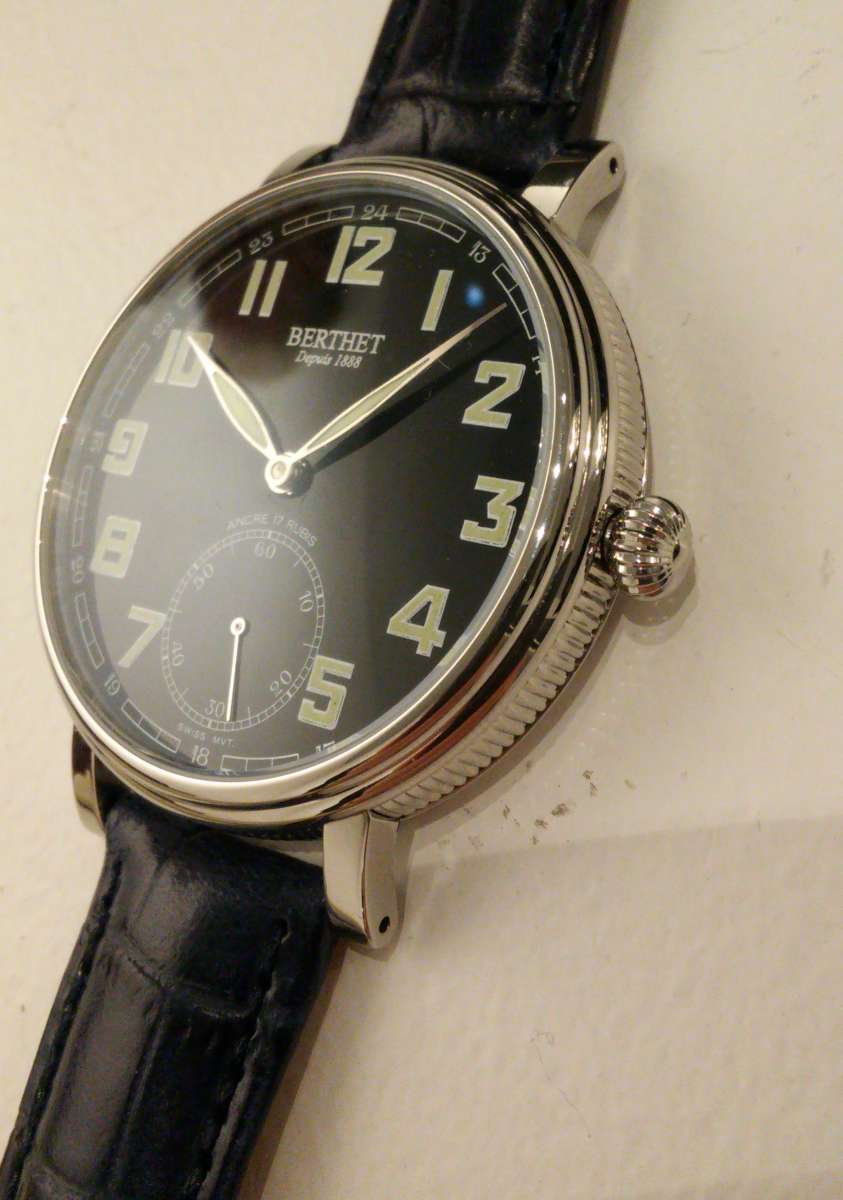