Dial that exactly replicates the original Model B observation watch

Hands in blued steel, with curved tips for easier reading 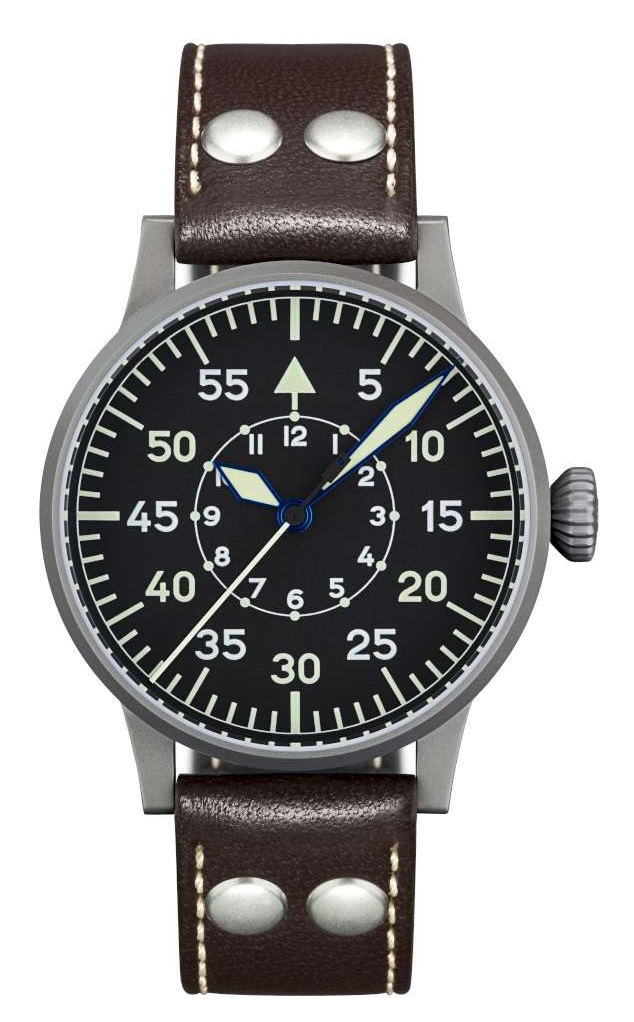 Laco was one of the few companies that made so-called Beobachtungsuhren (B-Uhr, observation watches) for the Luftwaffe during the Second World War, to specifications that included a size of 55 mm, an indirectly-driven centre seconds hand with stop-seconds function, black dial, radium-coated numerals and hands, precision in timekeeping at temperatures down to 20°C below zero, grey brass or steel case, and a strap with loops riveted over the bar between the lugs, and extra long so it could be worn over a flying suit. Laco’s version helped establish the company with a reputation that continued after the war, and so in 2015, the company’s 90th anniversary, they introduced the Laco Aviator Observation Watch, a replica of one of their 1940s original. 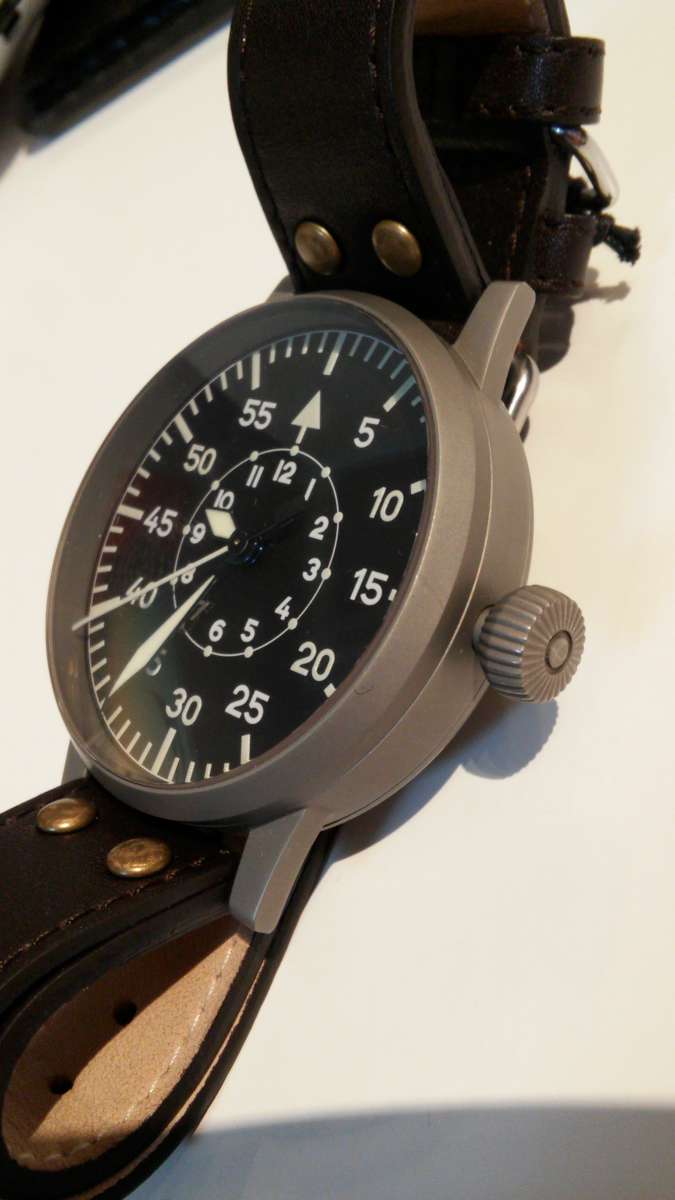 The watch has a 55mm case, 21mm thick, with the ordnance number FL23883 engraved on the side, just as in the original watch that is now part of the Laco museum’s collection. The caseback has laser engravings inside with details of the watch, just as in the original, and with the serial number outside. The piece has an inner case for antimagnetic protection, and a water resistance of 5 bar, 50 metres. The dial is an exact replica of the original Model B observation watch, with black background, dial markings coated with SuperLuminova C3, and hands in blue steel also coated with SuperLuminova.

The strap is very similar to the original, a closed loop that ensured that even if it came loose it would not fall off. It can be used to wear the watch on the sleeve of your jacket or coat as was the case for pilots back in the day. 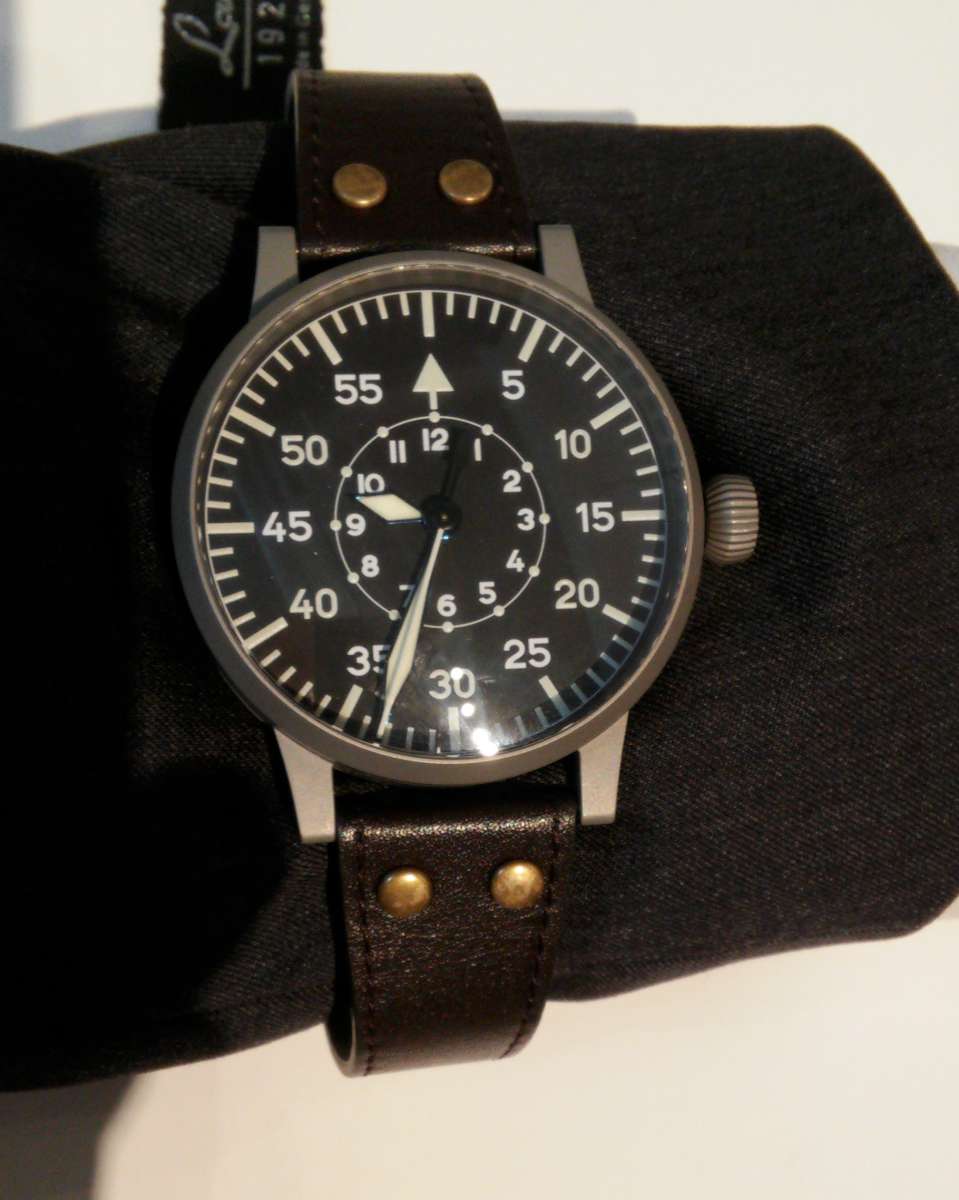 The movement is the handwound Laco 97, based on the ETA 6497.1. It provides the stop-seconds function, Incabloc shock protection, Glucydur screw balance, swan neck fine adjustment, and an engraved serial number. 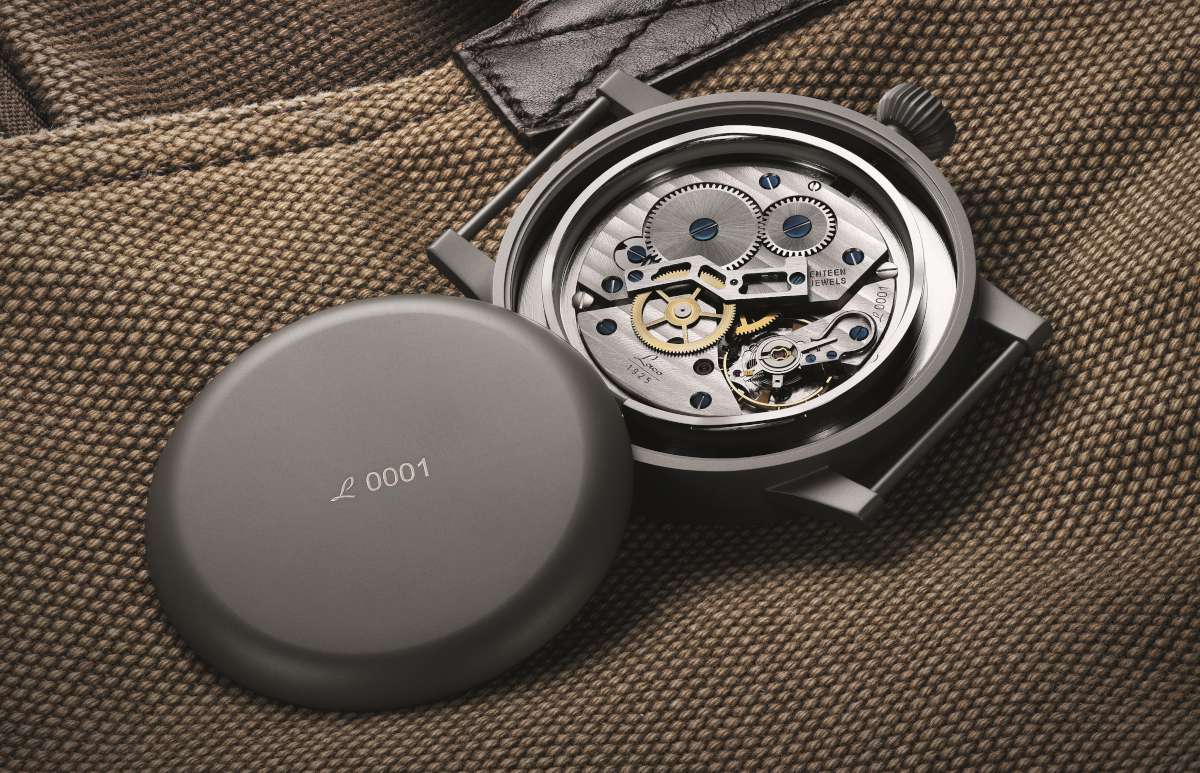 Laco have taken great care to ensure that even the box resembles the original packaging that Laco used in the 1940s. Each box has the watch’s serial number printed on the end.

The Laco Aviator Observation Watch is reference 861930, and it is available for €2,998 (inclusive of VAT) from their online shop https://shop.laco.de

Here is a photo of the original 1940s Laco observation watch. They have replaced the solid caseback with a sapphire glass caseback to reveal the movement. 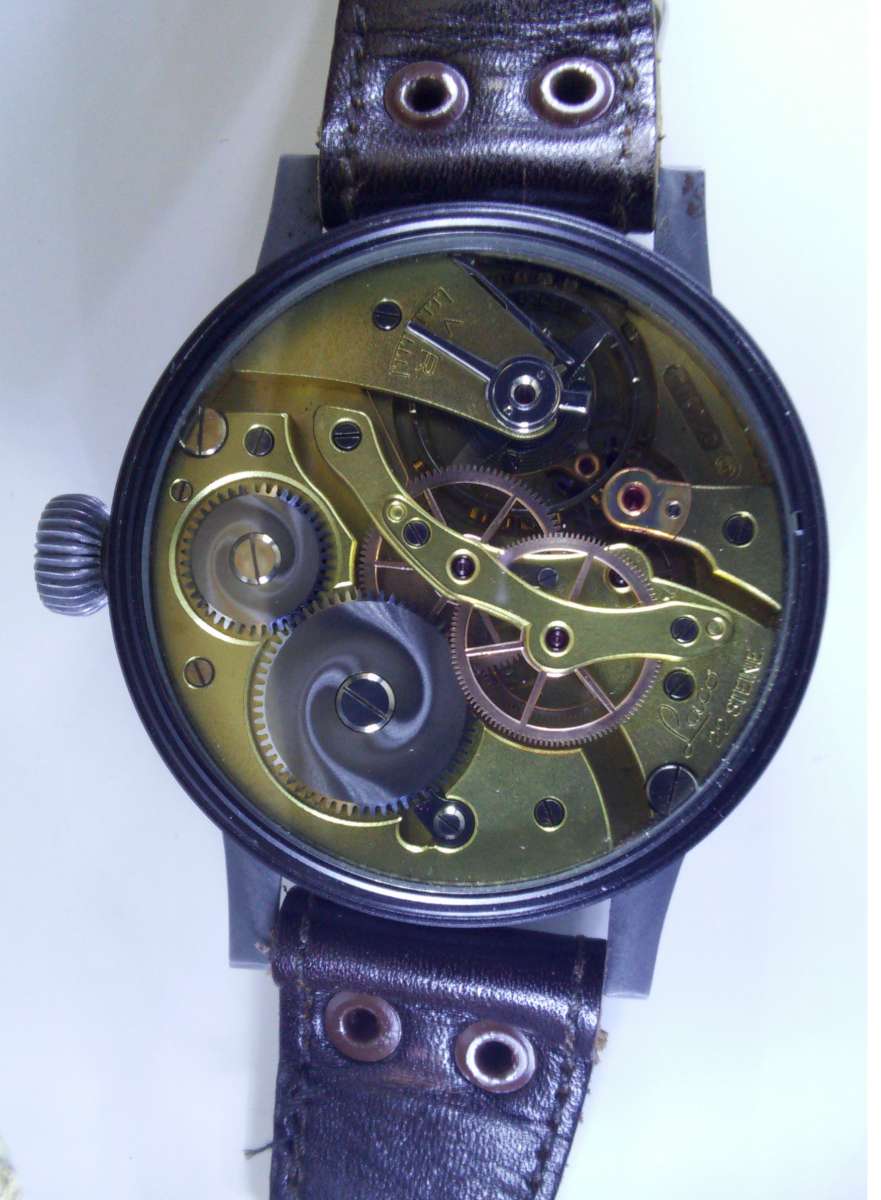 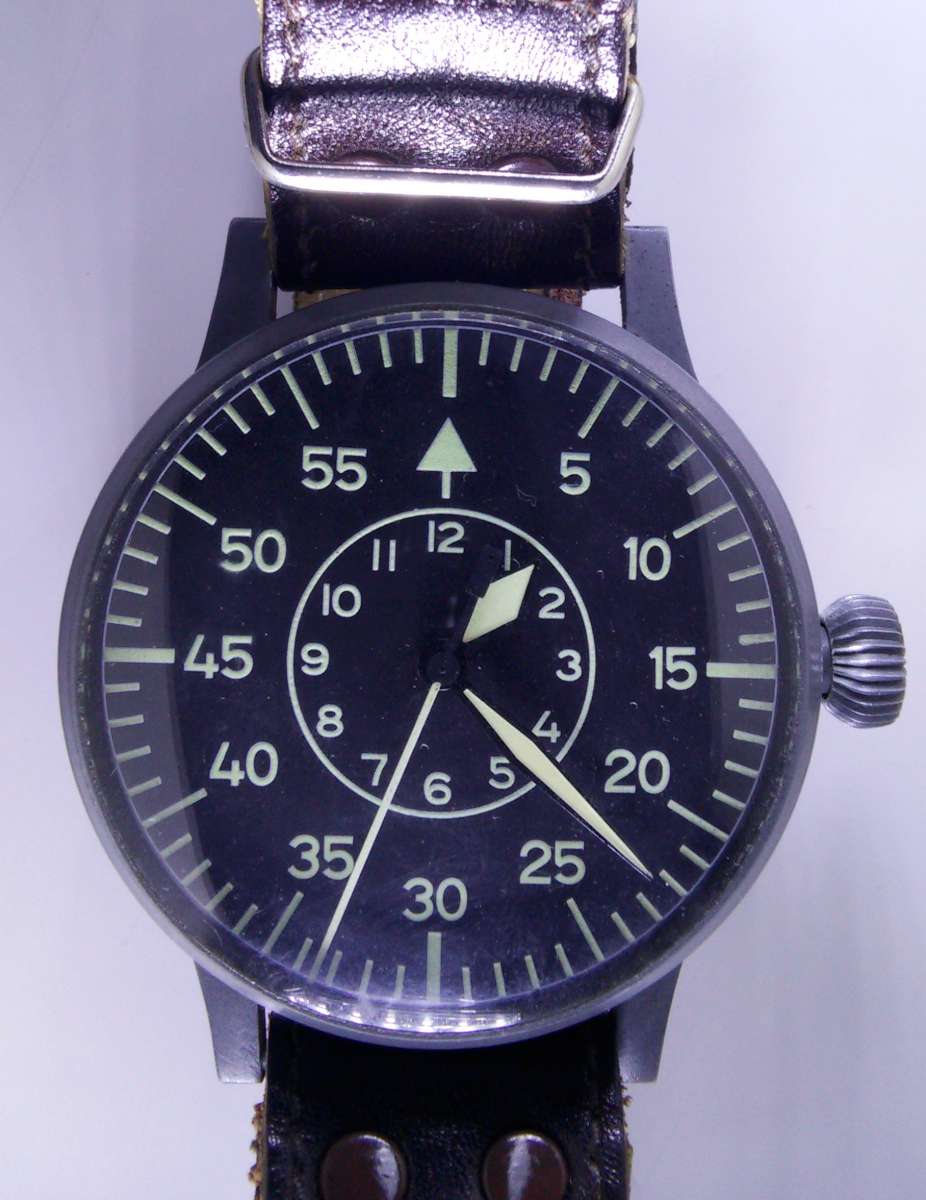