Pusher that adjusts the hour hand for rapid setting when changing time zone, Each push advances the hour hand by one hour, and at the same time rotates the city ring and 24-hour ring by one increment 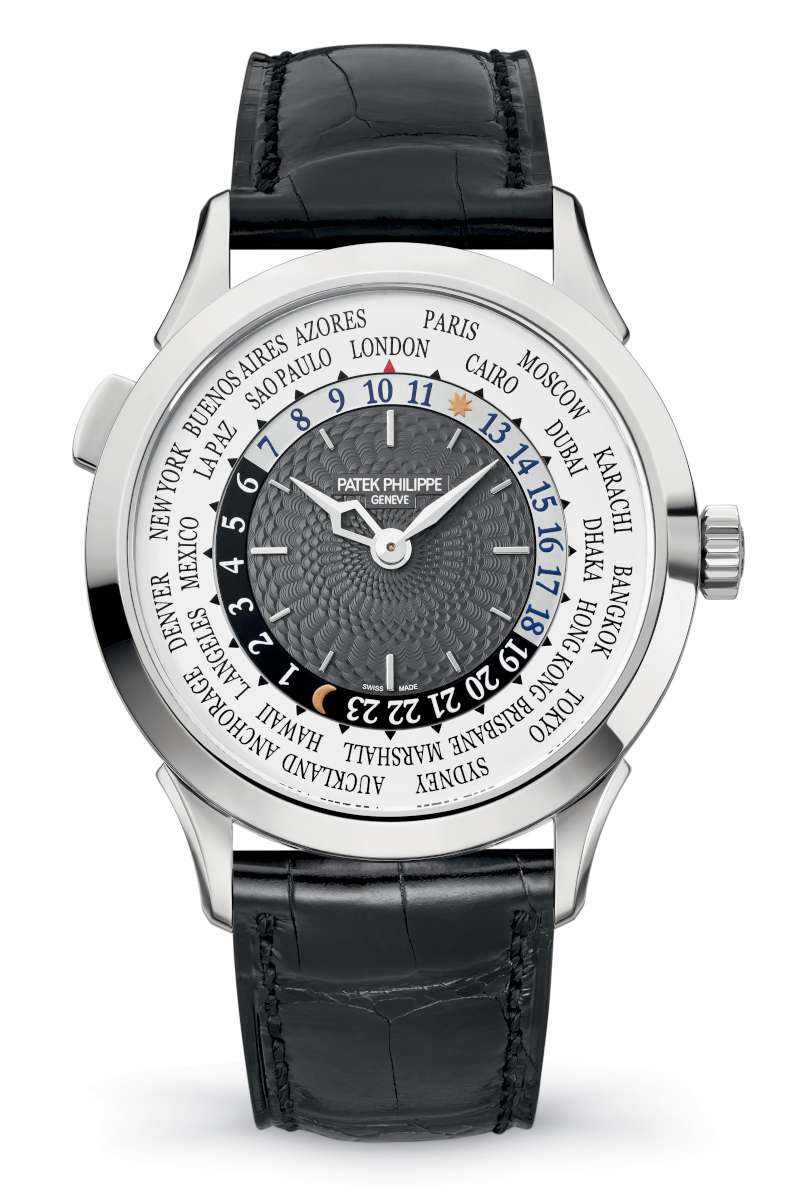 Patek Philippe’s World Time watch 5230 has been around for almost 80 years, and this year the brand is presenting a new version that replaces all previous models. It incorporates some changes in the cities used to designate the various time zones, such as Moscow that has moved from UTC+4 to UTC+3. At the same time, the watch was redesigned, with details such as the new-style lugs, the narrow bezel that increases the sense of space on the dial, new hour and minute hands, and the basket weave guilloché at the centre of the dial. This type of guilloché is based on a pocket watch in the Patek Philippe Museum in Geneva, and it is made by hand using a century-old guilloché machine. 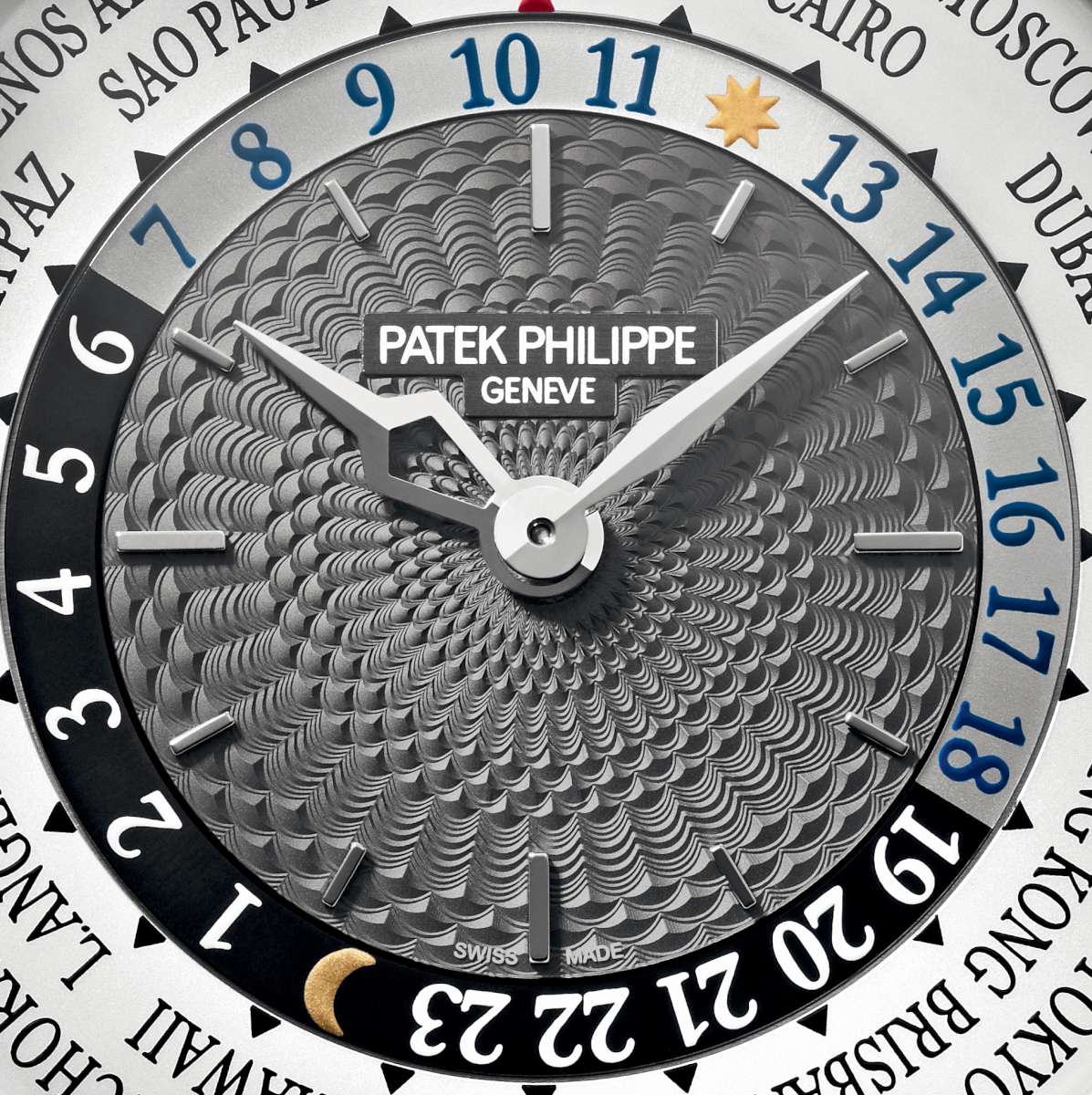 This world time watch shows local time with the hour and minute hands, with the local time zone set to correspond with the red arrow at the top of the dial. The time in any of the other 23 time zones can be read off against the 24-hour ring. The pusher at 10 o’clock is used to adjust the watch when you travel to a new time zone. Each push advances the hour hand by one hour, and at the same time moves the city disc counter-clockwise by one increment, and likewise the 24-hour ring by one hour counter-clockwise. During this procedure, the time-zone mechanism is uncoupled from the gear train, so that balance and the minute hand continue to operate unaffected, keeping precise time. 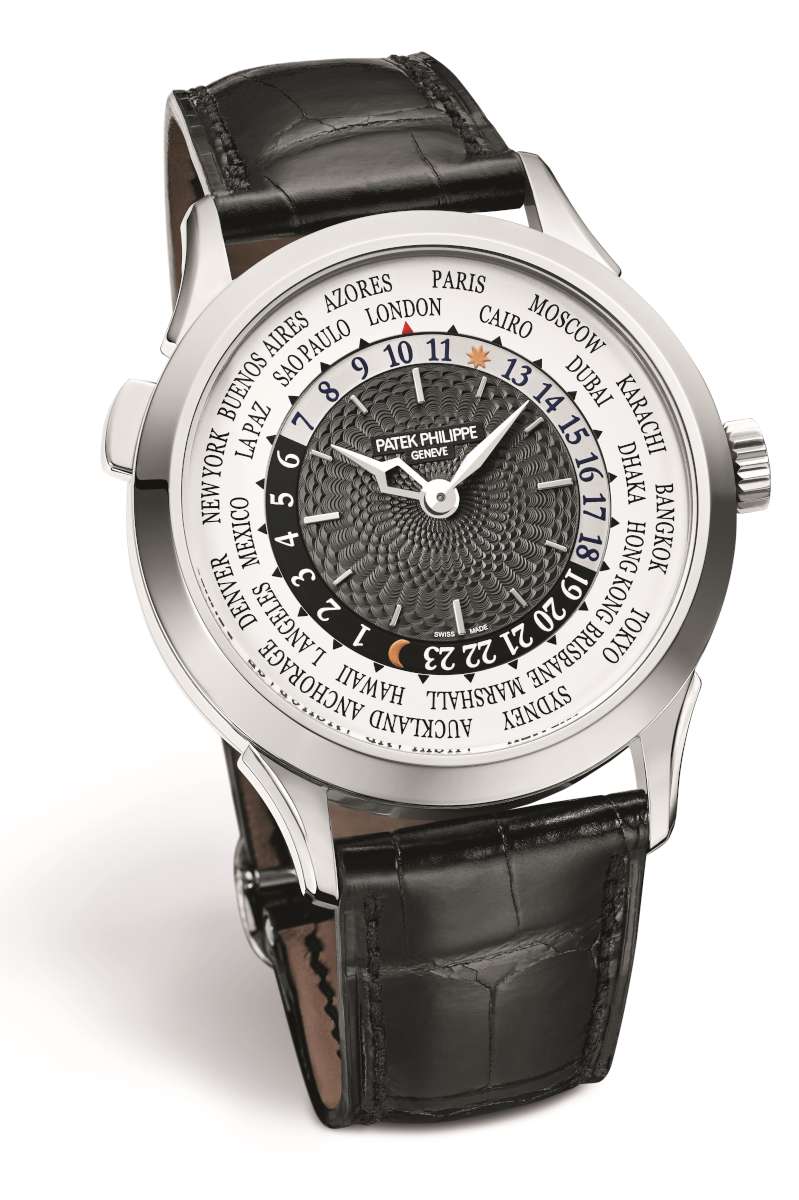 The world time function as used in this watch was invented in the 1930s by Geneva watchmaker Louis Cottier, and later patented by Patek Philippe. The 240 HU calibre (HU = heure universelle) has been refined over the years, with a micro-rotor that fits into the level of the movement bridges and enables the total thickness of the movement to be reduced to just 3.88 mm. The movement incorporates a lot of recent developments, such as the material Silinvar, developed by CSEM in Neuchatel as part of an exclusive collaboration with Patek Philippe, Rolex and Swatch Group. Silinvar is based on silica, and its properties comprise hardness, anti-magnetism and lightness. Most importantly, components in Silinvar can be manufactured using Deep Reactive Ion Etching, DRIE, which ensures that components are always absolutely identical. The Spiromax hairspring is made in Silinvar, using DRIE, so that the hairspring’s oscillation rate is designed from the start and doesn’t require the long process of individual adjustment. The Spiromax hairspring has excellent isochronicity, maintaining the same frequency of oscillation at all levels of power provided by the mainspring. As a result, the new 240 HU reaches a precision of -3/+2 seconds per day, better than COSC chronometer certification. The movement has all the superb finish that is customary for Patek Philippe, such as Côtes de Genève on bridges and micro-rotor, perlage on the plate, countersunk brass wheels with chamfered spokes, and gold-filled engravings on the bridges. 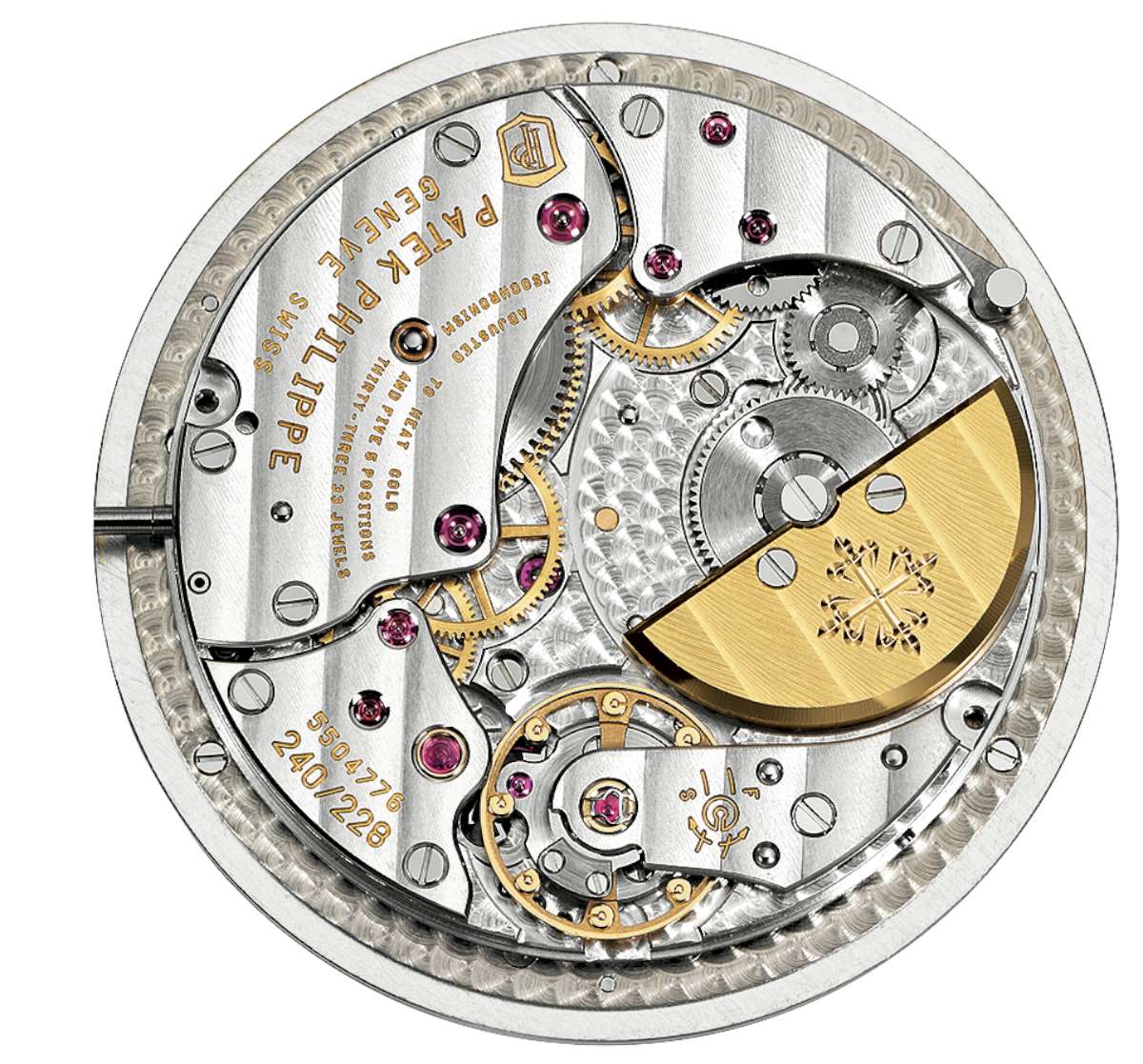 Two versions of the watch are available, in white gold or rose gold. The alligator strap has the beautiful fold-over clasp with the Calatrava cross. 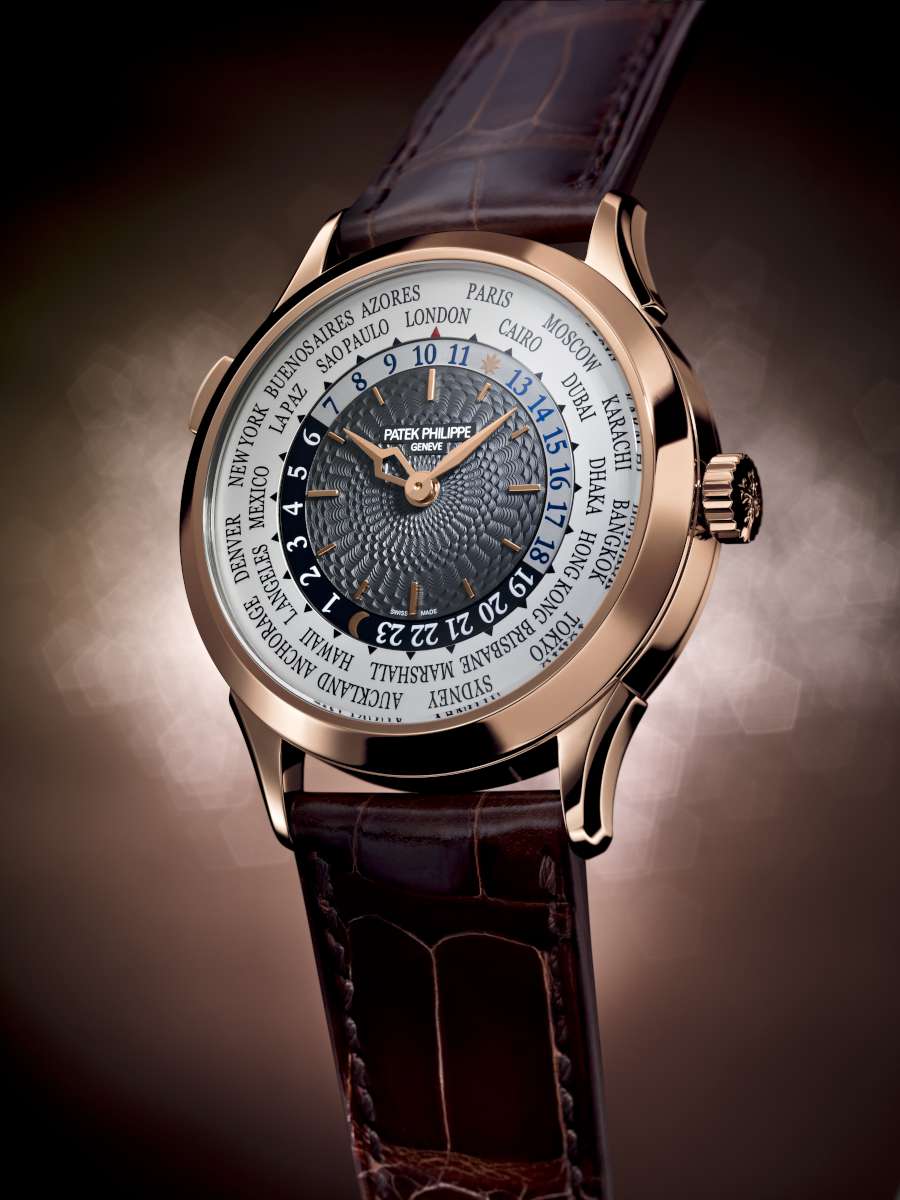