Crown for setting time and winding. All other adjustments are performed using recessed pushers on the caseband 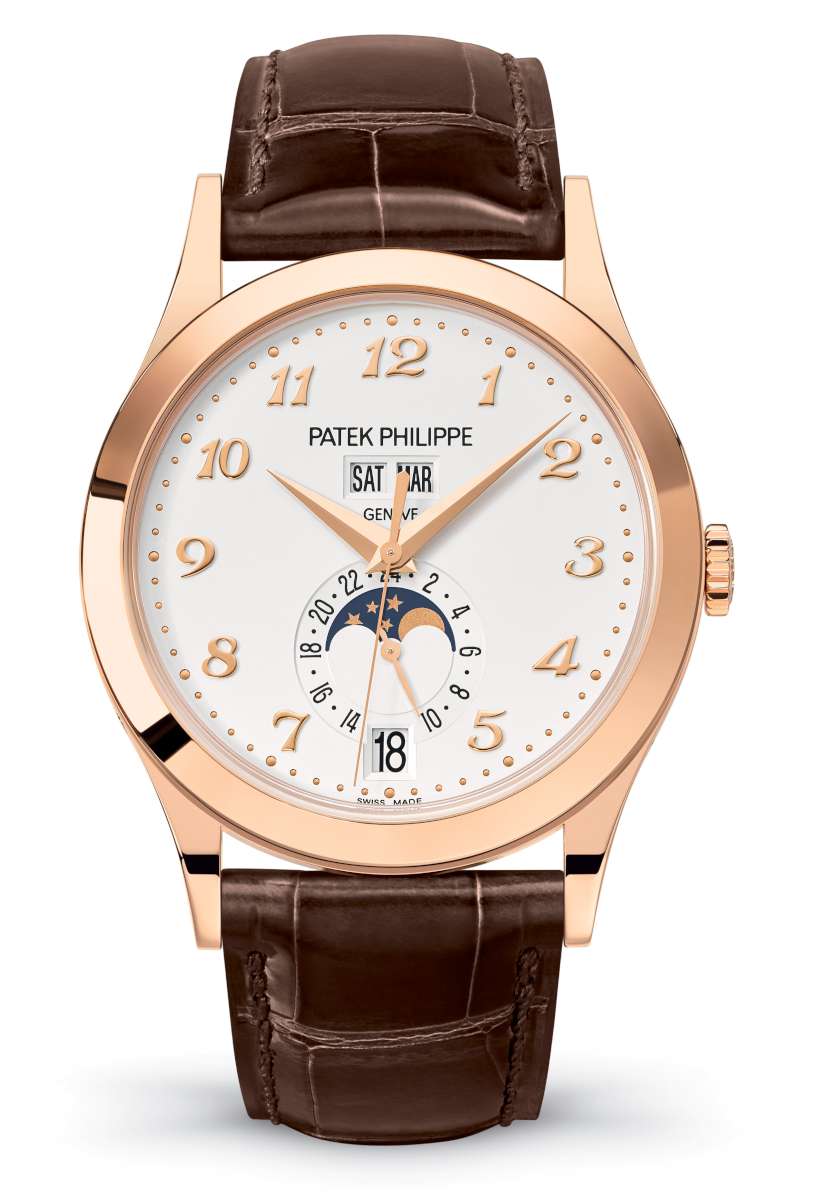 In their communications for the Patek Philippe Annual Calendar reference 5396, the company say that it was Philippe Stern, owner and president of Patek Philippe, who in 1992 asked his engineers to develop a watch bridging the gap between the so-called “complete calendar” (also known as “full calendar” or “quantième complet”) which indicates day of week, date and month but needs adjustment at the end of every month with less than 31 days, and the perpetual calendar that deals not only with the differing lengths of months, but the leap year cycle as well. The result of Philippe Stern’s request was the Patek Philippe Annual Calendar reference 5035, presented at the Basel show in 1996, which takes the differing lengths of months into account, and needs adjustment only at the transition between February and March. Patek Philippe patented their Annual Calendar but since then it has been adopted by other watch brands. It feels something of a surprise that such a useful complication has been around for just 20 years.

The reference 5035 strangely omitted a feature that had always been present in Patek Philippe’s perpetual calendar watches: the moon phase, replaced by a 24-hour subdial. Another unusual feature of the 5035 was that its movement, the 315 S-QA, had 316 components, more than the perpetual calendar that had 275. This was in part due to a construction based more on wheels than levers. The use of wheels makes adjustment easier and improves long-term reliability. 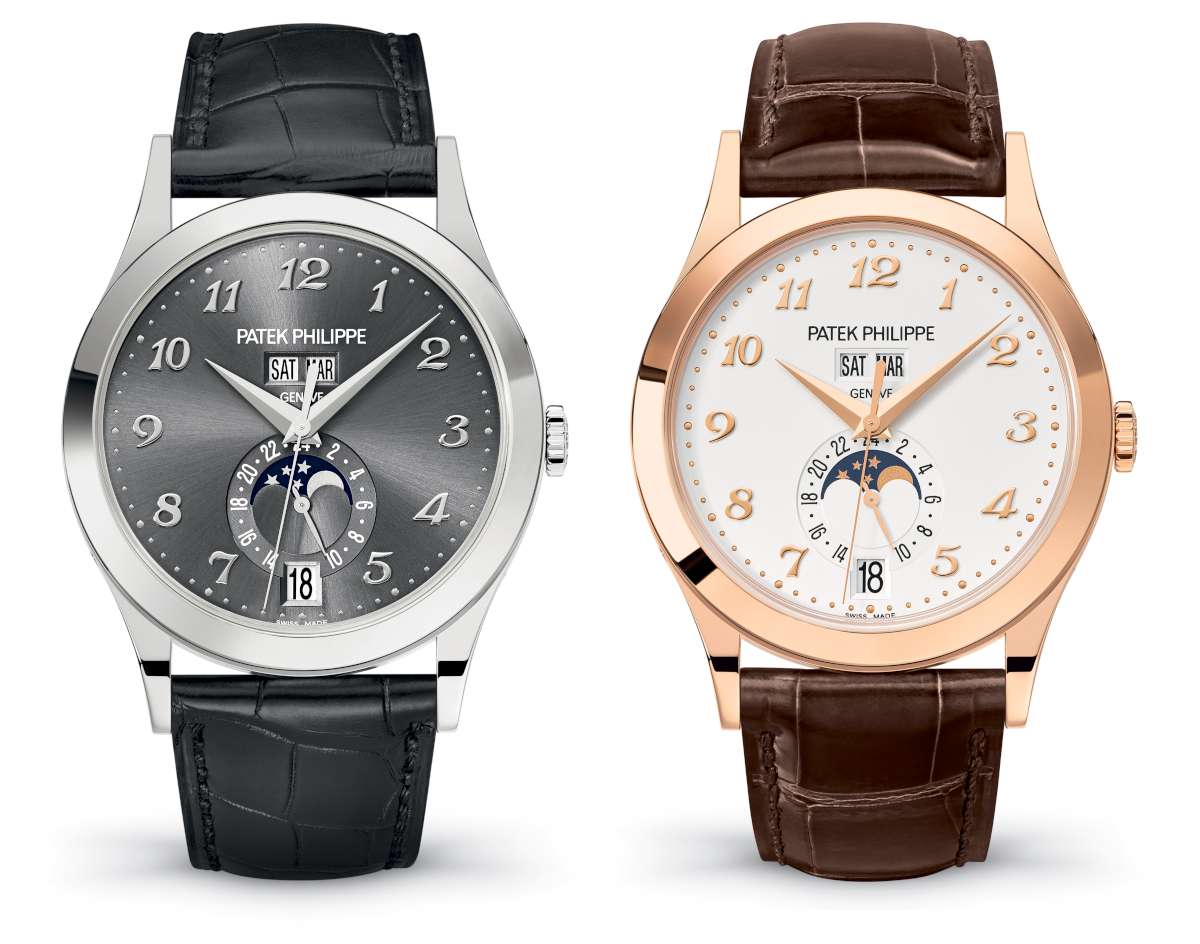 This year, the Patek Philippe Annual Calendar Ref. 5396 celebrates the 20th anniversary with two models, in white gold with dark grey sunburst dial, and in rose gold with silvery white opaline dial. They look very new because Patek have put together a number of design elements in a new combination, with the Calatrava dial with its smooth polished bezel, the applied Breguet numerals in gold, the Dauphine hour and minute hands, and the slender seconds hand. The subdial at 6 o’clock combines the moon phase display and the 24-hour dial which also functions as a day/night indicator. The alligator strap has the Calatrava fold-over clasp.

The sapphire caseback reveals the fine finish of the 324 S QA LU 24H movement, which incorporates the latest Patek Philippe technology with a Gyromax balance, and Spiromax balance spring in silicon-based material Silinvar. This enables a precision to within -3/+2 seconds per day, better than COSC chronometer certification. The movement is modular in construction, with a base movement for time functions contributing a thickness of 3,3 mm, and a calendar module that adds 2.48 mm. Power reserve is 35-45 hours. The moon phase is accurate to one day in 122 years. 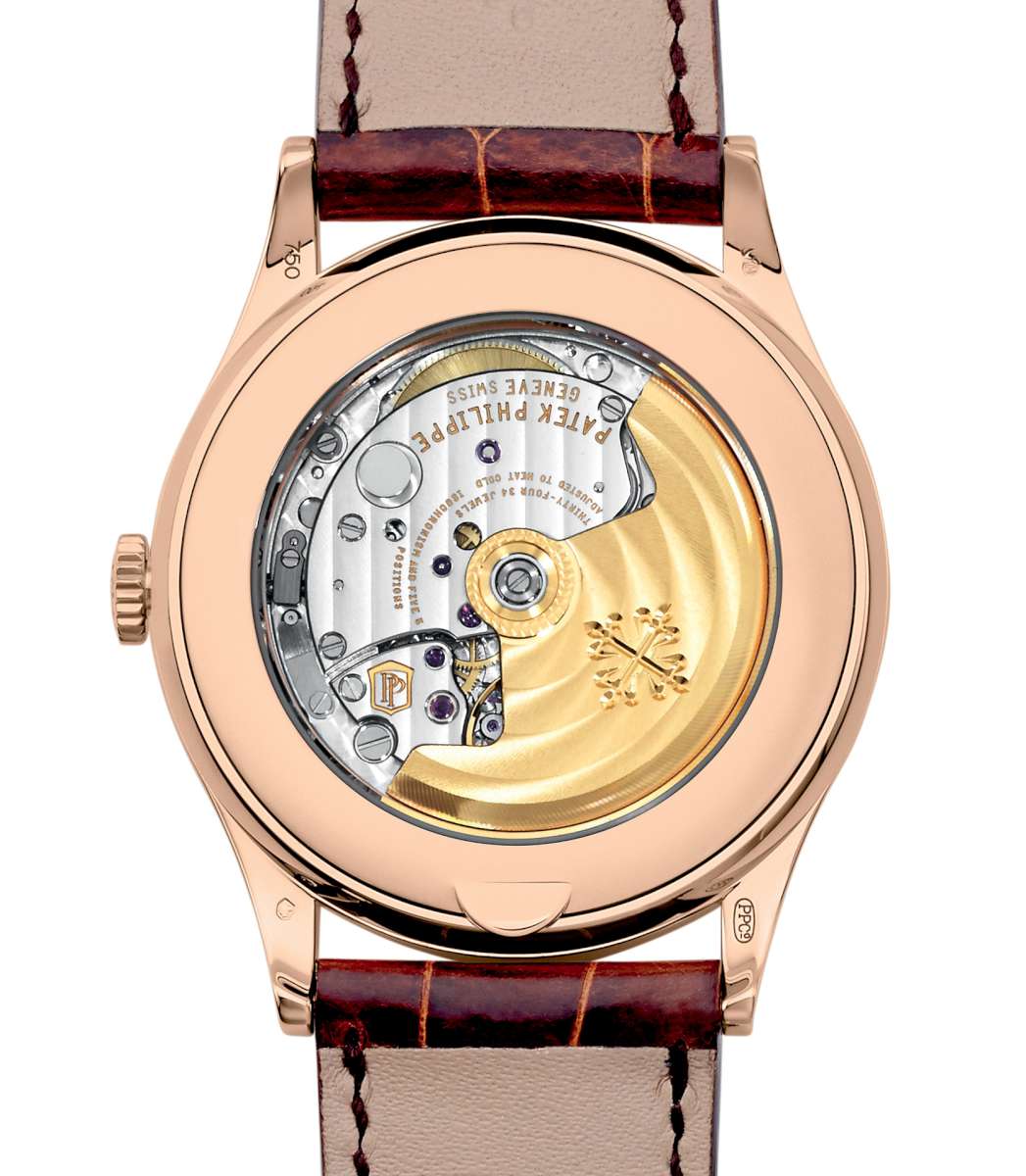 The Patek Philippe Annual Calendar is available in two references, 5396G in white gold, and 5396R in rose gold. Both watches cost €44,244, inclusive of VAT. 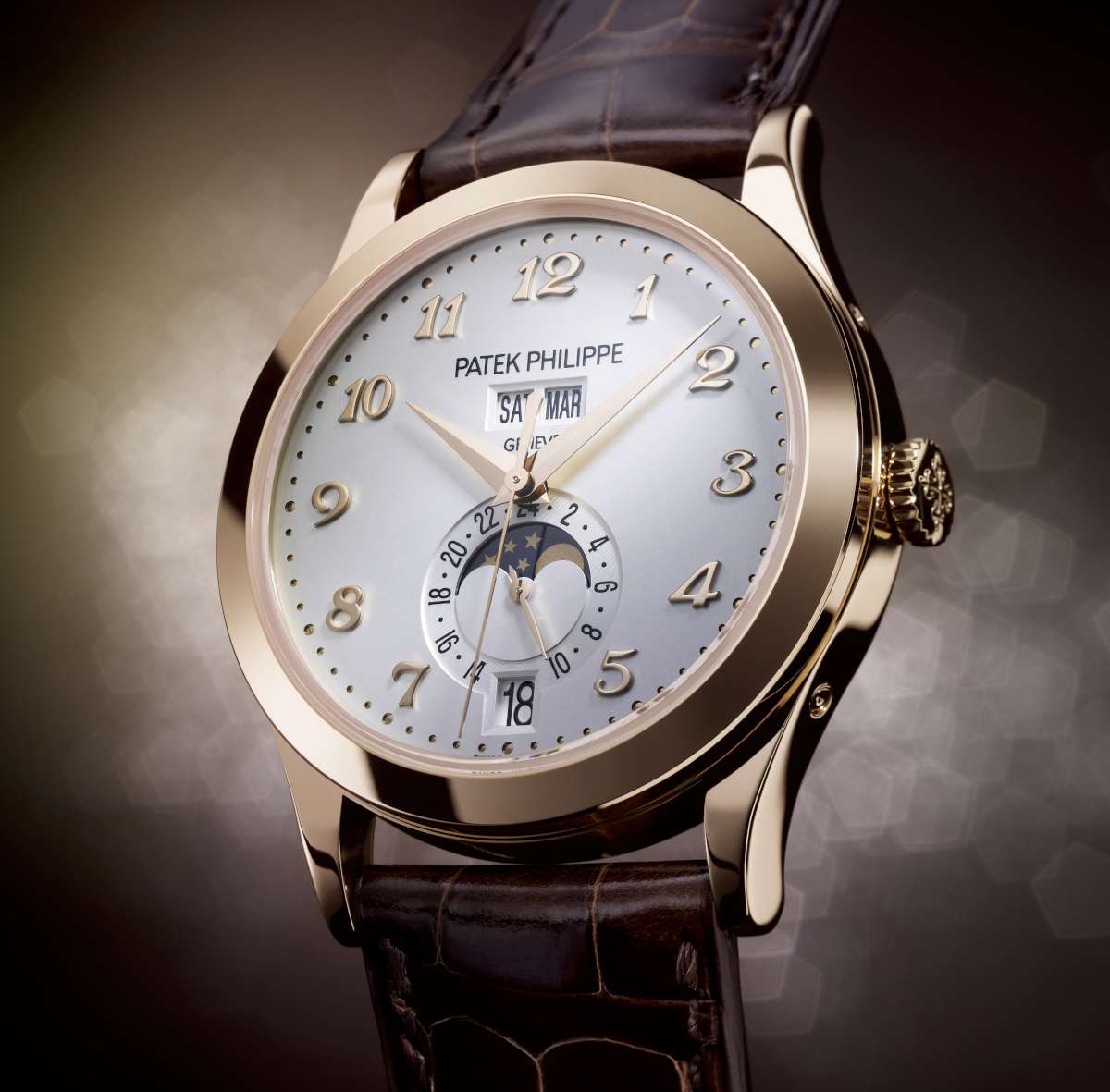