Bremont is a British brand with a clear ambition: to revive British watchmaking. Their dials are not marked “Swiss made” but “London”, and they are endeavouring to gradually increase the proportion of the watchmaking processes performed in the UK. At the moment, cases, straps and leather packaging are made in England, watches are assembled on their premises, while movements are still predominantly Swiss-made and Swiss-chronometer-certified. Their watches are built for precision, durability and reliability, and one of their slogans is “tested beyond endurance”.

It’s a young company and it has made remarkable process. It was founded in 2002, following one of the most tragic and romantic stories in the realm of watchmaking companies. Euan English, father of co-founders Nick and Giles English, was an ex-RAF pilot. He had a passion for engineering, and spent a lot of time restoring vintage cars, aircraft and clocks. In 1995, Euan and his son Nick were practicing in a 1942 Harvard aircraft (the plane that was used as a trainer for prospective Spitfire pilots) for a flying display. They were formation flying with another Harvard, and at the top of the loop, the engine of Giles’ and Euan’s aircraft cut out and the Harvard went into an inverted spin and started to fall from the sky. Somehow they managed to regain control and return to level flight, but by that time they were below the tree line and flying towards a house. To avoid it, they turned, found themselves heading for some tall trees, pulled up and stalled. In the ensuing crash, Euan (who was sitting in the rear instructor’s seat) was killed and Nick was seriously injured. The accident changed their brothers’ outlook on life and they decided to start a watchmaking company.

The brand name has the same taste of legend. A few years before they founded their company, Nick and Giles were flying across France in a 1930s biplane, when engine trouble obliged them to make a forced landing in a countryside field. The owner of the field, a farmer Antoine who had flown during the War, helped them, sheltering the aircraft in the barn and hosting them in his house. As a token of their gratitude, Nick and Giles later named their company after him: his surname was Bremont.

In a strange twist of fate, Giles was also involved in a flying accident in Northhamptonshire in 2013, when he and a young passenger were injured following a crash-landing in a 1930s Gipsy Moth.

Bremont’s headquarters is in Henley-on-Thames, South Oxfordshire, in an oak-framed building specially designed for watch manufacture.

In 2014, Bremont opened a new facility in Silverstone to produce case and movement components. This location has motor-racing connections and Bremont is able to utilize local CNC and machining skills. The Bremont BWC/01 movement is an example of Bremont’s resolve to transfer movement-making capability to the UK: in this piece, some of the movement parts are manufactured in Bremont’s UK workshops. 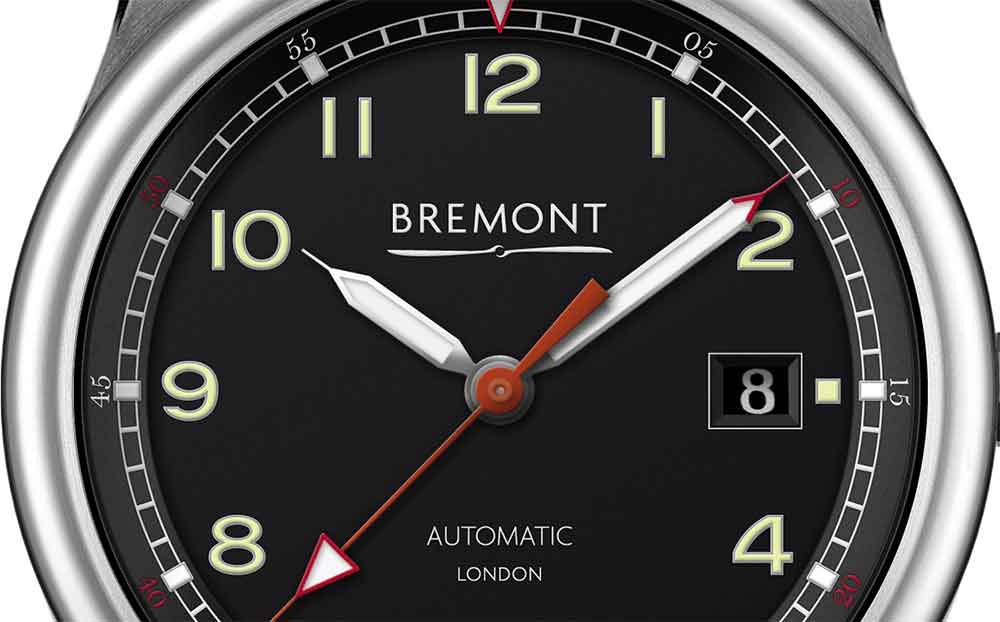