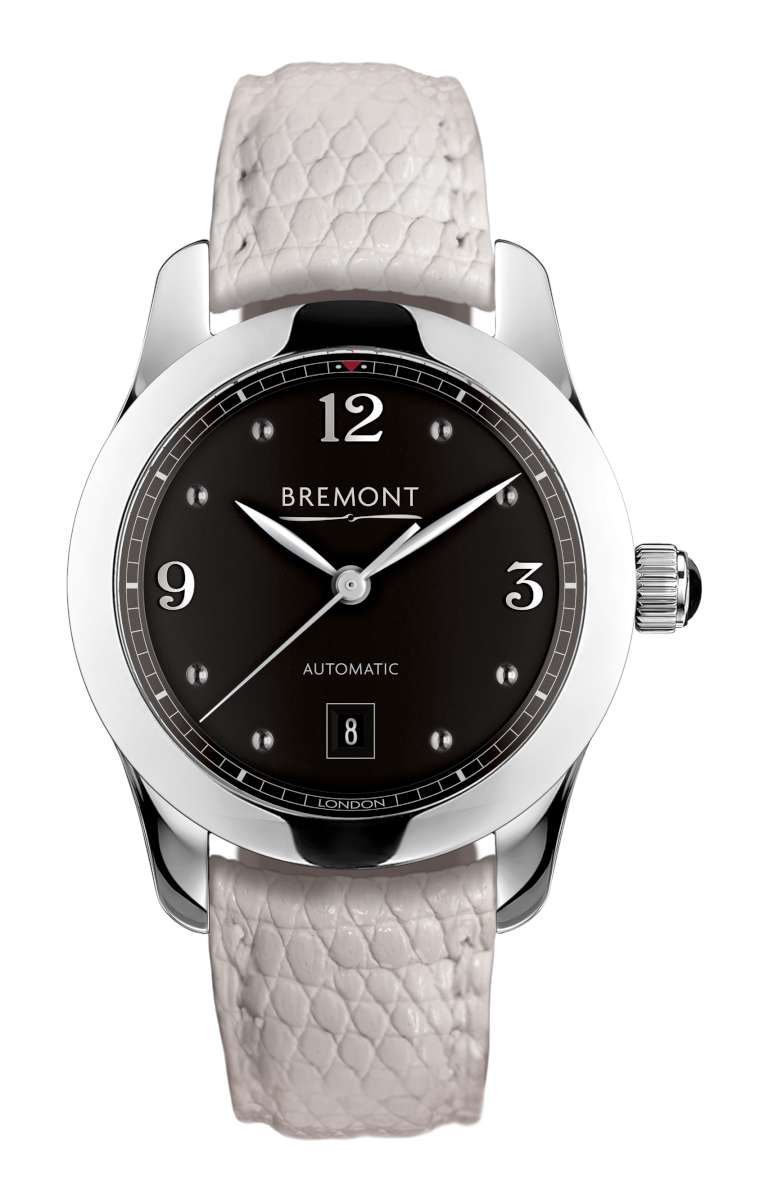 These watches were born from popular request. Bremont received feedback that women liked their classic pilots watches and so they have now introduced three 32mm models specifically for the female audience. As is customary for the British brand, no compromise: mechanical movements, COSC chronometer certification that guarantees precision, hardened steel case with excellent toughness and scratch resistance. 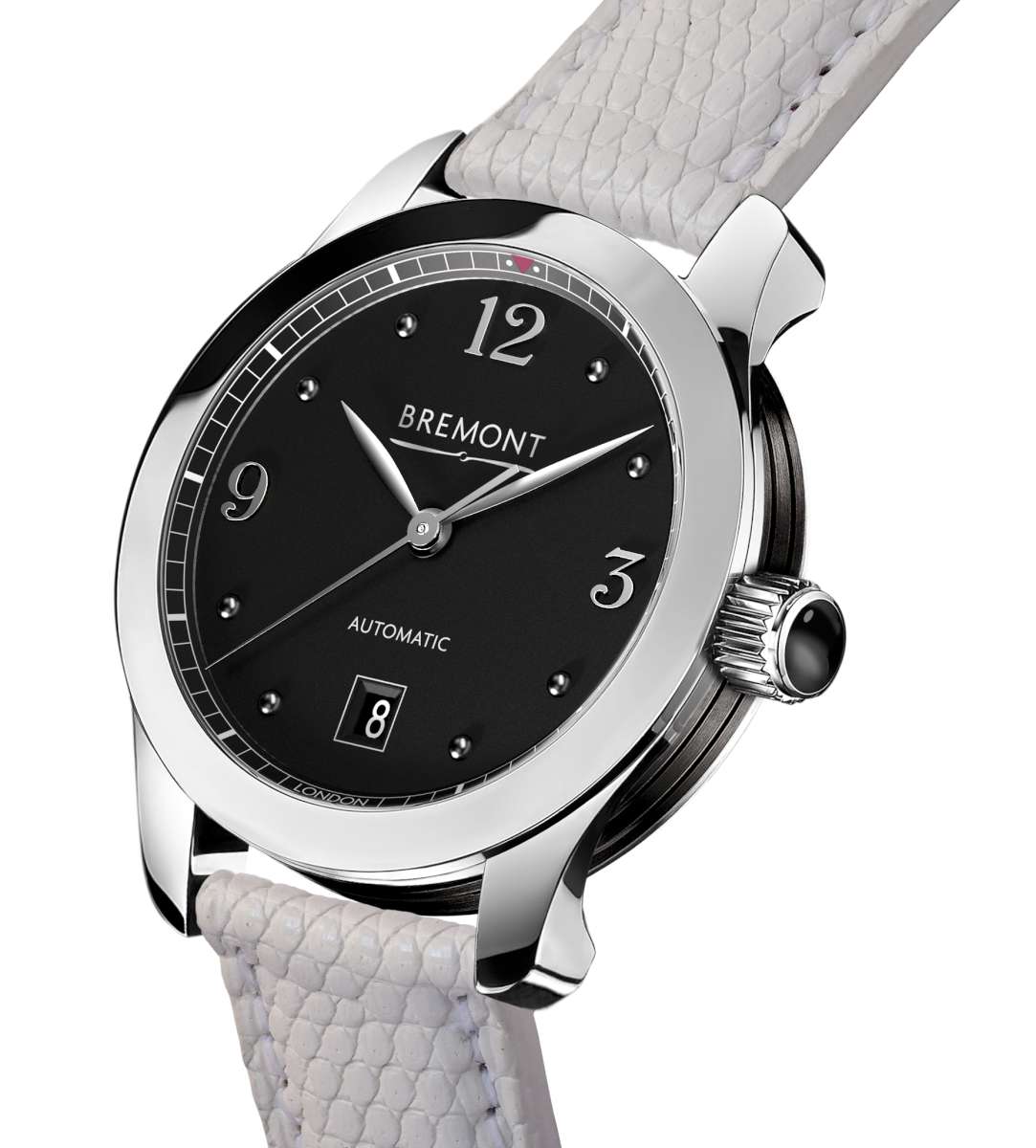 Pilot’s watches for women is an area receiving increasing attention. This year IWC also introduced their Pilot’s Watch Automatic 36 reference IW3240, at 36 mm a little larger than this piece.

The watches are 32 mm in diameter and 9.65 mm thick. They all have the Bremont Trip-Tick three-part case construction, with polished bezel and gracefully curving lugs that seem to embrace the case middle with its fluted caseband. The caseback is also in polished steel, engraved with the Bremont logo. Water resistance is 10 bar/100 metres. 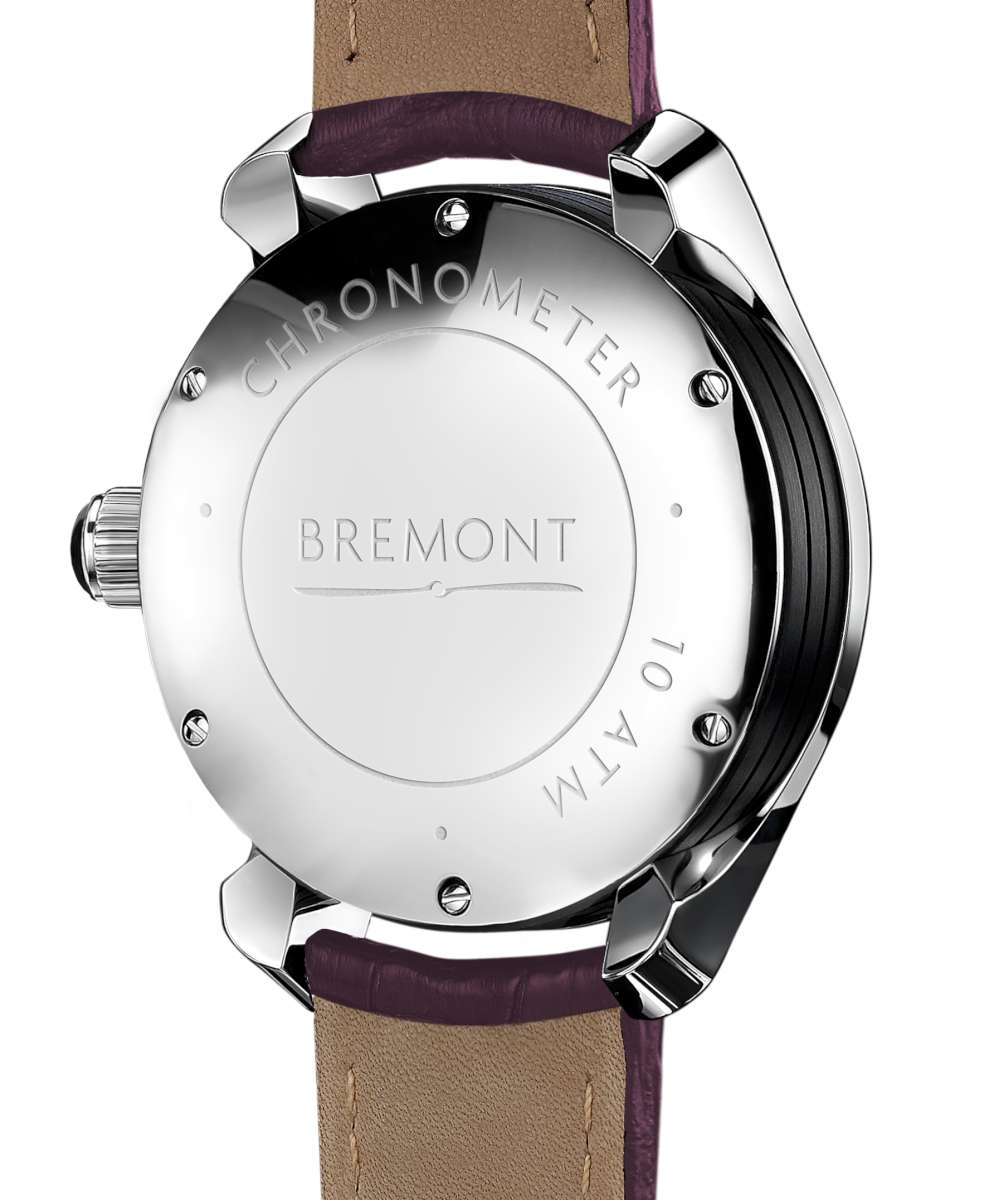 Inside, the self-winding Bremont BE-10AE is Swiss-made, running at 28,800 vibrations per hour and providing 40 hours power reserve. It is chronometer-rated by COSC, therefore -4/+6 seconds per day maximum deviation.

There are three dial designs. Solo-32 AJ has a more modern aesthetic, with white or black dial, blued steel hands and nickel indices. It is named after Amy Johnson, who flew her DH-60 Gypsy Moth from England to Australia in 1930. 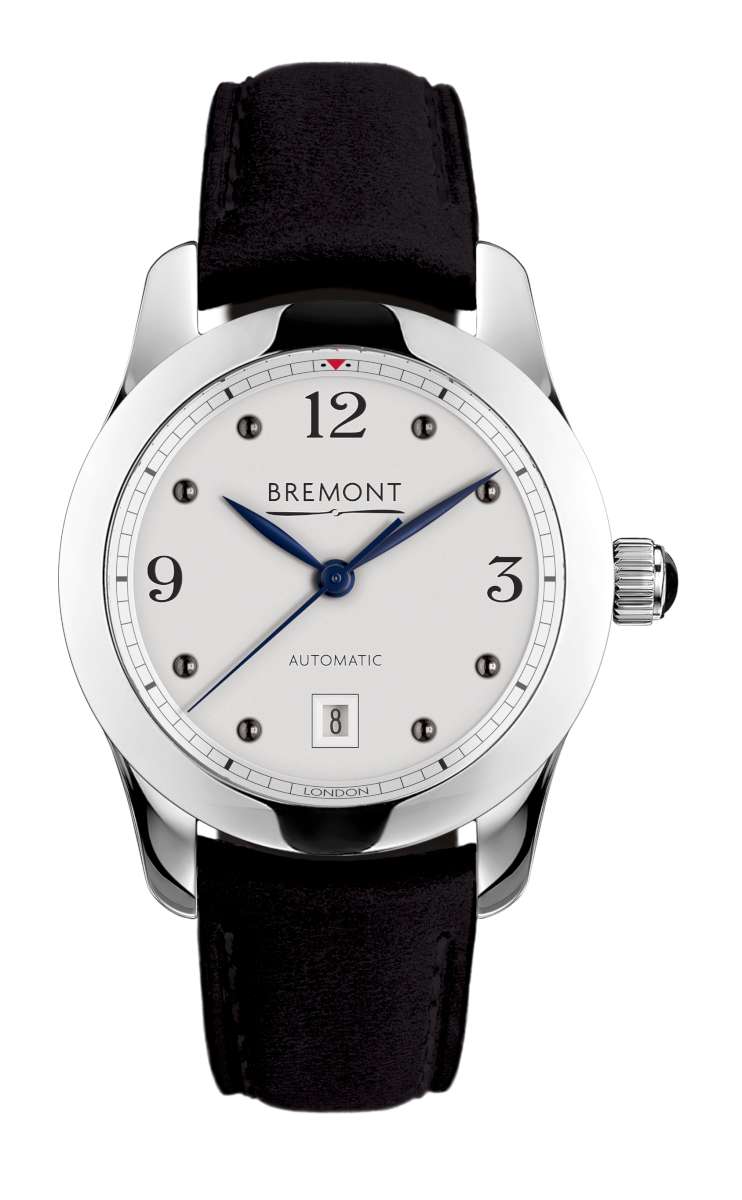 Solo-32 LC has a more classical look, with painted Roman numerals and hour markers. It is named after Lettice Curtis, who flew many different aircraft for the Air Transport Auxiliary and was the first woman to qualify to fly a four-engine bomber. 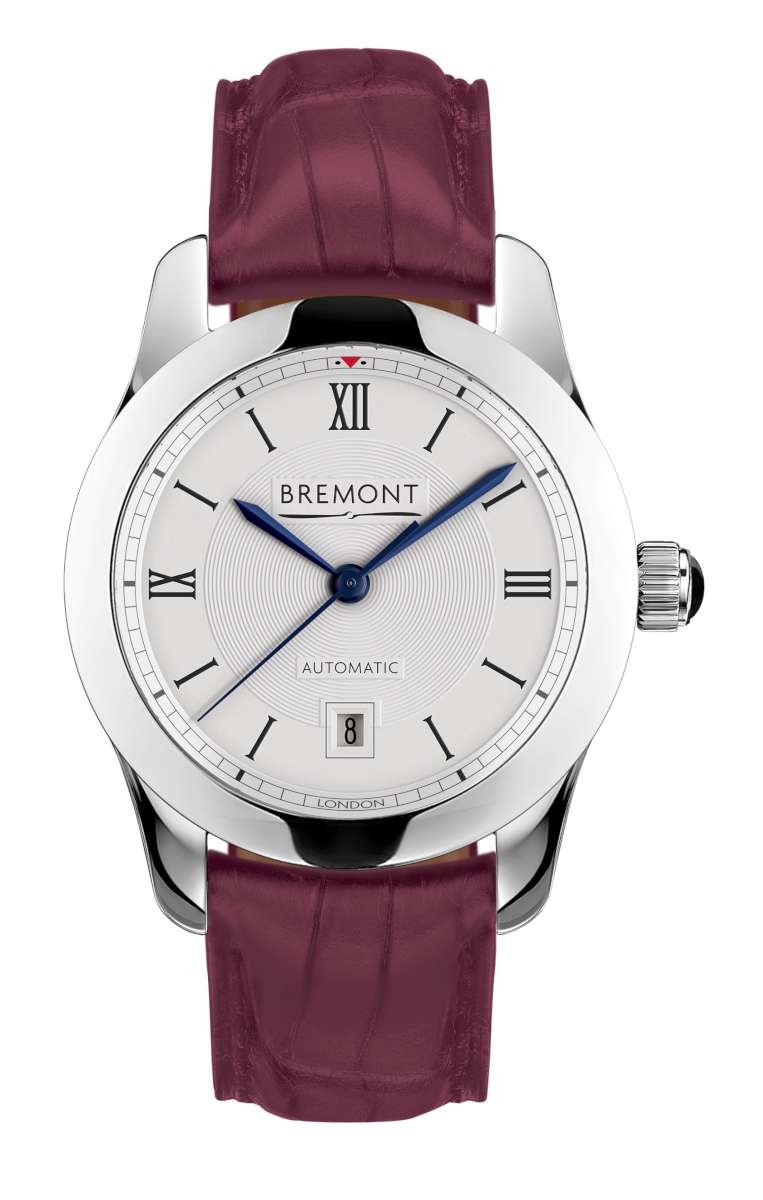