Junghans was founded in 1861 in Schramberg, Germany, in the Black Forest region, by Erhard Junghans and his brother-in-law Jakob Zeller-Tobler. Initially they were manufacturing components for Black Forest clocks, such as cases, hands, hinges, pendulums and so forth. They began making their own clocks in 1866, using principally movements made in the United States. Erhard died in 1870, and his wife and later their two sons Erhard junior and Arthur took over the company. By 1903, Junghans was making over three million clocks and watches per year, with 3,000 employees, and it had brand offices in Venice and Paris. It was the largest watch factory in the world.

To improve conditions for the watchmakers, Arthur Junghans planned a new terraced building running up the valley slope. It was designed to ensure optimal daylight for each workstation. The new building was completed in 1918, a remarkable piece of industrial architecture.

Junghans began producing wristwatches in 1928, and in the 1930s, Junghans were designing and making its own wristwatch movements. After the war, its J88 chronograph calibre was used in the pilot’s watch that it made for the newly formed German aviation, Bundeswehr.

In 1956, the company was purchased by the Diehl Group. The year after, Junghans launched its first automatic chronometer calibre, the J83.

In the 1950s the company began considering a collaboration with artists for the design of its timepieces. They selected Max Bill who had studied at the Bauhaus in Dessau, and he designed a kitchen clock. From 1961 he also created the first wristwatches with unmistakable purist design.

During the 1960s, the Junghans engineers were working on quartz technology, and their first quartz wristwatches, the Astro-Quartz series, were presented in 1970. This was new and innovative technology and they were initially far more expensive – 800 marks – than their mechanical watches. Their electronics engineering continued with radio-controlled movements offering unprecedented accuracy, with the Junghans Mega 1, the first radio-controlled wristwatch in the world. This was later developed into solar-powered watches, such as the 1995 Mega Solar Ceramic with a non-scratch case. It received radio-transmitted time signals and automatically adjusted for any errors in timekeeping.

In 2000, company ownership passed to the Egana Goldpfeil holding, and its direction was coordinated by Heinz W. Pfeifer, who had already worked successfully at Glashütte Original and Union. He masterminded Junghans’ return to mechanical watches, and the company launched the Erhard Junghans range featuring the hand-wound J325 calibre. But Egana Goldpfeil ran into economic difficulties and jettisoned Junghans, which became independent once more and began searching for a new investor to save it from insolvency. Businessman Dr. Hans-Jochem Steim stepped in and in February 2009 became the new owner, with his son Hannes Steim. Hannes Steim was already running the company Carl Haas GmbH, making Nivarox hairsprings. Two years later, the company celebrated its 150th anniversary, and opened its company museum.

Today the company manufactures both mechanical timepieces and its radio-controlled and radio solar-powered watches.

Junghans J880.4 self-winding calibre, based an ETA 2824 or Sellita SW200 base calibre with a Dubois Depraz 2030 chronograph module 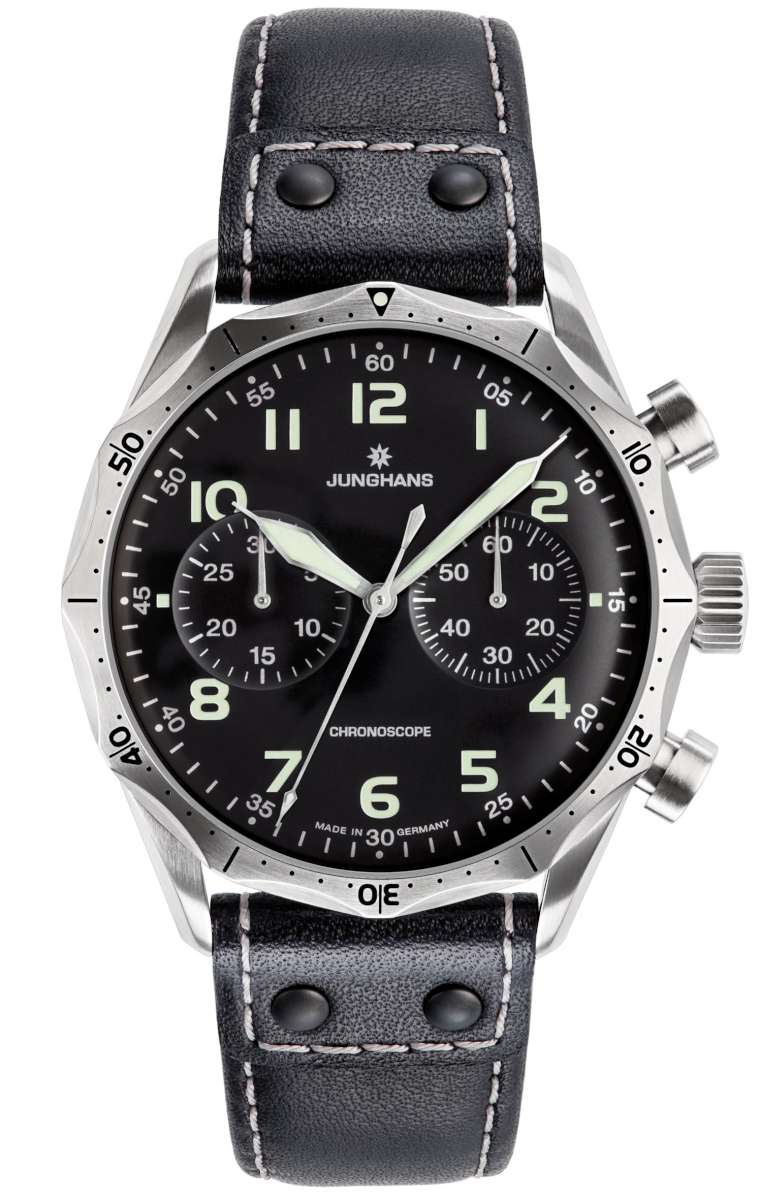 Numerals and hands coated with SuperLuminova 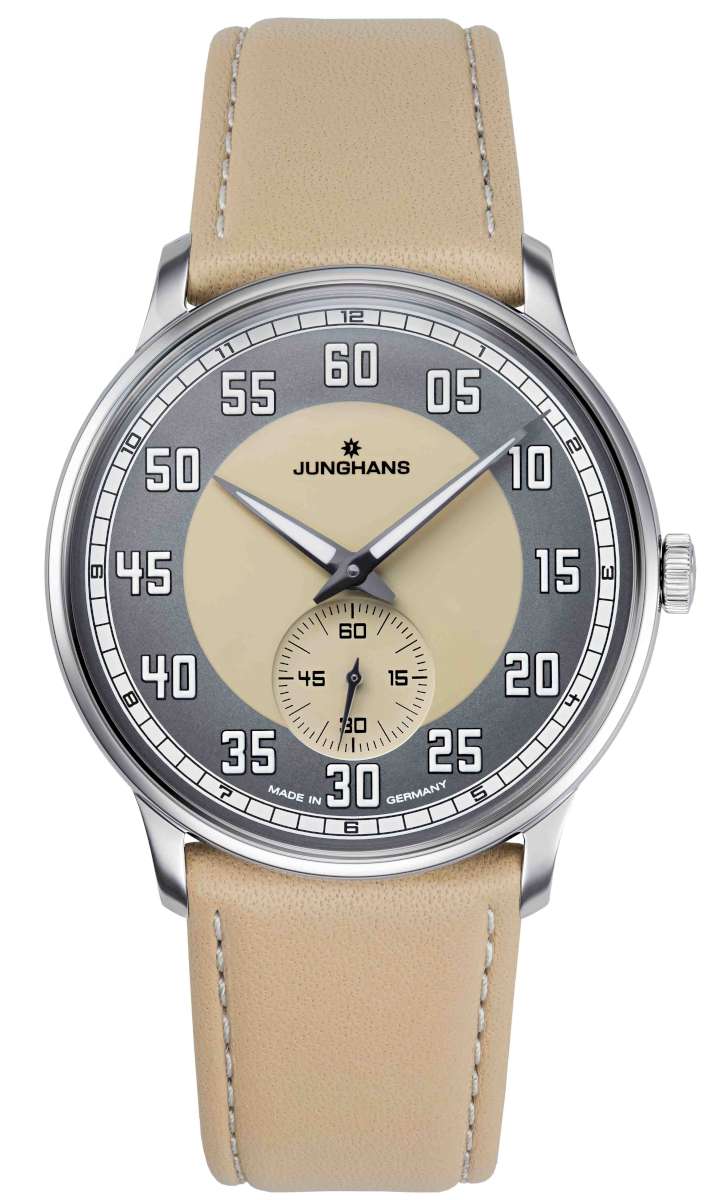