Hands and indices coated with SuperLuminova 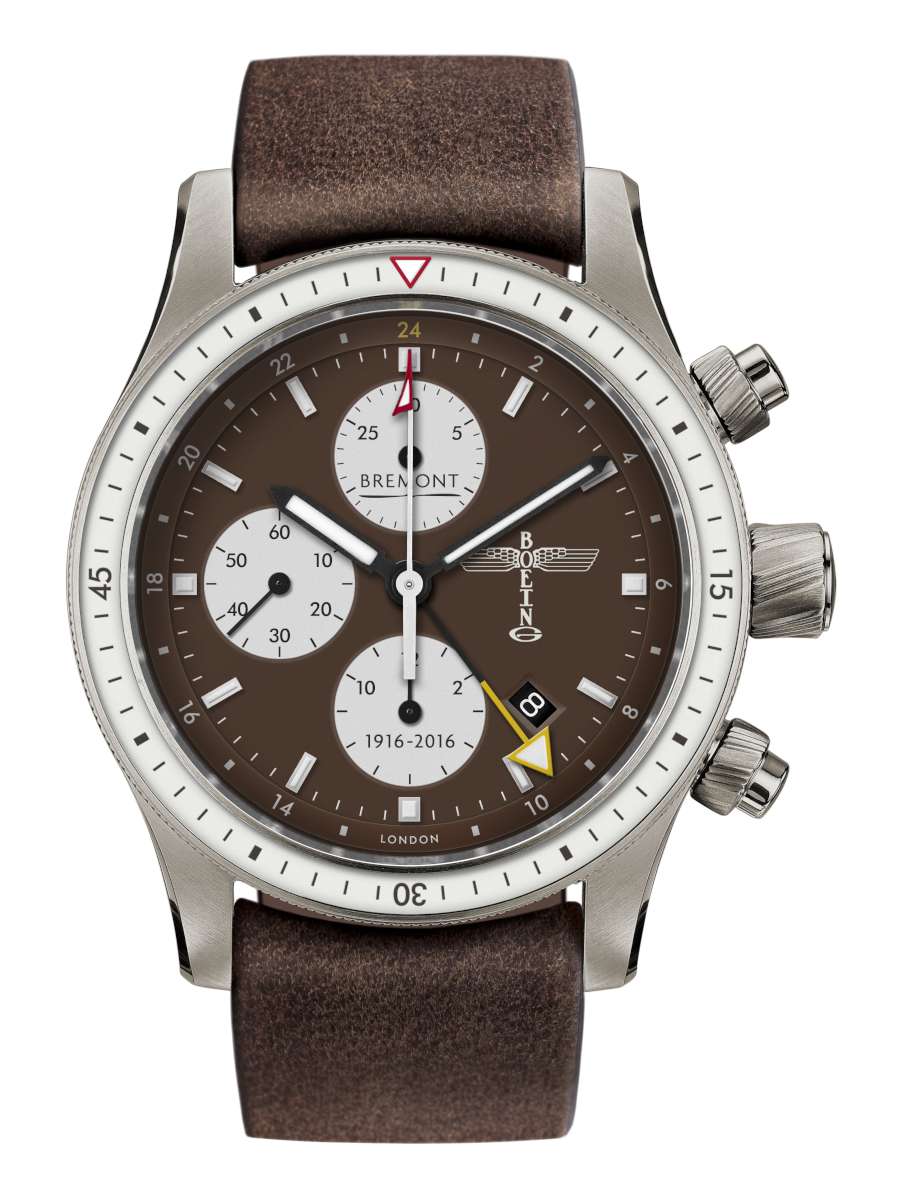 What colour do you paint an aircraft cockpit? For many years, Boeing chose brown, presumably because according to their research this colour was the most relaxing for crews. More recently they have returned to grey cockpits, like most other Western-made aircraft, while Soviet-era Russian and Eastern European aircraft had blueish-green cockpits. In any case, “Boeing brown” has become a classic cockpit colour for this aircraft manufacturing, and Bremont chose a chocolate brown shade for their anniversary Bremont Boeing 100 chronograph. It celebrates 100 years from when Boeing was founded on 4 July 1916 on Lake Union, Seattle. This is a limited edition of 300 pieces, and it is the latest in Bremont’s series of watches made in collaboration with military squadrons or other aviation organizations. It is the first time that Bremont has used vintage brown for the dial, along with the Boeing “Totem” logo. The dial is framed by an off-white bezel, which coordinates with the three subdials. It rotates bi-directionally and so it can be used for timing and countdowns. It has a knurled side that gives the watch a technical appearance. Bremont have chosen to place the date window diagonally at 4.30. The crown incorporates some carbon fibre from the Boeing Dreamliner testbed aircraft ZA004. 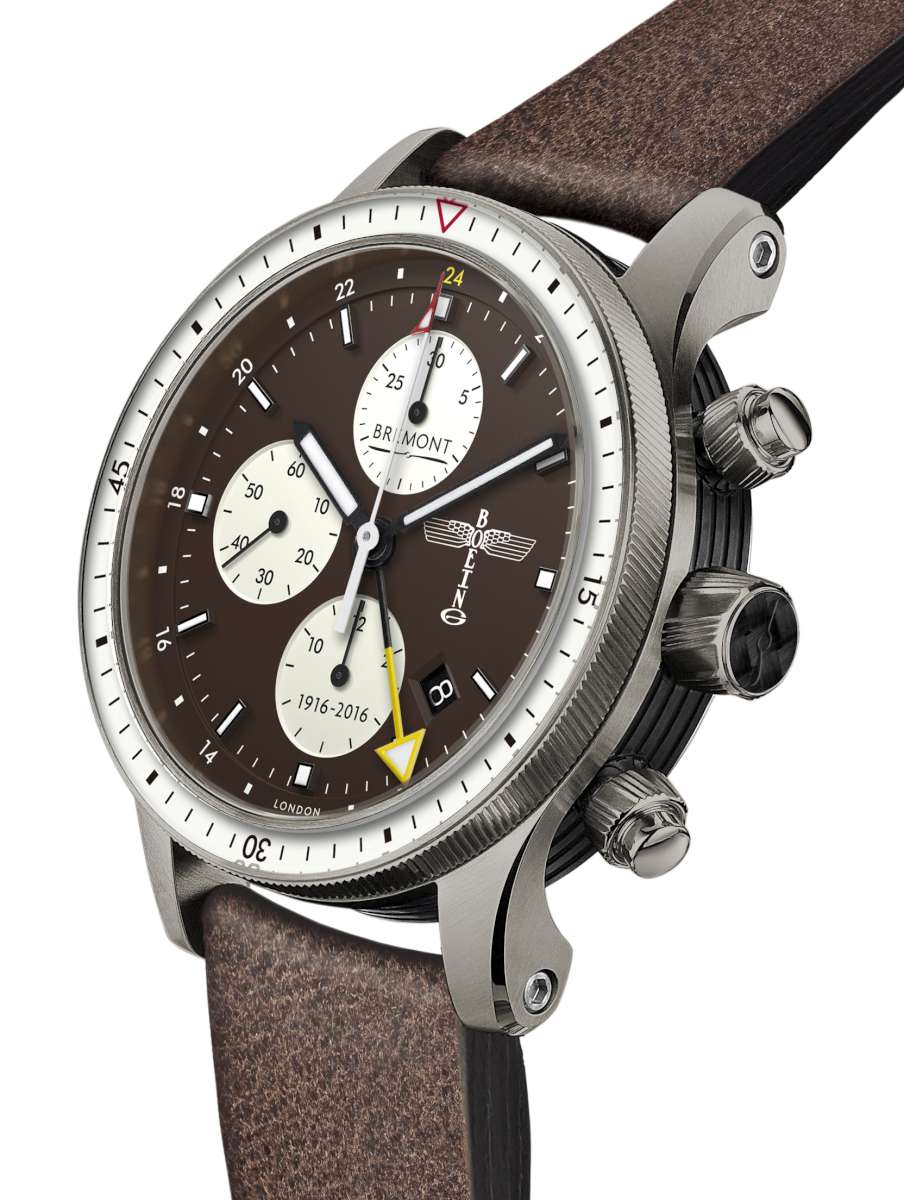 The case is in Boeing aviation-grade Ti 6-4 titanium, with 10 bar/100 metres water resistance. It houses the self-winding Bremont BE-54AE movement, which is basically the ETA 7754, virtually the Valjoux 7750 with the addition of a GMT hand. It runs at 28,800 vibrations per hour (4 Hertz), with a power reserve of 42 hours. It is chronometer-certified by COSC. The crown is used to set the hands and the time; it provides the stop-seconds function for accurate time-setting. The watch has an old-look calfskin strap with titanium deployment clasp. 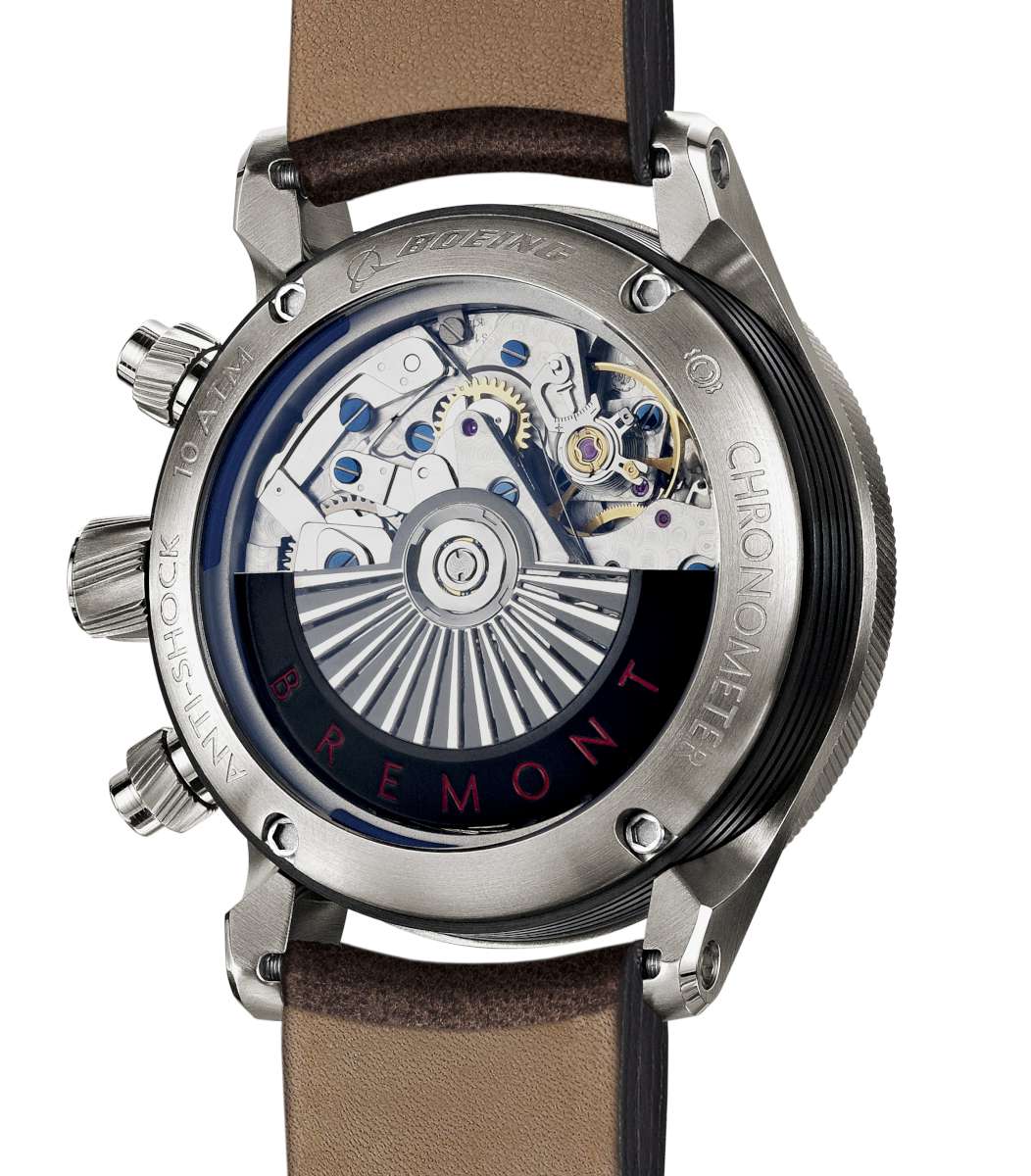