Pusher for winding the watch

Black enamel dial on a gold base, gold hands 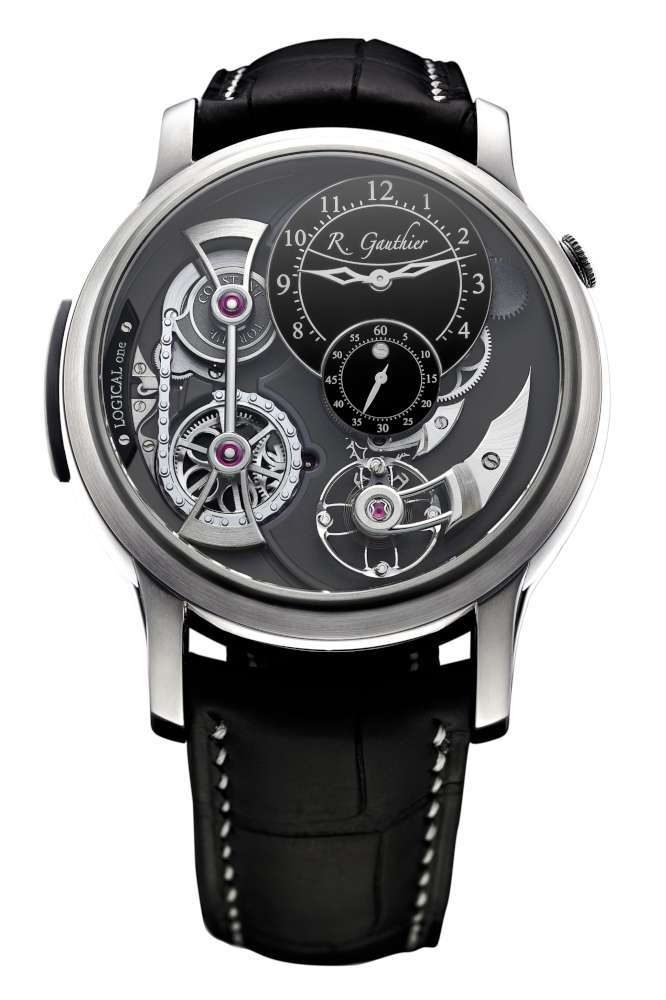 Logical One by Romain Gauthier was an exceptional watch when it appeared in 2013, and it won a prize for Best Men’s Complication watch at the “watch Oscars,” Grand Prix d’Horlogerie de Genève. Not surprisingly, Romain Gauthier is making new versions using different materials that provide an interesting visual appearance.

Logical One with a bit more rock

Logical One Natural Titanium has a sportier feel by virtue of this lightweight metal, used for the case. Its light grey satin colour contrasts with the anthracite ADLC finish for mainplate and two bridges, and with the palladium-treated brass used for the balance bridge, escape wheel bridge and power reserve indicator bridge. The upper bridge for the constant force system is in natural titanium. 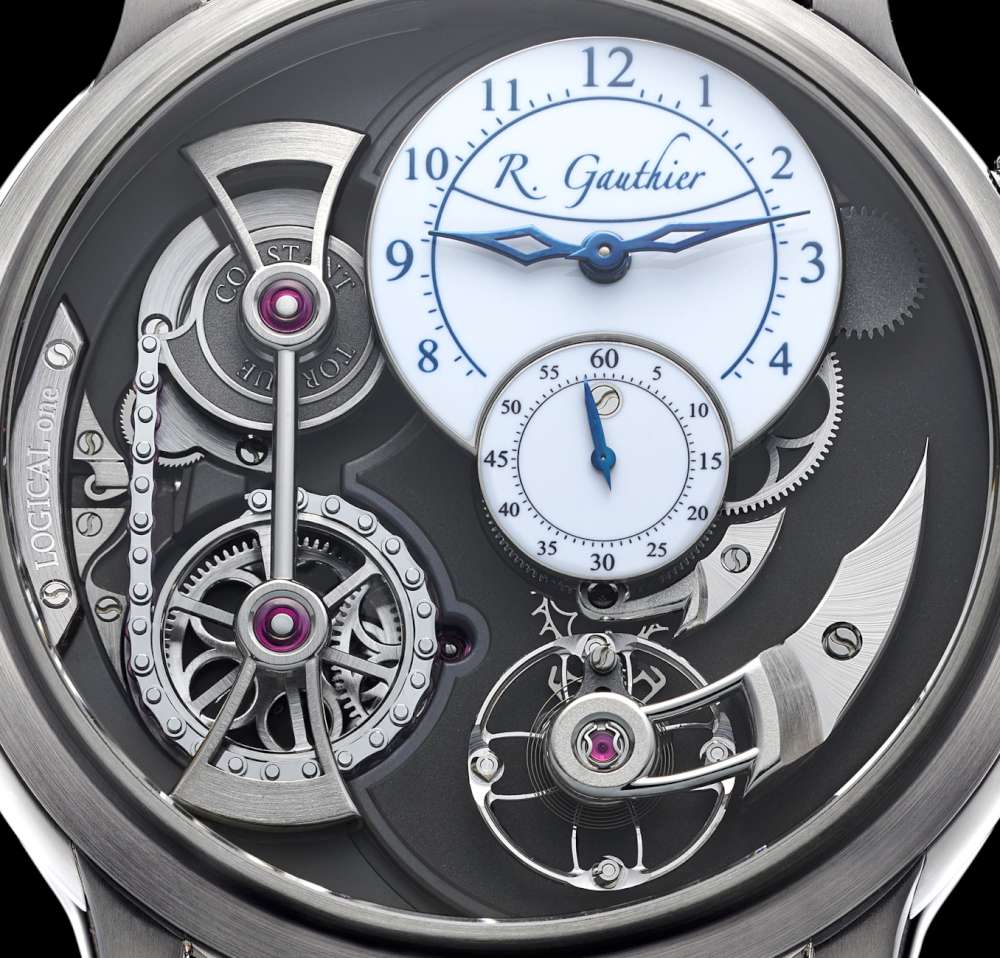 Logical One Natural Titanium has a movement designed by Romain Gauthier and built in-house. Its distinctive feature is the constant force escapement, a classic complication designed to eliminate a problem that affects virtually all mechanical watches. As the mainspring runs down, it delivers less and less torque to the movement. This has a detrimental effect on watch precision. Romain Gauthier’s solution is his own version of the chain-and-fusée system, replacing the fusée with a snail cam. This is linked by a short chain in which the links are in ruby to reduce friction. The mainspring barrel is also lined in sapphire, and as a result, the watch provides 46 hours of constant force power reserve. Gauthier’s patented system is in full view on the dial. 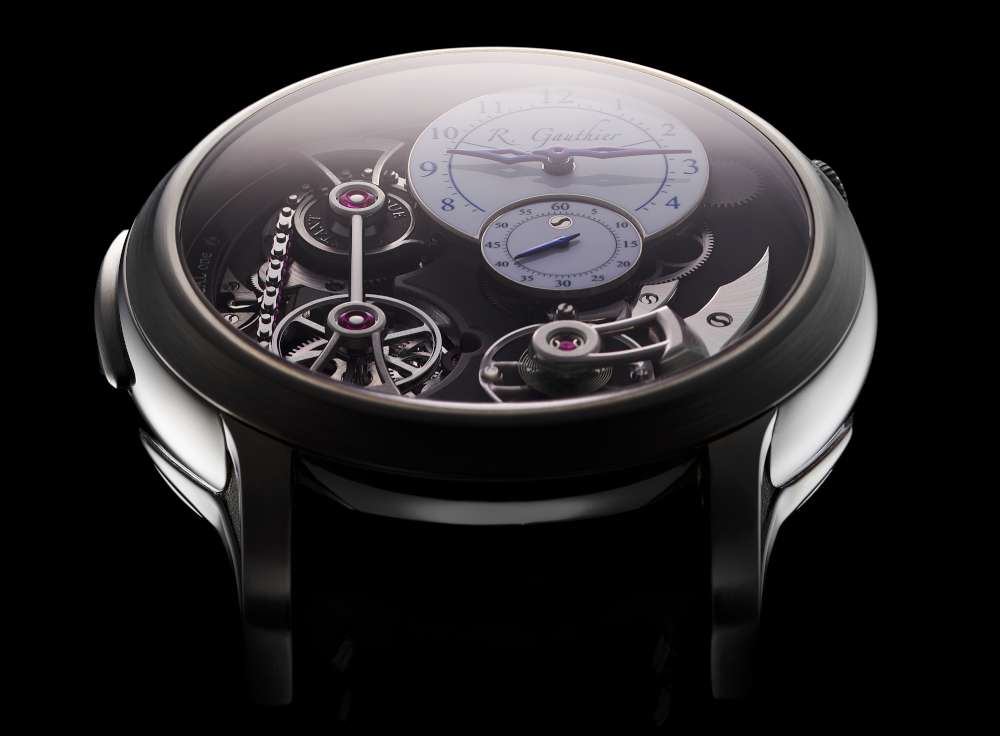 Another distinctive feature of this watch is the winding system. The mainspring is wound not by a crown – always a delicate part of a watch, vulnerable to damage – but by the pusher a 9 o’clock. A repeated pressure on the pusher progressively winds the mainspring. The balance wheel is also a Romain Gauthier hallmark, with curved arms and a curving balance bridge. Other features include the in-house gears with circular arms and high-efficiency teeth profiles, screw heads with S-slots, and a triangular pallet lever, a shape that increases rigidity. All these features can be seen from the dial side; the mainspring and other parts of the movement can be viewed through the sapphire caseback. 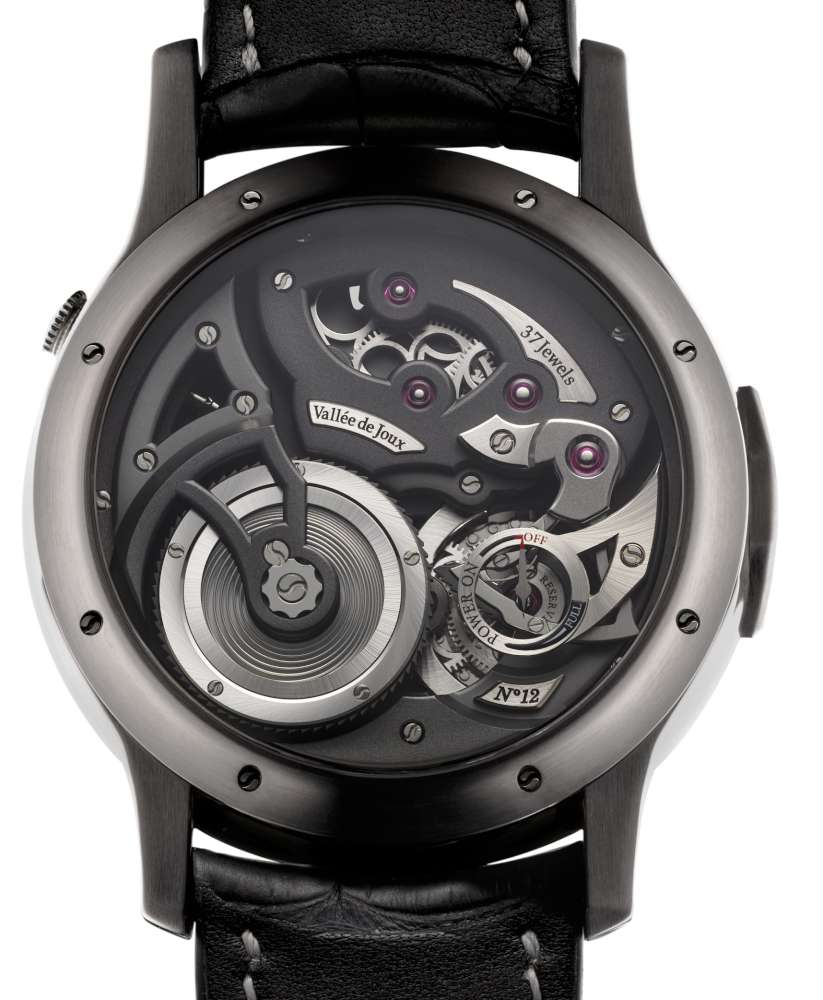 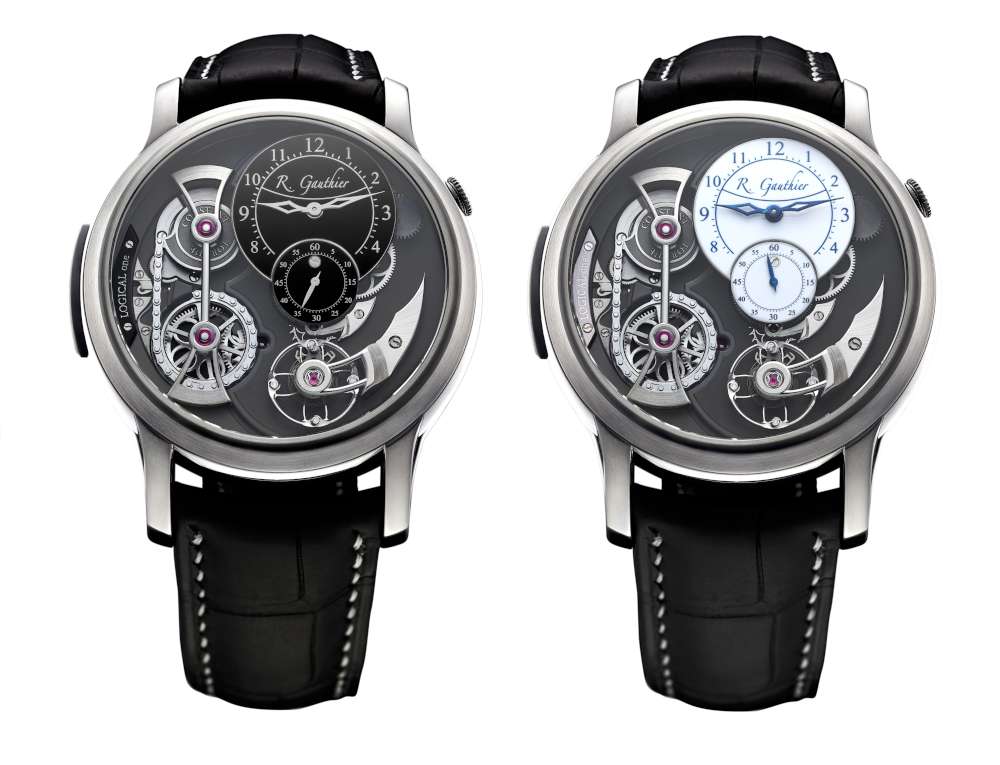