This year, Romain Gauthier has given his Logical One a new series of cool looks. The watch remains the same, with its constant-force escapement based on a chain with ruby links, an eccentric pair of dials for hours, minutes and seconds, a balance in full view, and a pusher for winding. But its aesthetics have become more contemporary, above all in this piece, Logical One Enraged. It is made in three versions, with red accents, orange accents, or accents that are so dark that the entire watch becomes black. The off-centred dial is in matt grey enamel, with black hands, and a spiky Romain Gauthier logo. The titanium case has a matt ADLC finish with a grainy texture. The results are super-cool, three limited editions, five pieces each. Price 115,000 Swiss francs. 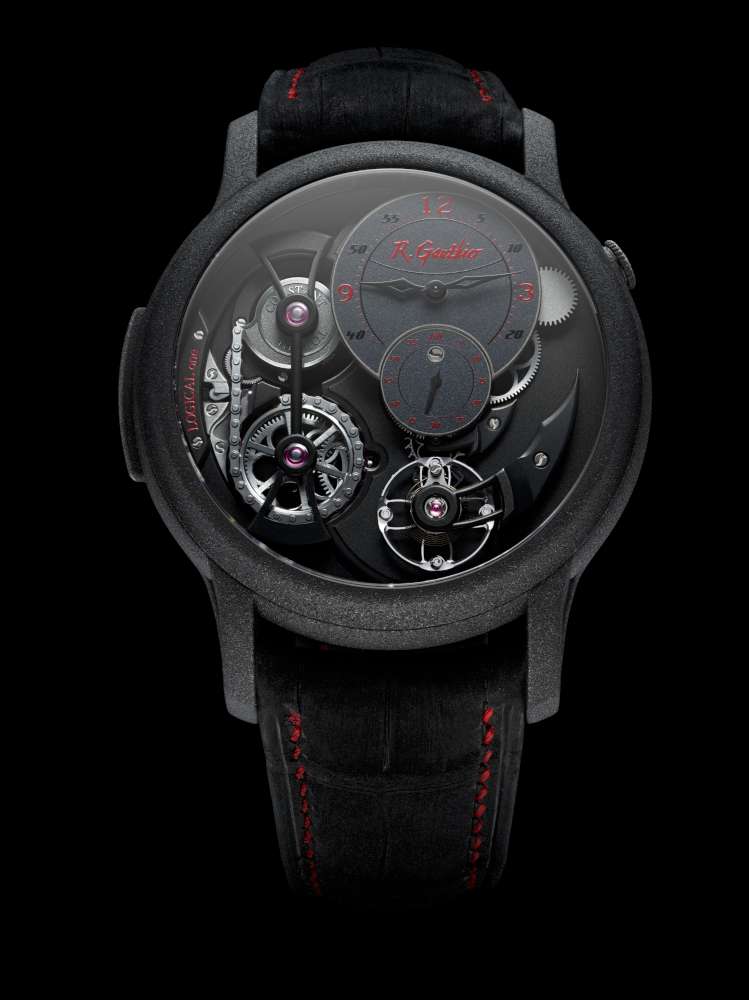 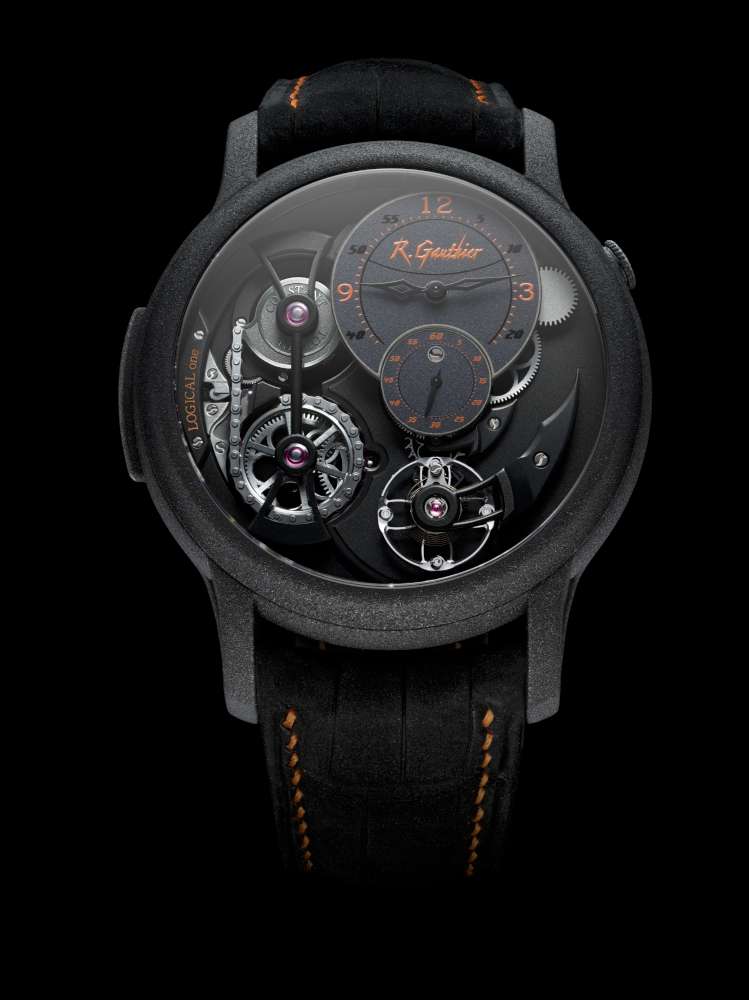 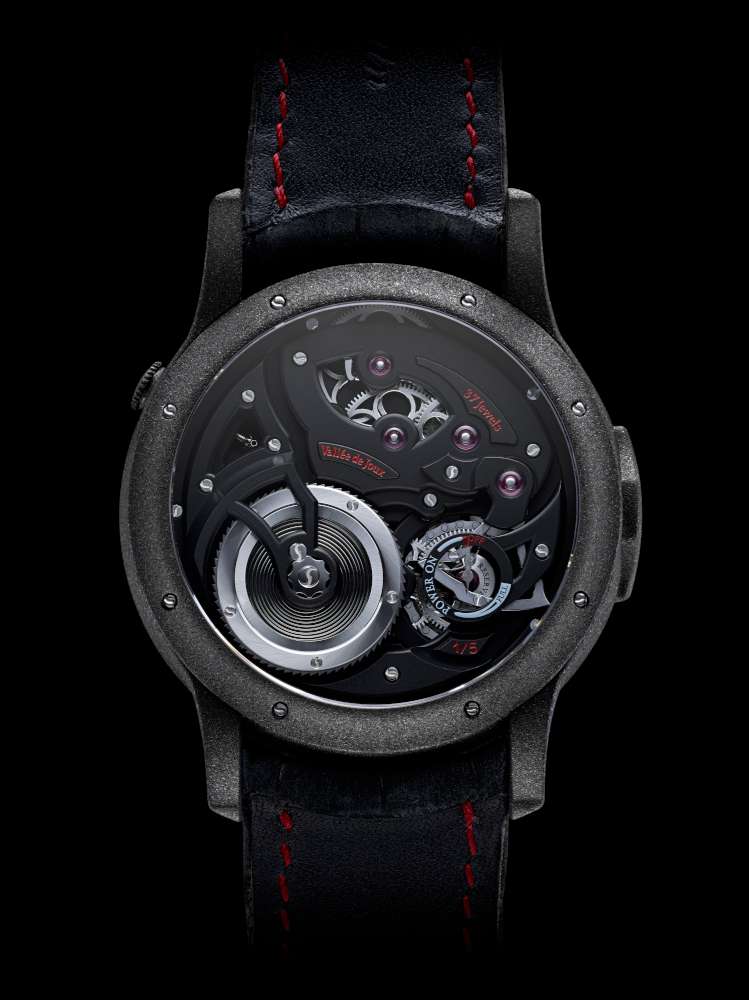