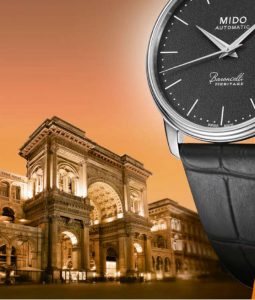 OK, it doesn’t have the prestige of a Piaget, but the Mido Baroncelli Heritage is nonetheless admirably thin at 6.95 mm, and works very well as a dress watch at a price of €880 in steel and €980 in rose gold PVD-coated steel. It was launched in 2016 to mark the 40th anniversary of the Baroncelli collection.

The brand say that the watch’s design was inspired by the Neoclassical architecture of Galleria Vittorio Emanuele II in Milan: that, I would say, is quite a long shot. Possibly it is due to Mido’s attention to the Italian market, where they opened in 2015 and will reach about 80 points of sale by the end of 2016. Their main competitor, in terms of affordable mechanical watches, is Hamilton, a brand that has about 700 points of sale in Italy alone.

The watch has a polished steel case 39 mm in diameter (water resistance 3 bar, 30 metres) with a stepped bezel, and a black grained dial with minimalist baton hour markers reminiscent of Piaget. The old-style Baroncelli logo is at 6 o’clock, and there is a date window (pity) at 3 o’clock. The hour and minute hands show great attention to detail, as they are double-sided, with one side sandblasted and the other smooth and glossy. The strap is in calf leather that has been printed with a crocodile texture, and it has a stainless steel pin buckle. 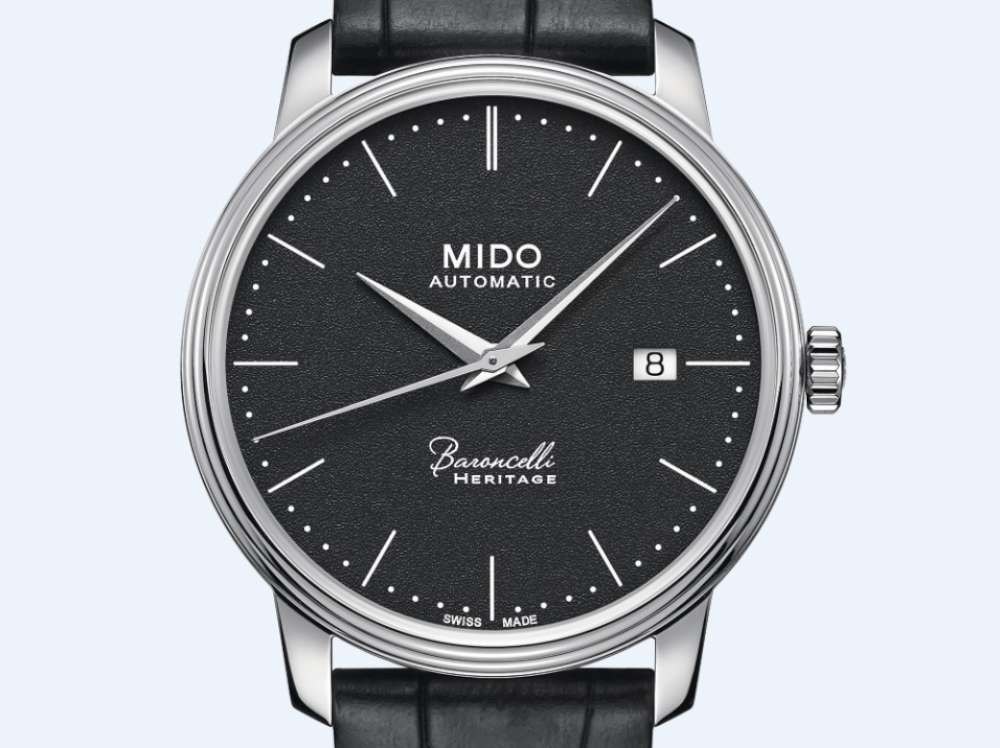 Inside, the self-winding movement is the Mido 1192, based on the ETA 2892-A2. It has an oscillating weight decorated with Côtes de Genève and the Mido logo. The movement runs at 28,800 vibration per hour (4 Hertz), and has 42 hours power reserve. The caseback is engraved with the serial number. 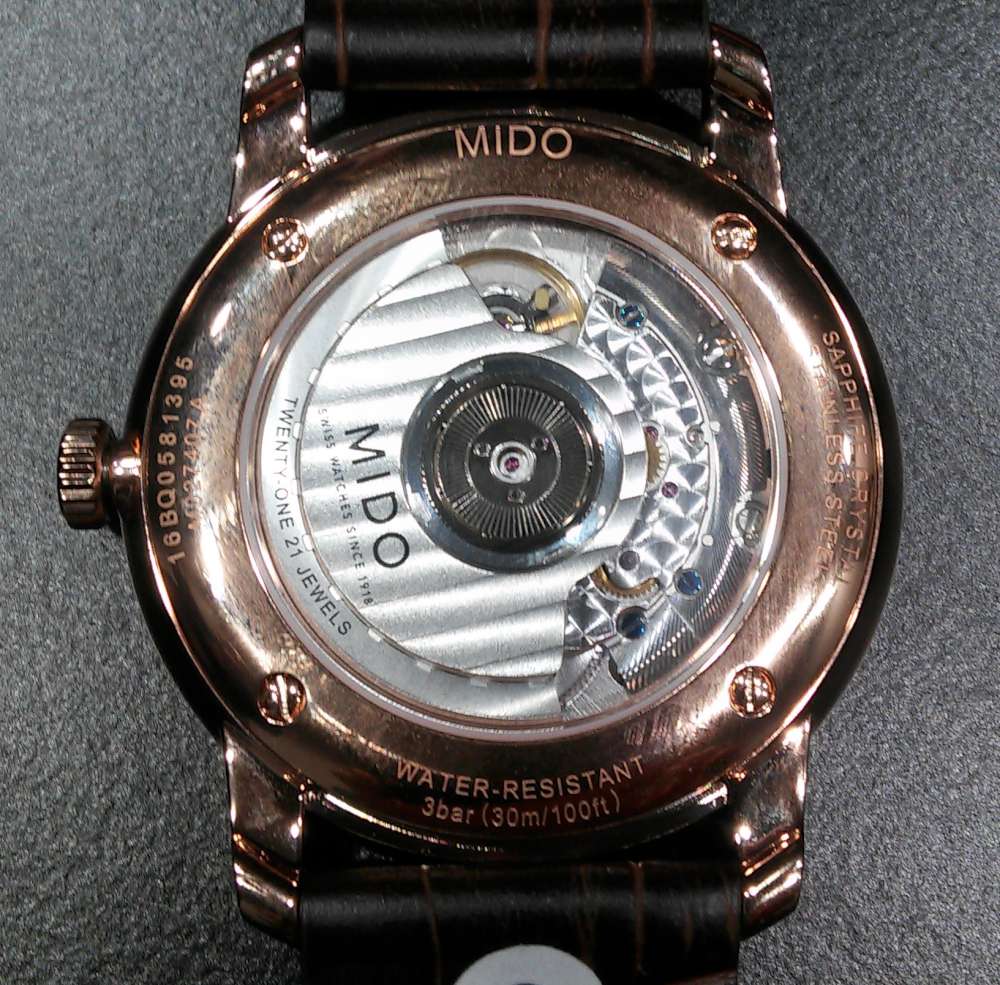 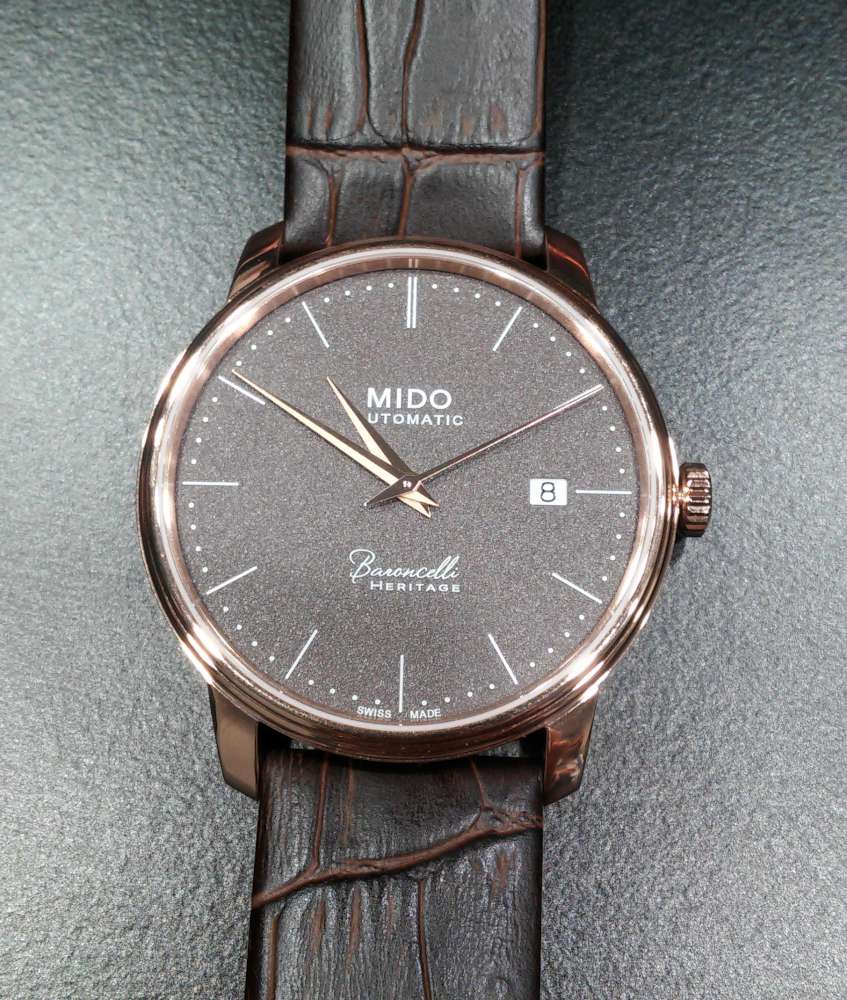 All in all, it’s a nice watch. I had assumed that the name Baroncelli was an Italian-sounding invention, but in fact it comes from the Florentine family who were patrons of the arts in the late Gothic period, 14th century. There is a Baroncelli chapel in the church of Santa Croce in Florence, with frescoes by Taddeo Gaddi, a pupil of Giotto. The Baroncelli poliptych is a painting in the Santa Croce museum.

Post updated on 27 June 2017 (origin of the name Baroncelli)