Beige SuperLuminova on hour markers and hour and minute hands 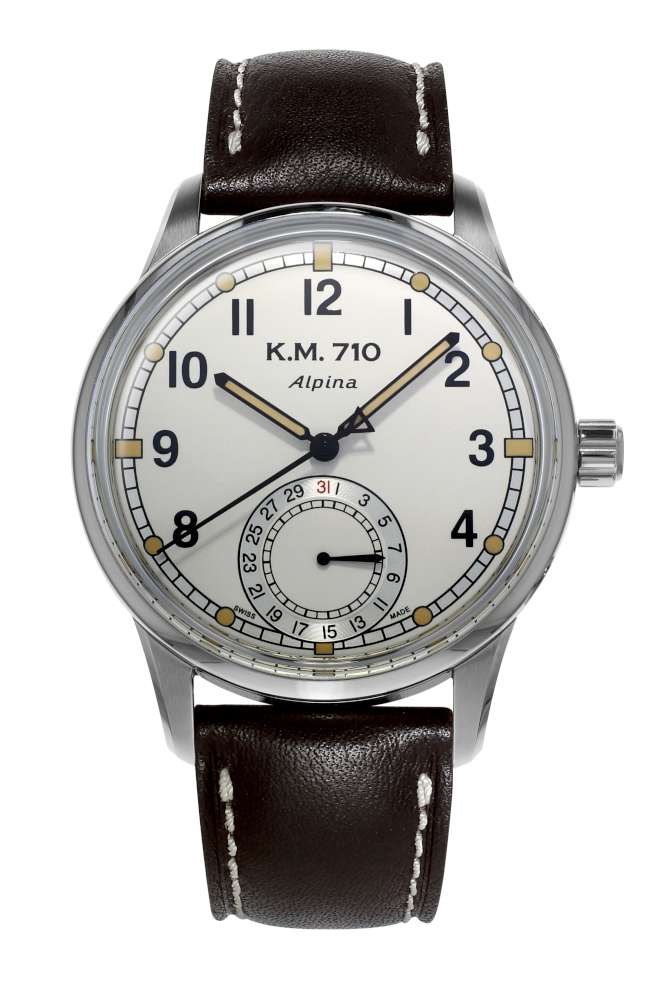 Nostalgic watches are ever successful, as proven by the unending demand for pilot’s watches recalling the pieces supplied to the Luftwaffe in the 1940s. In those days, Alpina was one of the suppliers for the German Kriegsmarine (hence the name KM-710), not surprisingly because the company’s German subsidiary had been transformed into an independent German company, Alpina Deutsche Uhrmachergenossenschaft e.G.m.b.H. based in Berlin. 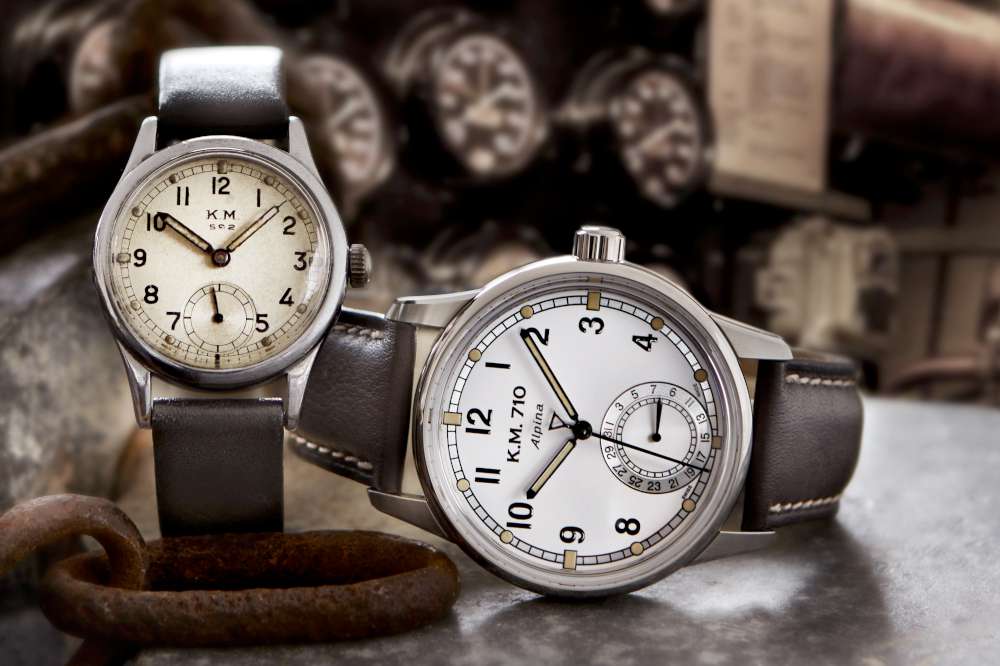 The historic piece (on the left in the photo above) that forms the basis for the new KM-710 was comparatively small, as usual for men’s watches in those times, about 35 mm in diameter, and had luminescent radium paint on the hands and dial. The new piece is 41.5 mm in diameter and 13 mm thick, with SuperLuminova on hands and hour markers which, unlike the wartime radium paint, is not radioactive and is entirely innocuous. The case is rated at 5 bar, 50 metres depth, and it is mounted on a leather strap.

The watchglass is highly three-dimensional, rising from the bezel. Instead of the continuous seconds subdial, the watch has date indications on the subdial at 6 o’clock. This is a lovely touch that preserves the historical looks while providing the more modern central seconds hand, and the date function in a very legible format. 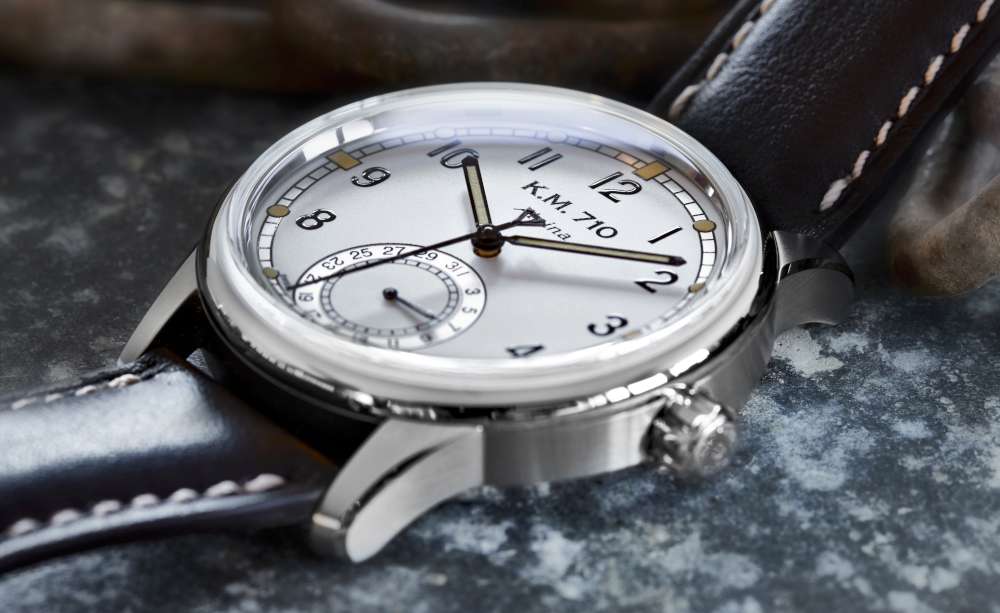 The watch is exceptional for its in-house AL-710 movement. Its appearance through the transparent caseback is rather unusual, with a black-coated triangular bridge, and just the large balance in view, running at 28,800 vibrations per hour (4 Hertz). The watch has a power reserve of 42 hours. 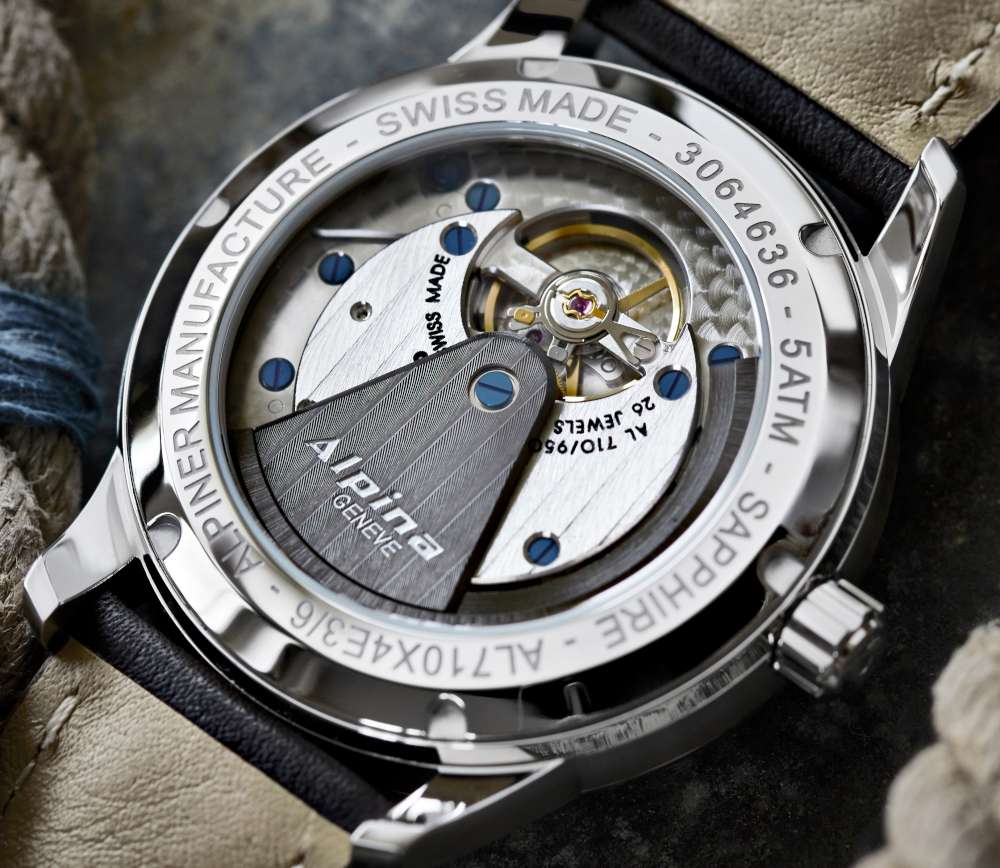