Crown for setting time of right dial and winding 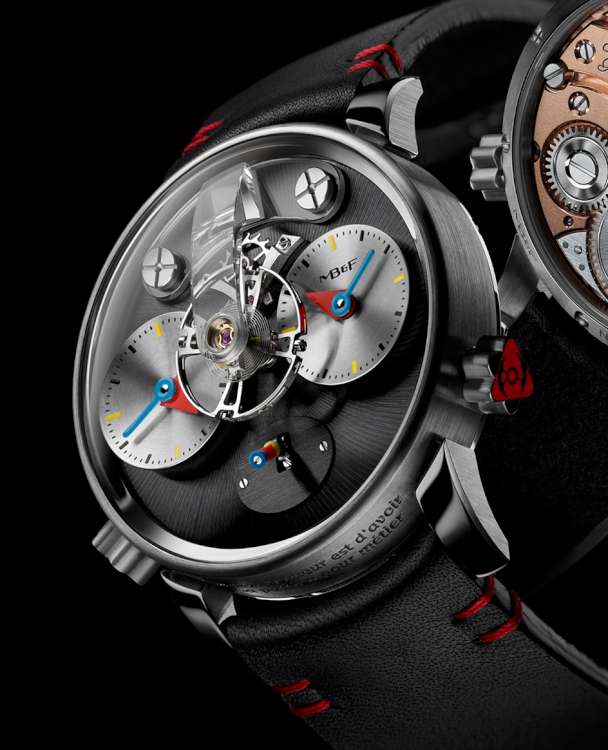 Everyone loved the MB&F LM1 released in 2010, with its large, theatrical balance wheel suspended over the dial and under the dome-shaped watch glass. This year, MB&F presents a collaboration with French watch designer Alain Silberstein, whose liking for primary colours and shapes produced the engaging MB&F LM1 Silberstein. This piece follows another collaboration, the HM 2.2 Black Box watch that he designed for MB&F in 2009. Alain began his career as a watch designer in 1990, but his design company had to terminate operations in 2012 for a variety of reasons. He had developed his own style that had something of the Bauhaus penchant for elemental, functional forms. 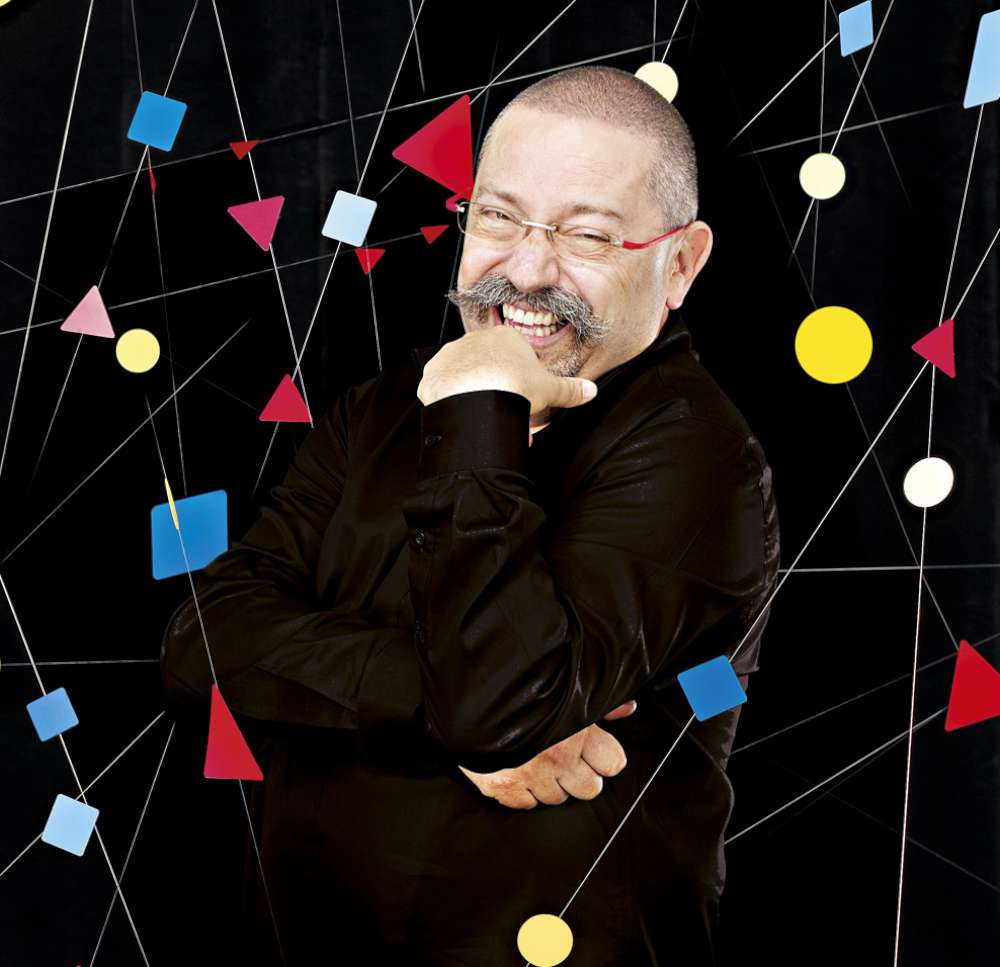 The watch is in three versions, natural titanium, black PVD-coated titanium, and red gold. The case is 42.5 mm wide and 17 mm thick, with black calfskin straps given touches of colour with highlight stitching. The movement is exactly the same as that of the 2010 Legacy Machine 1, running at 2.5 Hertz (18,000 vibrations per hour), driving two independent dials. Both displays are driven by the same movement and so, whichever time you set on the respective dials, they remain coordinated. The system is the most practical second-time-zone watch of all, because you can set any time zone, including the fractional zones, using the two crowns. 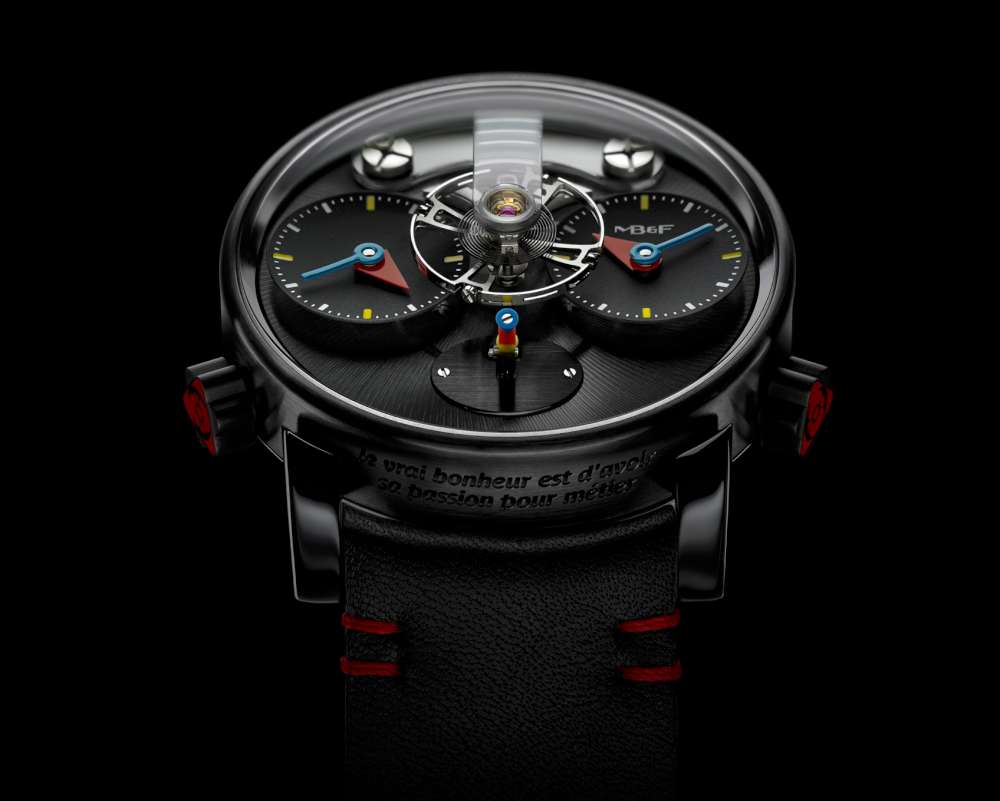 New in the Silberstein version is the balance wheel bridge, in transparent sapphire. This element alone required two years of development time. The shape of the dials is also new, in the form of shallow concave bowls, a bit like tiny radio telescope dishes. The hands, curving like the dials, are in Silberstein’s characteristic primaries, cyan rods for the minute hands, red triangles for the hour hands, and four yellow hour markers. 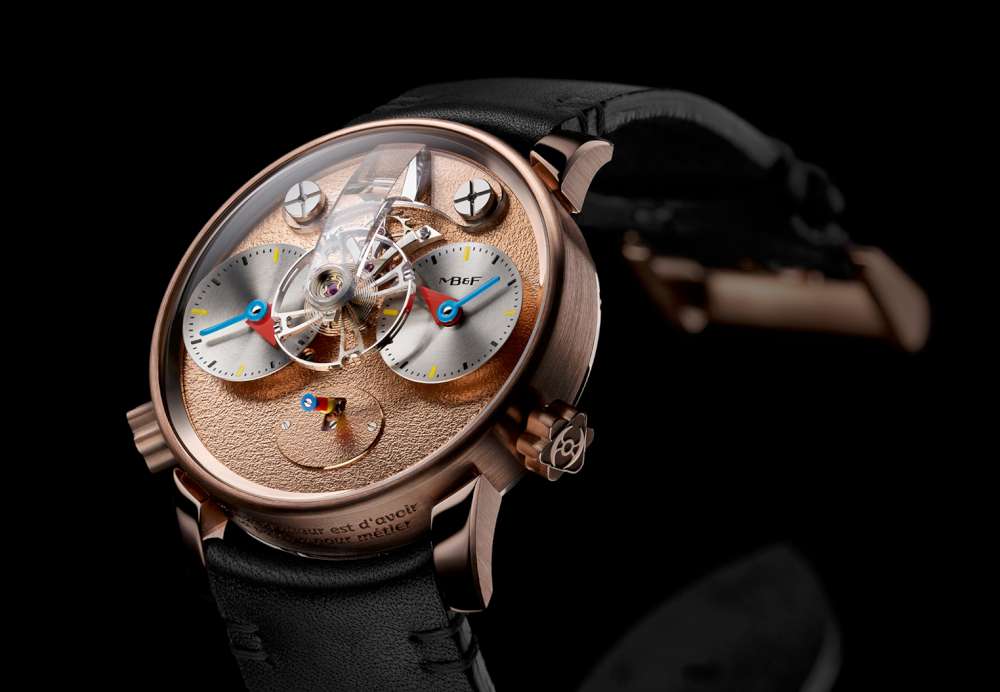 The caseband is engraved with a quote from Gustave Flaubert, “Le vrai bonheur est d’avoir sa passion pour métier,” true happiness is when you can make a living from your passion. And, talking of passion, I cannot help thinking of the vertical power reserve indicator, which rises erect when the mainspring is fully wound with 45 hours reserve, and gradually droops downwards as the spring’s energy is depleted. Leaving aside this slightly suggestive mechanism, the indicator is a rod formed of a yellow sphere, a red cube and a cyan truncated cone. 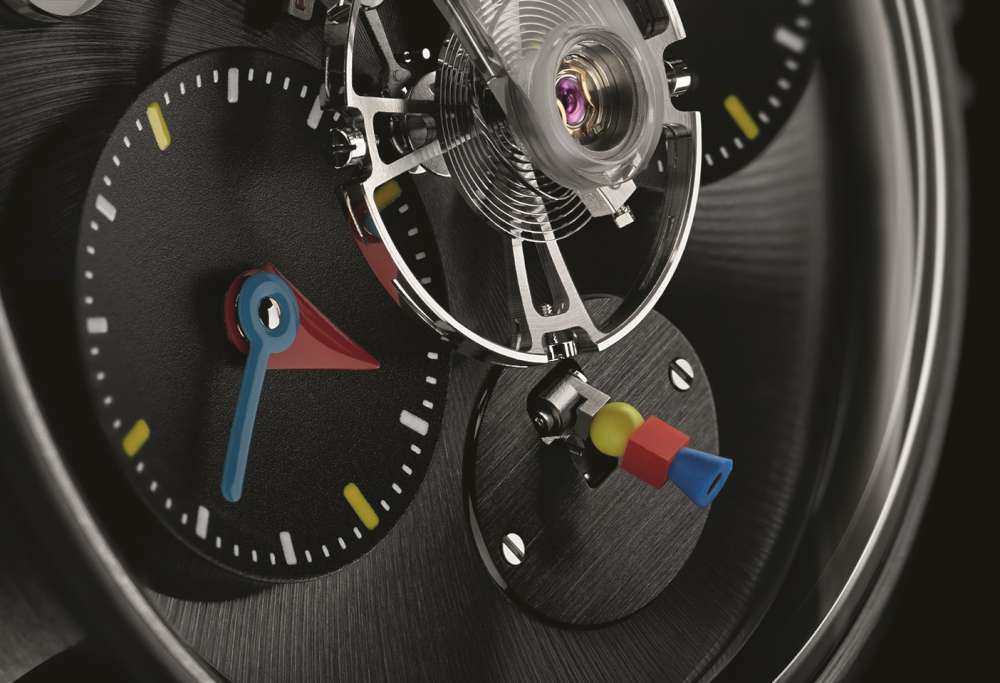 The movement is the same as that of the original LM1, engineered by Jean-François Mojon of Chronode, with design input from Kari Voutilainen. The watch is as attractive through the sapphire caseback as it is from the front. 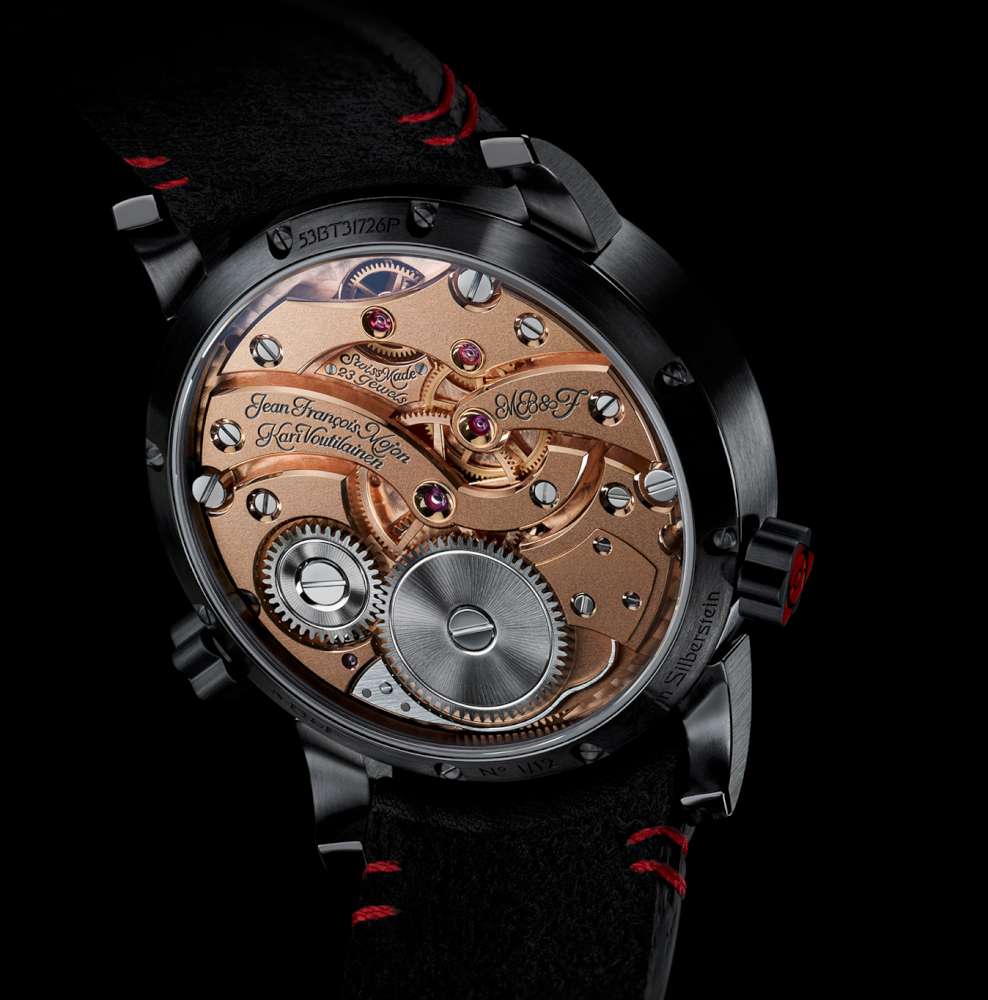 One thought on “MB&F LM1 Silberstein”