In 2014, Bruno Belamich, creative director at Bell & Ross, designed the B-Rocket motorbike, something like a cross between a bike and an aircraft. It was actually built, in cooperation with the Shaw Harley-Davidson Speed & Custom company. This year, 2016, the brand presented a Bell & Ross car, the AeroGT concept car. This in turn was the inspiration for two new watches, BR 03 AeroGT, in hour-minute-seconds and chronograph versions. 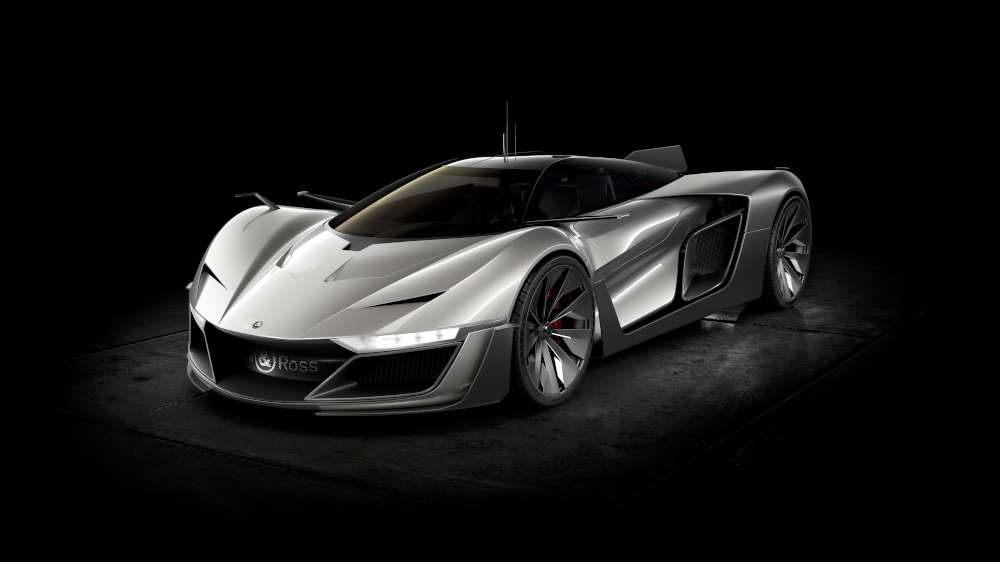 The car has distinctly aeronautical flavour, with its massive air intakes, a wicked pitot tube for an airspeed indicator, and canard winglets for the microscopic wing mirrors. At the moment it is just a design, a concept, existing in the form of drawings, computer-generated images, hypothetical performance data and a video. 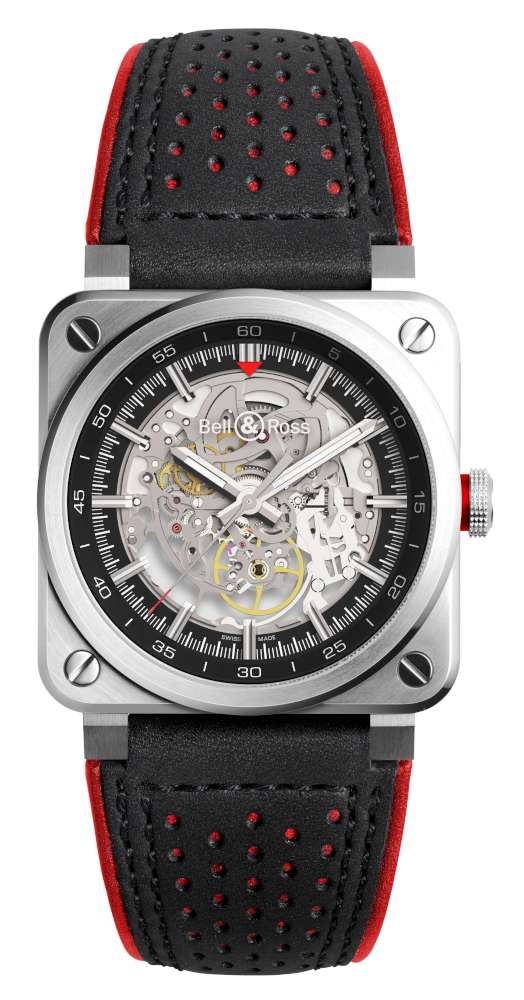 The Bell & Ross BR 03-92 AeroGT is nicely skeletonized, with the mainspring visible behind a curvy-spoked bridge, and the balance at 6 o’clock. The second hand has a red tip, while the hour and minute hands have some SuperLuminova for night-time visibility, and likewise the hour indicators. Other red details are the triangle in the 12 ‘clock position, and the shaft of the crown. 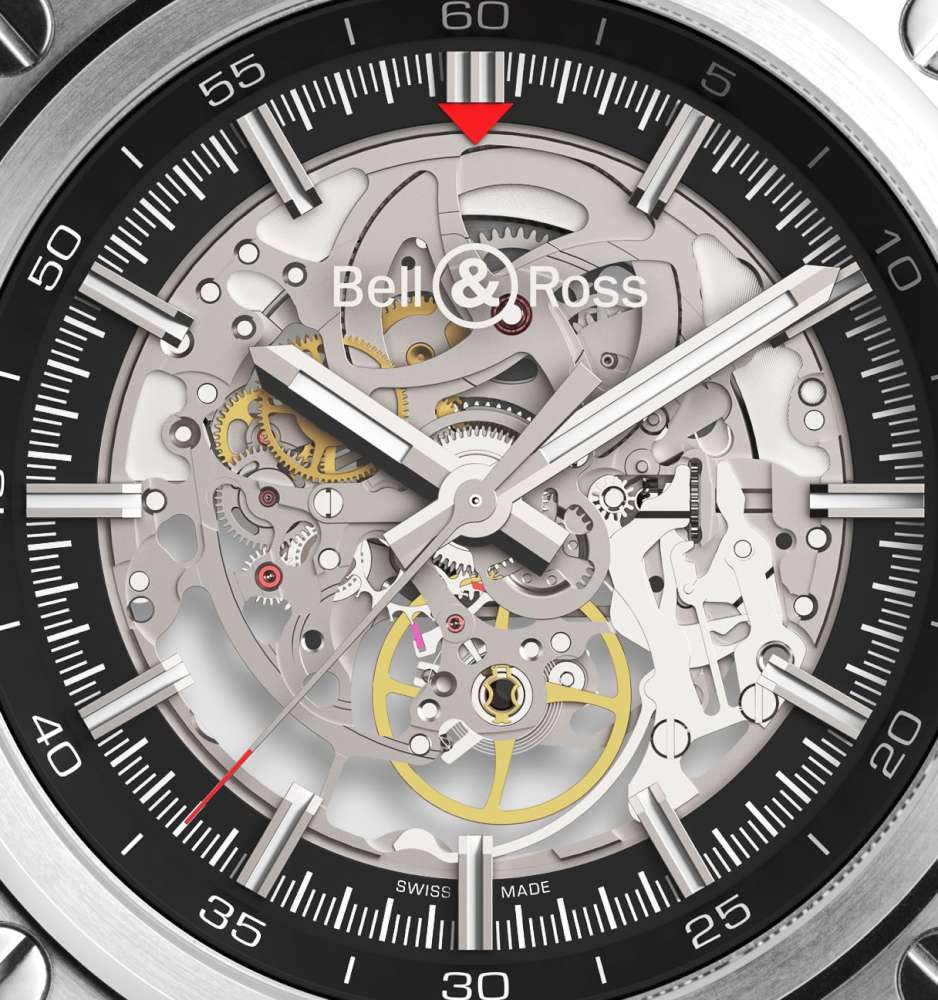 More of the movement, with the personalized oscillating weight, can be seen through the caseback. The movement is the BR-CAL.318, a self-winding movement presumably made by a third-party supplier. The case is 42 mm in width and height, in satin-polished steel, water resistance 100 metres. The strap is in black calfskin with perforations revealing a red inner layer, and red edging. It has a steel pin buckle. 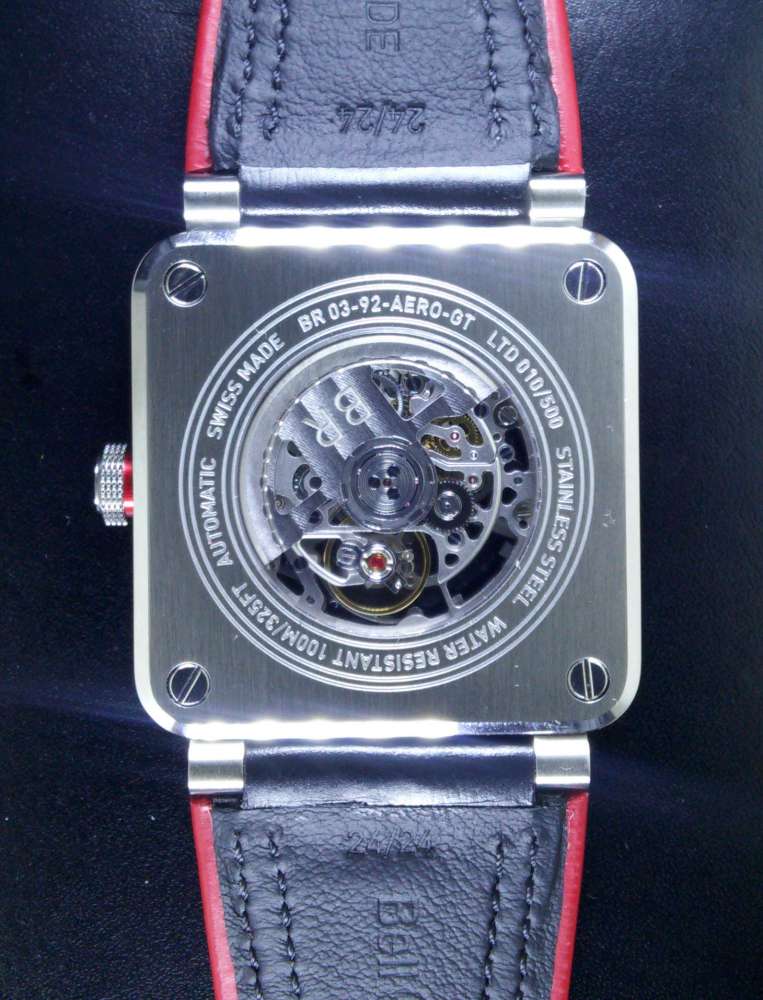