This chronograph watch, like the three-hand Bell & Ross BR 03-92 AeroGT, is linked to the Bell & Ross AeroGT concept car, designed by the brand’s creative director Bruno Belamich and his team. 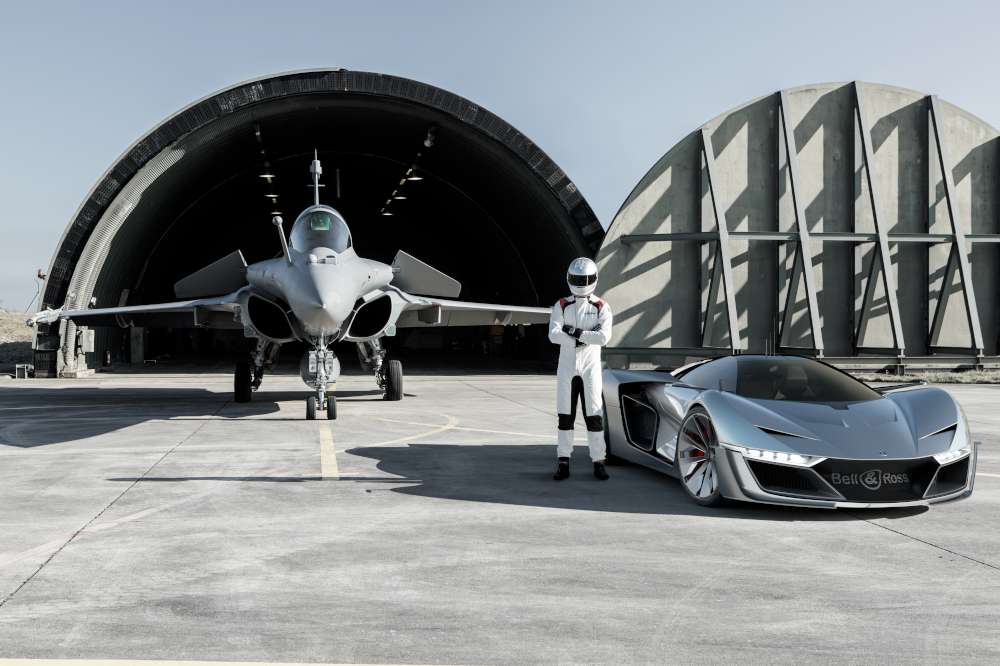 The BR 03-94 AeroGT chronograph has a very technical look, with chronograph hands all in red – central chronograph seconds, 30 chronograph minutes at 9 o’clock, and 12 chronograph hours at 6 o’clock. The red triangle at 3 o’clock indicates the date; continuous seconds are shown on a subdial at 12 o’clock. The seconds scale has quarter-second divisions, though some of this is obscured by the hour markers. 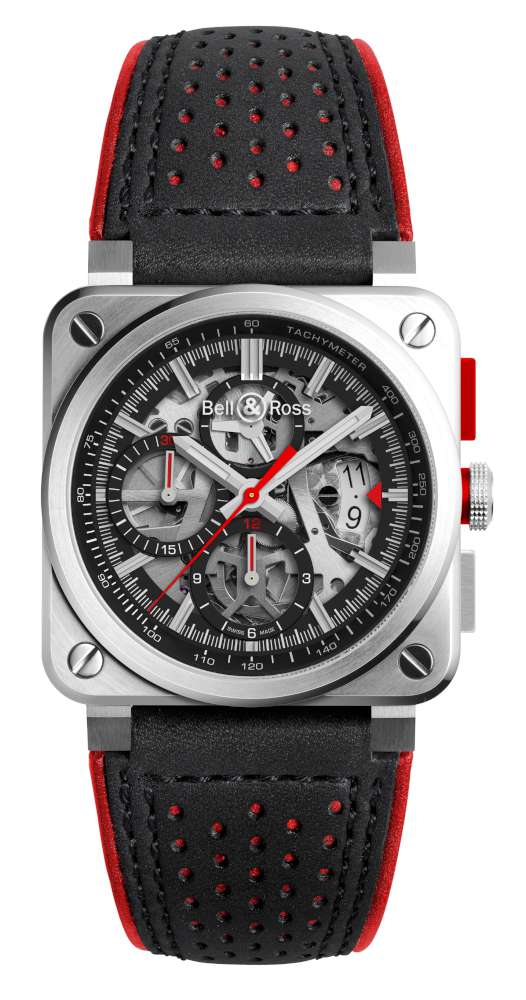 Am I exaggerating to expect that “form follows function” in chronographs that are – like many today – essentially flashy, theatrical timepieces and not technical watches? Perhaps it’s this sort of detail that creates a separation in the vast field of chronographs, between watches that could actually be used to get an accurate measurement of an elapsed time, and watches whose chronograph function is just a sort of stress-releasing gadget. 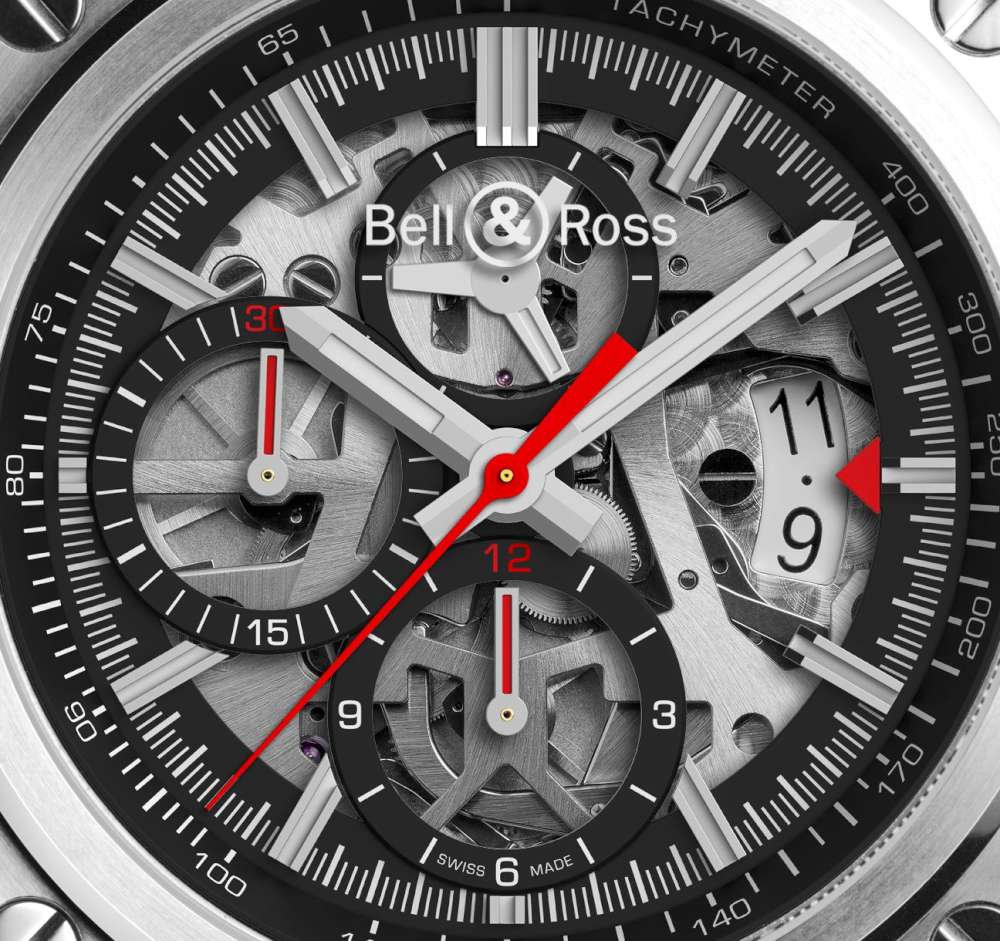 The watch is powered by the self-winding BR-CAL.319 movement, self-winding, no further data provided. The case is 42 mm in size, water resistance 100 metres, with perforated black calfskin strap and steel pin buckle. The caseback is solid, with just a small circular window presumably revealing the balance. 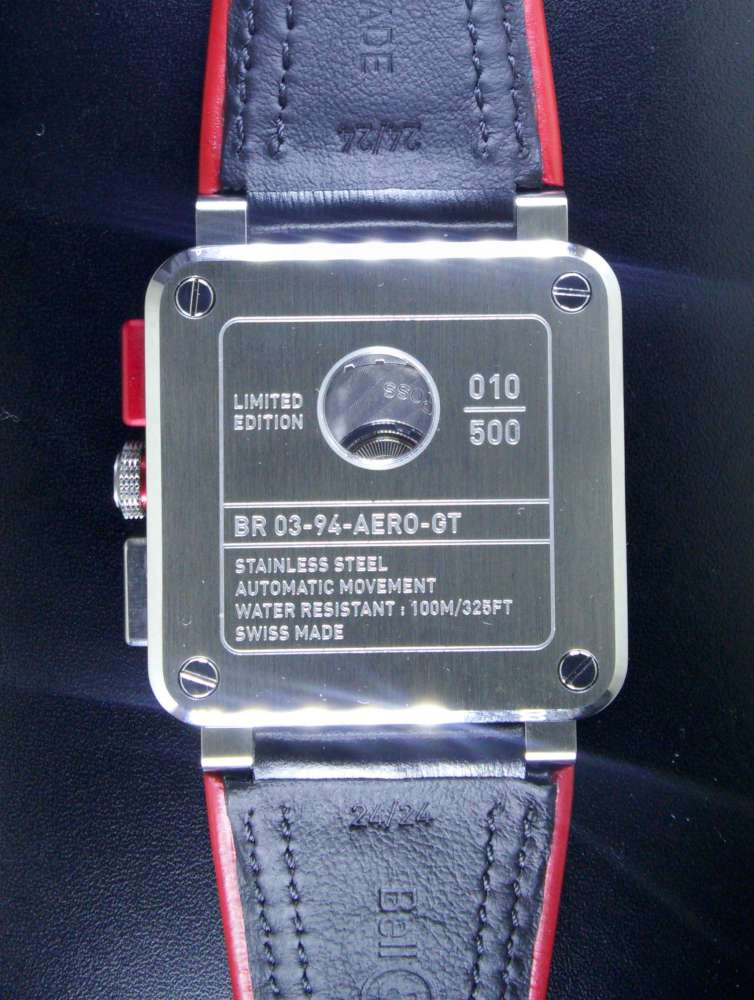