Punctual for the 2016 European football championships in Paris, Hublot presents its limited edition Big Bang Unico Retrograde Chronograph Euro2016, “Official Licensed Watch” of UEFA Euro 2016. It is a limited edition of 100 pieces, already on sale. This watch also marks Hublot’s tenth anniversary of involvement in football, which began in 2006 when the brand partnered with the Swiss team in the World Cup. From then on, it has established links with other teams including Chelsea, Manchester United, Bayern München, Juventus and Paris Saint-Germain.

The watch is in French colours, with blue and white dial, and a case in black ceramic, 45 mm in diameter, 100 metres water resistance. It has a blue alligator strap with rubber lining, and white and red stitching. The strap can easily be removed with Hublot”s “One click” system. This enables you to change it for another strap colour. 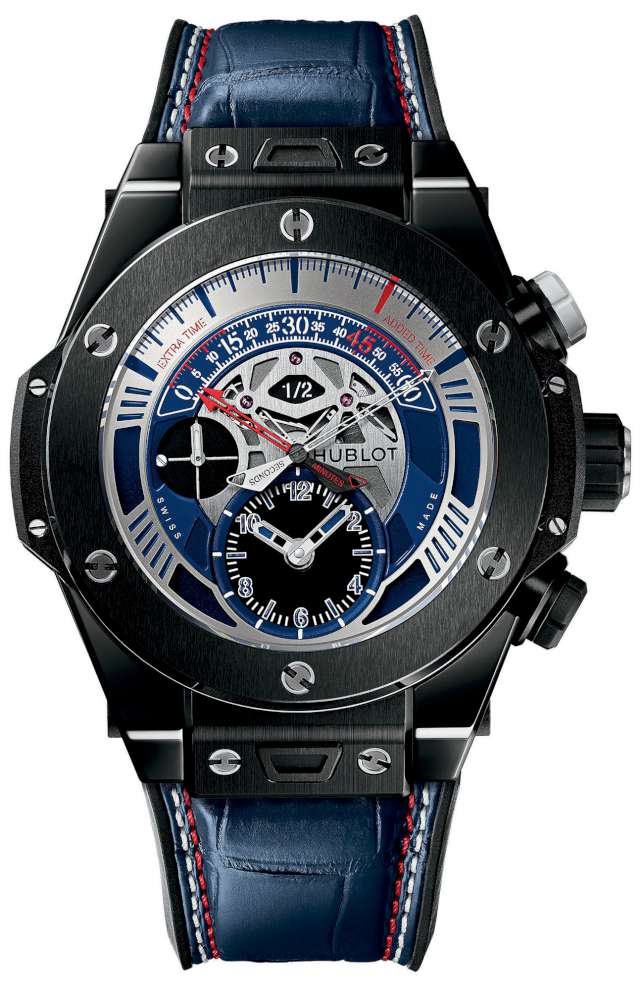 It’s a complex piece, with a whole range of materials. The ceramic bezel is attached using Hublot”s H-shaped screws. The caseband has inserts in resin composite. The crown and pushers are in titanium and black rubber. The caseback is also in ceramic, with the edition number engraved. A sapphire window provides a view of the movement, with the Euro 2016 logo at the centre. 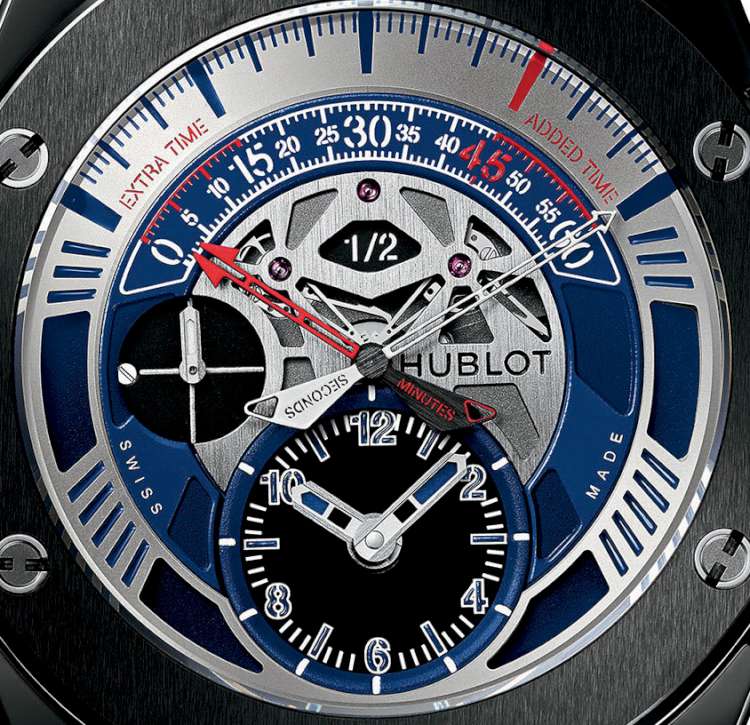 The movement is the in-house UNICO HUB1261, a self-winding bi-retrograde column-wheel chronograph calibre, providing 72 hours power reserve. It was designed specifically for timing football matches: when you start the chronometer, the second and minute hands start moving across the scale at the top, the second hand jumping back to zero every minute. The minute hand reaches 45 minutes, with the number “1” shown in the window at the centre, for first half. It continues for the 15-minute interval, shown by the indicator at the centre; then it jumps back to zero to start timing the second half, after which the central indicator shows “END.” The time is shown on a subdial at 6 o’clock, with a small seconds subdial at 9 o’clock. It’s not the clearest of displays, but unusual and cool: a beautiful watch for the beautiful game. 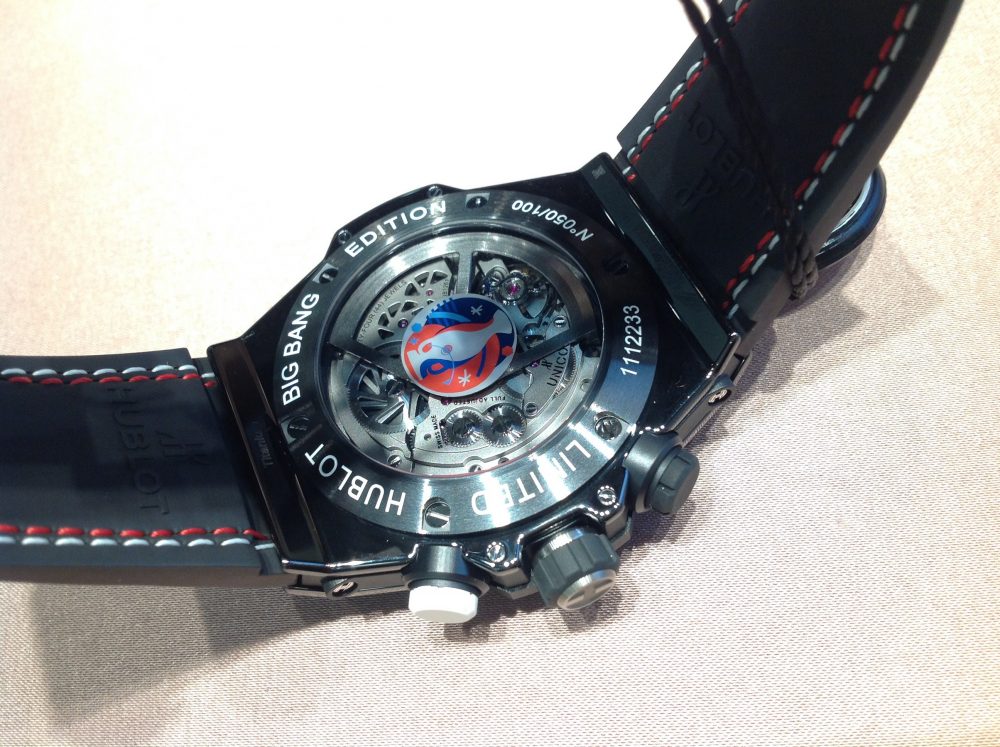 The Hublot Big Bang Unico Retrograde Chronograph Euro 2016, reference 413.CX.7123.LR.EUR16, is a limited edition of 100 pieces. Each costs €25,900 including VAT. With the watch comes a special-edition football, and a large circular case that functions as a winder.