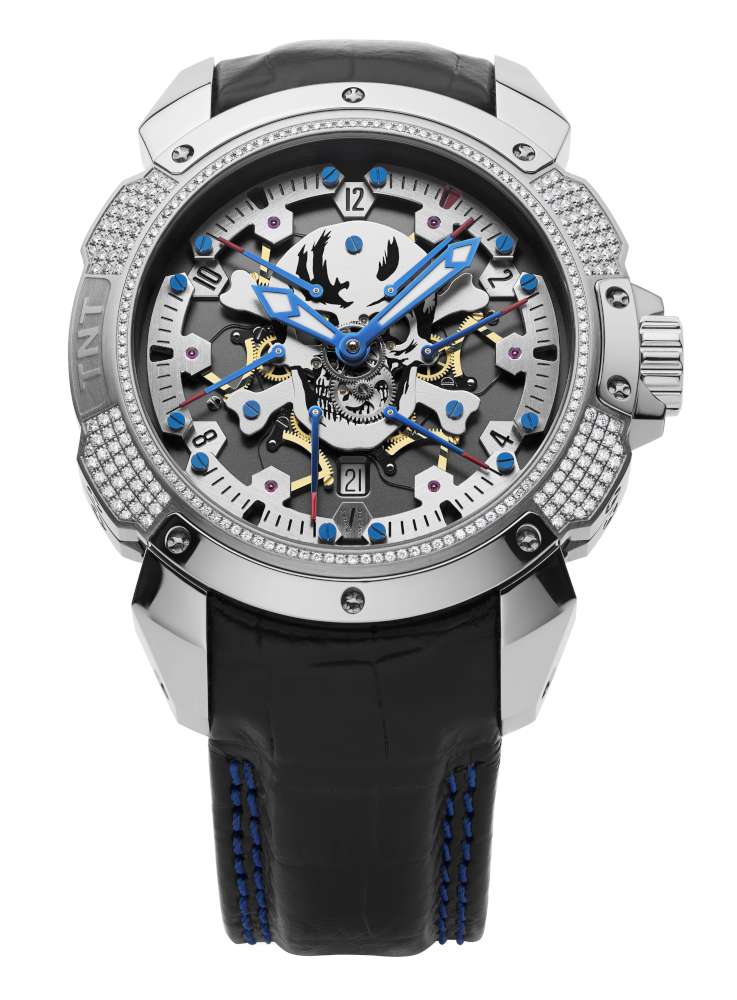 The Royal Retro movement used in watches by Pierre DeRoche gives the dial extra animated interest, with each second hand moving through a ten-second period before flicking back to zero and leaving the next to ship our fragile craft through the sea of time. In this piece, this delicate show is joined by a skull and crossbones motif, a firm favourite in watches. Why? Perhaps it is a sort of modern-day memento mori – during their victory processions or “triumphs,” Roman generals were supposedly accompanied by a companion or slave who occasionally whispered to them “memento mori,” remember you will die.

Another more elaborate version of the memento mori concept links it to another phrase, carpe diem, so that “memento mori, carpe diem” means “remember you will die, so seize the day.” The transience of our lives is difficult to accept, but time, which determines this transience, is essential for life. We find it hard to come to terms with the fact that however clever or powerful we are, time is something superior to us, something that we cannot control. What we call life lies between the time of our birth, and the time of our death, and the medium through which life flows is time…

In this piece, the skull is the central bridge and also supports the pivots for the six second hands. It is laser-engraved to provide contrasts between silvery and dark grey finish. In addition to retrograde seconds, and hour and minute hands, the watch shows the date in the customary window. The ongoing performance includes retrograde seconds hand indicators, six windows at 1, 3, 5, 7, 9 and 11 o’clock, in which a red indicator gradually moves across as the respective seconds hand moves through its ten-second arc. This function is clearer from the video below.

The case is 47.5 mm in diameter, in steel and black PVD-coated titanium, set with 240 brilliant cut diamonds, for a total of 1.1 carats. Lugs, crown-guard and screw-down crown are in steel; the watch has a sapphire caseback, and an alligator leather strap with folding clasp. Water resistance is 100 metres (10 bar).

The movement is made by Dubois Dépraz, the company that is run by CEO Pierre Dubois’s two brothers. It is self-winding, with a decorated oscillating weight. 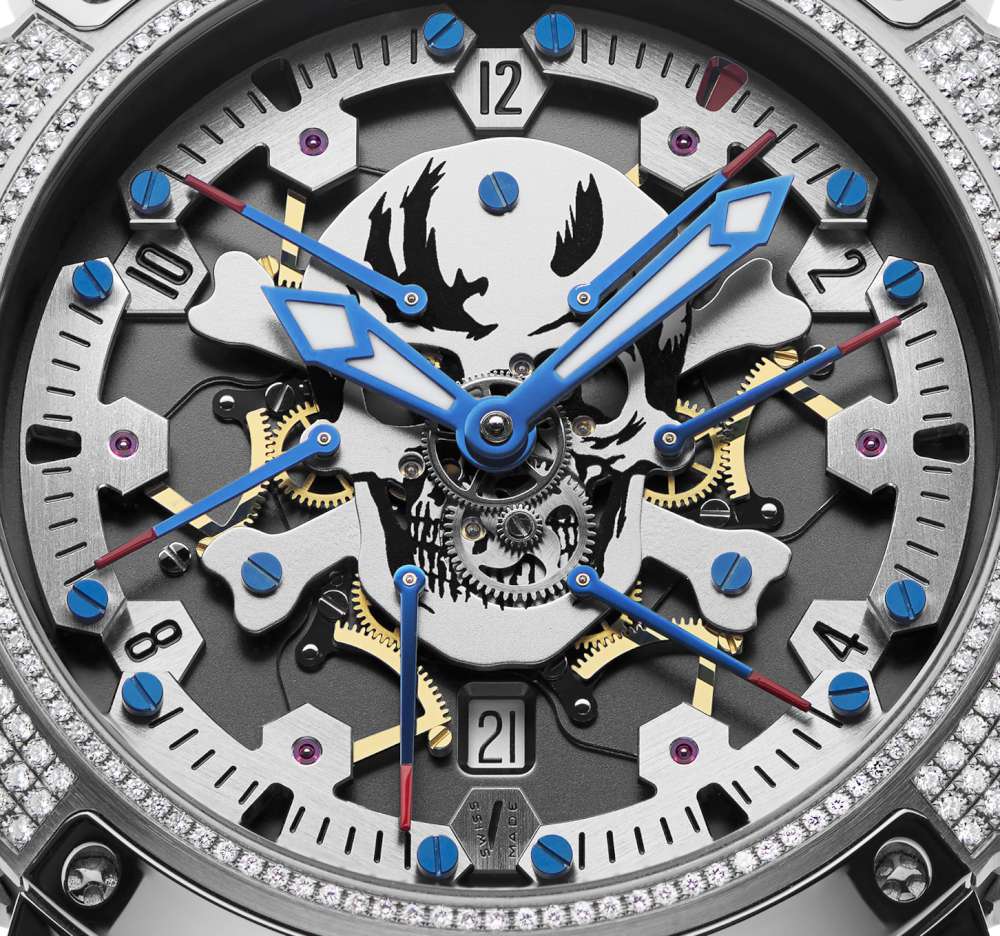 The watch is a limited edition of five pieces. Each costs 24,800 Swiss francs plus tax. More information from the Pierre DeRoche website.