Hands and hour markers with SuperLuminova 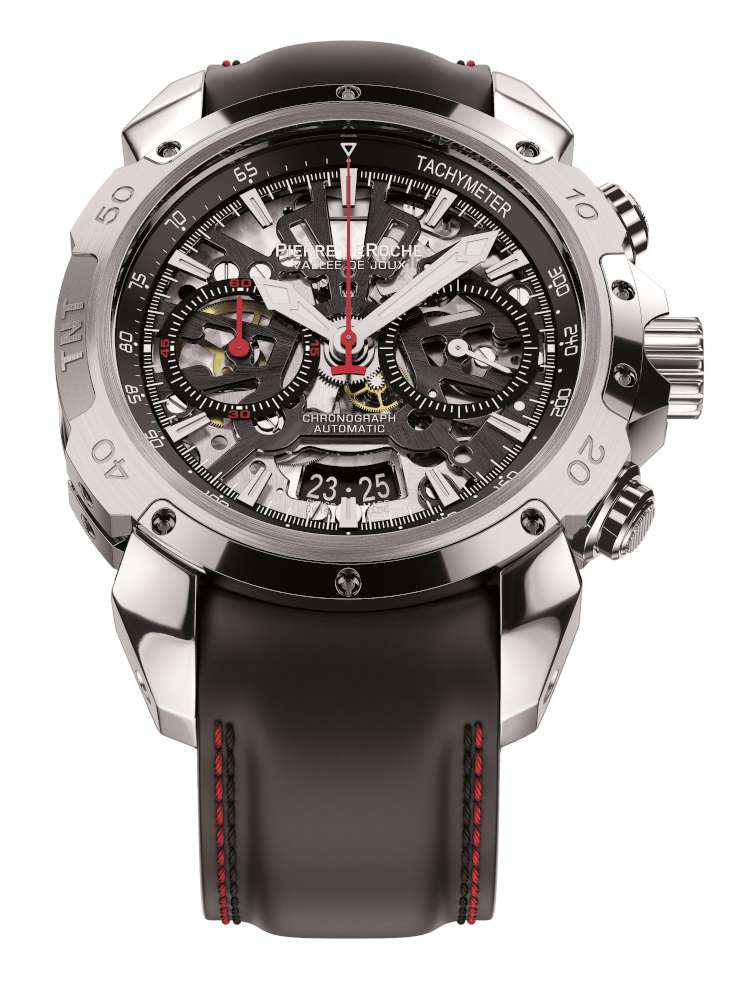 This is a watch that looks good. I love the integration between the strap and the case, and the complexity of case and bezel, in steel components assembled with visible screws, and a black PVD-finish titanium case middle. The dial continues the same tough-looking technical theme, in sapphire, skeletonized to reveal parts of the movement and bridges. The layout is logical and symmetrical, with a red central chronograph seconds hand, and the same colour used for the 60 chronograph minutes hand at 9 o’clock. The numerals in the date window are large enough to be easily visible. The watch is powered by a Dubois-Dépraz movement with 49 jewels. The sapphire caseback reveals the decorated oscillating weight. The watch has a chunky strap with contrasting red stitching. 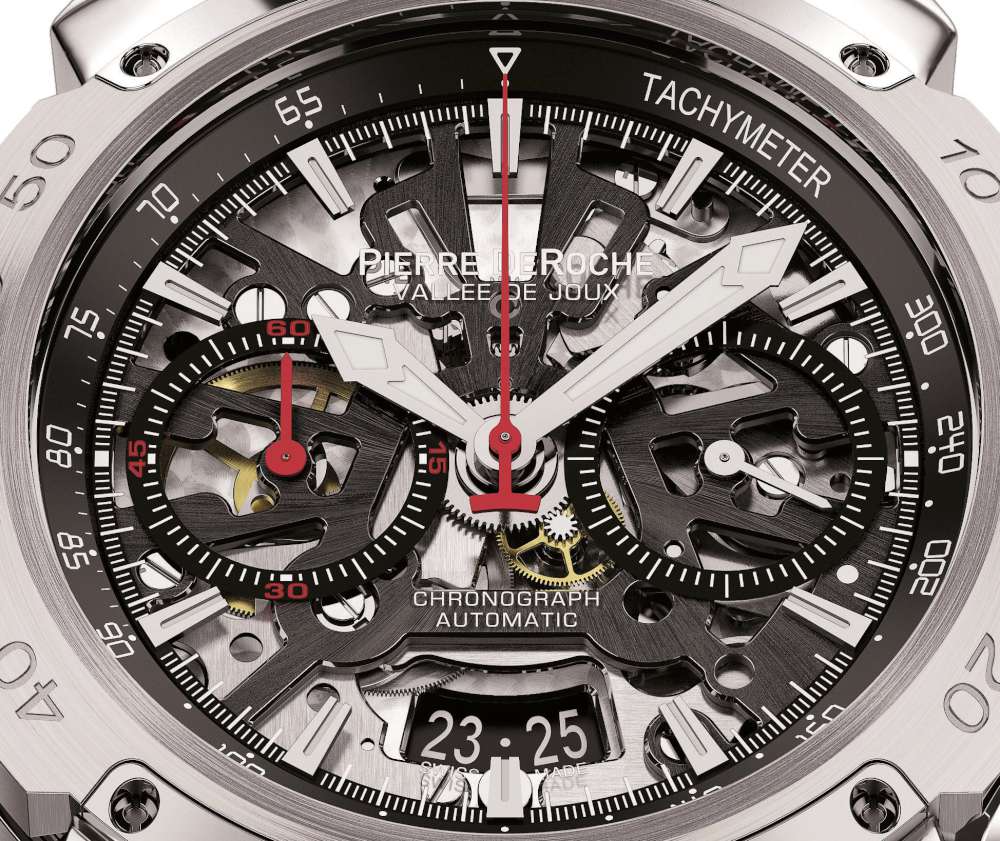 The TNT Chrono 43 by Pierre DeRoche is a chronograph better than many. But, like many chronographs, it shares a sort of indeterminacy of function, in this case chunky hour markers that obliterate parts of the fifth-seconds scale. I’m beginning to feel that the world of chronographs is divided into “real” chronographs in which you really can use the watch to the limits of its theoretical efficiency, and obtain a measure of an elapsed time accurate to eighths or tenths of seconds, and those in which you can’t really, because of the way that the scales are designed. Watches in the latter category are more scenic than technical.

I also think that some day, someone will take a hard look at chronograph watches and how they are used. A chronograph is distinctive for its subdials, right? I’ve always felt that it’s illogical that one of the subdials should be dedicated to continuous seconds, while the large central seconds hand is used for chronograph seconds. I can see why: there is more space for the fractional seconds markings around the edge of the dial than on a subdial. But one of the characteristics of modern watches is that the dial has to be as interesting and animated as possible, so why not reserve the subdials exclusively for the chronograph functions, and use the large central seconds hand for continuous seconds so that there is something going on all the time? Putting continuous seconds on a subdial makes it almost imperceptible. Of course, if chronograph seconds were on a subdial, you wouldn’t be able to measure fractions of seconds, but nowadays people don’t need fractions of seconds when their chronograph is used for timing their morning run or their boiled egg. And in any case, it would be far more spectacular to have a separate tenths-of-second subdial, so that the classical tricompax layout would become tenths of seconds, seconds and minutes, all for the chronograph function. Or an IWC-type subdial with analogue chronograph minutes and hour hands, and two other subdials for tenths of seconds and seconds. 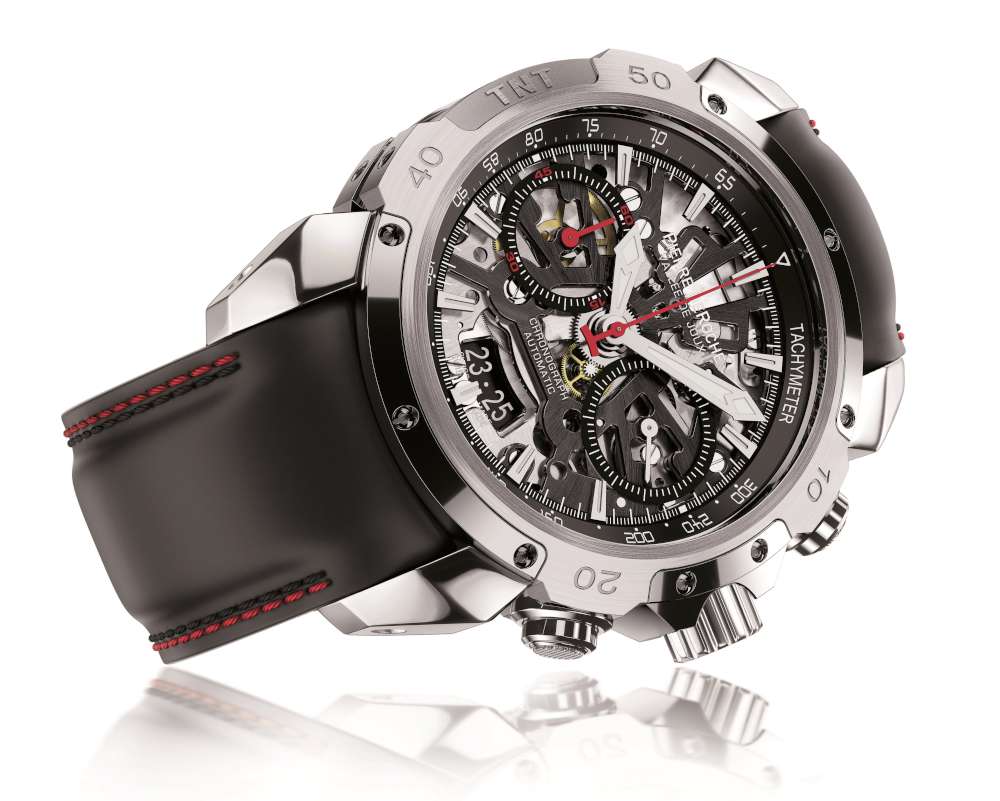