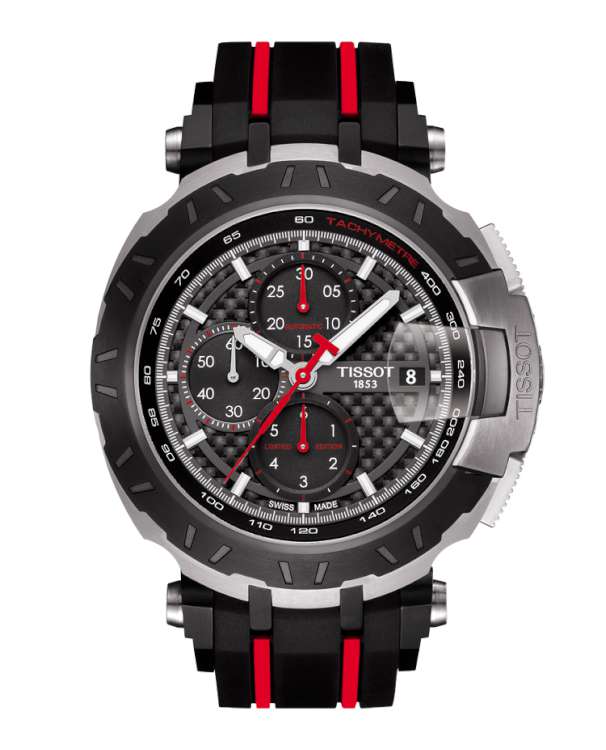 Tissot makes a version of its T-Race MotoGP Automatic every year, and this year’s is very similar to the 2015 edition. The major difference is in the seconds scale at the outer edge of the dial, re-worked to provide a complete, uninterrupted sequence of one-fifth seconds, enabling readings to be taken to the maximum precision possible offered by the movement. The hour markers are just inside this scale. It seems like a totally logical arrangement, but surprisingly many chronographs are not built in this way and have hour markers that obscure parts of the seconds scale (as in the Pierre DeRoche TNT Chrono 43 to mention just one). 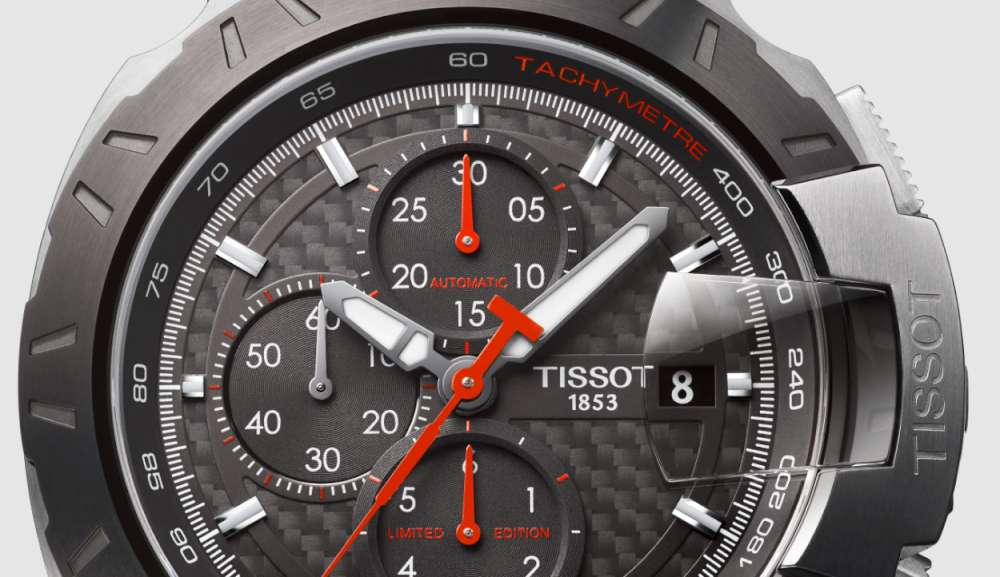 The watch is all about motorbikes, with a dial resembling a bike dashboard, a black PVD-coated steel bezel whose finish suggests a brake disc, a brake caliper-type assembly on the right-hand side, tyre tread on the back of the strap, and a rear suspension component in the rod that attaches the strap to the case. The dial has a carbon finish and anthracite details, with red hands for the chronograph function, and large chunky hour and minutes hands.

The caseback has a display window, with a wheel-spoked frame. You can see the personalized oscillating weight and the ETA C01.211 self-winding movement that provides 45 hours power reserve. The movement was introduced in 2009, based on the Lemania 5100. It runs at 28,800 vibrations per hour (4 Hertz) and so the use of a fifth-second scale is not entirely logical, though certainly the most practical layout. Its 184 components include some plastic parts in the escapement, which, considering today’s technology, is not detrimental in itself, but nonetheless causes the movement to be used only in Swatch Group’s lowest-priced tier of watches. The movement was used in a 2009 Swatch, the Swatch Automatic Chrono in the Irony collection, probably the lowest-priced Swiss automatic chronograph watch ever made in recent years at about $380. 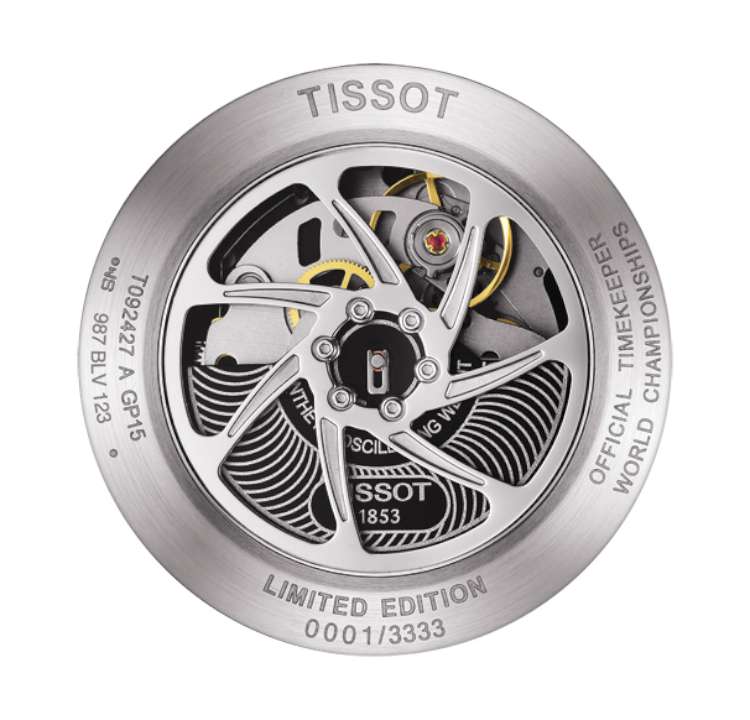 The watch is fairly large with a case that is 45 mm from top to bottom and a total width of 47.25 mm, 16 mm thickness. It is made in stainless steel with details in black PVD coating. The black rubber strap has the two sporty red lines, and a push-button clasp. The case has a water resistance of 10 bar, 100 metres. The watch is supplied in a helmet-style case. 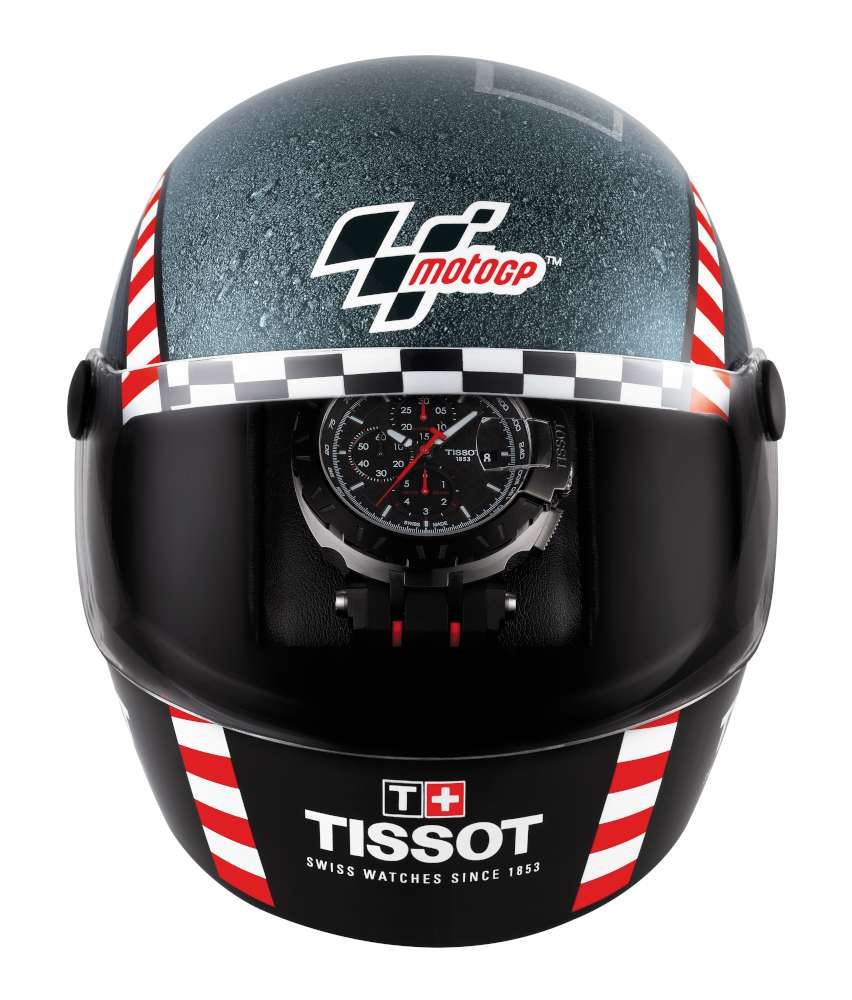 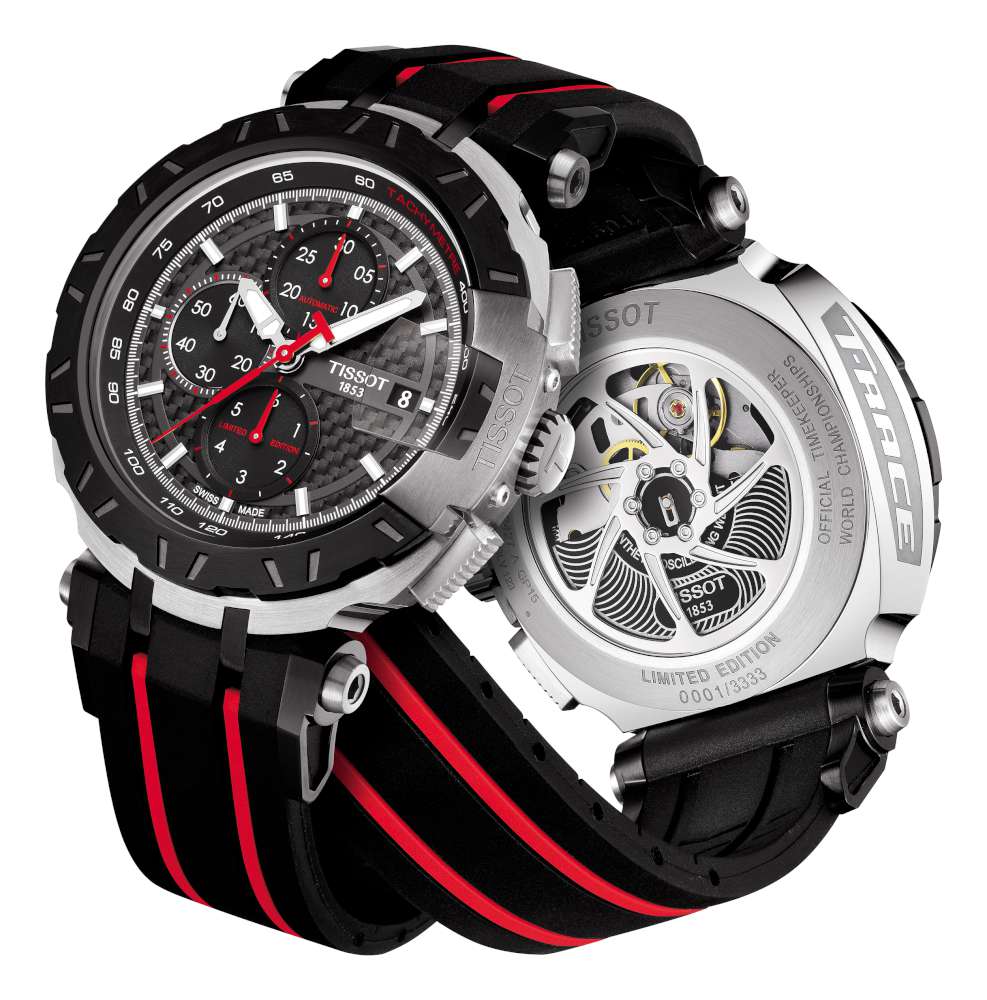