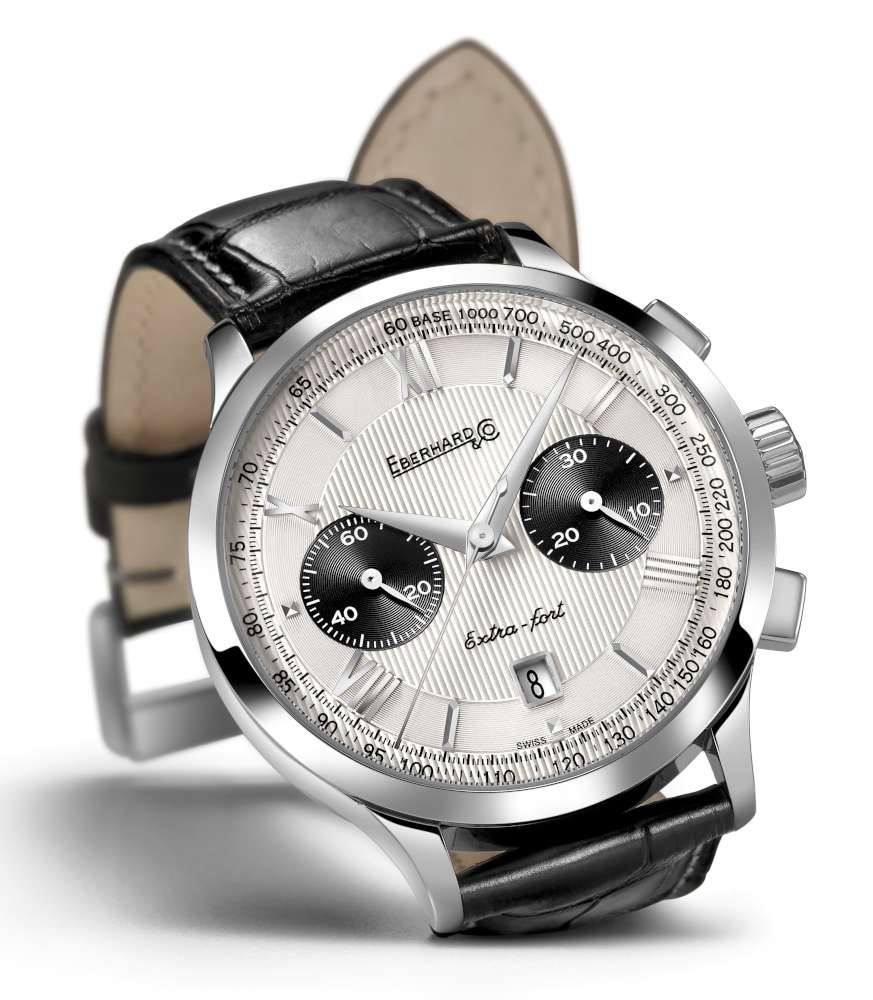 Eberhard & Co. first presented the Extra-Fort chronograph in the 1950s, when watch sizes were smaller than today. This is reflected by the name of this piece, Grande Taille. This year, four new dial variants for the Eberhard & Co. Extra-Fort Grande Taille have been presented, all with “frappé” finishing (I think that this refers to the printed vertically-ribbed texture and the different depths for the subdials and hour indices ring) and snailed counters. The versions are: silver with silver counters, blue with silver counters, grey with grey counters, and silver with black counters. (In the photo above, reference 31953.7). 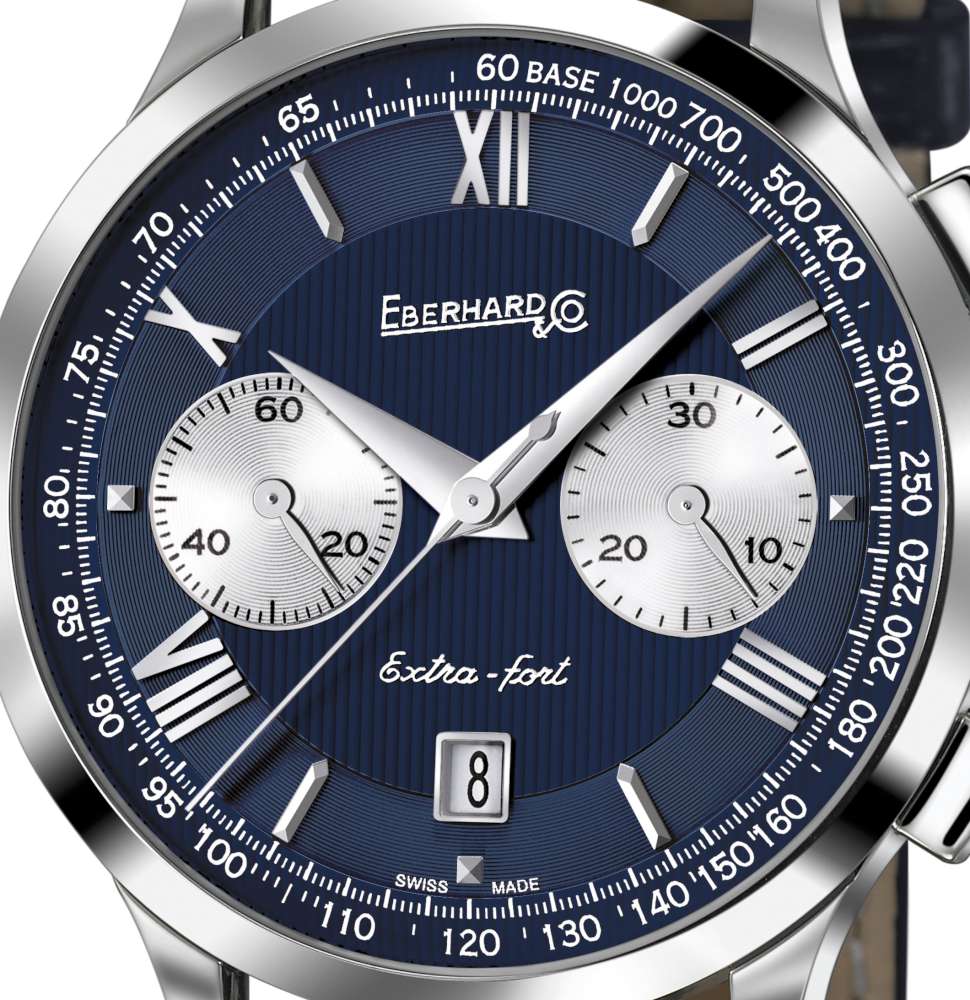 All versions have a 41mm case in steel, with steel caseback, water resistance 50 metres. It can be used in the shower or in the water, but not for diving. In any case, it’s important not to unscrew the crown or use the chronograph pushers when the watch is wet or in the water. The dial has applied indices and Roman numerals. The seconds scale has one-fifth second divisions, and they are all clearly visible – i.e. not obstructed by the hour indices or the date window as is the case in all too many chronographs. In the photo below, reference 31953.4. 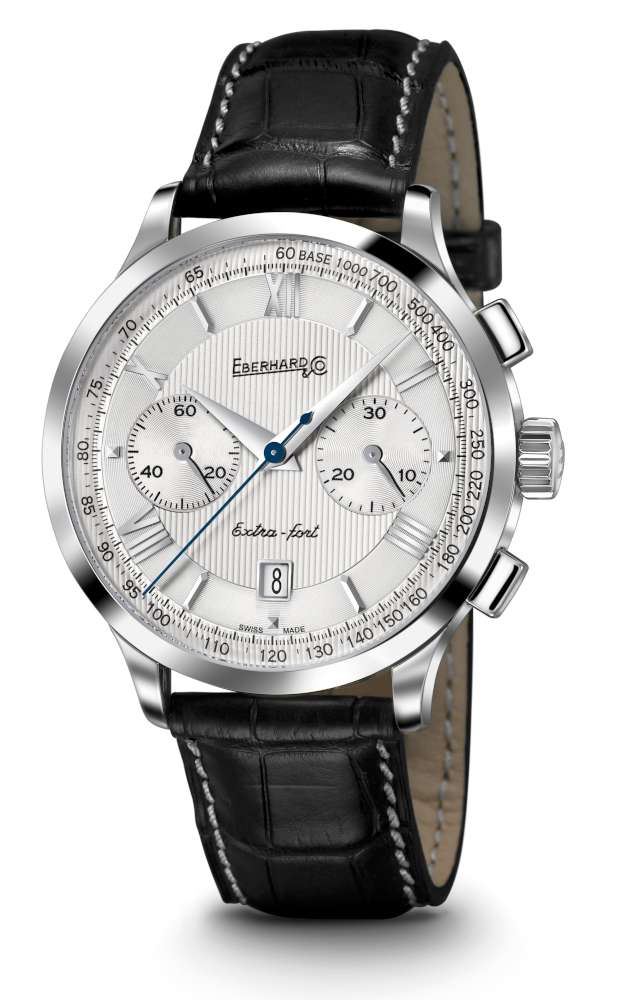 The watch is mounted on an alligator strap or a “Chalin” steel bracelet. Inside the case is a mechanical self-winding based on the ETA 7750, a classic chronograph calibre first introduced by Valjoux in July 1974, at about the same time that the Japanese were building the first quartz chronograph watches. The quartz crisis led to a complete halt in production of the 7750 in 1975; it only recommenced in 1985 when demand for mechanical watches picked up again. It runs at 28,800 vibrations per hour (4 Hertz) and so its theoretical maximum precision is one-eighth of a second. Power reserve is about 44 hours. The movement provides both 30-minute and 12-hour chronograph output, and so in this piece Eberhard & Co. deliberately chose to forego the 12-hour subdial. In the photo below, reference 31953.5. 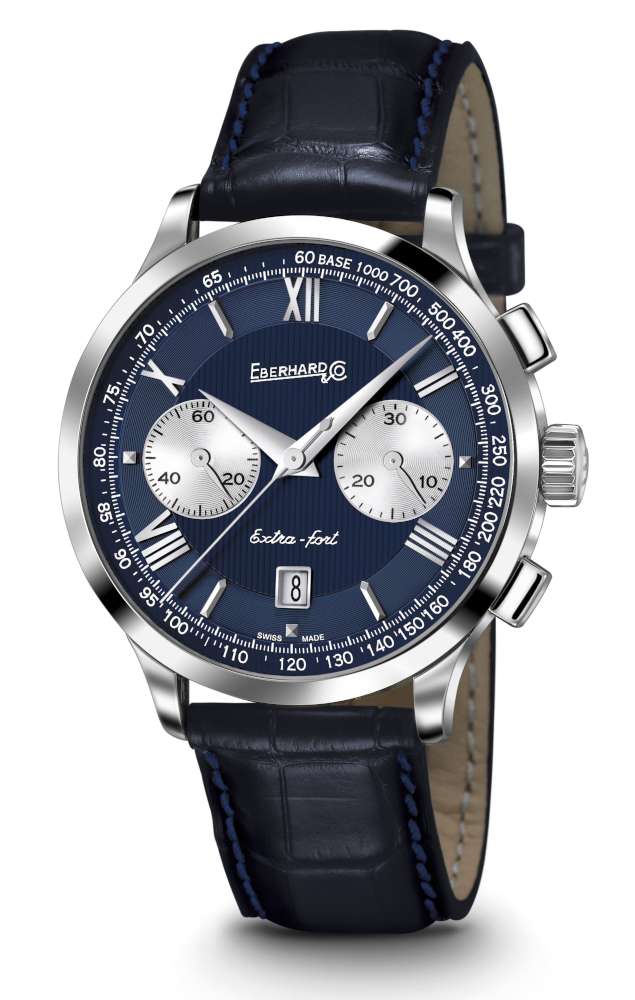 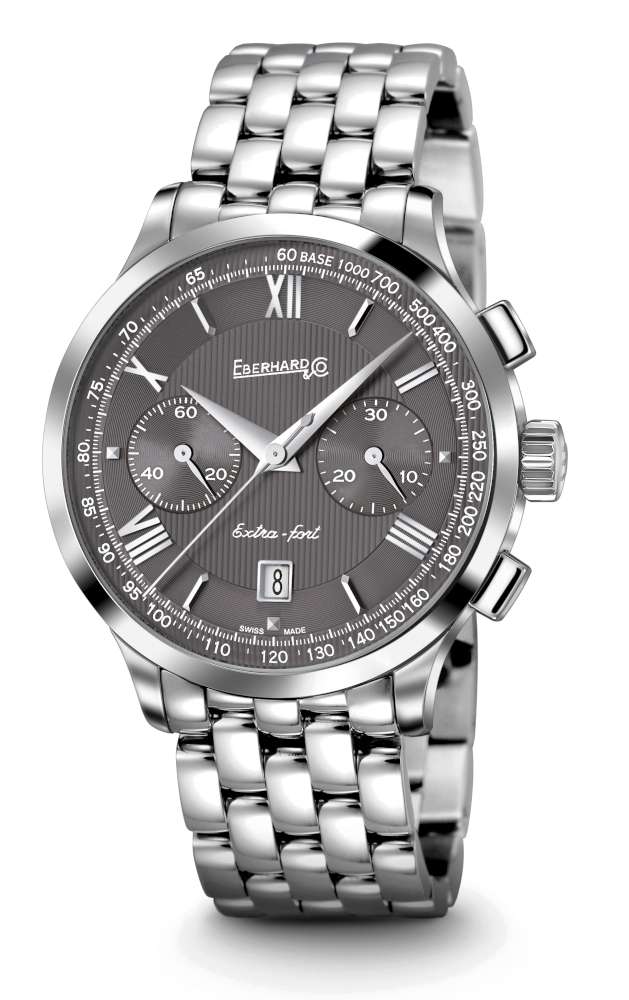 In the photo below, the caseback, fixed with six visible screws. 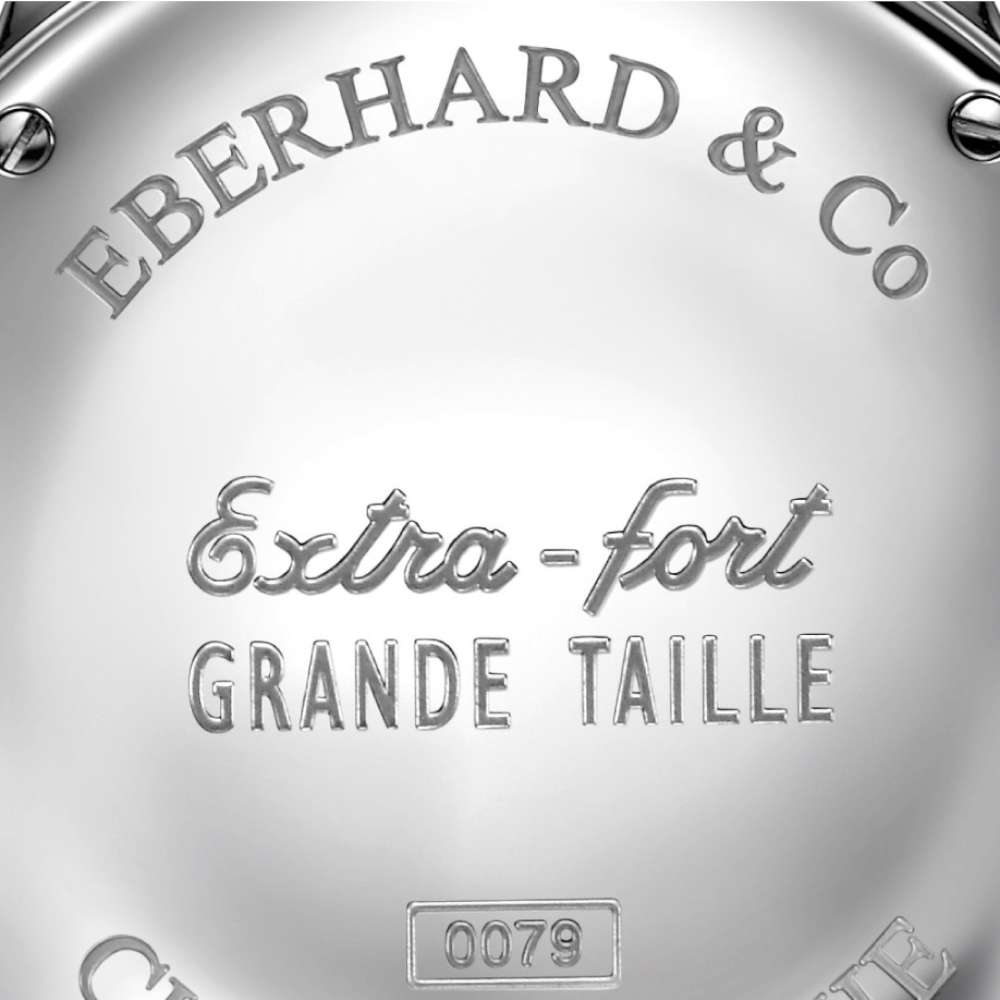 Price of the Extra-Fort Grande Taille