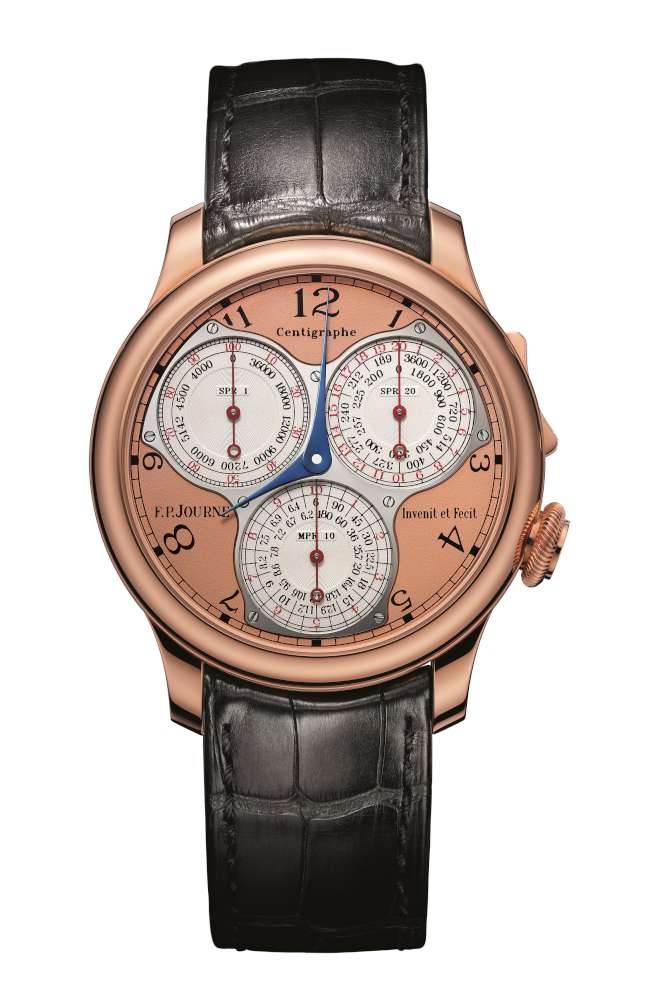 The F.P. Journe Centigraphe Souverain is an unusual watch because it is one of the very few chronographs that has – in my opinion – a logical dial layout. I have always felt that it’s illogical that in the usual chronograph layout, one of the subdials should be dedicated to continuous seconds, while the large central seconds hand is used for chronograph seconds. I can see why: there is more space for the fractional seconds markings around the edge of the dial than on a subdial. In this watch, launched back in 2007, F.P. Journe shows that a different chronograph layout is possible.

The Centigraphe Souverain has three subdials that take up most of the space on the dial. The case is not large, a comfortable 40 mm in diameter, 10.7 mm thick. The top-left dial measures hundredths of seconds, and so the hand whips around very fast, at one revolution per second, as shown by the abbreviation SPR 1, seconds per revolution 1 (Monsieur Journe probably says it in French). All hundred scale divisions are there, and in addition, there is a tachymeter scale so that if you are on a spacecraft going at 37,000 km/hour and there are two markers conveniently placed a kilometre apart, you could measure your speed. The top right scale measures 20 seconds per revolution, and so the tachymeter scale is for flying and sports cars, from 3,600 to 189 km/h, and the bottom scale measures ten minutes per revolution, so with tachymeter scale spanning from 180 to 5 km/h. 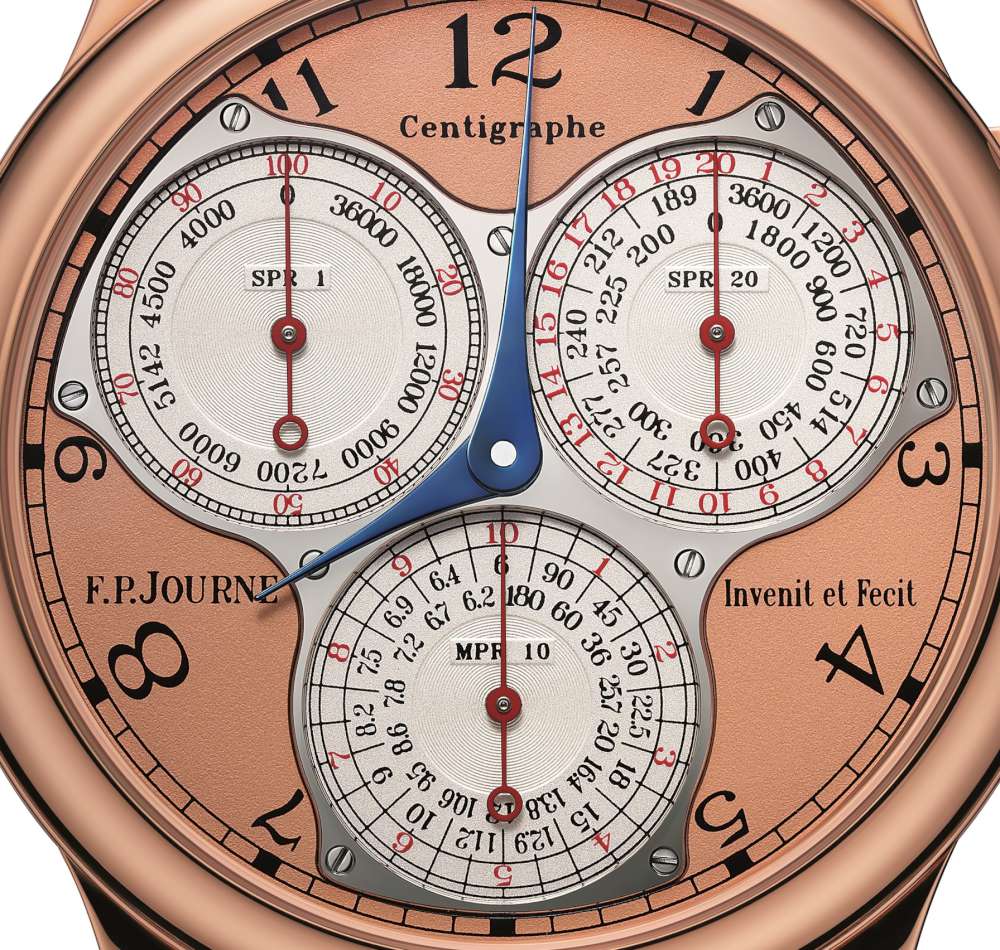 So it looks like François-Paul designed the dial thinking specifically about the tachymeter readings, so that all speeds are covered from 36,000 km/h down to 6 km/h. An alternative layout could have been to provide a longer range of elapsed times, with hundredths of seconds on the left-hand subdial, and then a 60-second counter, and a 30 or 60 minute counter.

Mr. Journe also considered the ergonomics of operating a chronograph. Instead of two pushers, the chronograph is started, stopped and reset by means of a rocker button, a patented design, 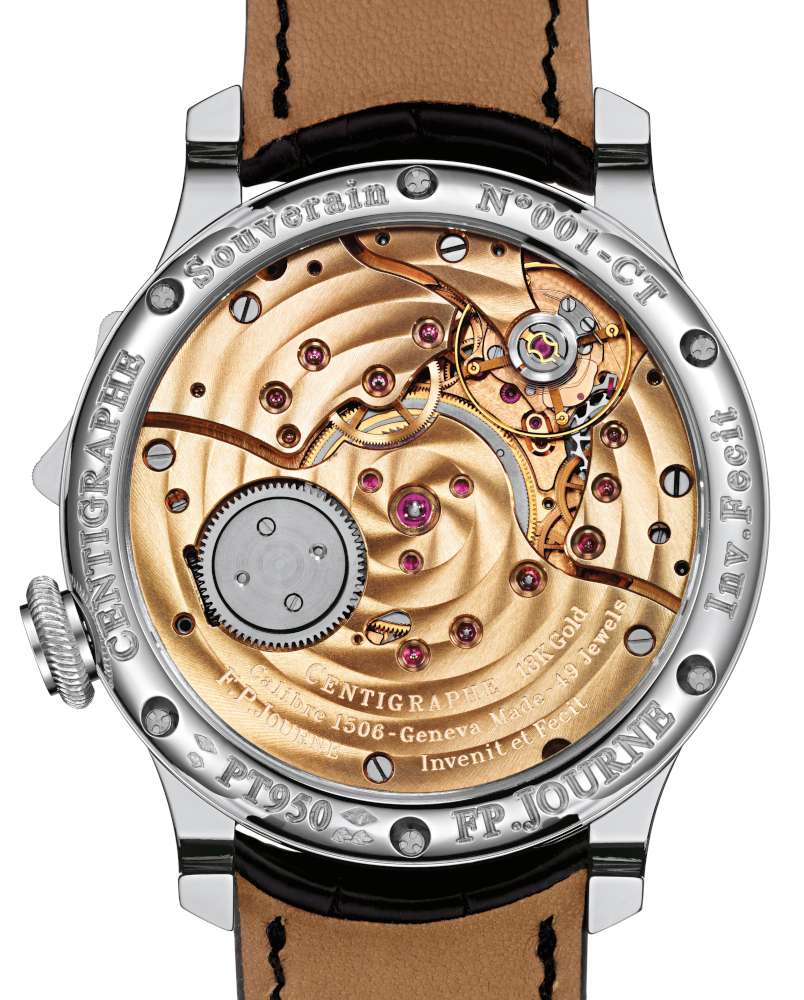 Curiously this watch runs at 3 Hertz, 21,600 vibrations per hour, 6 vibrations per second. How did F.P. Journe enable readings of 1/100th of a second possible? The 1/100th second hand can in fact be stopped at any position during its one-second journey around the dial. When the pusher is pressed, the pinion is disengaged and braked. The video below (made 8 years ago – as can be seen) seems to show that the 1/100th second hand does not have an entirely smooth rotation. Perhaps it gets propelled around the subdial with a series of kicks at one-sixth second intervals.

It’s an innovative watch and it won a prize at the GPHG awards in 2008. Francçois-Paul Journe himself describes how the watch came into existence. “For the creation of the Centigraphe, things happened slightly differently than for other creations. I met Jean Todt through the ICM Foundation, and during the course of our meetings we discussed the ideal chronograph for the world of car racing. Research I carried out over 15 years ago for the creation of an exponential chronograph quickly showed me that a chronograph with 3 hands revolving at different speeds was a good starting base. I followed up with research on chronograph pushers, on questions of the balance of power in the movement, requirements, and energy loss, and I made use of a patent registered for the Sonnerie Souveraine. I patented two additional innovations concerning motricity. I am proud that Jean Todt has agreed to be the Centigraphe’s Godfather.” In the photo below, François-Paul Journe and Jean Todt at the 2008 GPHG prizegiving. 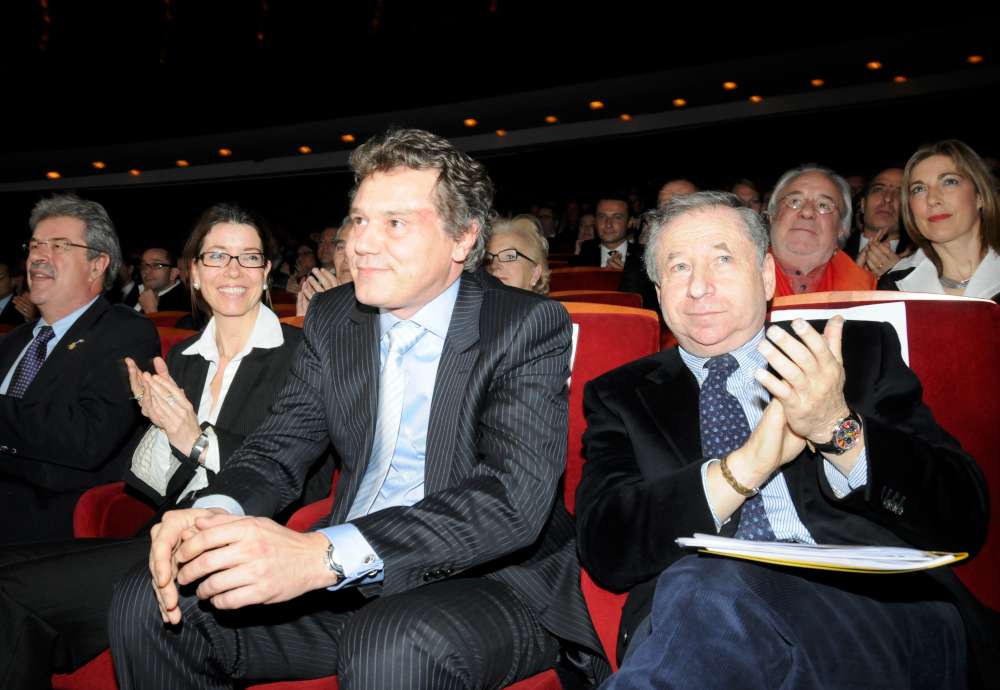 The Centigraphe Souverain has another important function: sales of the watch support medical research performed by the Institute of Brain and Spinal Cord (ICM) in Paris, engaged in research on brain and spinal cord diseases such as Alzheimer’s, Parkinson’s, and Multiple Sclerosis. François-Paul Journe is committed to donating 30% of the profits from the sale of each Centigraphe to ICM,