The video is of a clock in Schiphol airport, Amsterdam. It’s a video that took 12 hours to film, and it lasts 12 hours. It shows a cleaner who every minute cleans away the minute hand, and then paints on another minute hand, a minute further around the dial. Every 60 minutes he has to be quicker because he has to clean and repaint the hour hand as well.

It’s a design by Maarten Baas, who has created several other Real Time Clocks. He says, “The Real Time Schiphol Clock is basically a big box hanging from the ceiling in Lounge 2. For this work I decided on the most archetypical form of a clock, but it has a ladder going up to it and a little door that you wouldn’t even notice at first glance.”

It’s a neat concept that confirms that the Dutch have an extra gear when it comes to design. It’s also quite a feat: I wonder whether the man doing the cleaning and the painting had someone there to remind him of which minute he had to paint. And whether it really was made real time all the way through for 12 hours. If so, that’s a lot of power reserve on his part. 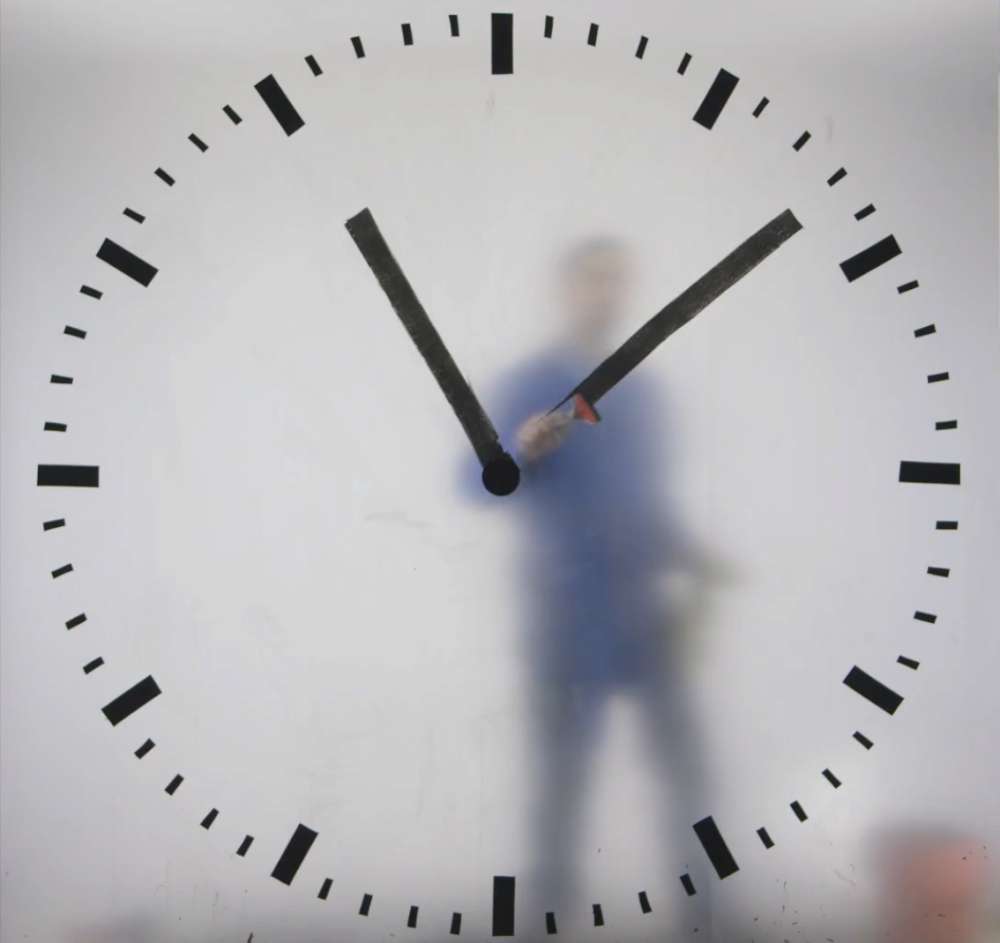 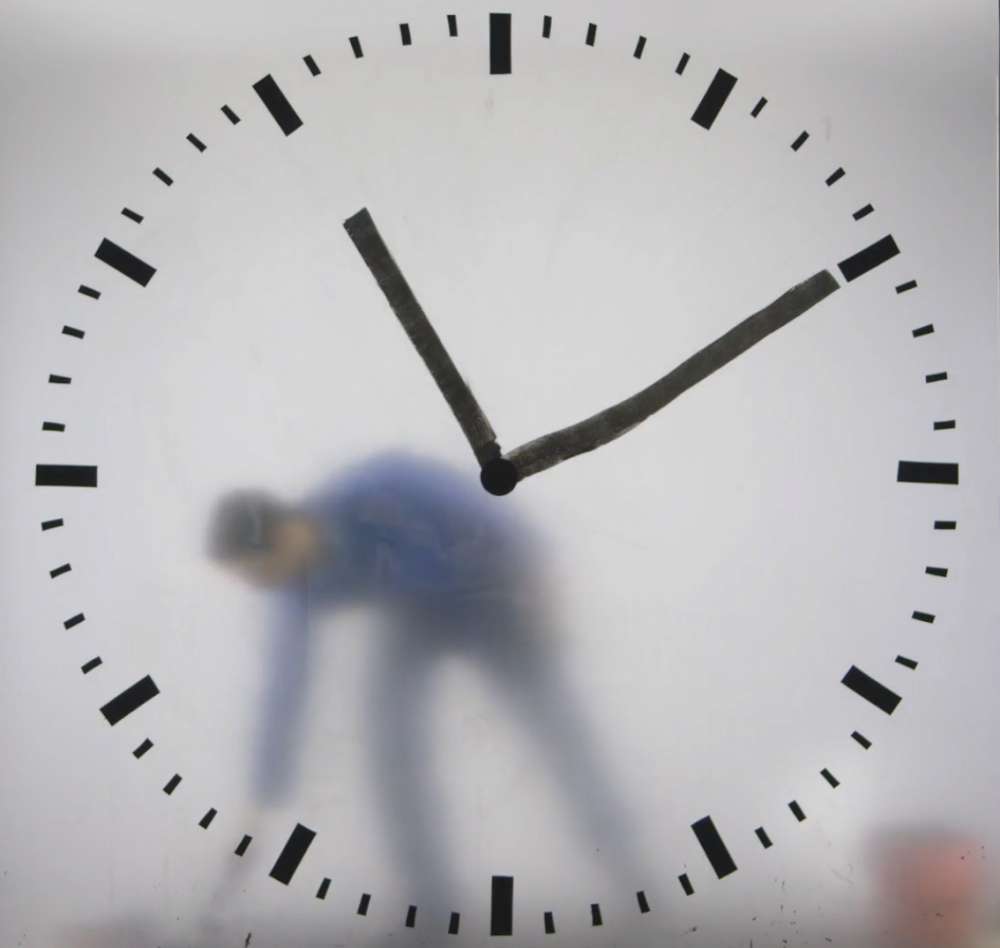 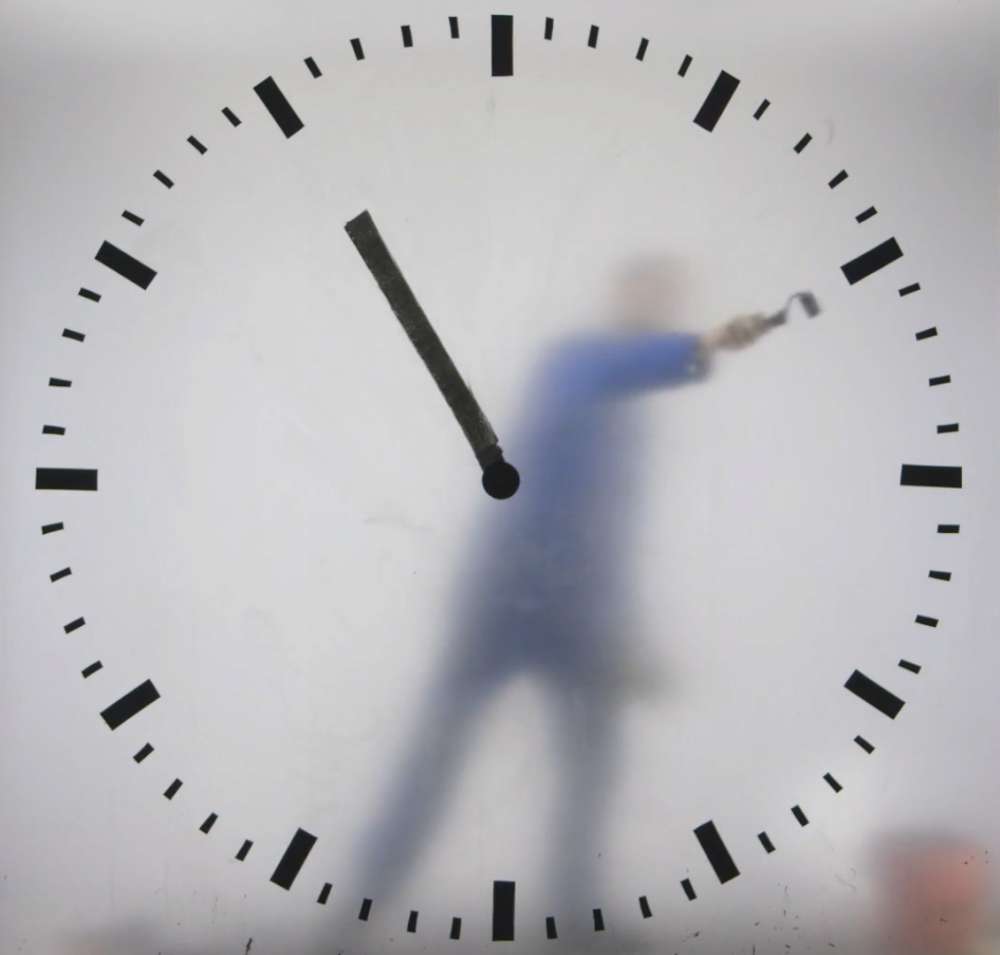