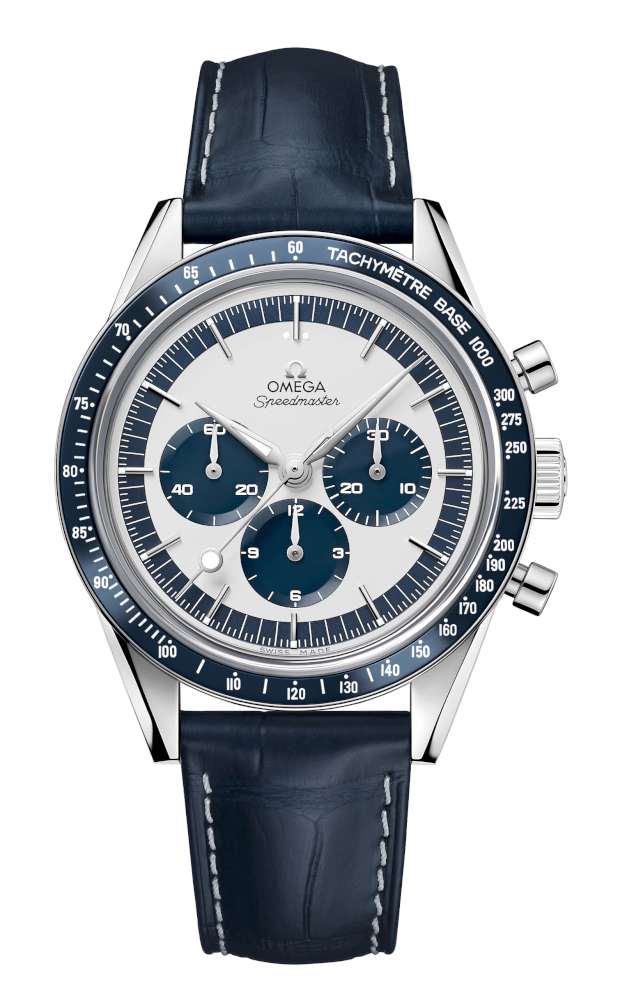 The Omega Speedmaster CK 2998 is a limited-edition watch designed for collectors, like last year’s Silver Snoopy. It is a remake of the 1959 CK 2998, which was the second generation of the Speedmaster introduced in 1957. The original CK 2998 became the first of Omega’s long association with space, when Wally Schirra wore it for Sigma 7, America’s fifth manned space mission and third orbital flight. 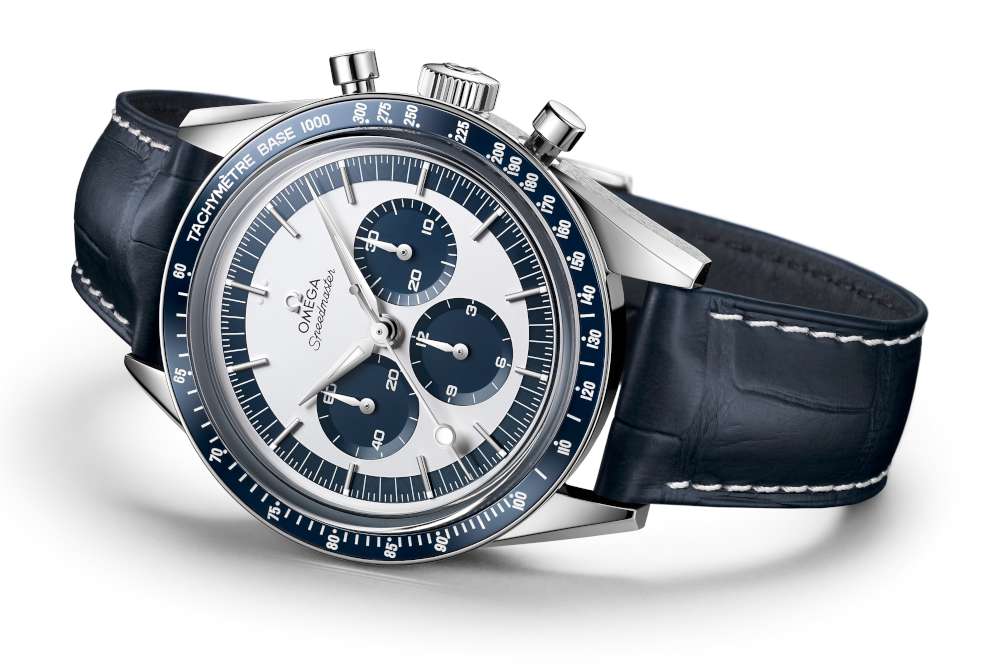 The original CK 2998 had a black dial and a black bezel. The new version is very similar in all respects, except that the black has been replaced by a fashionable blue, with blue ZrO2 ceramic bezel, and a blue strap. Other differences are the “lollipop” chronograph seconds hand, and the Omega logo that is applied rather than printed. The tachymeter scale has SuperLuminova for more interesting looks in the dark. 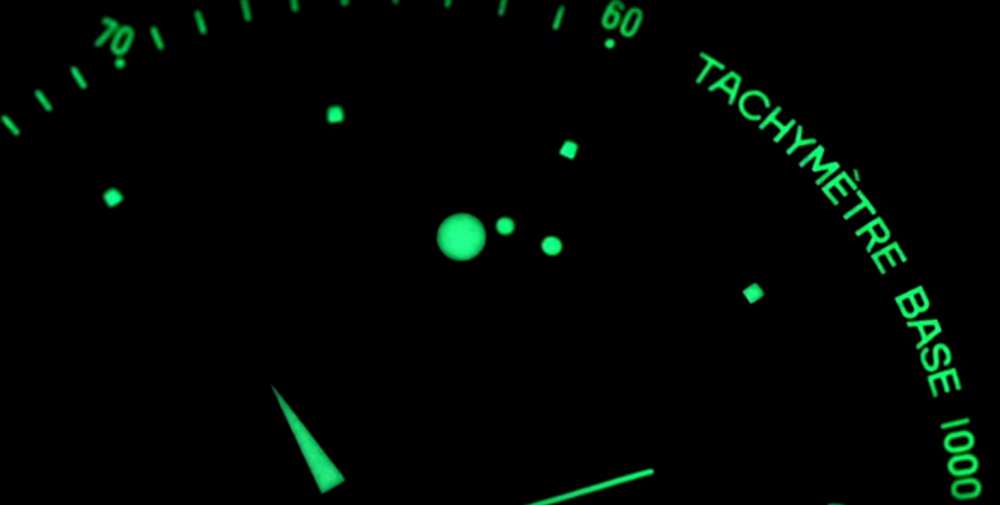 The case is 39.7 mm in diameter and 14.37 mm thick, so suitable for just about all wrist sizes. The solid caseback has a depiction of the seahorse, a symbol of the Speedmaster watch. Water resistance is 5 bar/50 metres. 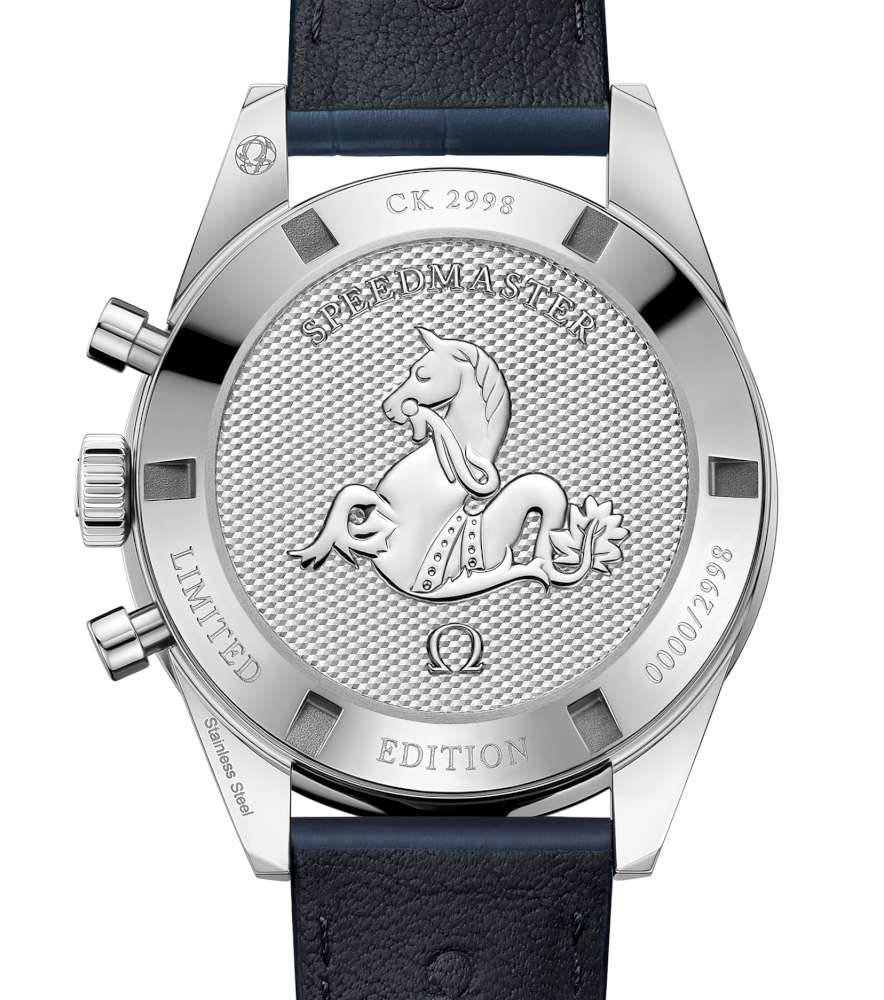 The movement is the hand-wound calibre 1861, a tried and tested movement based on a Lemania calibre, famous for having been used in the original Moonwatch. It runs at 21,600 vibrations per hour (3 Hertz) with a power reserve of 48 hours. It is not a column-wheel chronograph movement, but uses a shuttle-cam layout to control chronograph operation. 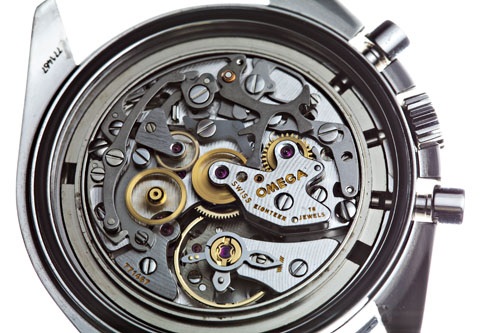 The Omega Speedmaster Moonwatch CK 2998, reference 311.33.40.30.02.001, is a limited edition of 2,998 pieces. The edition number is engraved on the caseback. Each costs €5,400, 5,400 Swiss francs. It will be available in boutiques from July 2016. Evidently it’s a piece that has instils confidence in retailers: Omega reported that sell-in (orders from retailers) was complete after Baselworld in March. Sell-out (purchases by final customers) of course remains to be seen. 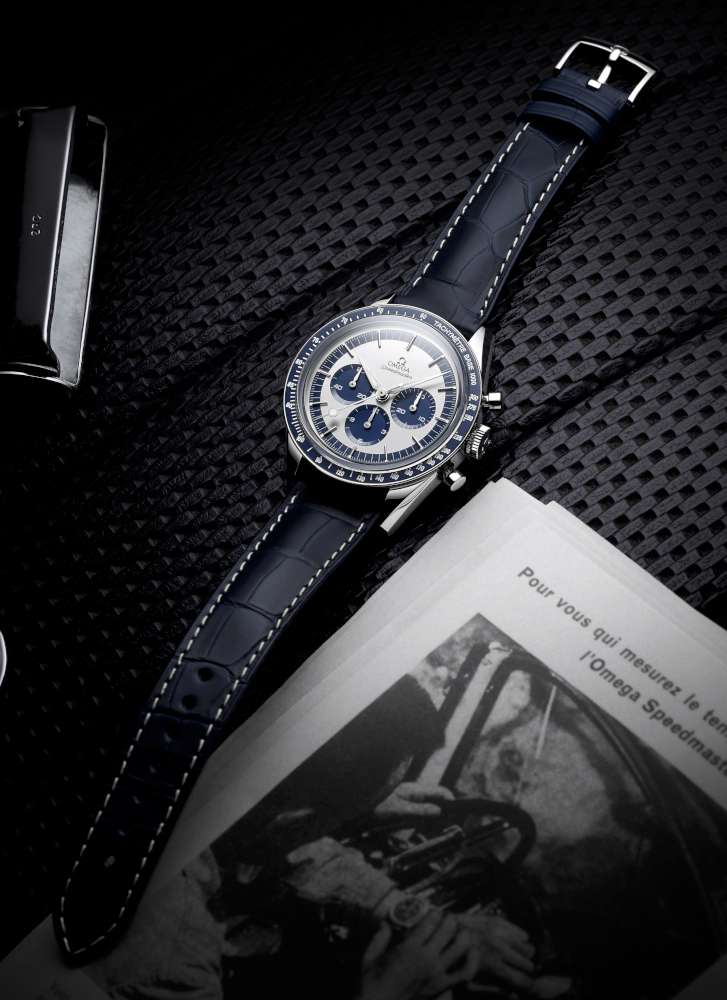