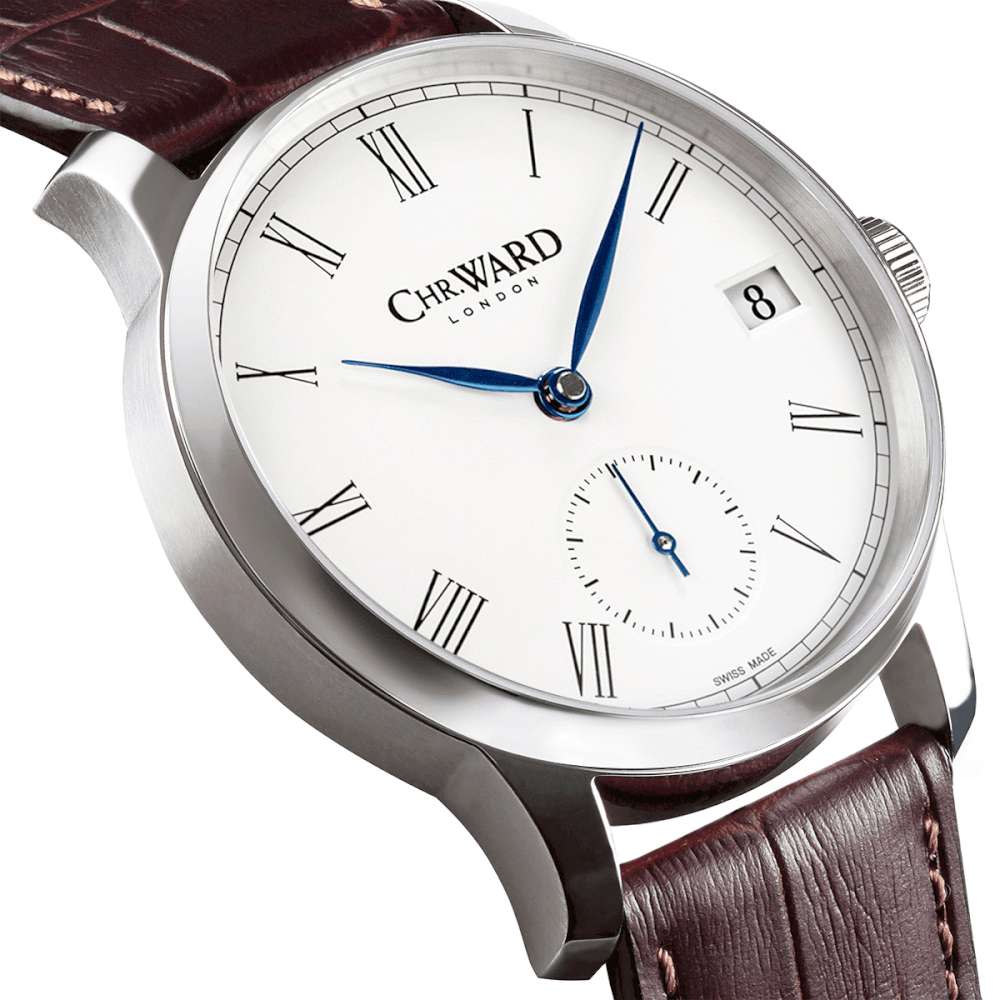 The return of British watchmaking?

Contemporary British watchmakers are ever tormented by the fact that their country was once a horological powerhouse. People like George Graham, Edward John Dent, John Arnold, Thomas Tompion, John Harrison and Thomas Mudge were amongst the finest clock and watchmakers of their day, working on the problem of increasing the accuracy of ship’s clocks to assist accurate navigation as Britain’s ships developed their global trading mastery. We’re talking about the 1700s and 1800s. Mudge invented the lever escapement in 1755, and it is still a fundamental part of most watches even today. From the late 1800s British watchmaking declined while Switzerland became a supplier to the entire world.

Today there are a few British brands whose ambition is to put the country back on the watchmaking map, brands such as Bremont, Pinion and Schofield. The problem is that making a new movement on an industrial scale is a mammoth task and one that is only feasible for brands that have all watchmaking skills in-house – grouped together in a so-called “manufacture” – so names such as Rolex, Patek Philippe, Audemars Piguet, Blancpain, Cartier, Jaeger-LeCoultre and so forth. It’s much easier to simply specify a case design to a case manufacturer and purchase a ready-made movement from ETA, Sellita, Soprod or Miyota. And this is what most brands, all over the world, do. More often than not, watch manufacturing is simply assembling sub-units made by a whole series of external suppliers.

Christopher Ward and the SH21 movement

Christopher Ward is a brand that has the same dream of a British watch industry, and it has gone further than most in achieving it. Its calibre SH21 was designed by German watchmaker Johannes Jahnke and built by Synergies Horlogères, based in Biel/Bienne, a company with which Christopher Ward merged in July 2014. SH21 follows a series of calibres that are based on existing movements that are modified to provide different functions. Its development took almost five years, from late 2009, but the result is surprising. It provides 120 hours power reserve – five days. This is an exceptional feature, achieved through two mainspring barrels connected in series. It couldn’t be described as a truly “manufacture” movement, because the components are made by nine suppliers, amongst which Synergies Horlogères. And it isn’t built in the UK. But it enables Christopher Ward to envisage independence from Swiss giant ETA and perhaps even supplying other brands with its own movements. Christopher Ward himself said, “The launch of our first in-house movement, which is perhaps the most important development for a British watch brand for 50 years, tops out our first ten years perfectly. Having also merged with our long-time supplier, Synergies Horlogères, we now have the perfect platform to make Christopher Ward’s second decade even more innovative and exciting than the first. I can hardly wait!” 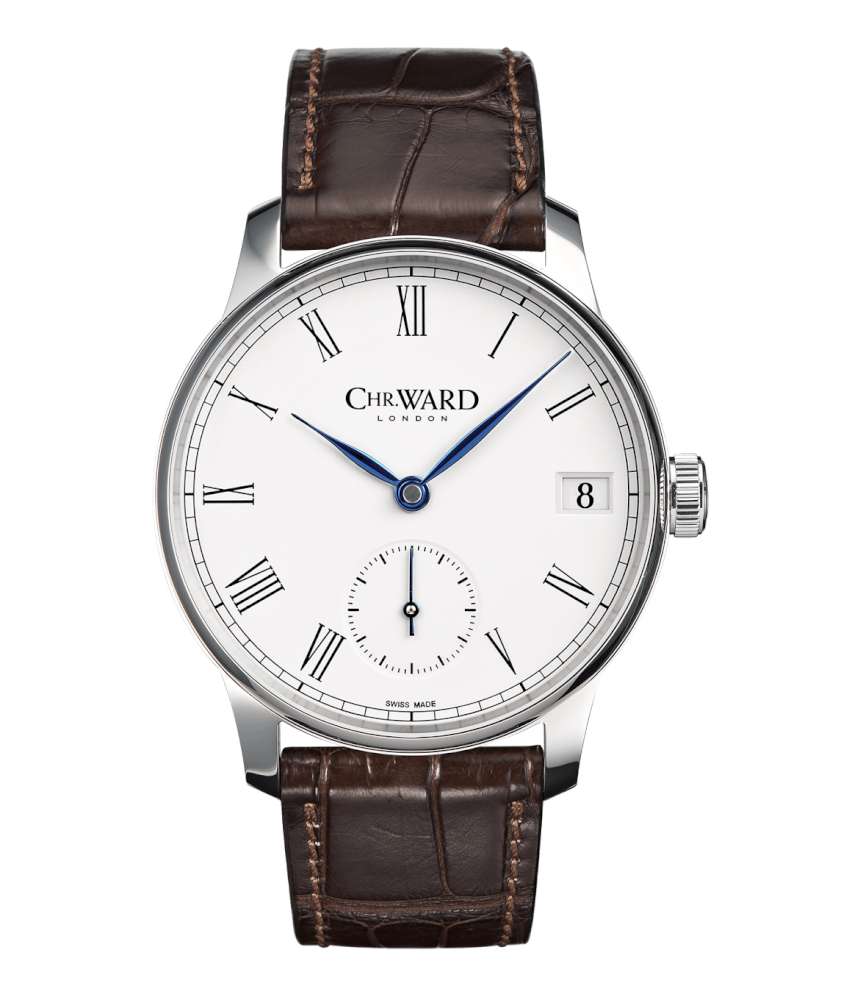 Visually, the C9 Small Seconds is based on classic pocket watches, with small seconds on a subdial at 6 o’clock. It is 40 mm in diameter and 12.2 mm thick, in stainless steel, with white dial printed with Roman numerals and railroad minutes scale. The look is reminiscent of marine chronometers, a style that passed to the early pocket watches, and then to wristwatches. The surprise comes when you turn the watch over and see the beautiful movement, a hand-wound version of the SH21, with parts of the two barrels in view, and the balance. I personally love movements with large areas of carefully finished metal (other examples are Panerai and IWC) and the design of this piece is particularly attractive. 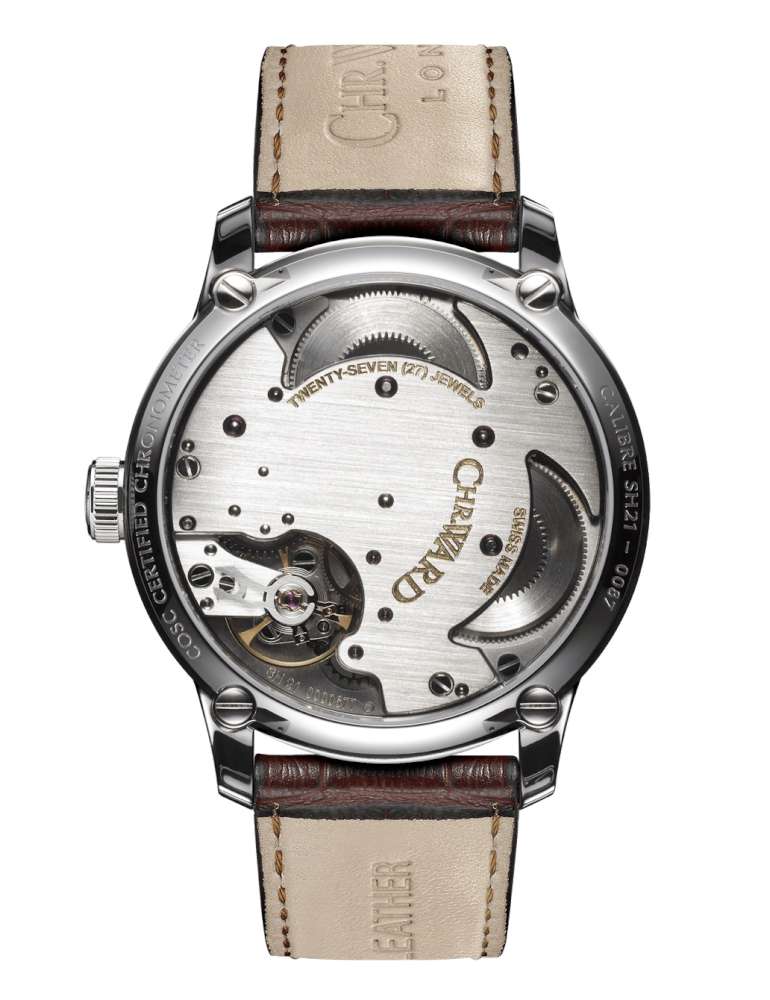 The movement is wound using the crown in its base position. Winding a watch is one of those things that becomes a pleasant habit, and a watch like this makes it even more pleasing because you get a sense of the torque and power in the timepiece while you wind it: it’s more resistant. Perhaps some time in the future, Christopher Ward will add a power reserve indicator somewhere: while this feature is pretty much redundant in an automatic watch, it’s very useful for a hand-wound. As the movement is modular in construction, with 164 parts assembled in a series of individual units that are then brought together, it is perfect as a base onto which extra modules can be added for extra functionality, the same concept used by Glashütte Original in their new Calibre 36. The SH21 is COSC-certified, so its precision has a maximum deviation of -4/+6 seconds per day. 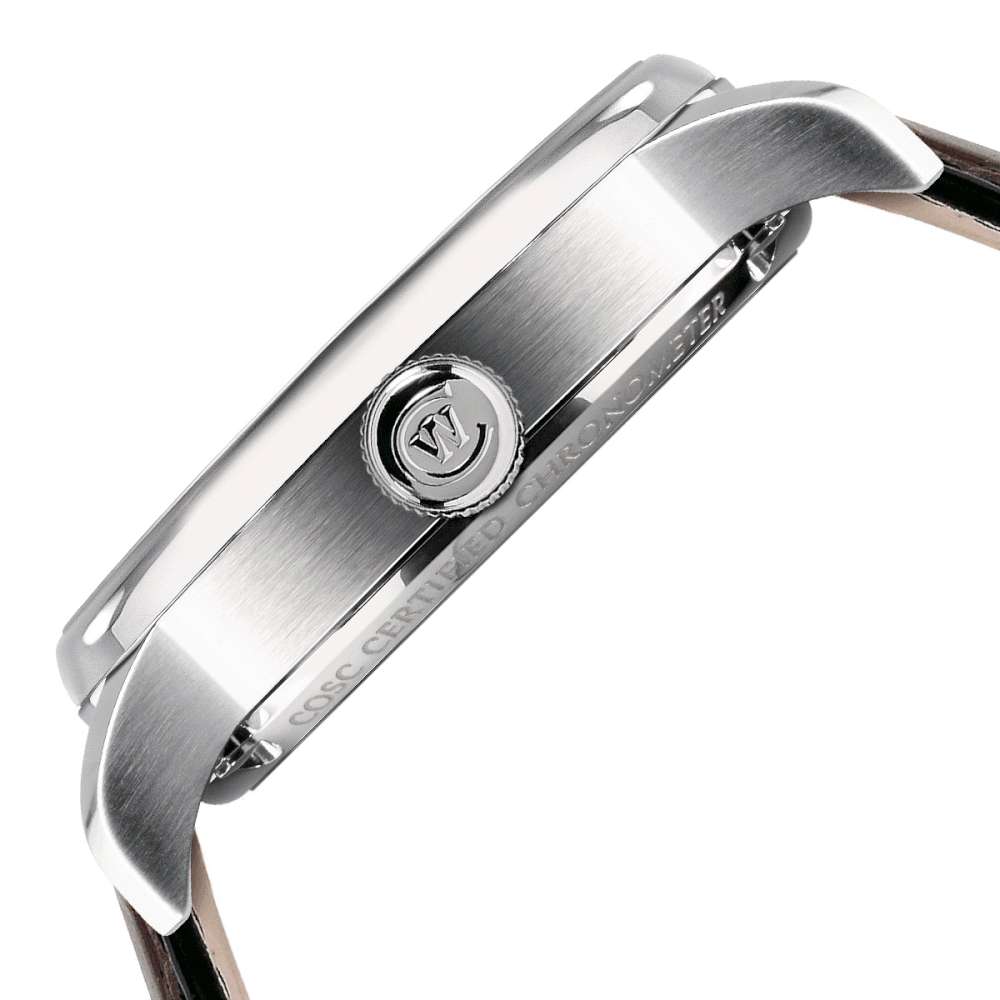 The crown is used to set the date (first position) and time (second position). It has the stop-seconds feature for precision time-setting. The movement runs at 28,800 vibrations per hour (4 Hertz). The watch is waterproof to 50 metres.

Christopher Ward is a brand that provides exceptional value for money, along with complete pricing transparency. You can buy online at https://www.christopherward.eu. The Christopher Ward C9 5 Day Small Second costs €1,750 on a leather strap, and €1,890 with a steel bracelet. This is a very good deal for a watch with an in-house, COSC-certified mechanical movement, with the extra bonus of all that power.