The Chamber of Wonders series began in 2015, with intricately-painted dials. Three new pieces have been introduced for 2016, all limited editions of 18 pieces. They are based on the Girard-Perregaux 1966 pink gold watch, with in-house self-winding GP03300-0060 movement. This runs at 28,800 vibrations per hour, 4 Hertz, has 205 components: 26 jewels, and a power reserve of 46 hours. It can be viewed through the sapphire caseback. The case is in pink gold, 40 mm in diameter, 9.94 mm thick, with 3 bar water resistance. The strap is in black alligator with a pink gold pin buckle.

The three watches feature elaborate metiers d’art techniques, such as marquetry in semi-precious stones and mother-of-pearl, miniature painting and gilding. The subjects represent an interesting series illustrating the development of cosmological science, from the Ptolemaic interpretation with the earth at the centre of the universe, through to the Copernican interpretation with the sun at the centre, and on to the scientific-artistic approach of the Renaissance.

The Chamber of Wonders – Center of the Universe Earth

Ptolemy developed his geography in the first century A.D., and he seemed to understand that the Earth was spherical. His map therefore summarizes man’s progress in mapping his world at that time. In this miniature work, the bits for which he had no information are rendered in mother-of-pearl, His maps were even used by Christopher Columbus, who studied them carefully when planning his voyages. The techniques adopted here include marquetry in lapis lazuli, aventurine and mother-of-pearl. 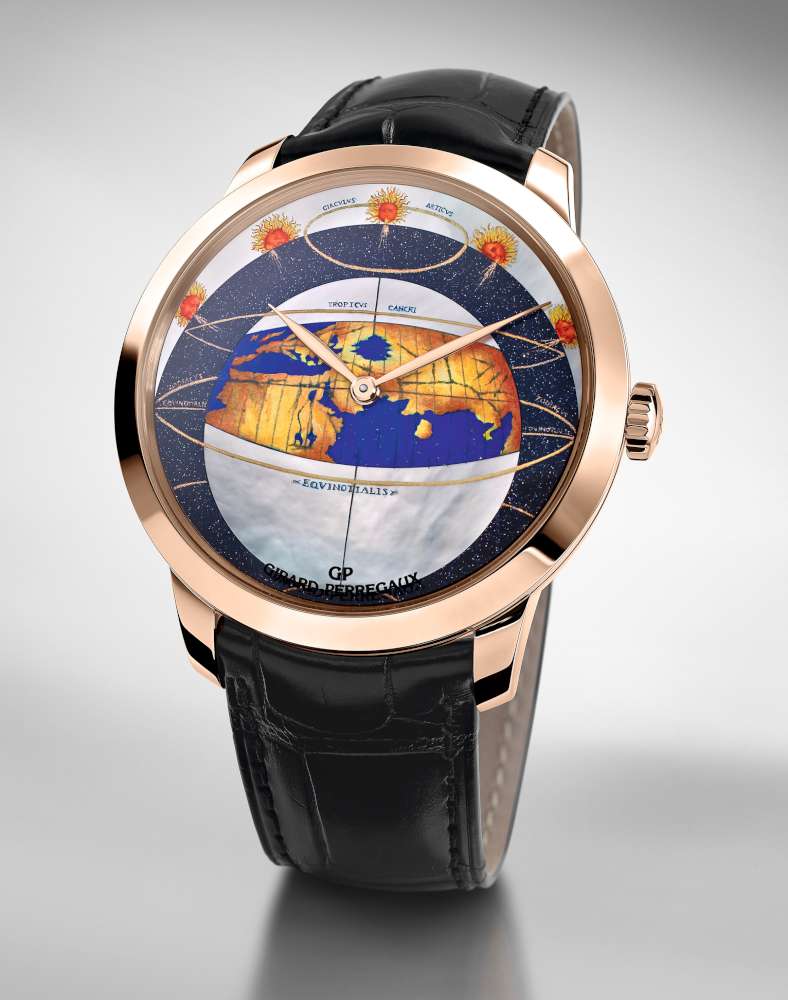 The Chamber of Wonders – Center of the Universe Sun

Nicolaus Copernicus (1473-1543) simplified the interpretation of observation of the moon and planets by hypothesizing that the sun is a fixed point about which the earth and other planets revolve. For this piece, the base of the dial is aventurine and grey jade, with alternating dark and pale orange jasper. The dial is finished with miniature painting . 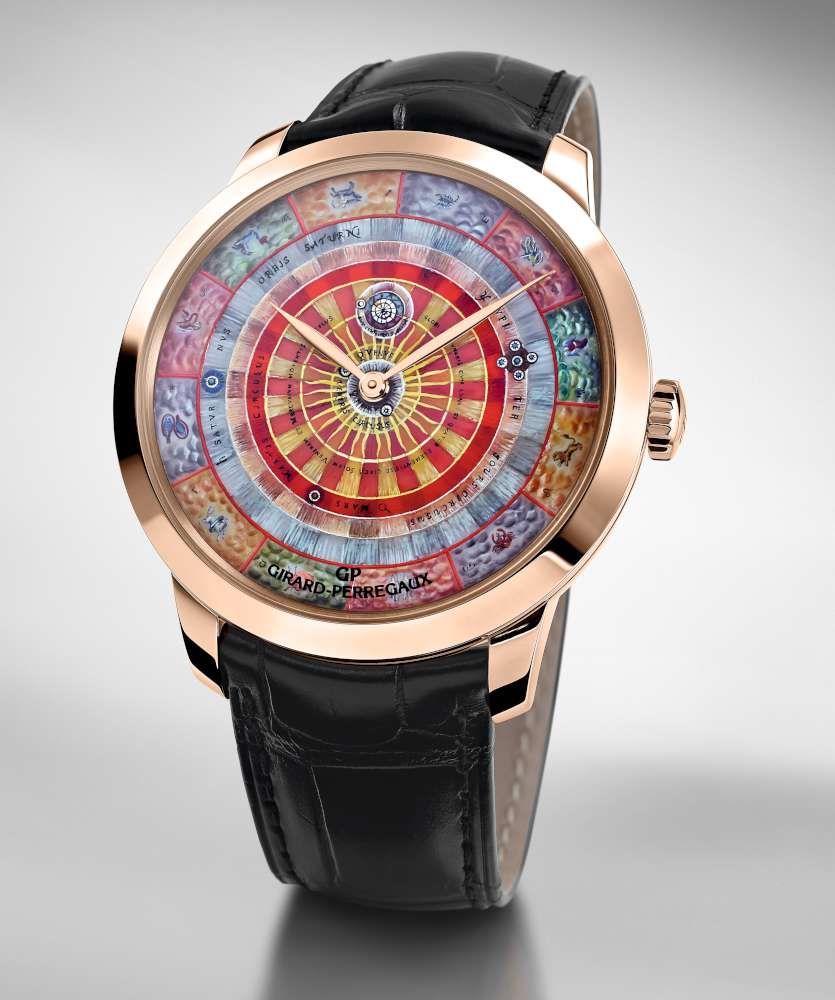 The Chamber of Wonders – Celestial Globe

Vincenzo Maria Coronelli (1650-1718) was a Franciscan monk who created two giant globes as a tribute to Louis XIV of France, one depicting the earth, the other depicting the sky as it was when Louis XIV was born. The latter piece includes 1,880 celestial bodies, and 72 constellations shown in the form of animals and mythological figures. This watch is a miniature interpretation, with a sapphire dome engraved and painted by hand by artist Jean-Baptiste Corneille. 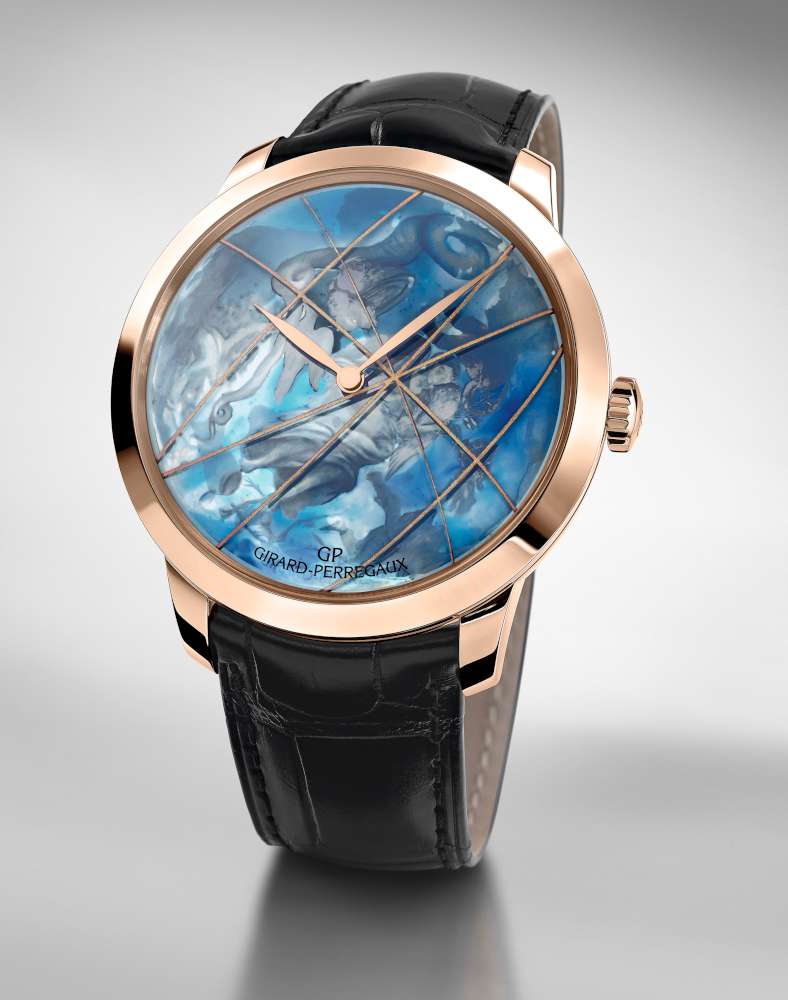