Girard-Perregaux‘s numerous connections with Italy are exemplified by Laureato, a watch whose name was suggested by the company’s Italian distributor in 1975. It is the Italian name of the film The Graduate starring Dustin Hoffman. Those years were the time in which octagonal bezels and integrated bracelets were arriving from Gerald Genta (Audemars Piguet Royal Oak, 1972), along with the use of steel for luxury watches. Below, the two new limited-edition Laureato models. 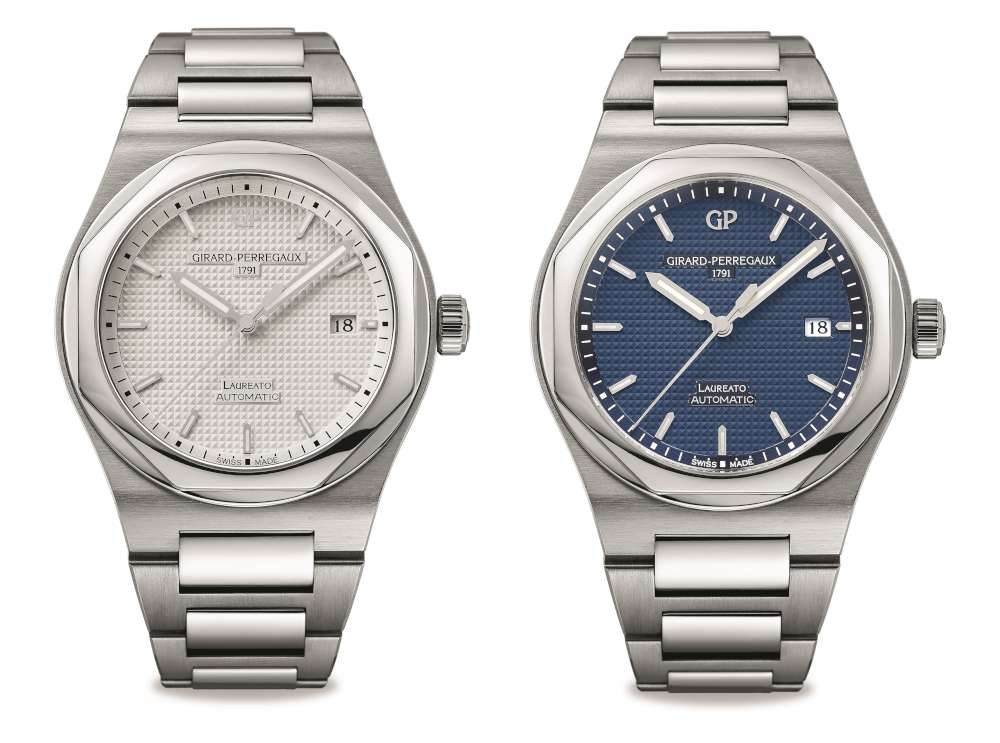 The first Laureato (1975, in the photo below), had a quartz movement, and from then on the watch has been reviewed and redesigned every ten years, with the return of mechanical movements, additional complications, and an increase in size. 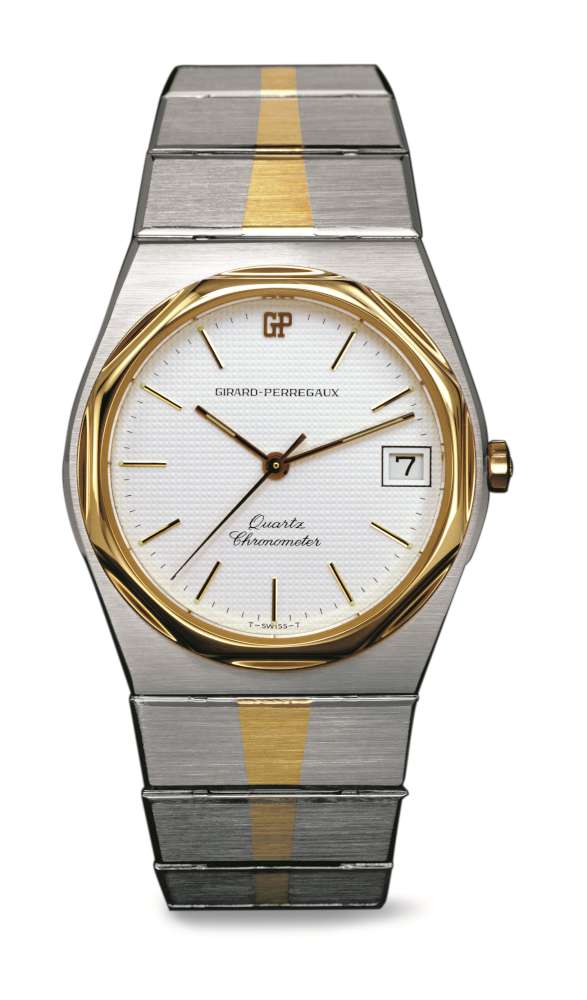 In the photo below, the 1984 Laureato Equation, a piece that had an astronomical complication. These and othe historic GIrard-Perregaux watches will soon be on display at the brand’s new museum at La Chaux-de-Fonds. 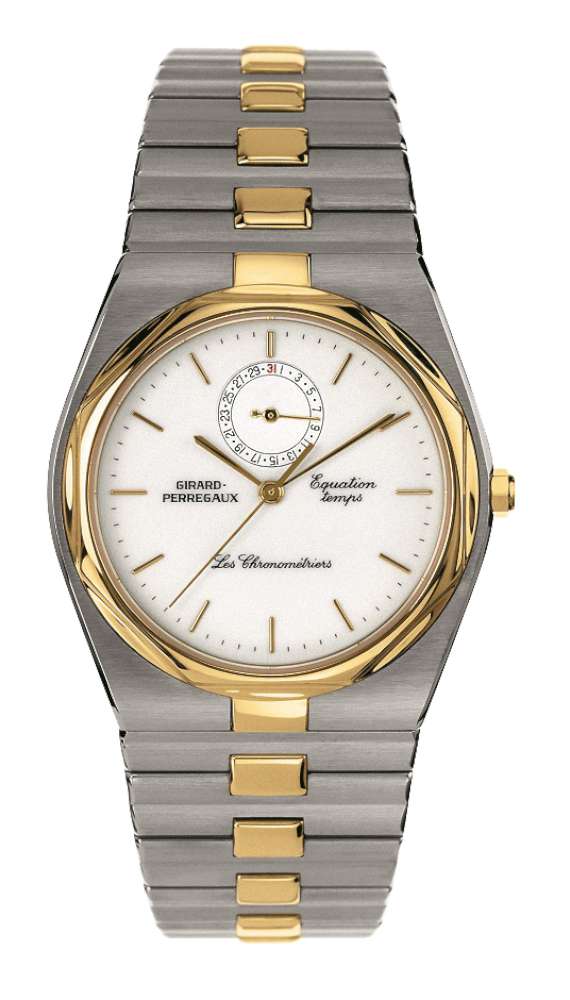 Price and reference of the 2016 Laureato

For 2016, to celebrate Girard-Perregaux’s 215th anniversary, the watch has been brought back to its initial purity, with steel case in a more moderate size when compared to the XXI, and dial in two colour versions, the classic silver, and blue. The two versions are limited editions of 225 pieces, and both cost €14.900. The two reference numbers are 81000-11-131-11A for the silver dial version, and 81000-11-431-11A for the blue dial. 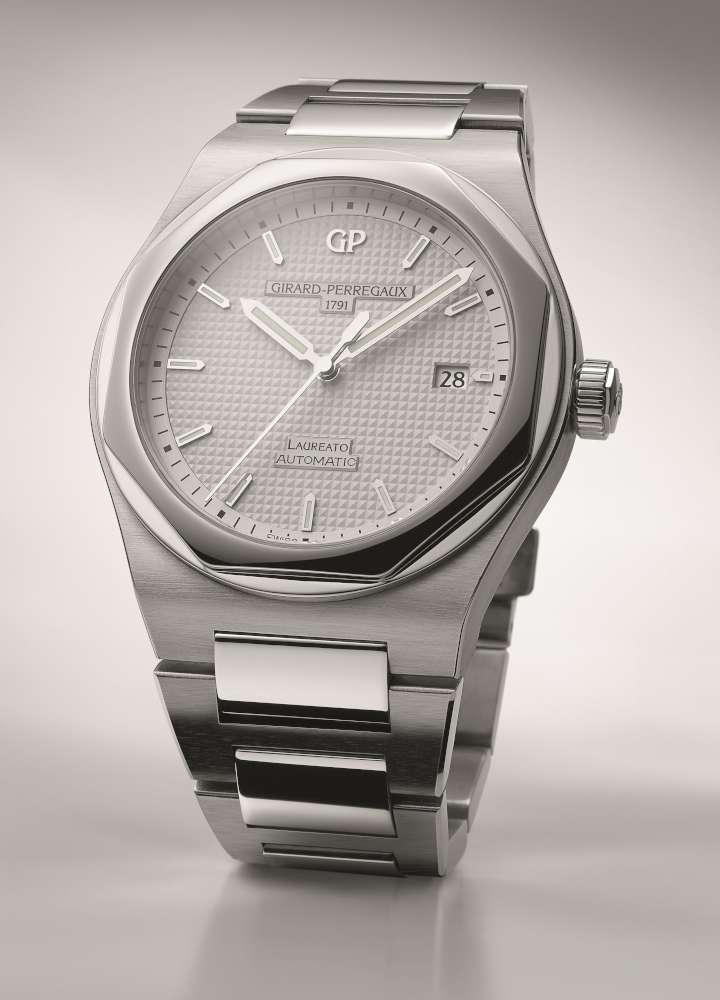 The new Laureato has a case 41 mm iin diameter and 10 mm thick, very wearable for just about anybody. Water resistance is the standard 30 metres. The baton-shaped hands are from the 1975 model, and they have a line of luminescent paint for night-time visibility. The dial has a clou de Paris checked pattern, again a feature of the 1975 Laureato (and also of the Royal Oak). The date is at 3 o’clock. The watch has a sapphire display caseback revealing the movement. 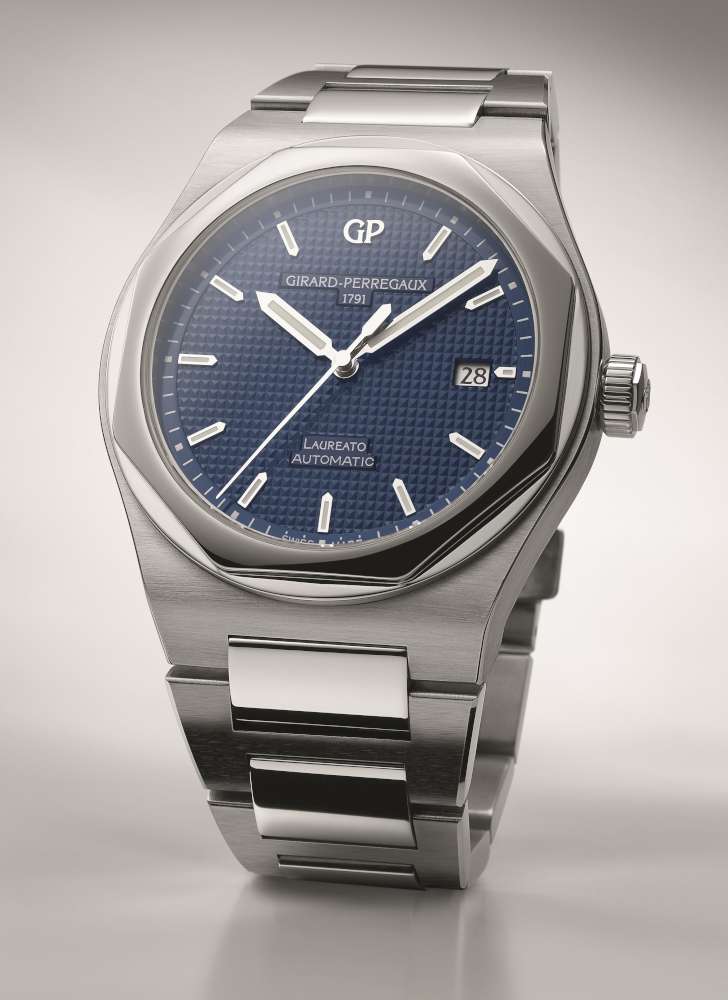 The Laureato is powered by the in-house Gp03300-0030 movement, a self-winding calibre with 27 jewels, running at 28,800 vibrations per hour (4 Hertz), with a 46-hour power reseve. The movement has the usual fine finish and a decorated oscillating weight. 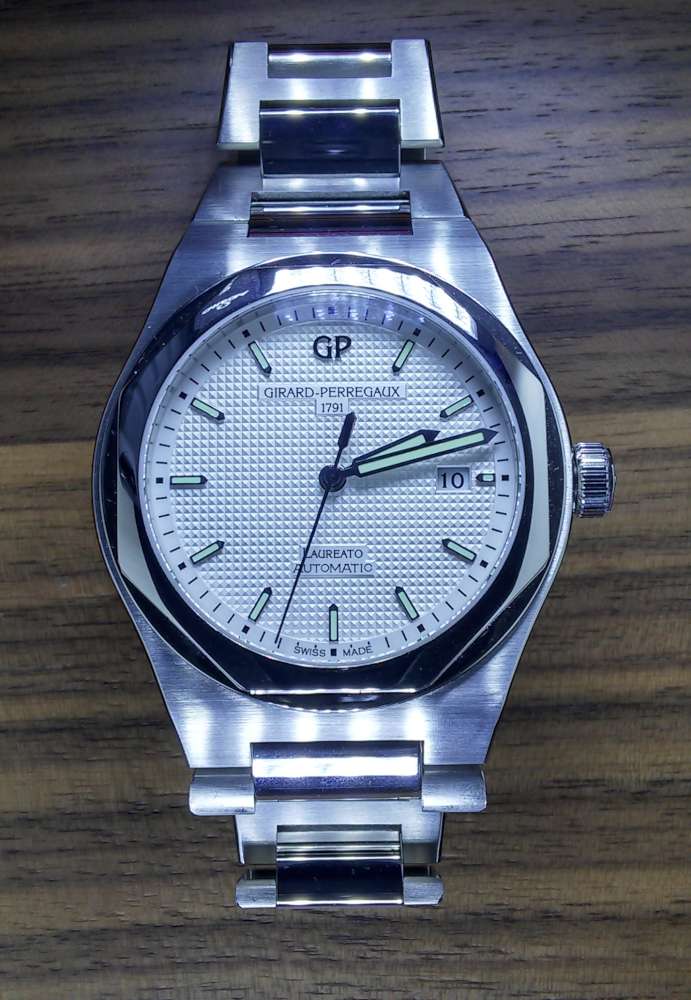 You can’t help comparing the Laureato with the Royal Oak, a watch that has become Audemars Piguet’s best seller. Girard-Perregaux is a brand with enormous merits and a prestigious history, but is this enough to ensure success for a classic design such as this on today’s market, with many other so-called iconic watches available? Perhaps this sort of consideration led to the decision to make the Laureato in two small limited editions, increasing its potential as a collector’s item.