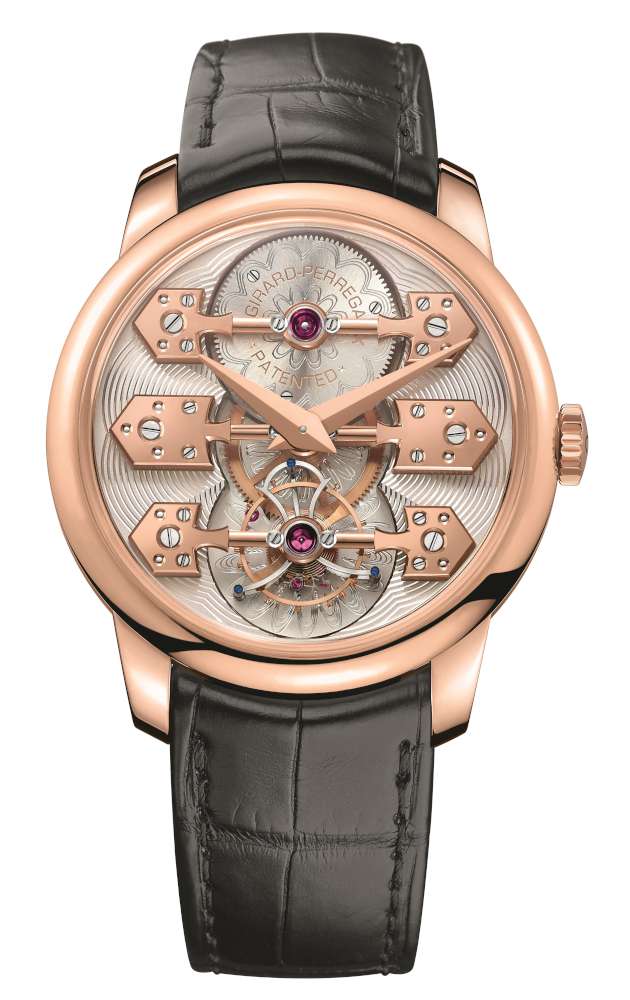 The Girard-Perregaux Esmeralda Tourbillon, reference 99275-52-000-BA6E, is based on a watch in the brand’s Museum collection shown in the photo below. The new piece is not a limited edition, but only one or two watches can be produced every month, so it’s never going to be a high-production watch. Each piece is assembled by a single watchmaker. The piece costs €200,000.

A watch with a long history

The Girard-Perregaux Esmeralda Tourbillon is one of the watches designed for the brand’s 225th anniversary. Back in the 1800s, the tourbillon was a complication crafted with the intention of increasing the accuracy of a watch by minimizing the effects of gravity on the balance spring, and most watchmakers of the day – including the complication’s inventor Breguet – hid the mechanism in the depths of the watchcase. Constant Girard-Perregaux was possibly the first watchmaker who had the idea of placing the delicate tourbillon mechanism centre-stage and making it a theatrical display of engineering as well as a piece of technical prowess. He also created the arrow-tipped gold bridge motif, and arranged his movement within an architecture based on three bridges. 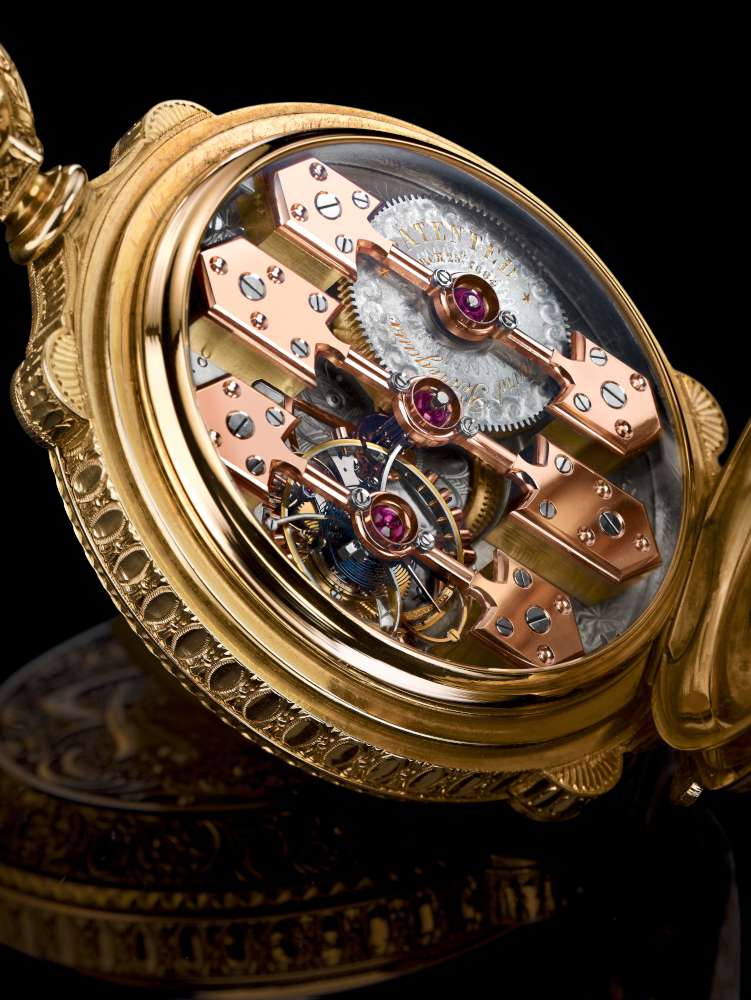 You could say that this watch became Constant’s mission of a lifetime: he created his first tourbillon with three bridges in 1860, won a timekeeping award for a watch with this arrangement in 1867, and patented the layout in 1884. His watch La Esmeralda was presented at the Paris Universal Exhibition in 1889 where it won the gold medal. It was named after the Paris and Mexico boutiques of watch and jewellery merchant Hauser, Zivy & Cie. The piece was later purchased for General Porfirio Diaz, then President of Mexico, and it eventually returned to the Girard-Perregaux Museum in 1970. The movement that Constant Girard-Perregaux launched in 1860 is the oldest movement still in production, with an overall layout that has remained unchanged right up until today. 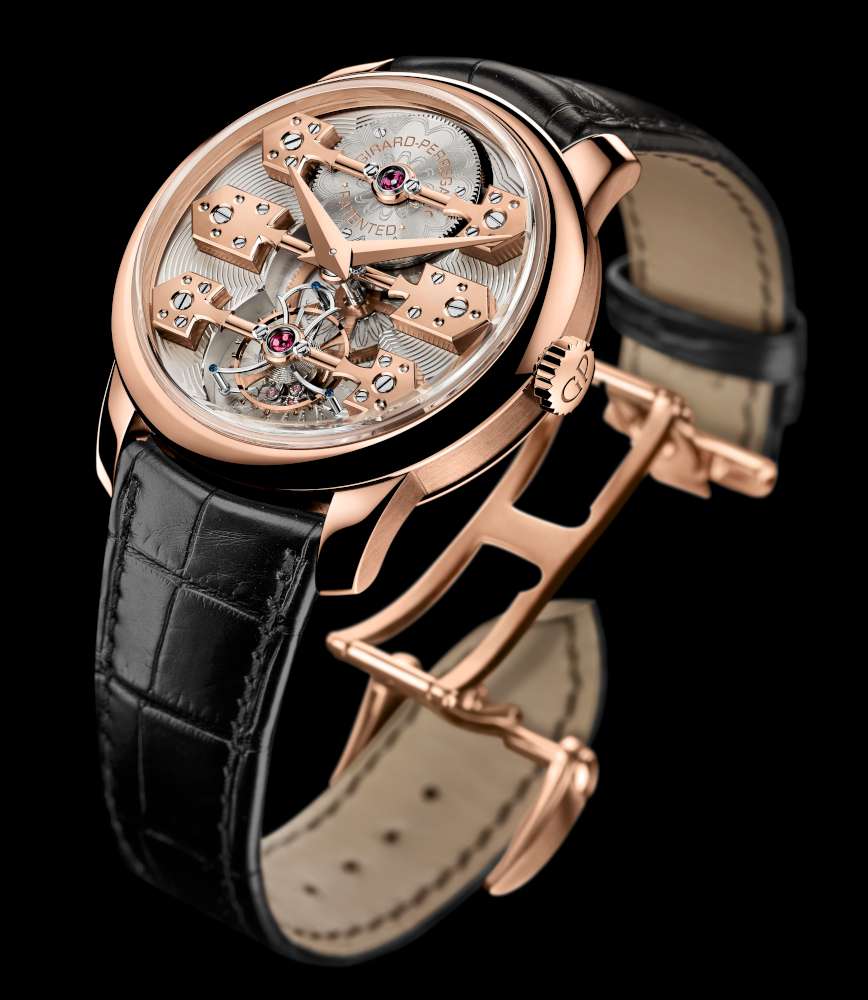 The geometry of the three bridges is such that the barrel, centre wheel and tourbillon carriage are perfectly symmetrical, with settings held by two screws at the centre of each bridge. The tourbillon assembly alone comprises 80 components, with a lyre-shaped carriage housing a large balance wheel running at 21,600 vibrations per hour (3 Hertz). The carriage is 14.3 mm in diameter, and the balance wheel is 9.5 mm across. It is self-winding, with a rotor positioned concentrically under the barrel, a feature that makes it possible to increase the barrel diameter and hence spring length, so that power reserve reaches 60 hours. The movement, reference GP09400-0004, is housed in the case in pink gold, 44 mm in diameter, 14.55 mm thick, water resistance 3 bar, 30 metres. The watch is mounted on a black alligator strap with triple folding clasp in pink gold. 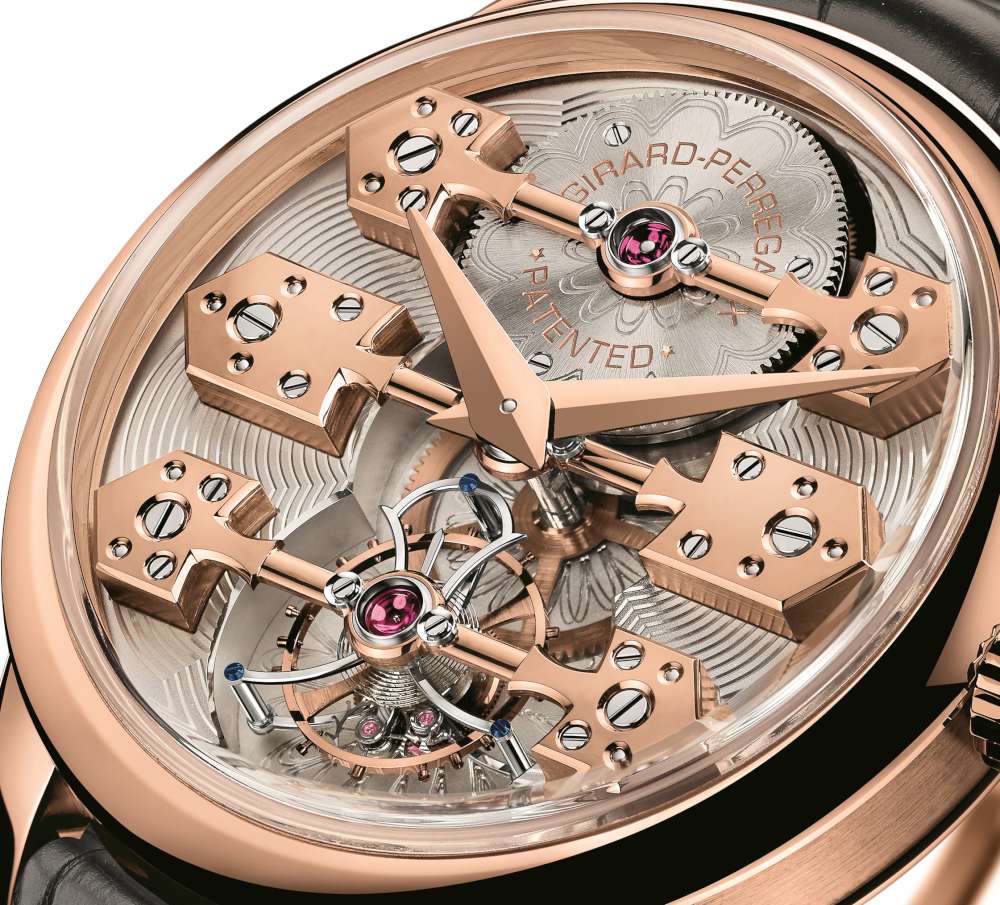