There are lots of watch brands of relatively recent foundation who have purchased the right to use the name of a historic watchmaker or a long defunct company. It gives them some instant history, and some even go so far as to put “Since 1860” or whenever on the dials of their new watches. This must be a bit jarring for those brands that have genuinely been around for a long time, but at the end of the day, the important thing is the quality of the watches. If they’re good, everything is forgiven. Manufacture Royale was founded in 2010, and in a short time they have created six new movements and some superb watches. They trace their history back to none other than Voltaire, the writer and philosopher of the Enlightenment.

It seems to me that the creative minds at today’s Manufacture Royale rather enjoy enigmas and tales of mystery, because they don’t provide much information about themselves on their website, and the riddles connected to their distant source of inspiration are rife. First of all, Voltaire’s name. Baptized as François-Marie Arouet, he adopted his pen-name in 1718. The name may be an anagram of the Latin transcription of his surname, AROVET, followed by LI, Latinized initials of le jeune (the young). Alternative versions point to a family nickname “le petit volontaire” (determined kid), or the inversion of the syllables of Airvault, his family’s home town. The company’s logo has the letters MR surmounted by the hilt of a sword, and perhaps this is a reference to the phrase “the pen is mightier than the sword,” which wasn’t coined by Voltaire but is certainly appropriate to his work.

Voltaire’s biting satire ruffled some noble feathers, and in 1754 Louis XV banned him from Paris, and so he settled in Geneva in 1755. The city was staunchly Calvinist and banned theatrical performances, and so three years later he moved to Ferney, in France not far from Geneva. He stayed here for twenty years and did a lot for this small town. In 1769, Geneva’s puritanical administration expelled the craftsmen who had been making watches in precious materials, and in 1770 Voltaire welcomed some of them to Ferney, setting up a system of delocalized workshops and apparently naming the new organization Manufacture Royale, presumably because the watches were destined for European royalty and the elite. He also built a church, encouraged the development of another cottage industry, ceramics, and founded theatres in which he staged his plays, attracting audiences that included the wealthy people of Geneva. In recognition of his work, the town was renamed Ferney-Voltaire after the Revolution.

Always willing to pick a philosophical fight, Voltaire never got on with another of Geneva’s famous sons, Jean-Jacques Rousseau. Voltaire that that education and reason enabled man to escape from the realms of savagery, while Rousseau thought that it was precisely education and reason that had corrupted mankind by removing men from nature.

Even before Voltaire died in 1778, the fierce compettion from Genevan watchmakers had led to a drastic drop in the fortunes of Manufacture Royale, and any hopes of future recovery were dashed by the French Revolution in 1789. It was only in 2010 that the brand was revived by Arnaud Favre, owner of TEC Ebauche, a Swiss manufacture of watch components. who relaunched it with timepieces combining something of the brand’s literary and philosophical traditions along with contemporary ideas. Unlike other revived brands, even though Manufacture Royale had created over 4,000 timepieces, there are apparently none still in existence, and so the new company had total creatve freedom. The brand’s first two watches were tourbillon models, one of them a minute repeater with a sale price of $1.2 million.

In 2013, Favre sold the brand to GNT Luxury Holding, a company founded by four members of a family of watchmaking experts. Marc Guten had experience in Piaget, Vacheron Constantin and Cartier; Gérard, Alexis and David Gouten have also long been involved in the world of watches. Today the company makes between 150 and 200 watches per year, most of which cost from 40,000 to 320,000 Swiss francs each. 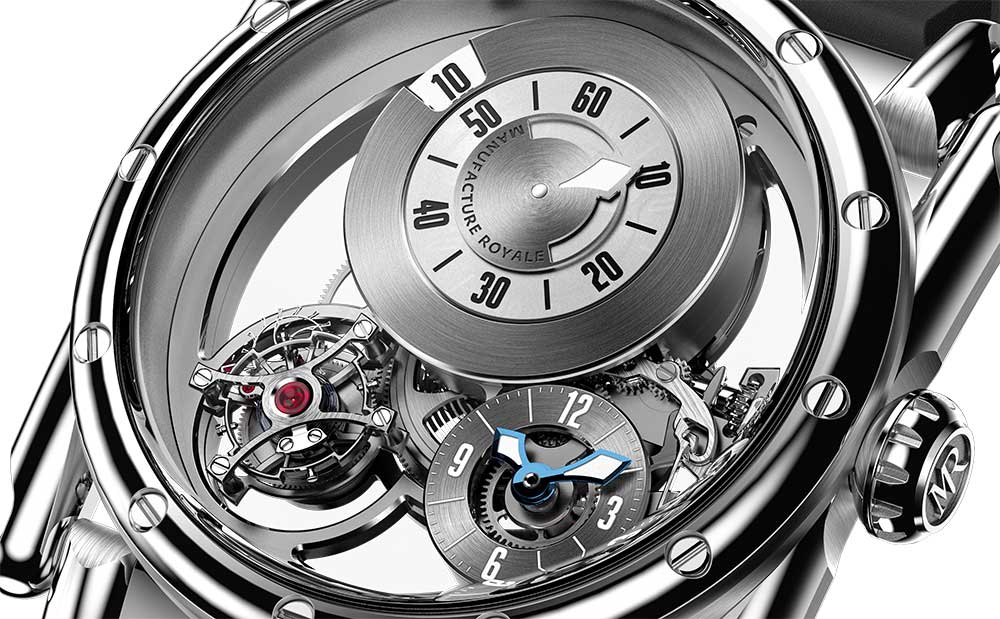 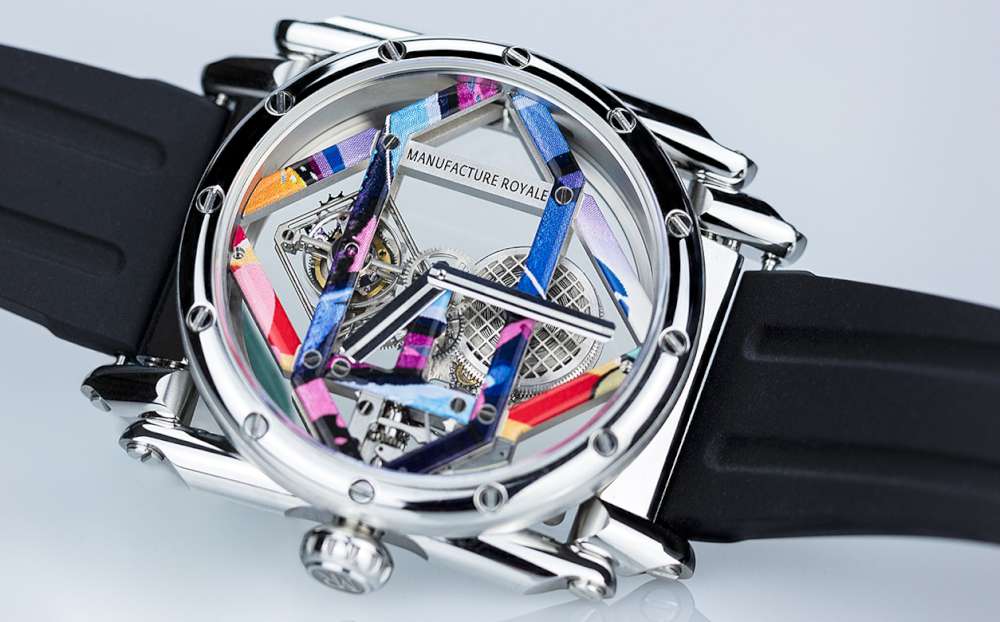 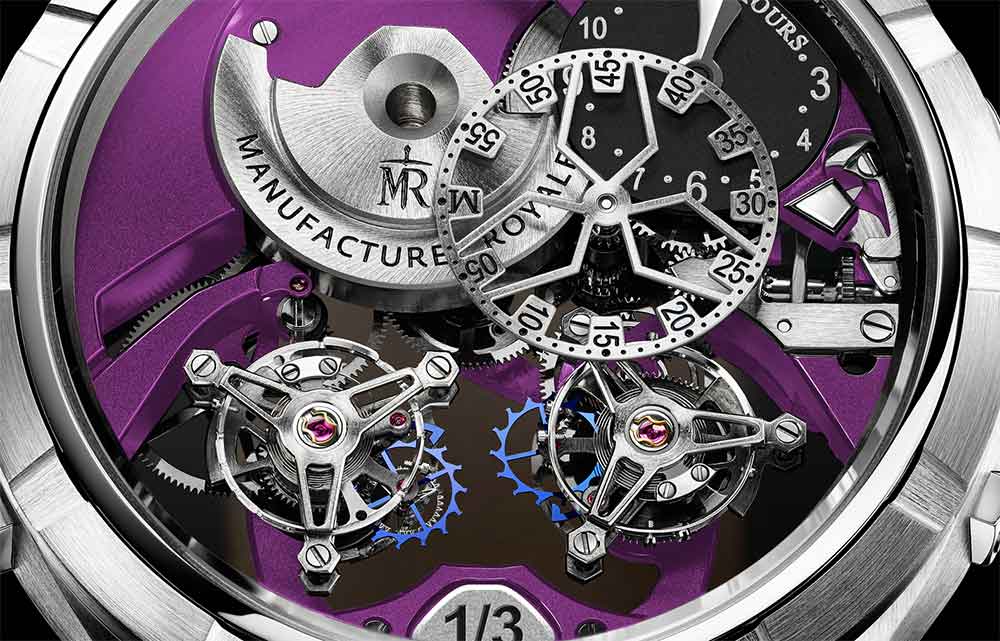 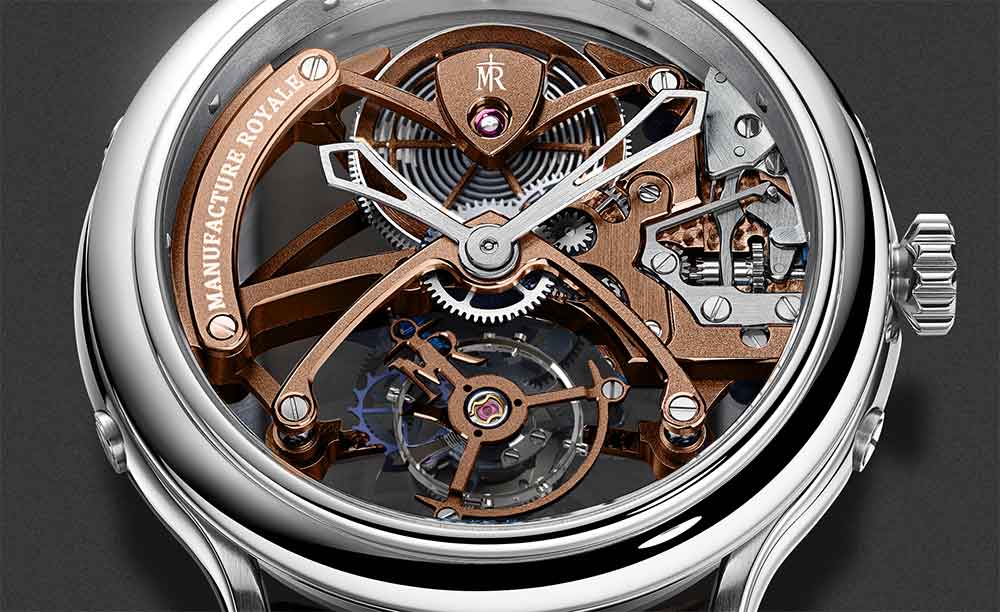