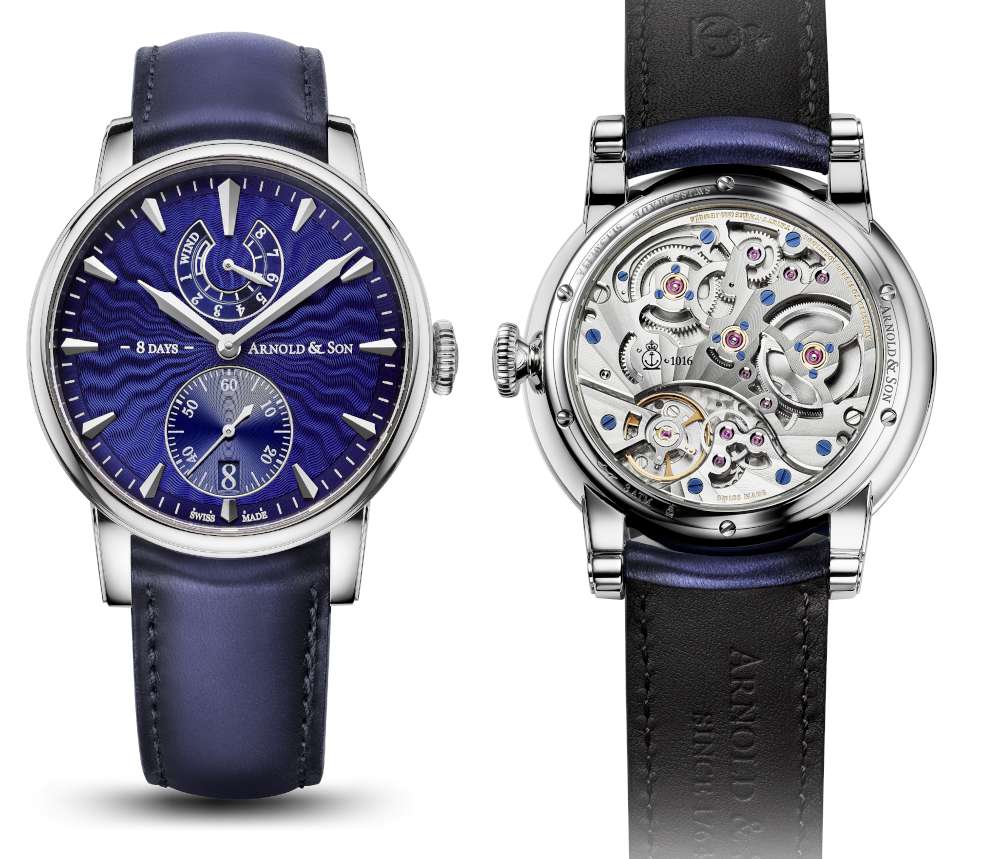 The Eight-Day Royal Navy by Arnold & Son is a watch in steel with – considering most of the brand’s timepieces – a relatively accessible price. It probably reflects the trend, visible throughout watchmaking, of widening price range to include a wider market segment.

The watch is an example of the company’s objective of celebrating the role performed by John Arnold (1736-1799), who was active at a time when English watchmaking was one of the dominant forces in the trade. In those years, British watchmakers were engaged in making their marine chronometers as accurate as possible, so that navigation at sea would be less prone to error. There is no doubt that at that time, increased timekeeping precision could save lives by preventing shipwrecks. And so this piece is a modern interpretation of the sort of chronometers commissioned by King George III and built by John Arnold. An example of one of these antique timepieces is shown below, with the power reserve indicator at the top, and the small seconds subdial below. 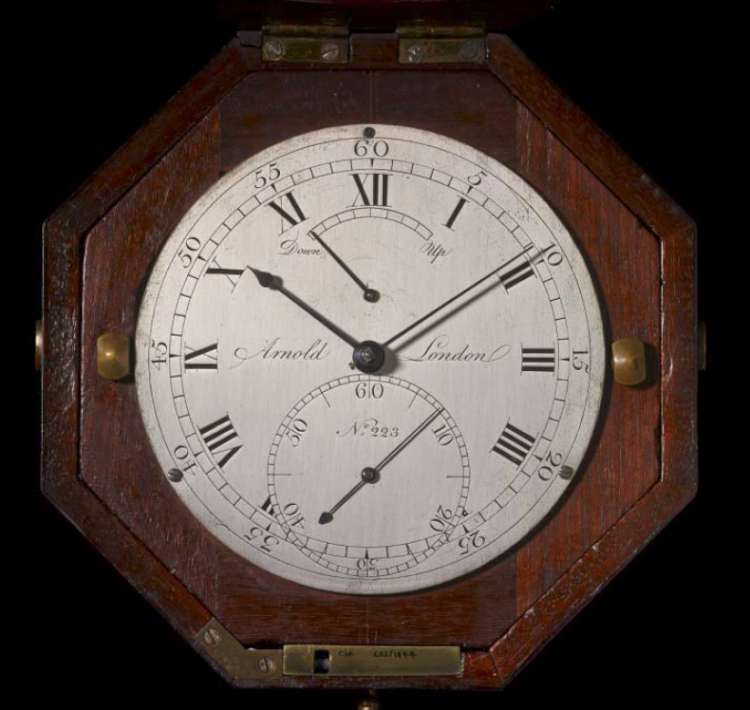 This has become the pattern for many marine-style watches, but for the Eight-Day Royal Navy, Arnold & Son have chosen a more modern design. The dial is finished with a wavy guilloché pattern, with applied hour markers. Hands and hour indices are diamond-polished. The stainless steel case is 43 mm in diameter, 10.7 mm in height, water resistance 30 metres. The watch is in three colour versions, with black, blue or silver dial. Straps are in hand-aged leather. 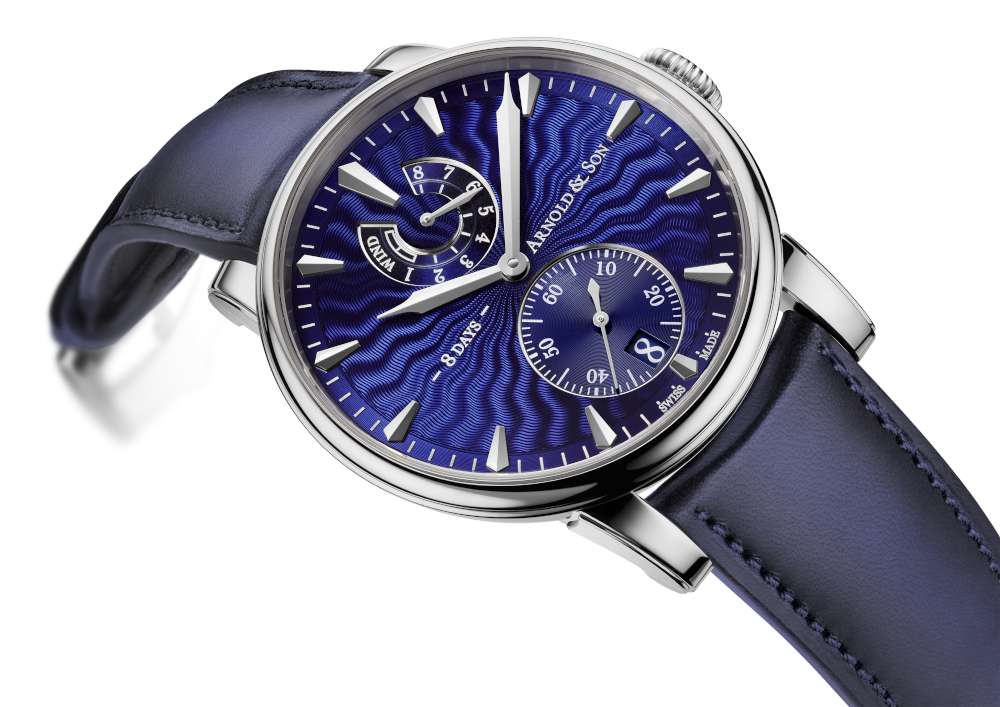 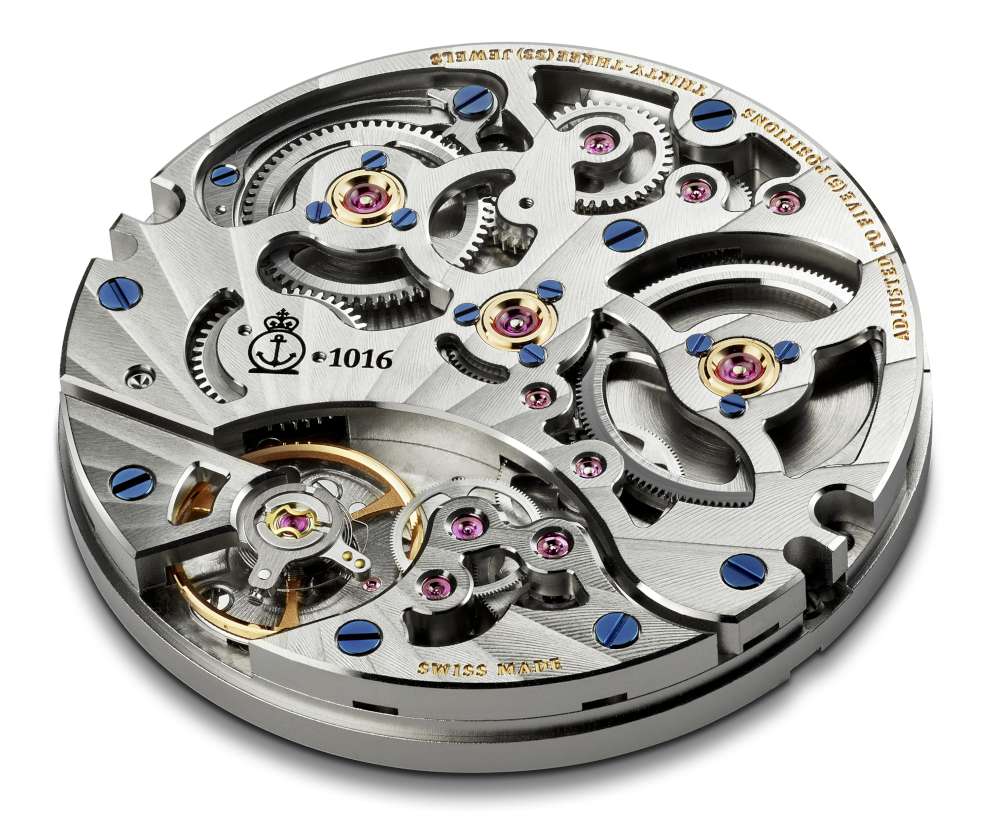 Arnold & Son is one of the relatively few watch brands that has the capacity to design and build its own movements. The A&S1016 is a hand-wound movement, the company’s 18th new calibre, superbly finished throughout, with partially skeletonized bridges that enable a lot of the wheels to be seen through the sapphire caseback. The emphasis on traditional quality is demonstrated by the gold chatons, bushes housing the rubies for the principal bearings, set into the bridges. The movement is made in palladium-treated nickel silver, with hand finish including chamfered bridges with polished edges, sunray-type Côtes de Genève, circular graining, circular grained wheels and blued screws. The movement runs at 21,600 vibrations per hour (3 Hertz), and this relatively low frequency, along with the dual mainspring barrels, provides the power reserve of 192 hours, eight days. 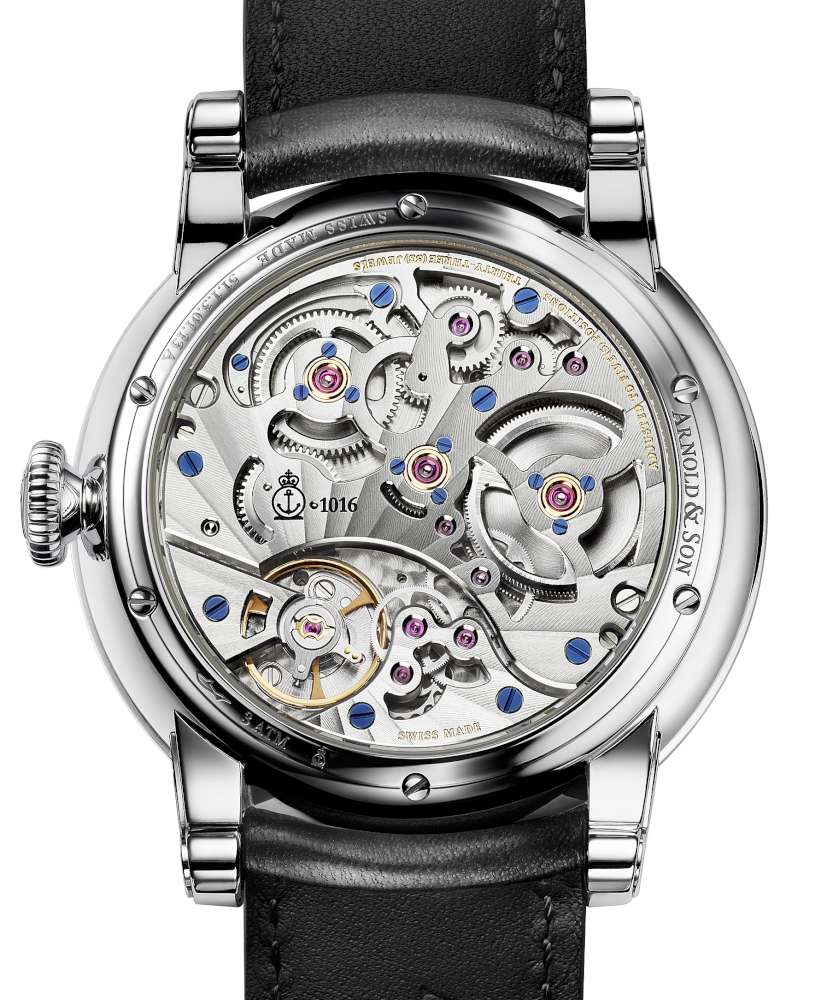 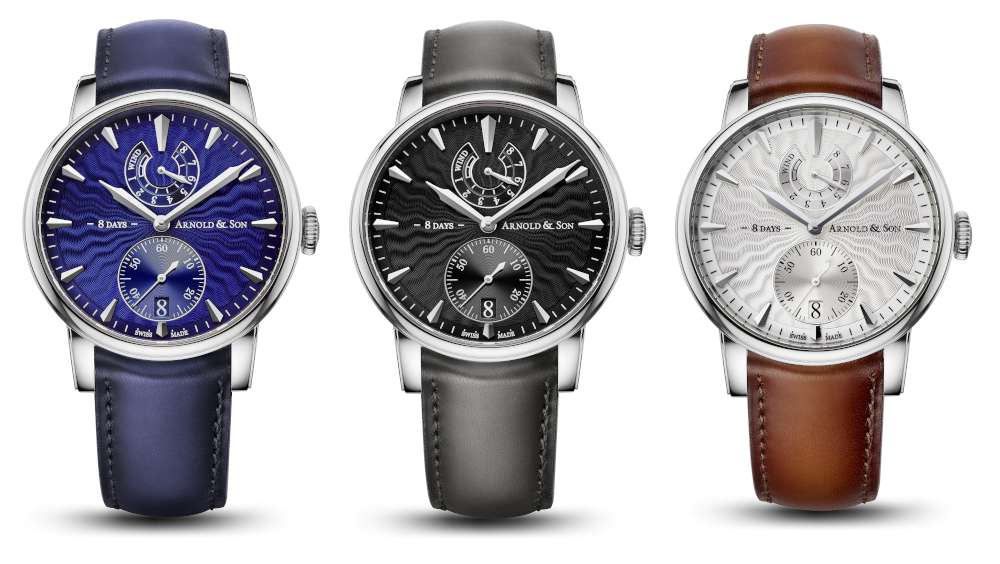