When a watch brand starts using the words Ultra Thin, you know that they’re after a world record even though they may not admit it. Most of the thinness records are held by Piaget, but Jaeger-LeCoultre have also ventured into this area, and more recently Bulgari have been creating some excellent super-slim watches. Arnold & Son’s UTTE Skeleton stakes its claim – the initials stand for Ultra Thin Tourbillon Escapement – and have succeeded in beating the competition to take the prize of thinnest tourbillon skeleton on the market, with a thickness of 8.34 mm. This is an exceptional feat, not just because of the intrinsic difficulties in creating this sort of timepiece, but because of timing considerations. Presumably, someone says, “let’s make a world-record watch,” and they start development, but the final timepiece will see the light only a year or so later, and so there is always the chance that one of the many hundreds of watchmakers in the world will beat them to it. Additional credit is due to Arnold & Son for the fact that, in comparison with the brands mentioned above, they are not exactly giants in the field. But, even though relatively small, they have the advantage of being able to design and build their own movements. 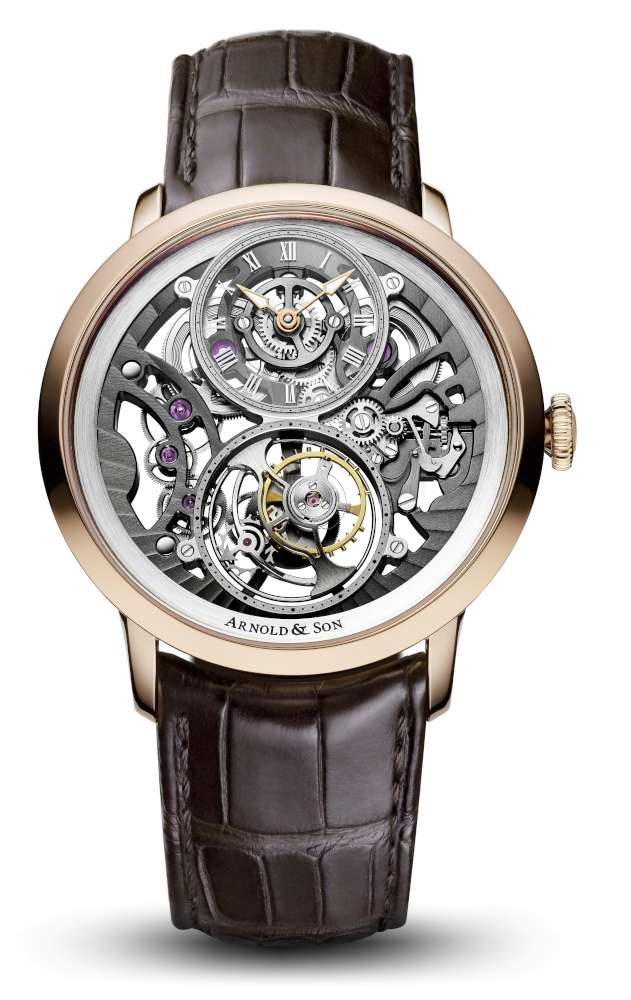 The UTTE Skeleton watch is powered by the A&S8220 movement, developed from the A&S8200 that powers the UTTE (non-skeleton). The basic concept underpinning the design is an offcentre hour and minutes display at the top of the dial, which provides more room for the tourbillon complication. But the previous movement has not just been skeleonized. It has been extensively modified, with new mainspring barrels providing a power reserve of 90 hours, new tourbillon bridges, and a modified mainplate. 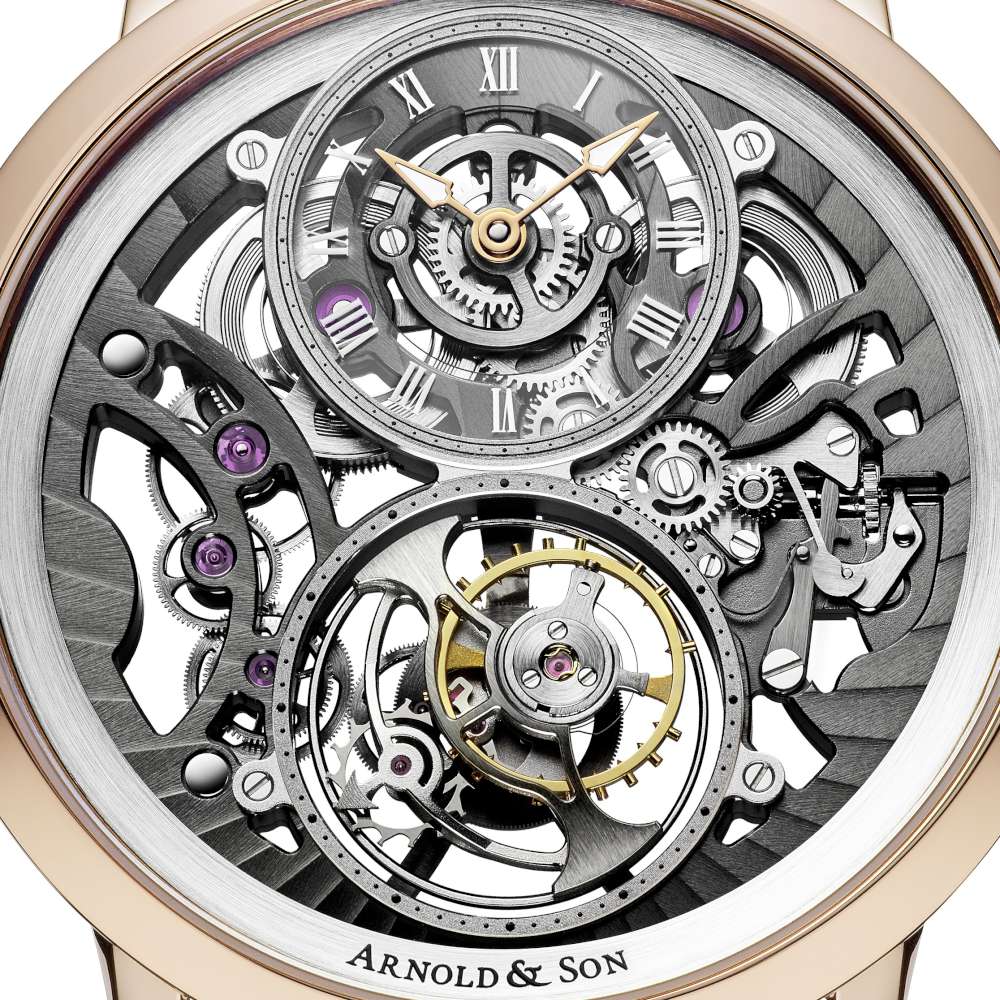 In the field of skeleton watches, there are two major trends: towards the ephemeral, in which structures are limited to a minimum, with lots of open space between the gears and the bridges; and the technical, with a denser structure. The UTTE Skeleton is in the second category, with the eight-shaped dial design and the taut, circular-arch bridges. A very nice feature is the size of the tourbillon cage, large at 14 mm, highlighting the escapement and enabling the movement of the escape wheel and pallets to be observed. 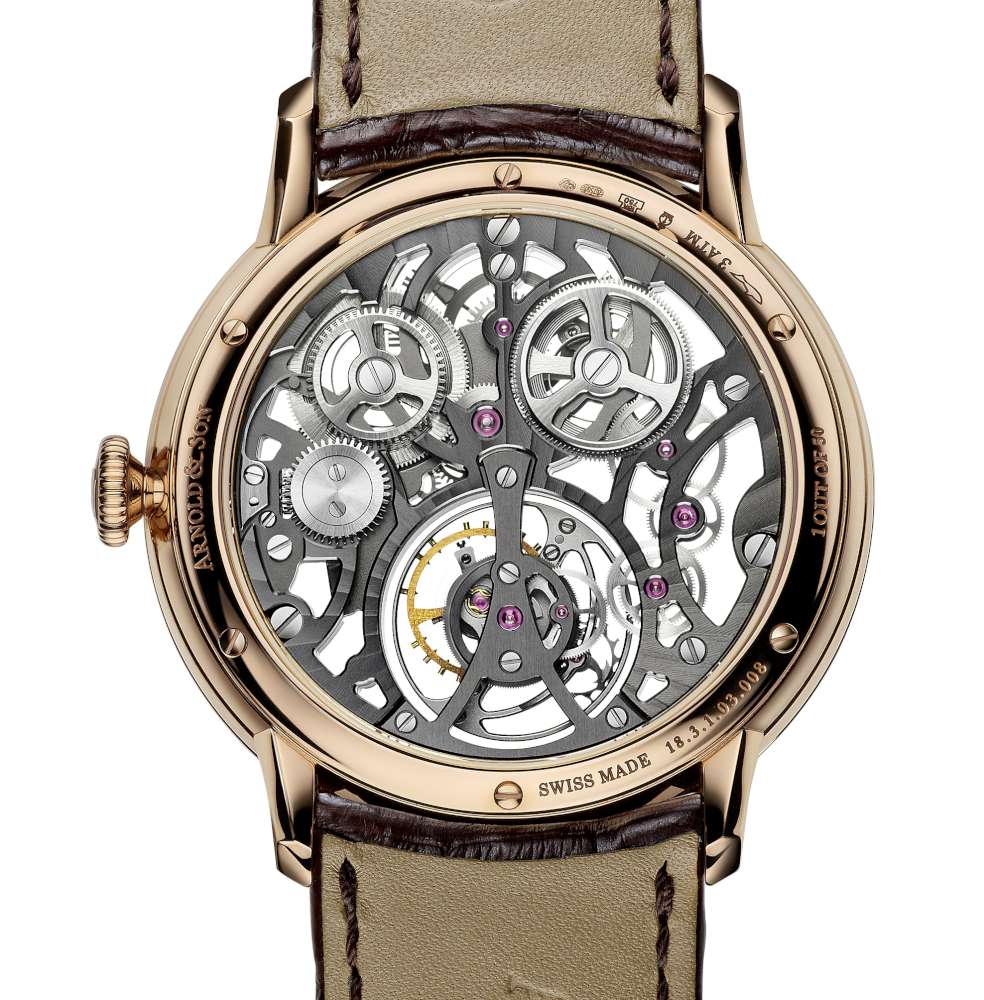 The movement is meticulously finished, with main plate and bridges made of nickel silver and decorated with Côtes de Genève rayonnantes, and with chamfered and polished edges. The movement is 32 millimetres across and a perfect fit for the 42mm case. 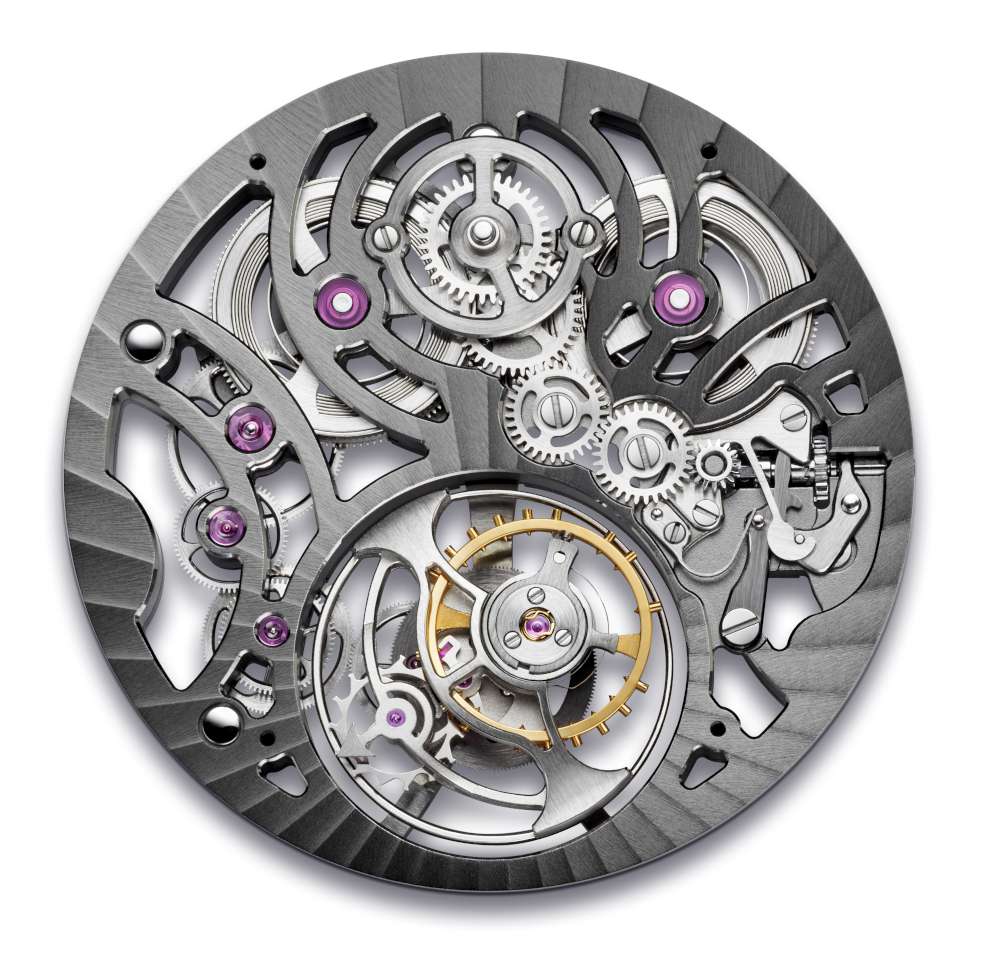 The tourbillon escapement runs at 21,600 vibrations per hour, 3 Hertz, and the tourbillon cage rotates once every minute. The case is in red gold; hour and minute hands are in gold with white lacquer tips. Water resistance is 30 metres; the watch has a strap in brown or black alligator leather, with a red gold buckle featuring the Arnold & Son logo. 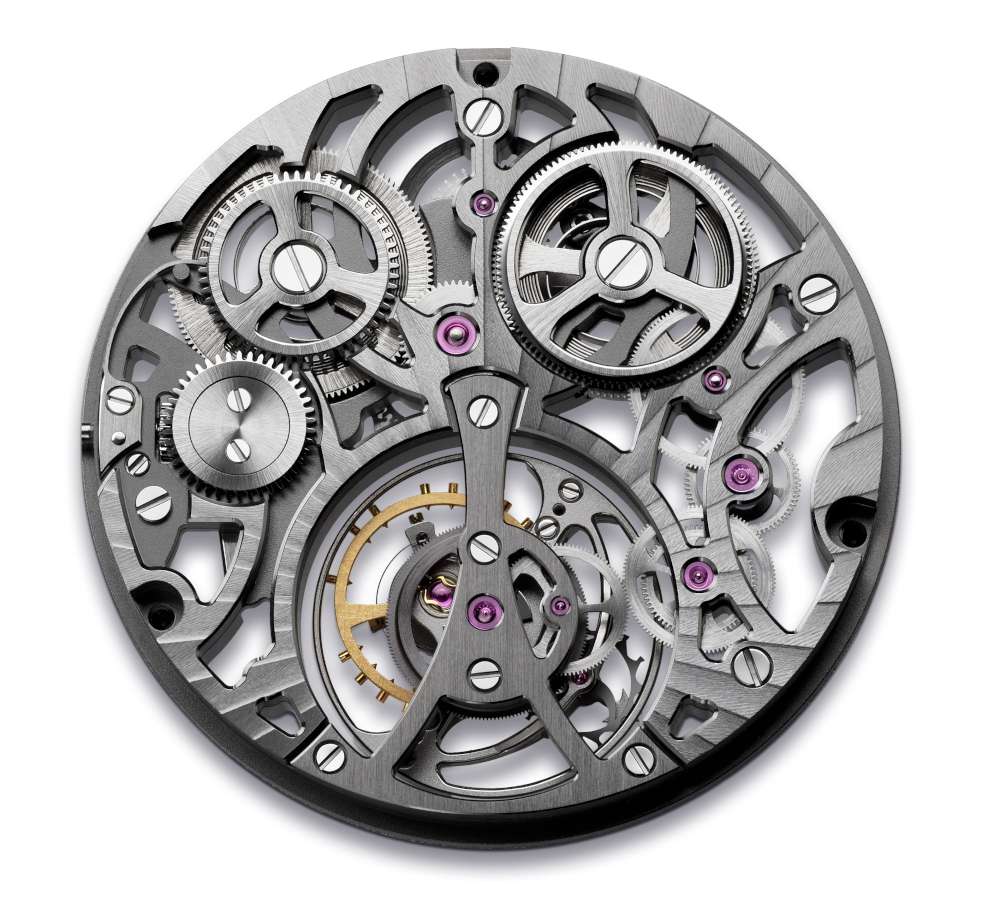 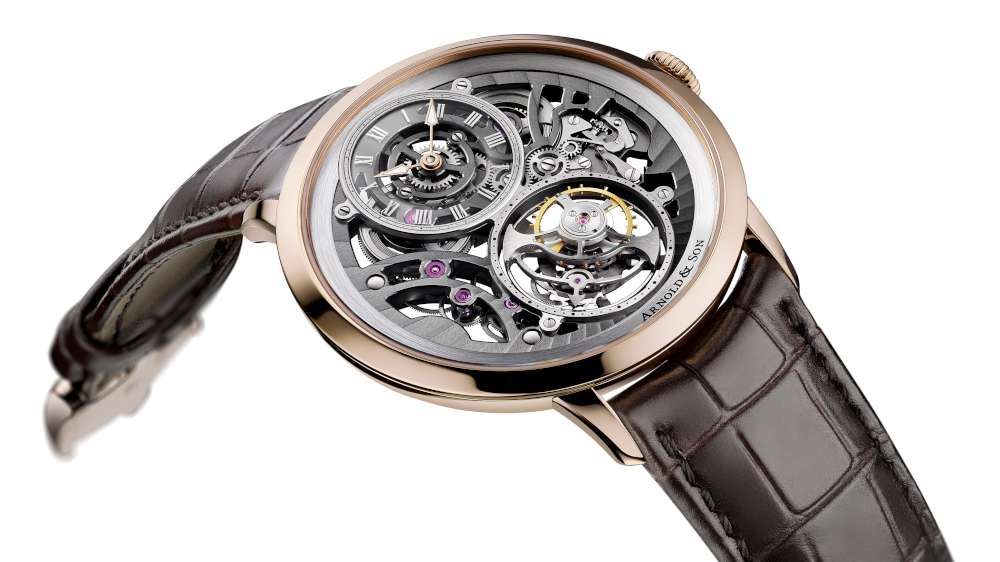