In 1878, Longines made a pocket watch with its own 28 calibre movement, the first of its chronograph movements. It was used on American racecourses, and from the start this was its intended use, as shown by the engraving of a horse and jockey on the caseback. The remarkable thing about that pocket watch is that it doesn’t look anything like a chronograph: the start and stop button is part of the crown, and the time measurements are taken using just the central seconds hand. There is a subdial at 6 o’clock for continuous seconds. 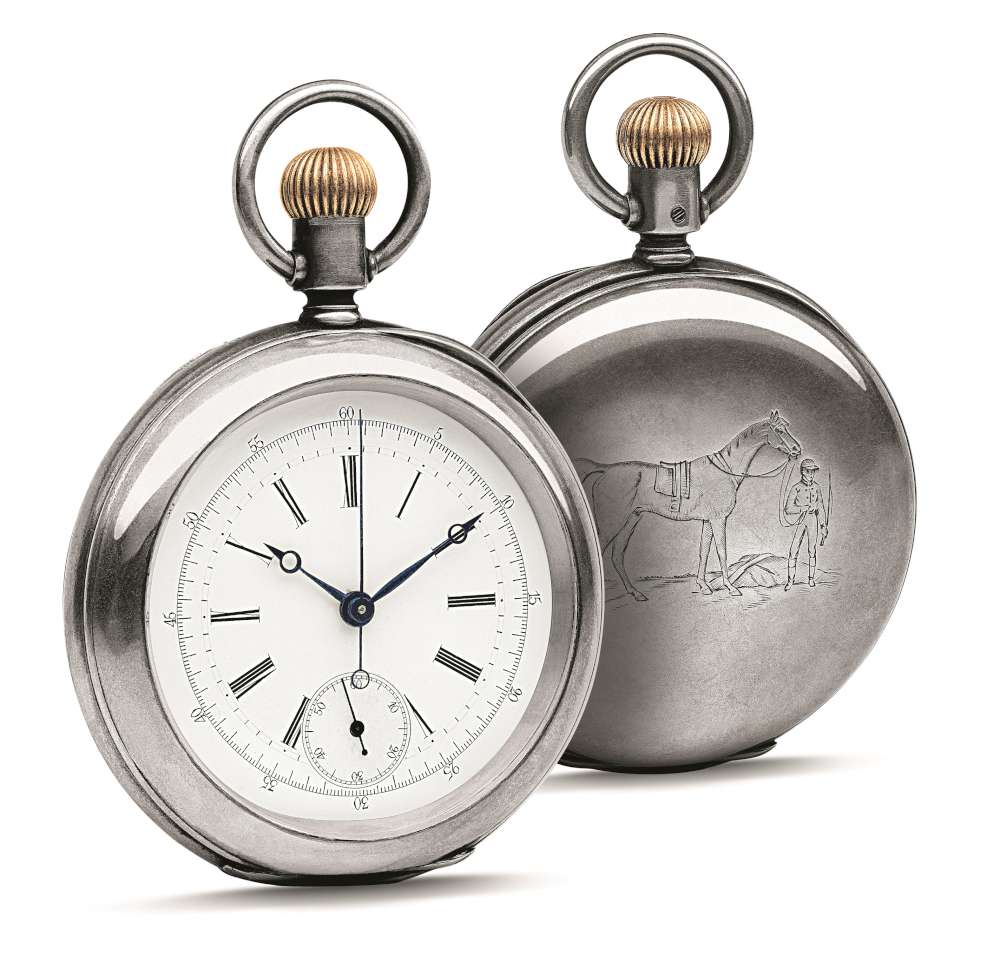 The 1878 pocket watch by Longinges, the origin for the new limited-edition piece

Equestrian sports are an important area of sponsorship for Longines, and so that historic pocket watch, now in the brand’s museum, is a significant piece for the company. This year they are reissuing the watch in pink gold, in a limited edition of 20 numbered pieces. The watch has a modern chronograph movement with column wheel, made for Longines by ETA. Opening the caseback reveals the movement through a sapphire window. 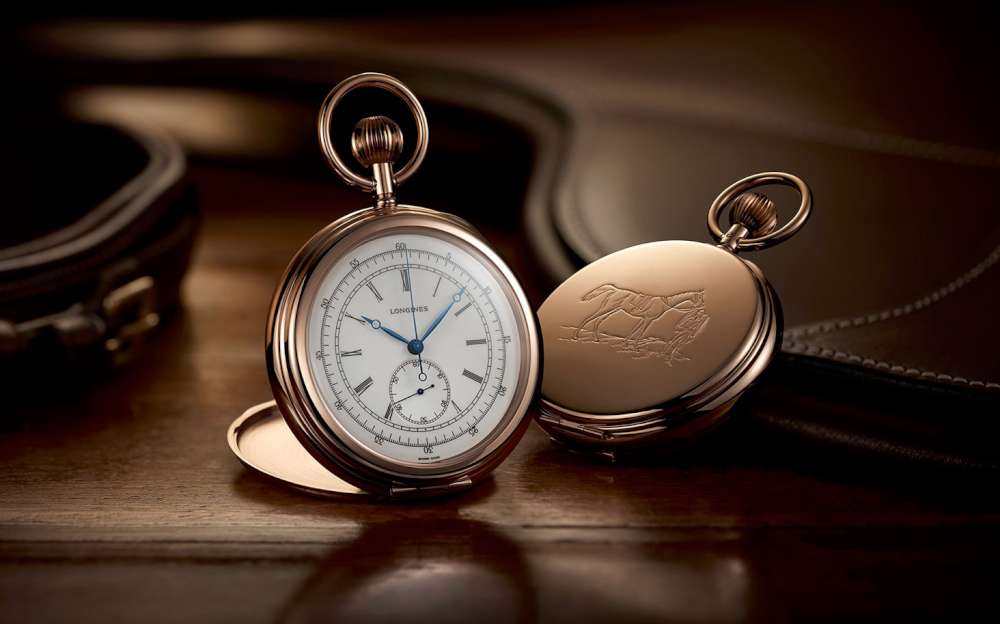 This watch was presented at Baselworld in March 2016, with availability from the end of the year. The photo provided on the press kit shows that the dial design has been meticulously followed, with no differences with respect to the 1878 original. But when we actually get to see the new pocket watch, we may see the addition of the brand name. In the photo below, the press kit photo, with unbranded dial; in the photo above (courtesy of the Longines website), the brand name has been added. 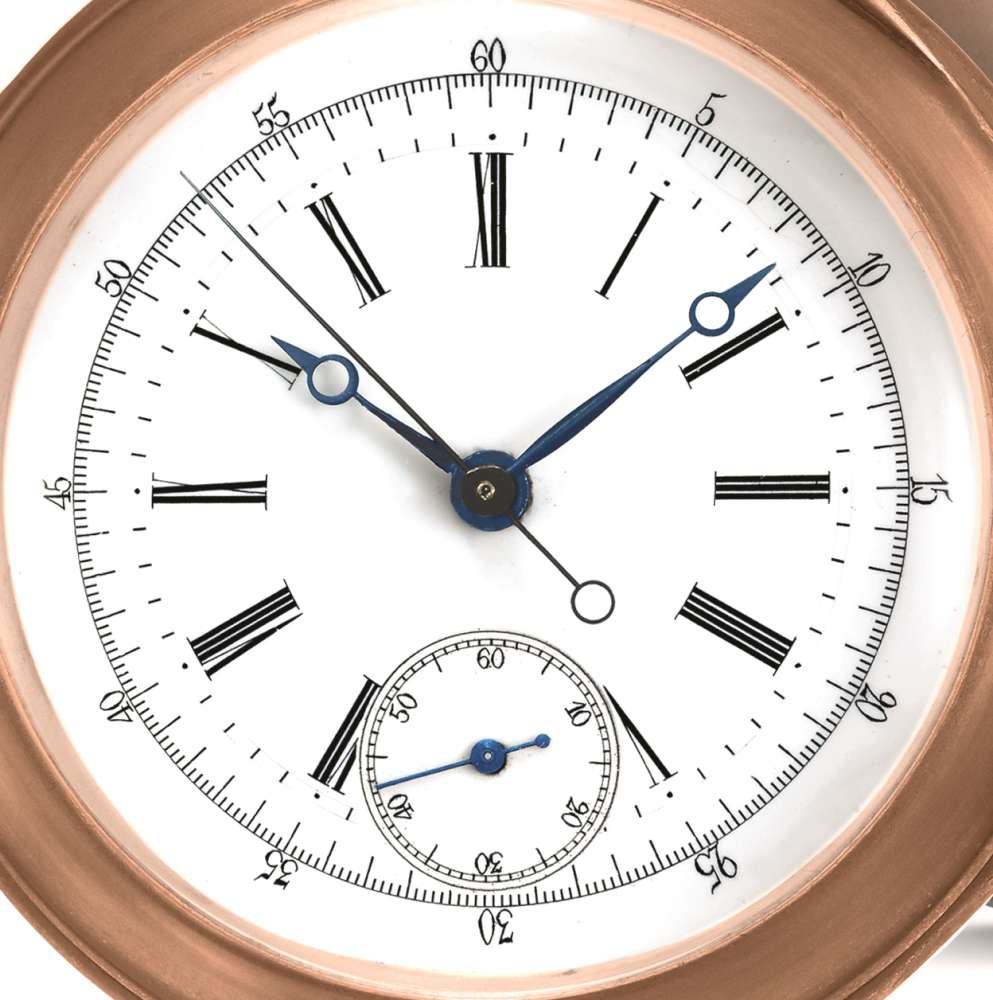 The movement is the calibre L790.2, or ETA A08.L31, 30 mm in diameter, with 20 rubies, and balance running at 28,800 vibrations per hour (4 Hertz). It is hand-wound, with a power reserve of 48 hours. The movement originates from another, A08.L01, specifically requested by Longines in 2009. This is a redevelopment of the ETA Valjoux 7753, with the chronograph mechanism completely redesigned with column wheel and vertical clutch. It was used for Longines chronographs such as the Longines Single Push-Piece Chronograph presented last year. In the Equestrian Pocket Watch, it has been further modified as there is no need for the chronograph minutes and hours display, and there will be no oscillating weight as it is hand-wound. 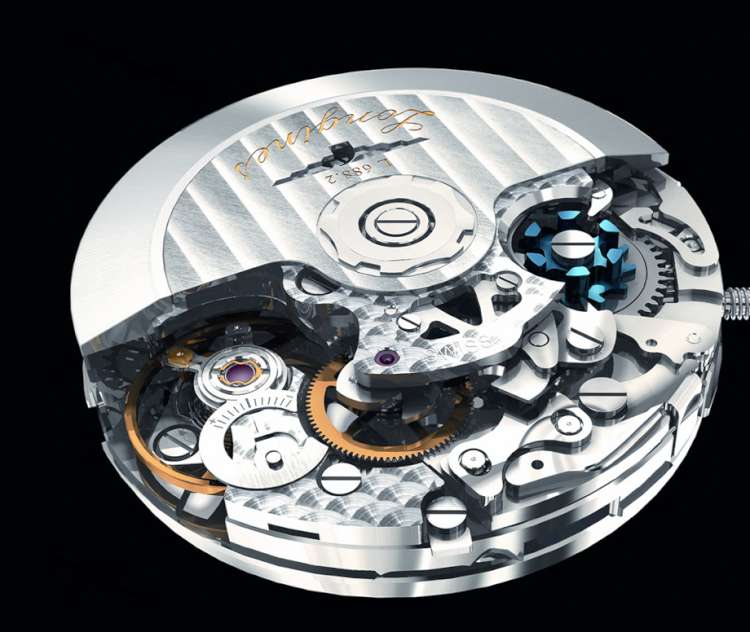 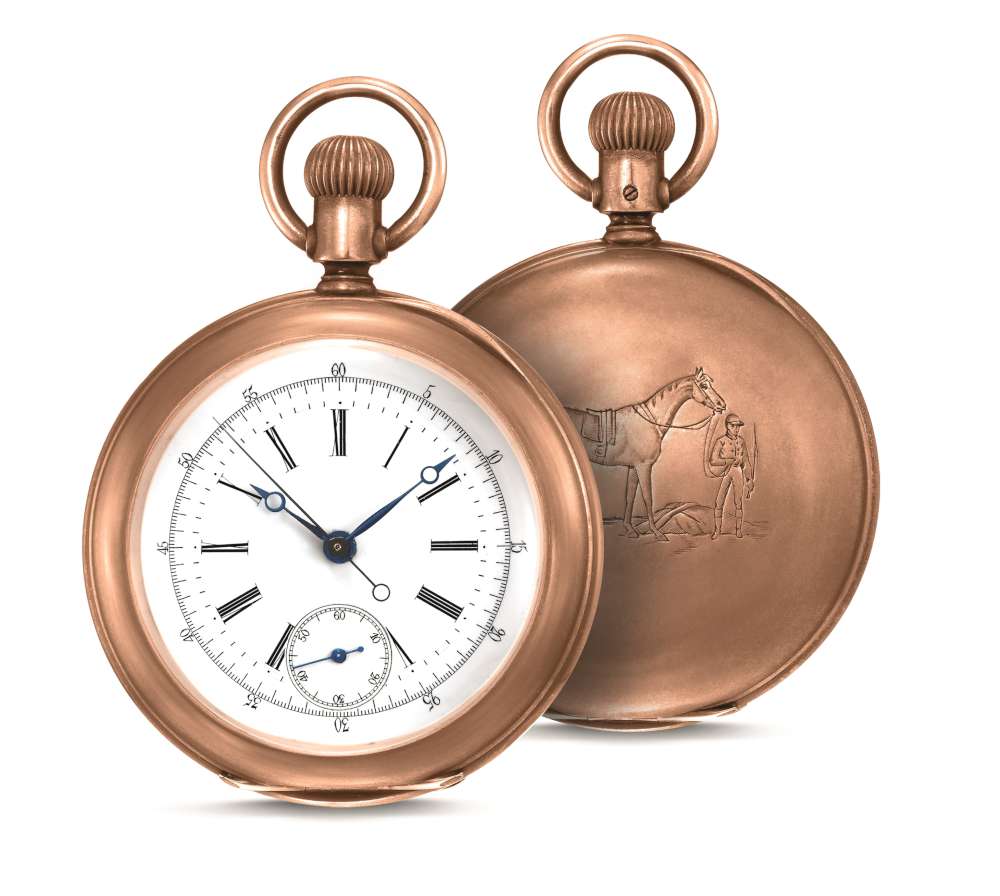