Watch companies have different approaches to re-editions. IWC, for example, prefers to redesign its historic pieces so that there is at least something new and you can easily tell the difference between the old and the new watch. Longines, whose new watches are predominantly classical pieces inspired by products from its past, prefers to retain the original appearance as closely as possible. 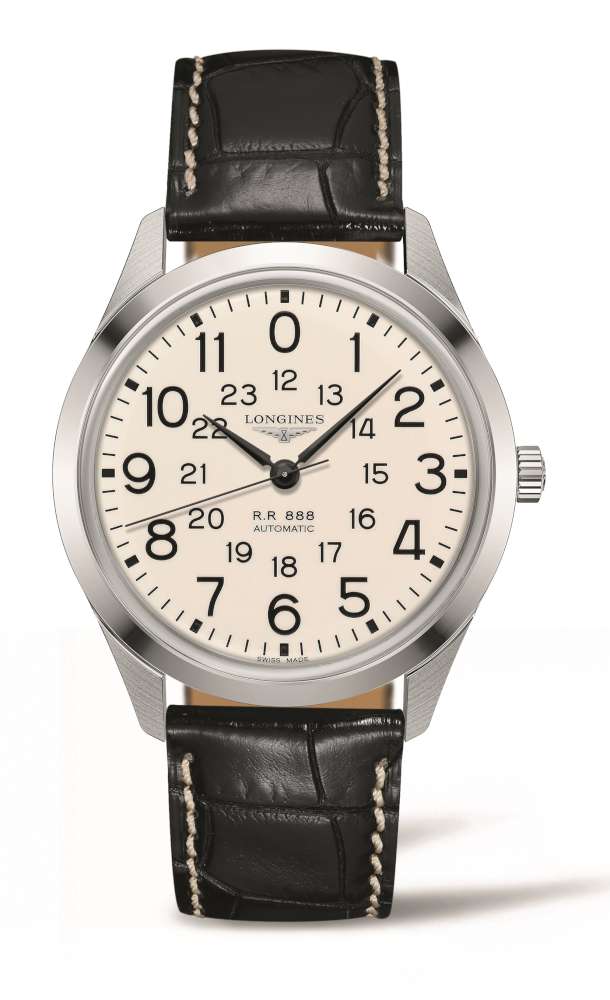 This piece is based on a model made in the 1960s, made specifically for railway companies. It has a 40 mm steel case, which suits current tastes better than the 1960s version that was 35 mm in diameter. The dial of the new piece is almost identical to the old model, the only difference being a more mellow shade of white for the dial, and the text “R.R. 888 automatic” instead of “R.R. 280” of the old watch. R.R. stands for railroad, 888 and 280 indicates the new and old movements respectively. The dial has a 24-hour layout and so starts from “0” at the top instead of the more usual 12. It is covered by a “box” domed sapphire watchglass, with a slight rise from the bezel, similar to the original mineral glass version. Water resistance 30 metres. The watch has a black alligator strap, with contrasting stitching that coordinates with the dial colour, and a steel pin buckle. 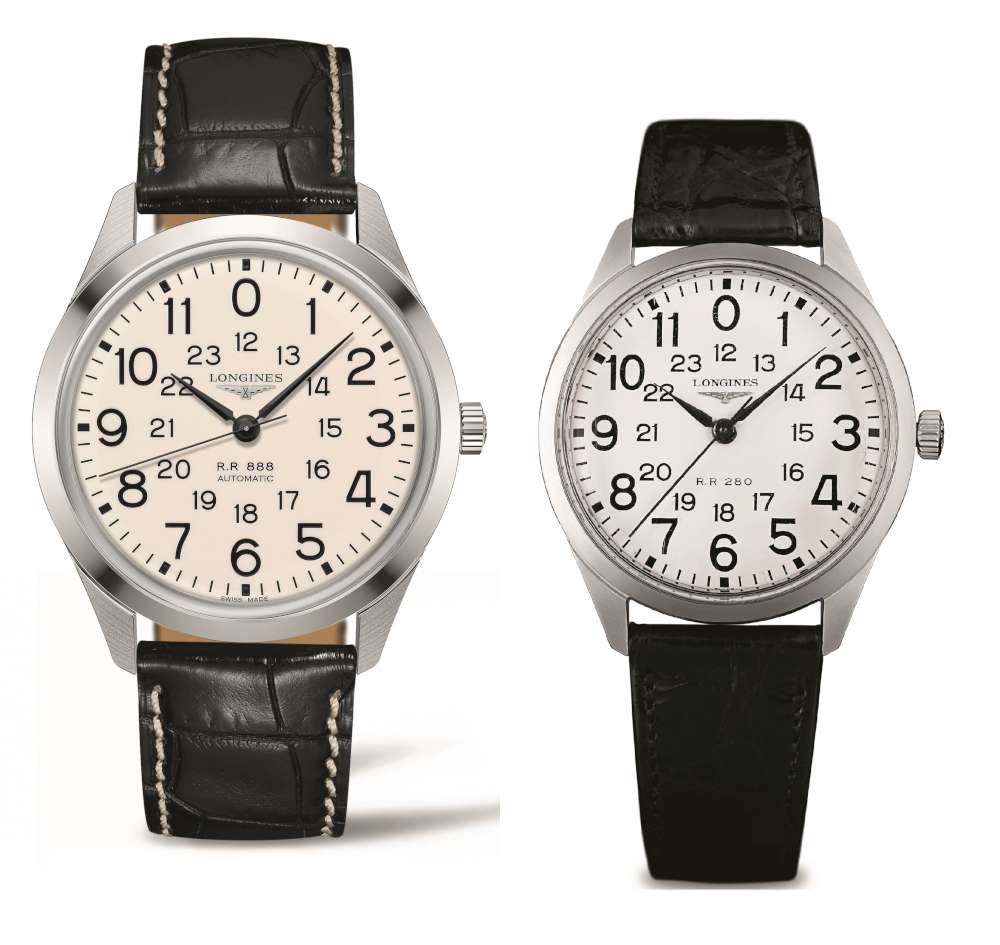 In the original the caseback was solid, and had just the indications “Longines – waterproof – antimagnetic – shock-absorber – Swiss made”. In the new version, Longines have added an engraving of a locomotive based on a 1920s pocket watch also made for railway companies. The R.R. 280 was in fact principally sold to American and Canadian railway companies and so the American looks of the locomotive are in keeping. 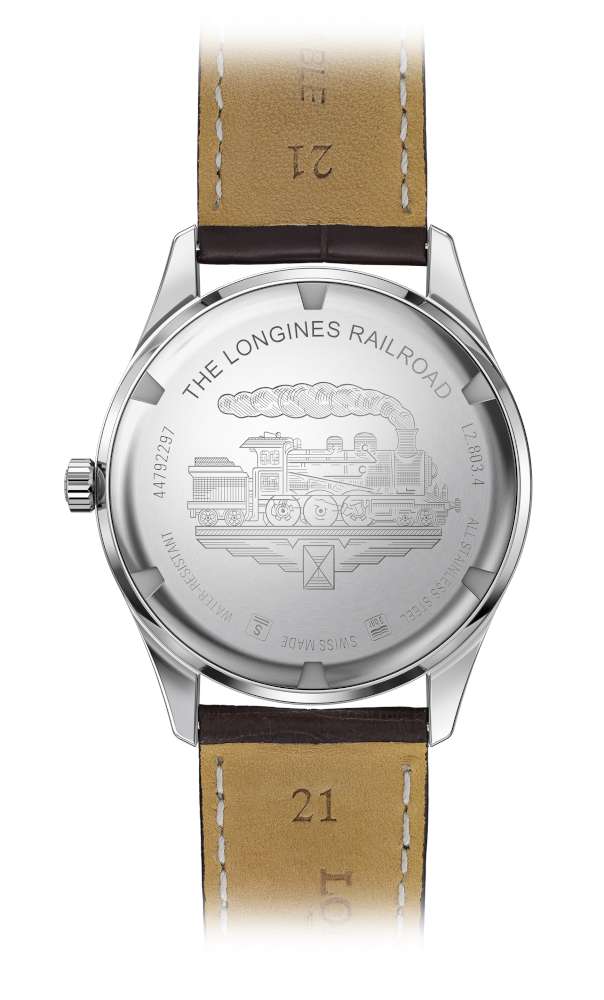 In the 1960s, watches for railway companies had to meet specifications of accuracy, that apparently called for a precision of no more than 30 seconds deviation per week, just over 4 seconds per day. That is close to the parameters of today’s COSC certification, and so gives an indication of the quality of the original watch. The new Railroad has the L888.2 calibre, made by ETA as the A31.L01. It runs at 25,200 vibrations per hour, 3.5 Hertz, and has a power reserve of 64 hours. It is one of the new generation of ETA movements, an upgraded ETA 2892, presumably with the longer mainspring that helps extend power reserve.