This watch was already part of the Patek Philippe range, but this year it has been introduced in a rose gold case, accompanying the existing versions in yellow and white gold. It is a hand-wound chronograph whose design is perfectly matched to its function. This makes it different to many chronograph watches in which the functional aspects are rather ignored, and the subdials have a principally decorative function (here is just one example). In the Patek Philippe 5170, the chronograph seconds scale at the edge of the dial is legible all the way around, down to each fifth of a second. Likewise the 30-minute subdial is equally clear, and the movement offers the advantage of advancing the minute hand instantaneously on completion of the minute. This may seem like a minor detail, but it makes taking readings much simpler and more intuitive.

Other user-friendly details include the stop-second function for precision time-setting, and a dynamometric winding crown. This eliminates any risk of damage to the winding assembly when you have reached the fully-wound state. At this point, the crown continues to rotate, but with a series of delicate clicks that indicate that the mainspring is as tight as it will go. 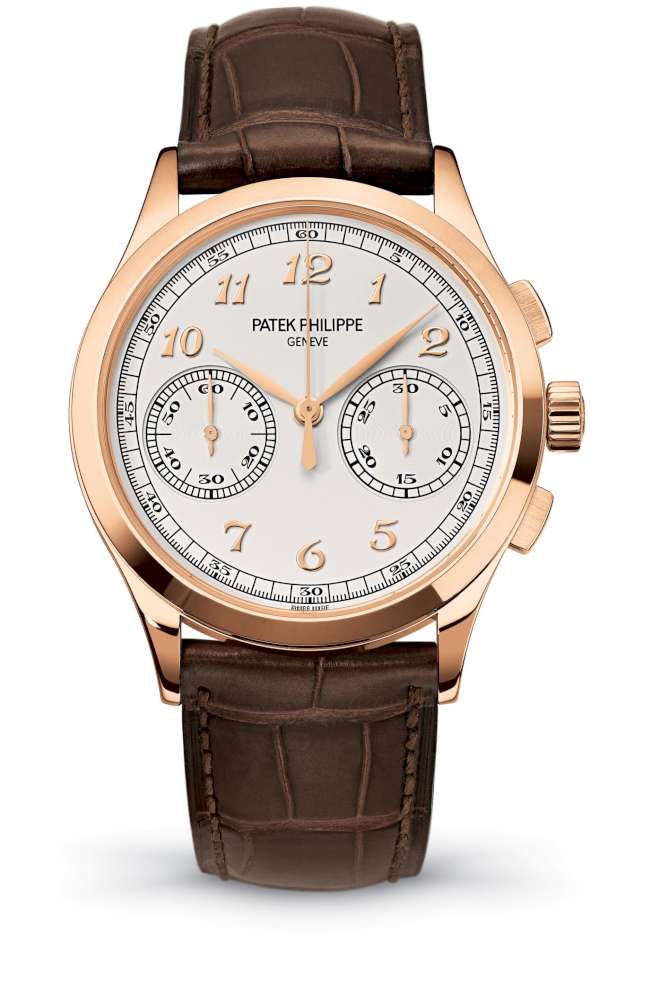 The watch is very traditional in its appearance, starting from the moderate case size of 39.4 mm. The case is water-resistant to 30 metres, and it is mounted on an alligator strap with fold-over clasp. The dial has applied Breguet-type numerals, and no date window. A black-dial version of the watch is also available. 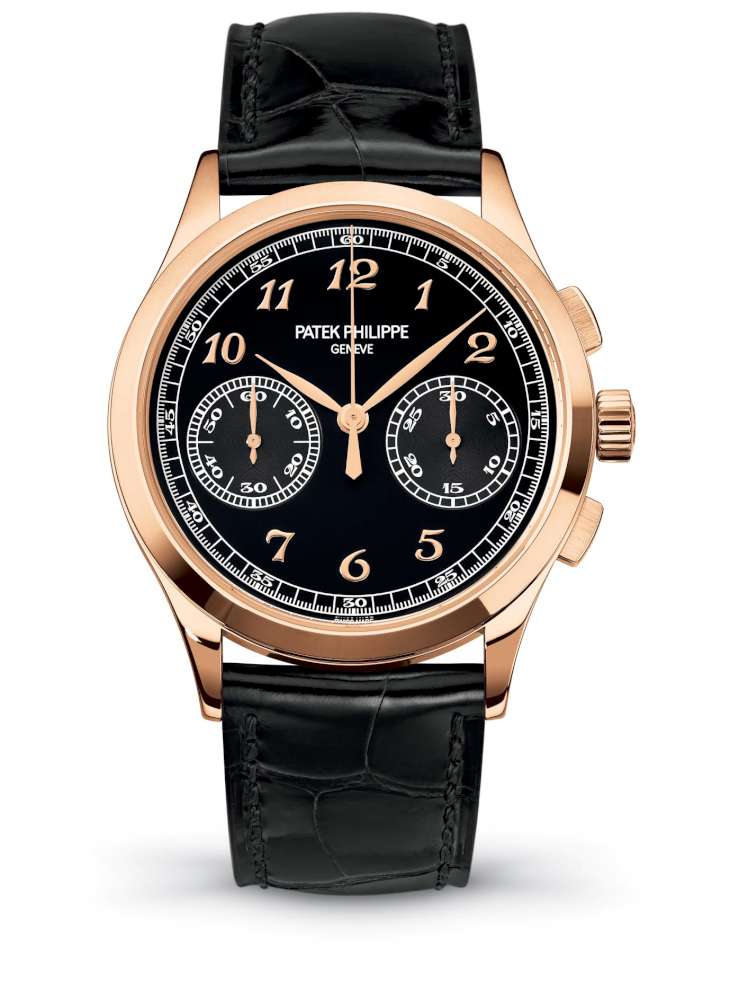 The caseback’s sapphire display window reveals the hand-wound CH 29-535 PS movement, which at first sight is also very classical, with its S-shaped clutch lever, and the two characteristic bridges typical of chronograph watches, the chronograph-wheel bridge and the minute-counter bridge. The movement is almost 30 mm in diameter and 5.35 mm in thickness, and so the complete watch is fairly slim. It provides a power reserve of 65 hours when the chronograph is not running, and 50 hours when it is running constantly. 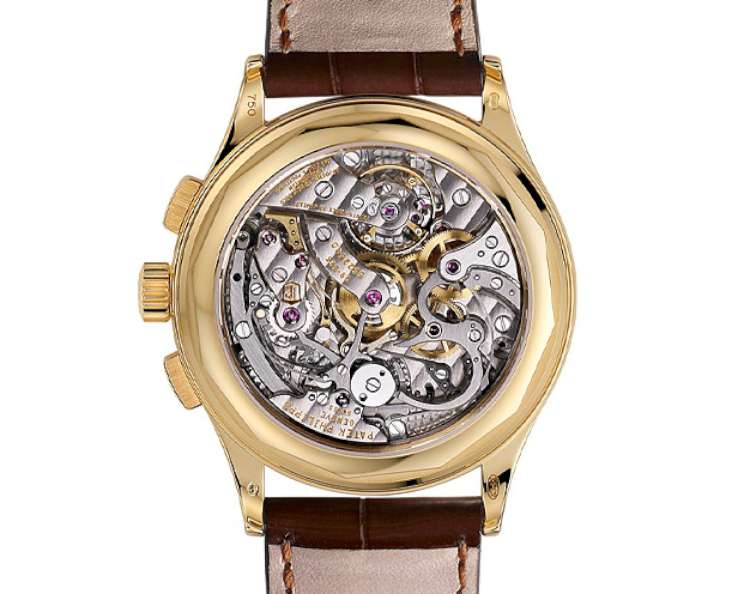 The movement has 269 components, and runs at 28,800 vibrations per hour, 4 Hertz. Even though a traditional crown-wheel chronograph movement, it incorporates six patented inventions devised by Patek Philippe during the five years that it took to develop the calibre. The movement is hallmarked with the Patek Philippe Seal, which refers to in-house tests that include a rate tolerance of -3/+2 seconds per day. In other words, better than COSC. 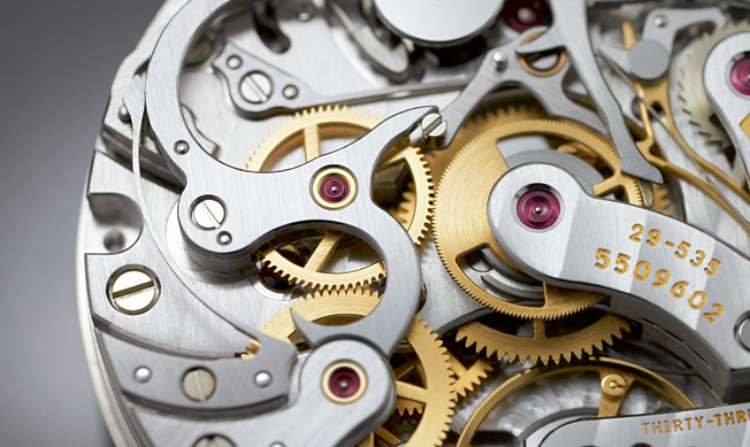 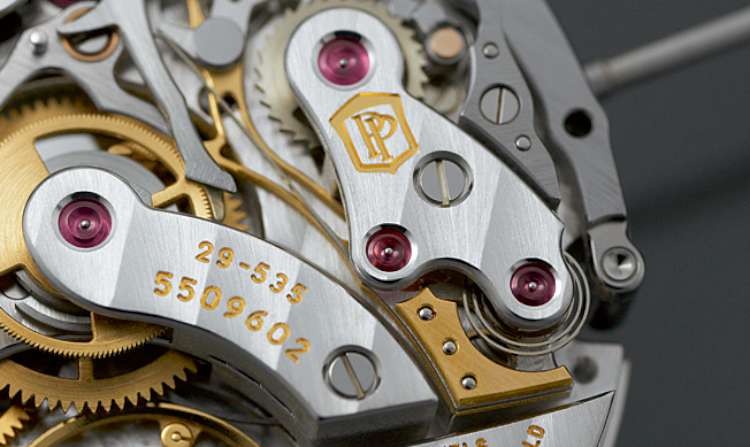